Welcome to the weird world of making and breaking records big, small, tall and crazy Bibi, the record holder for the most dice balanced on a cat. Picture: Guinness World Records

Amazing Australians and their world-beating achievements are a big feature of the new Guinness World Records annual.

The record book, which has been published every year since 1955, includes hundreds of awe-inspiring* human sporting and intellectual* achievements, death-defying*, risky stunts and incredible extremes of the natural world.

The book has its own world record as the best-selling copyrighted* book of all time.

And as the book’s popularity has grown in the 64 years since its first publication, so has the popularity of trying to create or break weird and wacky records.

Here are five of the Australian records featured for 2019, plus a few others we think you’ll enjoy. Remember, some records are crazy dangerous, so we don’t recommend you try to break those!

THE MOST FLOWER GIRLS AT A WEDDING: Charlene Pearson and Leon Watts The most flower girls in a wedding is 253, achieved at the wedding of Charlene Pearson and Leon Watts (both Australian) in Hita, Japan, on 2 April 2017. Picture: Guinness World Records

The most flower girls ever seen at a wedding was 253. This record was achieved by Australian couple Charlene and Leon when they married in Japan in April 2017. The couple wanted to break the record to bring joy to the city of Hita after an earthquake hit there a year before. Flower power! Daniel Bull is the world-record holder for youngest person to climb the seven summits and seven volcanoes challenge. He is standing on the summit of Mount Vinson, the top of Antarctica. Picture: supplied 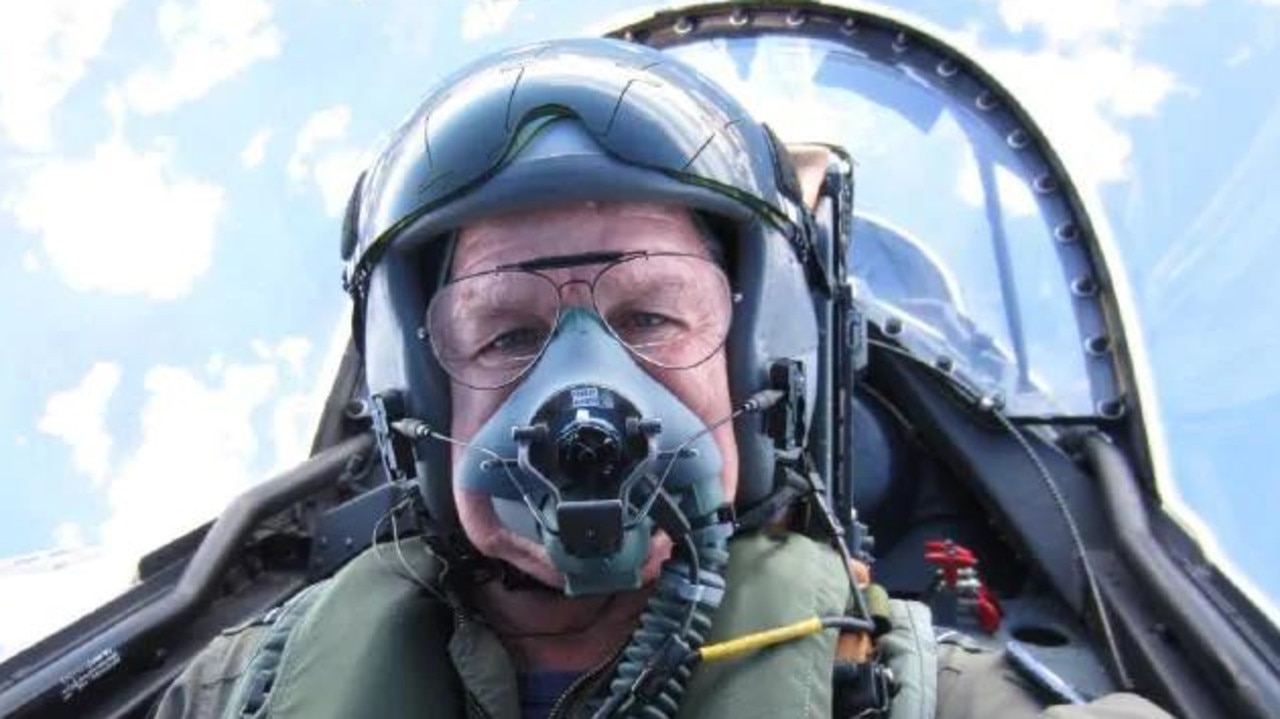 Phillip, 65, is the oldest active pilot at the Royal Australian Air Force Base in Williamtown, NSW — he broke the record in August 2017. The highest altitude skateboarding is 5355m and was achieved by Australian Aleks Stocki in Leh, Jammu and Kashmir, India, in 2017. Picture: Guinness World Records

No boarder has ever gone higher than Australian Aleks Stocki, whose skate at 3505m is the highest altitude skate ever recorded. It was achieved in Leh, Jammu and Kashmir, India in August 2017.

THE MOST UNDERWATER SOMERSAULTS WHILE SWORD SWALLOWING: Chayne Hultgren 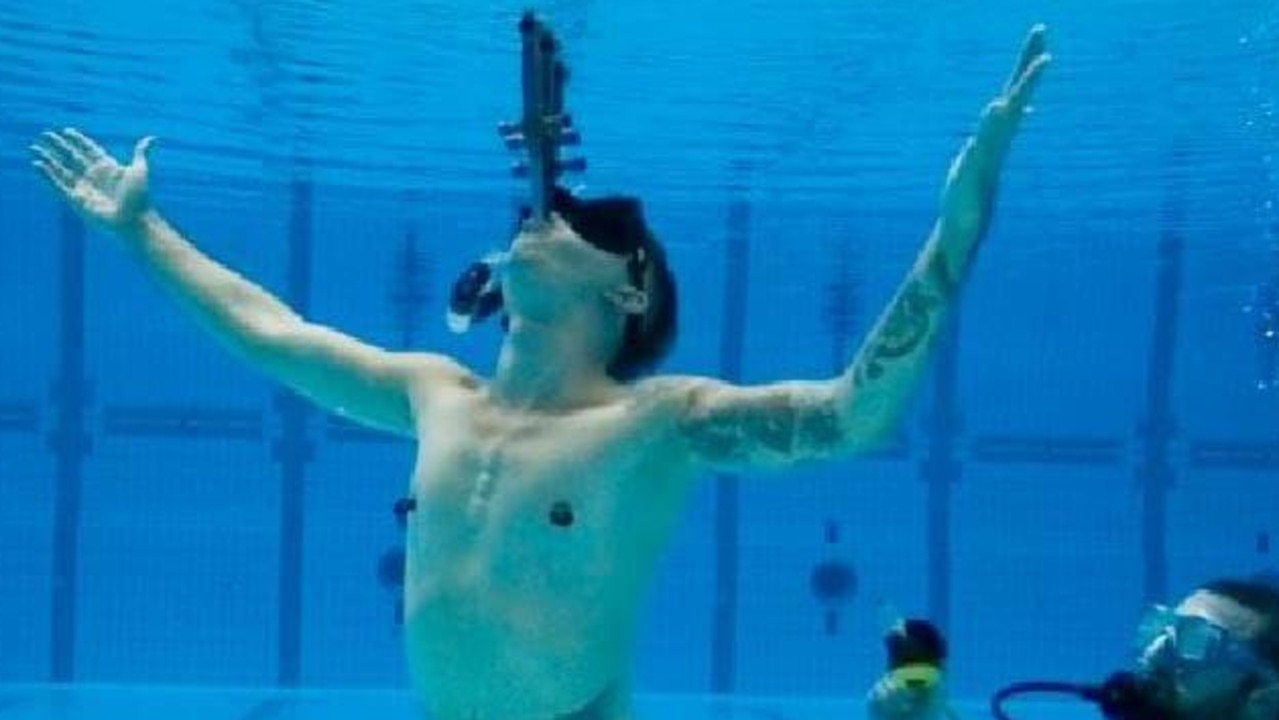 It’s pretty high stakes on the world stage if you want a break a world record — these guys (and pets) probably won’t give up their titles too easy.

THE MOST SAUSAGES MADE IN A MINUTE: Barry John Crowe

This man from Cavan, Ireland, can make a whopping 78 sausages in 60 seconds. Barbecue anyone? Barry John Crowe can make the most sausages in a minute. Picture: Guinness World Records

THE FASTEST MILE ON A POGO STICK: Drew McQuiston 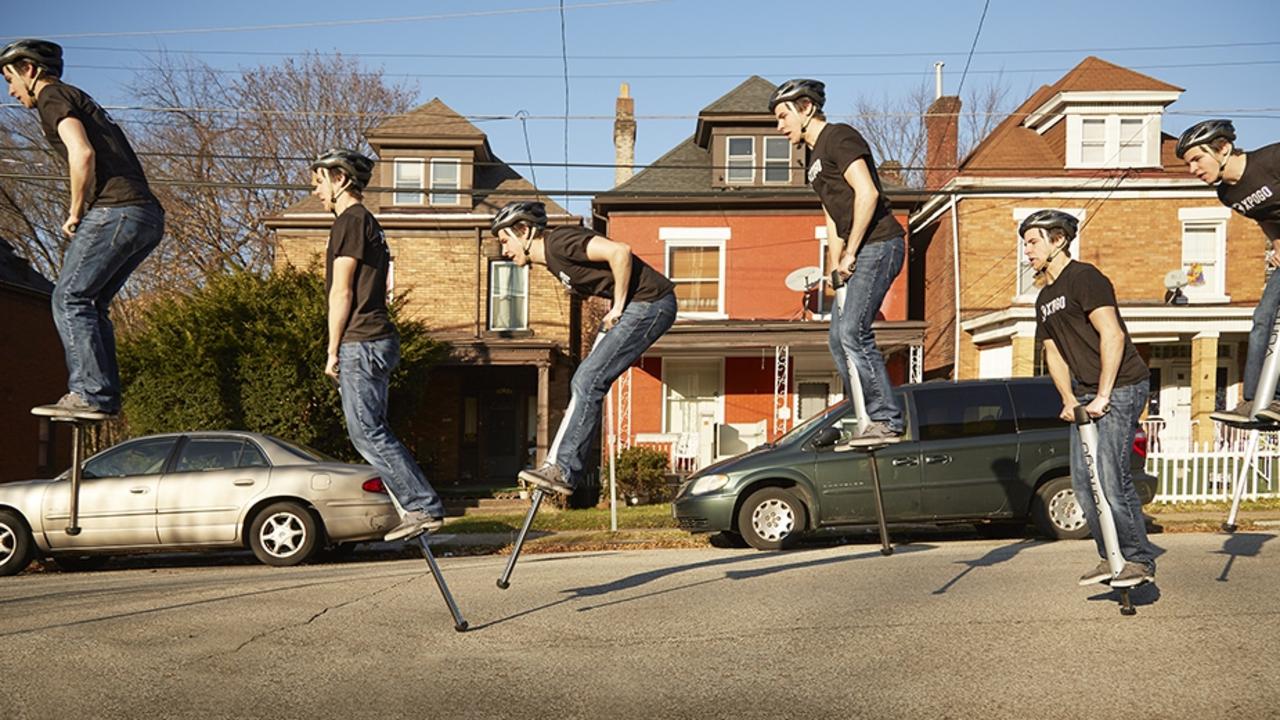 Boing! The American cracked a mile on a pogo stick in seven minutes and 40 seconds in Pittsburgh, Pennsylvania (US) in June 2017. A mile is equal to 1.6km. 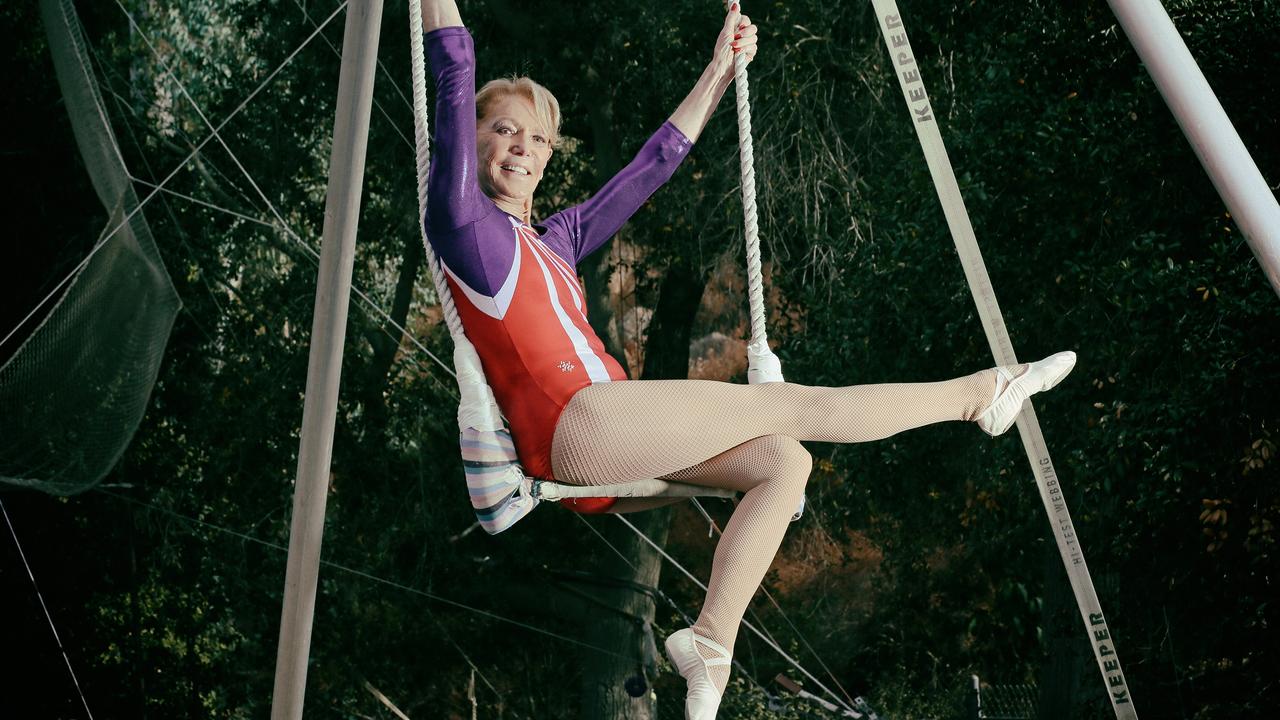 The 86-year-old Californian (US) woman holds this record for flying high in the sky.

THE MOST DOUBLE DUTCH SKIPS BY A DOG: Geronimo Geronimo, who did the most double dutch skips by a dog in one minute. Picture: Guinness World Records

This border collie kelpie cross can do 128 jump rope skips in a minute. When Ben tried to measure his record he had a problem — magpies. His family had to chase the birds away as he measured it. 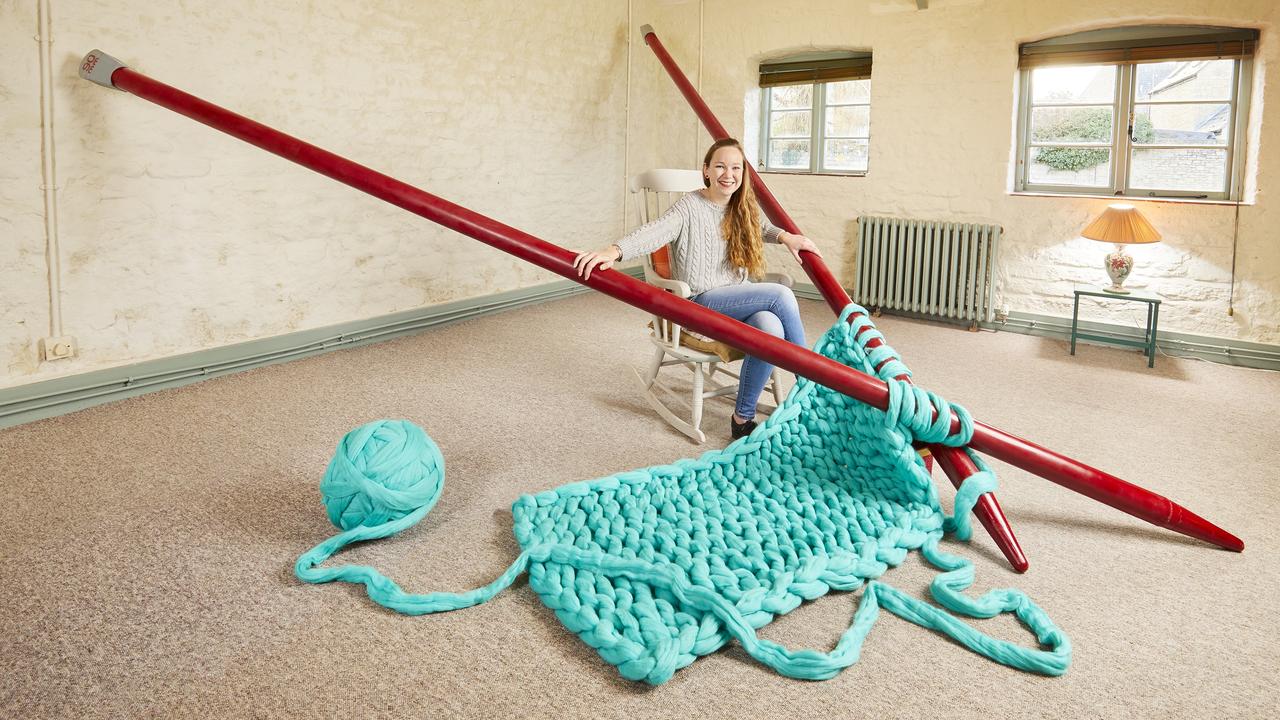 The UK art student unveiled her giant needles at an end-of-year exhibition. They’re 4.4m in length and 9cm diameter*. Yes, she can even knit with them.

THE MOST DICE BALANCED ON A CAT: Bibi Bibi, the record holder for the most dice balanced on a cat. Picture: Guinness World Records

This cat doesn’t have time for chasing mice. Bibi likes to balance things on his paws.

There is no shortage of ideas for world-record attempts. Here are a few more!

CLASSROOM ACTIVITIES
1. Write the story
Imagine you were a reporter for Kids News and were able to interview three of these Guinness World Record holders. Write some questions you would ask the record holders. Come up with at least 8 questions. They do not have to be spread evenly across the three interviewees. Try and make your questions interesting and specific to the record they were able to break.

Ben Mooney – What do you plan to do with all those paperclips now?

Write an entry into the Guinness World Record book for each of these three record holders. Include details of the world record they hold and a picture of them completing their attempt. (This can be drawn.) Also include an answer to the questions you wrote above. You will need to think of a plausible yet interesting answer to your questions.

Ben plans to donate the paperclips to local schools to reuse.

2. Extension
Some of these world records are certainly a little strange but perfectly safe to attempt.

Can you think of a world record you would like to create or break?

For a record to be considered it needs to be measured objectively (measured by time, distance, number, weight, not by subjective qualities like prettiness, or friendliness etc.) The record needs to be able to be challenged and attempted again by someone else. Make sure your suggestion is not too specific that no one else can replicate it. If you wish to break a record that already stands, include what the current record is and how much you wish to pass this by.

Think of a world record that is safe for someone your age to attempt. Be as original in your application as you can.