Sri Lanka's Jehan Mubarak and India's Rohit Sharma watch as a monkey runs past them during the third day of their first test cricket match in Galle, Sri Lanka, August 2015. Picture: Reuters

There are, however, far, far more animals of other species on Earth than there are humans.

Scientists and mathematicians sometimes try to work out how many animals there are but they’re mostly guessing. The numbers are too big and there are too many unknowns to be accurate.

We do know with some certainty there are about a billion sheep, about 1.5 billion head* of cattle and around 19 billion chickens. There may even be about 600 million small cats in the world.

We are absolutely outnumbered!

Is it any wonder that sometimes an animal doesn’t walk politely around the boundary line of a soccer match or wait at the side of the road for the peloton* to go past in a big bike race?

Sometimes, they walk right on through. And that makes a great photo.

Here are some photos we really like of animals interrupting sports. Which is your favourite? Which animal would you like to see interrupt which sporting competition? The pack of riders cycles past sheep during the 17th stage of the Tour de France from Pau to Tourmalet Pass, July 2010. Picture: Reuters 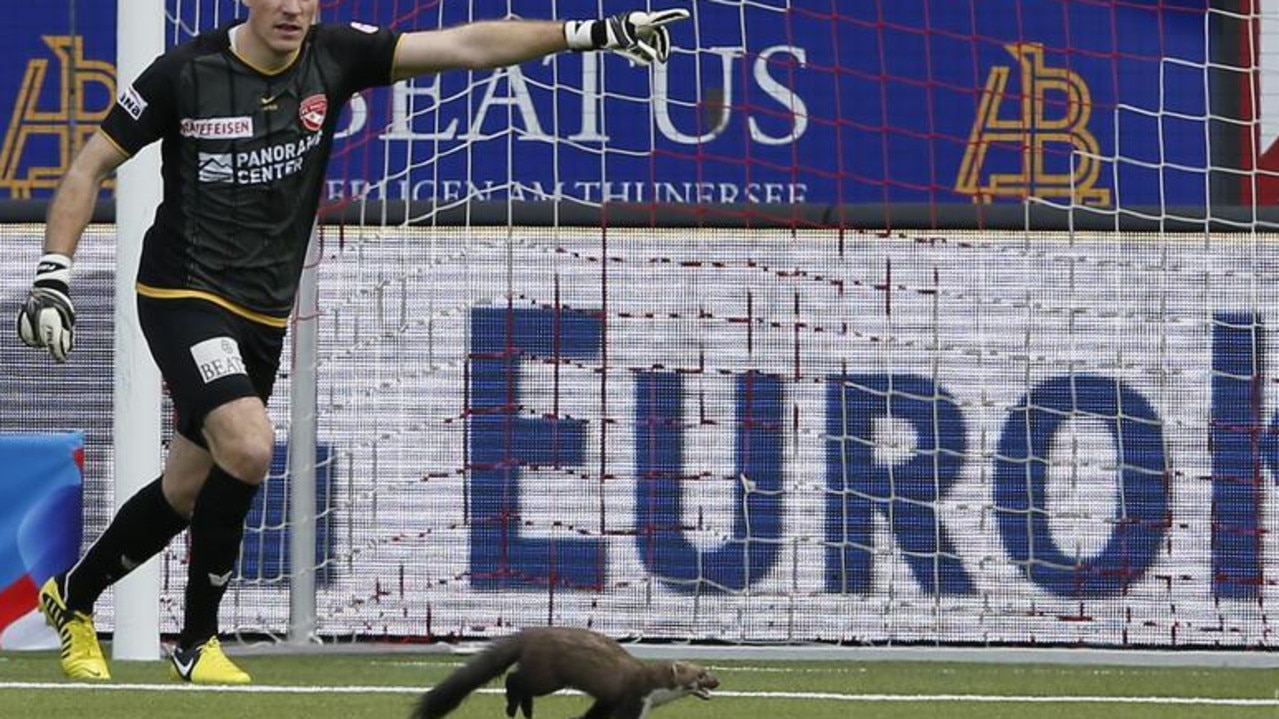 FC Thun’s goalkeeper Guillaume Faivre shows the way out to a marten running on the pitch during their Swiss Super League match against FC Zurich in Thun, Switzerland, March 2013. Picture: Reuters A bees nest is removed from the goalposts before a game between the Blackburn Rovers and Oldham Athletic in Oldham, UK, July 2015. Picture: Action Images/Ed Sykes An alligator approaches the 18th hole during the third round of the Zurich Classic golf tournament at TPC Louisiana, US, April 2019. Picture: USA TODAY Sports Serbia’s Viktor Troicki watches a bird fly away after it landed on the court during his first-round match against Spain’s Daniel Munoz de la Nava at the Australian Open, Melbourne, January 2016. Picture: Reuters 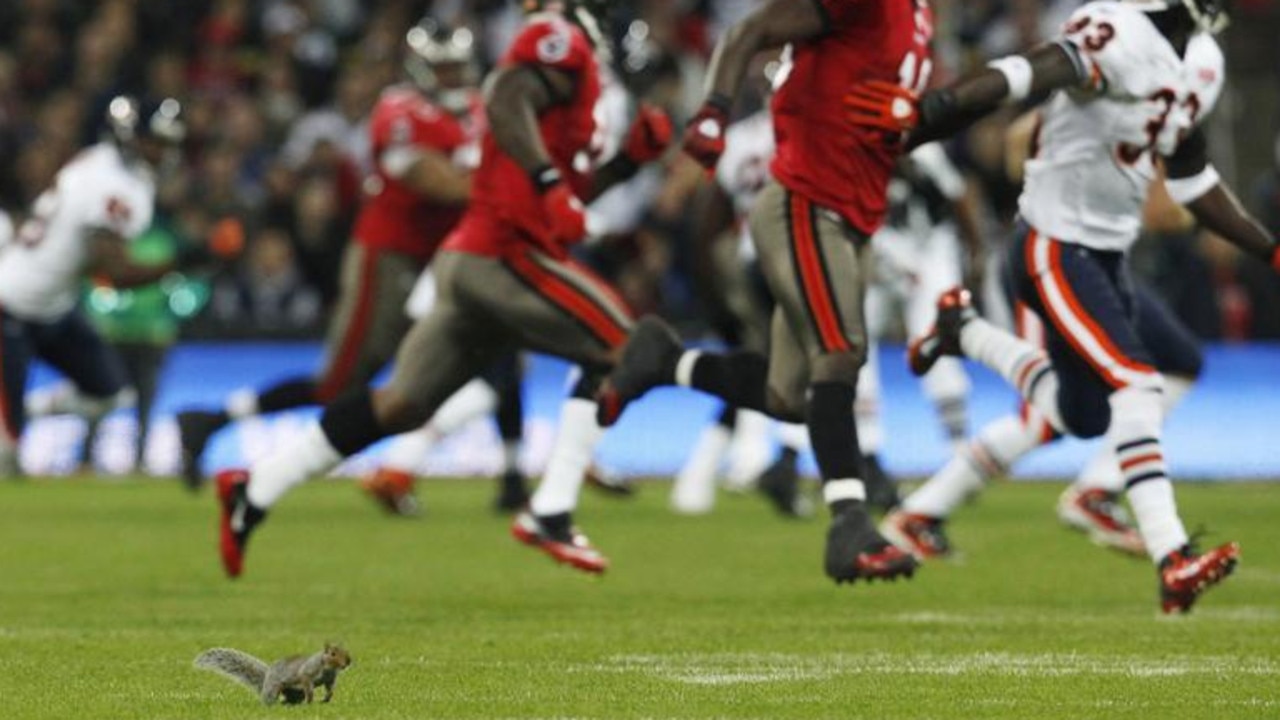 A squirrel runs on the field during the NFL game between the Chicago Bears and Tampa Bay Buccaneers at Wembley stadium in London, UK, October 2011. Picture: Reuters A lynx crosses the finish area during training for the men’s downhill race of the Vancouver 2010 Winter Olympics, February 2010. Picture: Reuters A kitten strays onto the pitch during the Super Cup final between Birkirkara and Valletta at Ta’ Qali National Stadium outside Valletta, Malta, August 2010. Picture: Reuters A wild rabbit runs on the track during the qualifying session for the Italian Grand Prix at the Mugello circuit in Italy, May 2015. Picture: Reuters 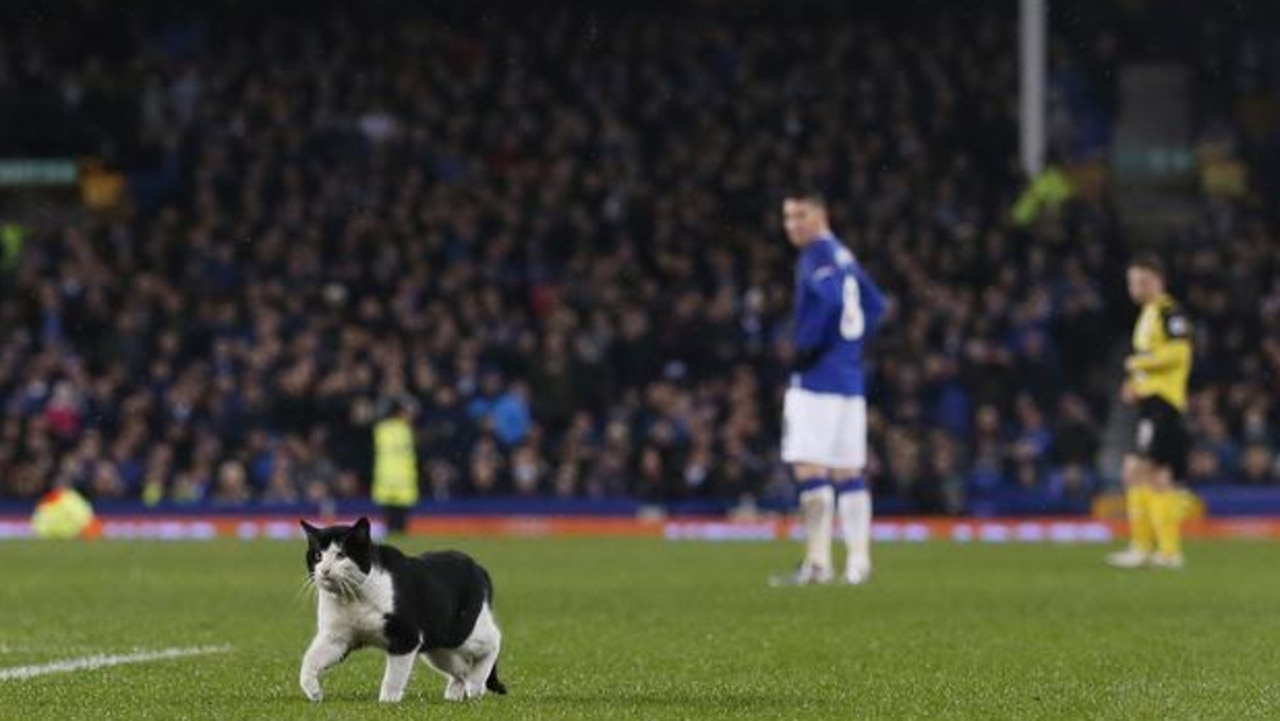 A cat on the pitch during the 2016 FA Cup third round match between Everton and Dagenham & Redbridge. Picture: Action Images via Reuters 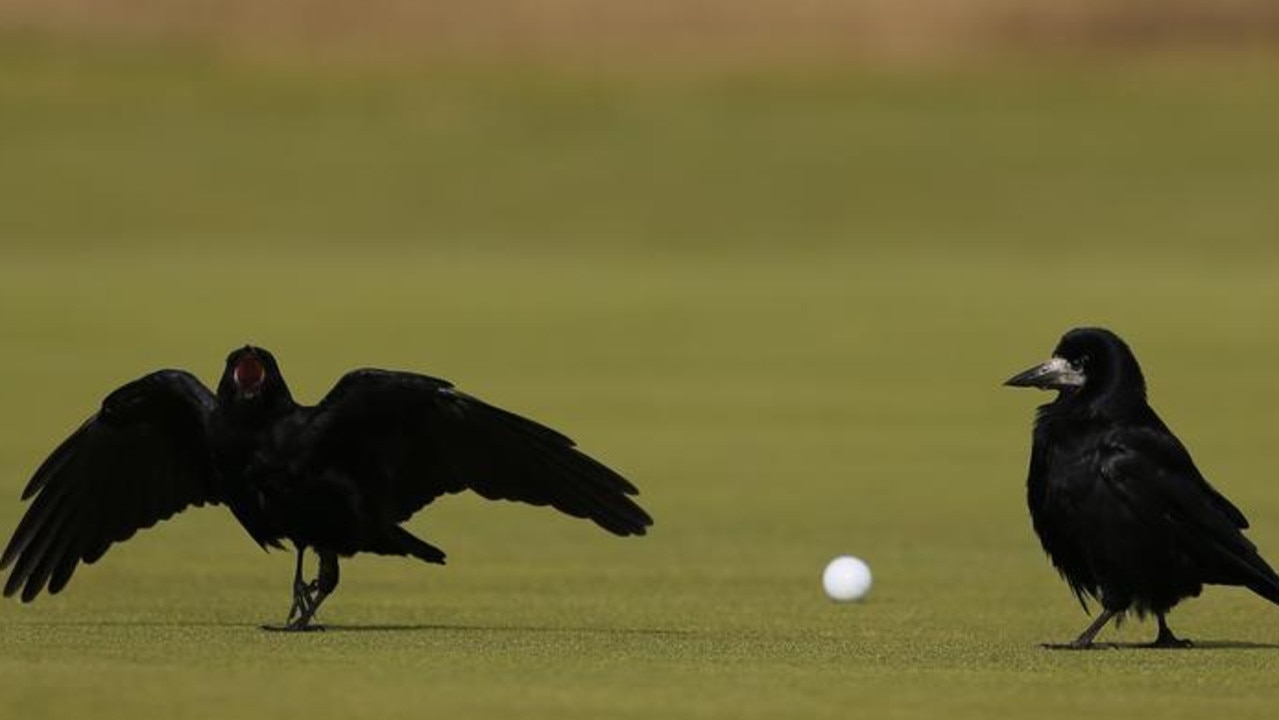 A pair of rooks walk past a golf ball on the ninth hole during the first round of the British Open on the Old Course in St. Andrews, Scotland, July 2015. Picture: Reuters 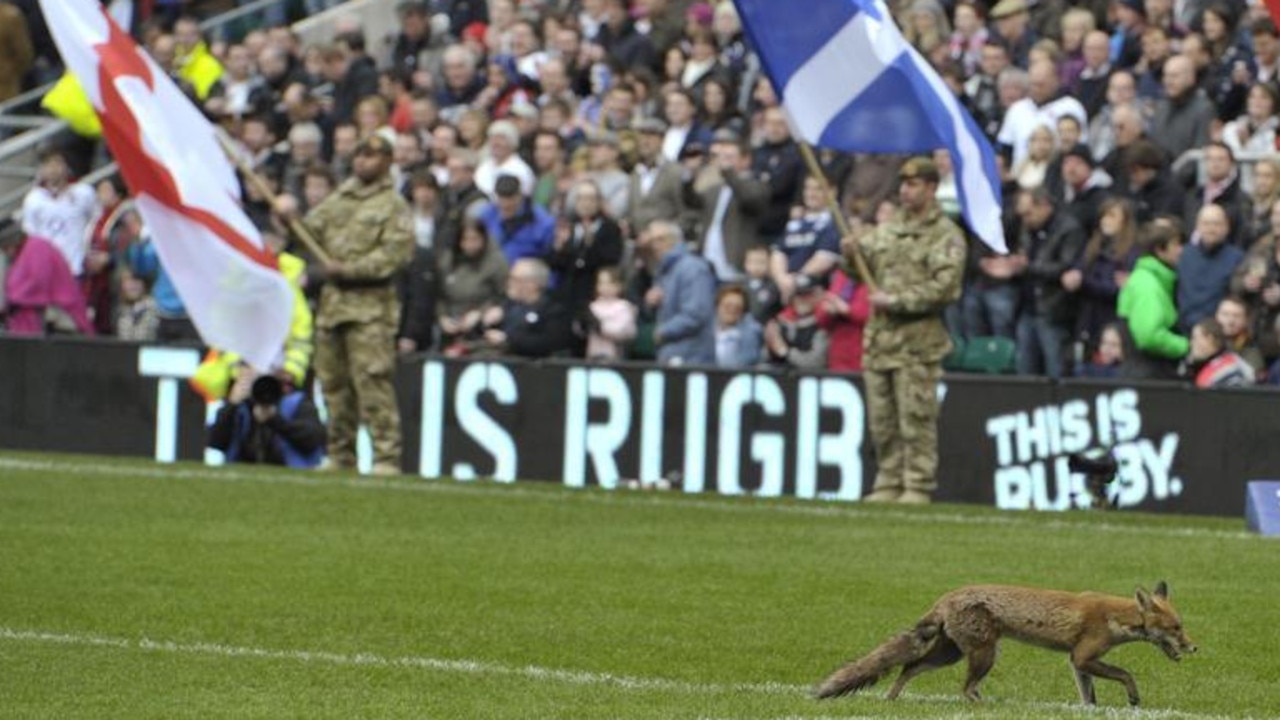 A fox runs across the pitch at the start of the Six Nations rugby union match between England and Scotland at Twickenham in London, UK, March 2011. Picture: Reuters Sweden’s Joel Sjoholm gestures towards a family of swans during the final of the International Golf Open in Pulheim, near Cologne, Germany, June 2012. Picture: Reuters

CLASSROOM ACTIVITIES
1. From the commentator’s box
Large sporting events are often televised or broadcast on the radio, with commentators talking us through the action. Choose one of the photographs from the collection and write a script of what you think the commentators might have said about what was happening. Your script should include the voices of two or more commentators and should be reflective of the type of commentary you would expect to hear for the sport you have chosen (e.g. the commentary for golf is likely to be more serious than for a soccer game). Use your imagination to make up some of the details if you need to.

Once your script is complete, read it aloud to a partner. Make sure you use different voices for each of the commentators and use expression to capture the mood.

2. Extension
Write some clever headlines to go with pictures in the collection. See if you can use literary devices such as alliteration or puns to make your headlines humorous or interesting.

VCOP ACTIVITY
Cat-astrophe
Most of the animals interrupting sports in these pictures are cats. Do you think they are doing it on purpose? After all, we know cats love attention and they can’t get much more attention than a stadium full of people.

Write a journal entry from one of the animals’ perspectives. Decide if it was accidental or on purpose.

What sport did you interrupt? How did they react? Would you do it again?

HAVE YOUR SAY: Which is your favourite photo? Which animal would you like to see interrupt which sporting competition?
No one-word answers. Use full sentences to explain your thinking. No comments will be published until approved by editors.