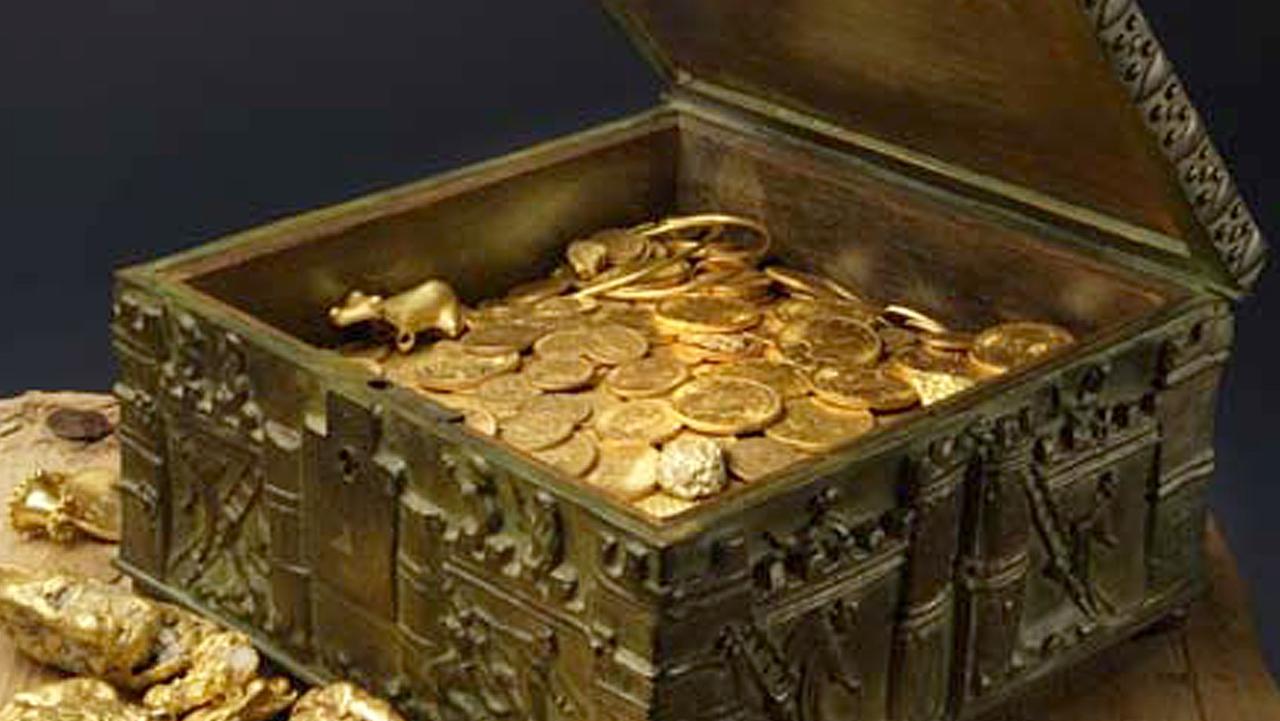 A tricky poem full of secret clues has the answer to where a real chest of treasure is buried.

It might sound like a made-up story from a children’s pirate book, but this treasure hunt is true. And if anyone can solve the puzzle in the poem, they will know exactly where to find the buried fortune*.

Millionaire art dealer and archaeologist*, Forrest Fenn, started the search in 2010 when he claimed he had hidden a chest filled with gold and coins somewhere in the Rocky Mountains near the state of New Mexico in the United States.

The treasure is worth about $2.55 million and the clues to its location were published in a book about Mr Fenn’s life called The Thrill of the Chase. 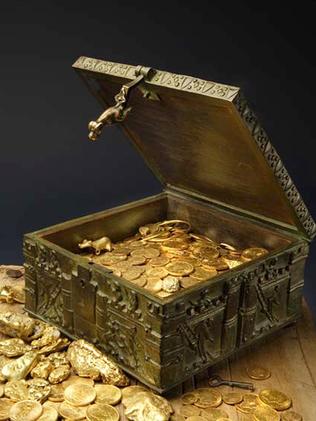 The map and clues. Picture: Benchmark Maps/Courtesy of Forrest Fenn

Mr Fenn spent 15 years planning the hunt after he was told he had cancer and it made him feel like he needed to do something to give back to society.

The chest is rumoured to contain hundreds of gold nuggets, some as large as chicken eggs, with Mr Fenn’s goal being to get people off the couch and out into the wilderness.

Unsurprisingly, the challenge sparked a modern-day treasure hunt, with people risking their lives to find the prize.

There are websites dedicated to solving the clues and finding the treasure.

In an interview with news.com.au in 2014, journalist Nick Lazaredes, who previously reported on Mr Fenn’s treasure for SBS, said the treasure hunters ranged from being “obsessed” to “mad”. Millionaire Forrest Fenn wanted to give something back to society after he was diagnosed with cancer.

“The authorities* aren’t really happy with him. Yellowstone National Park (rangers) would like him to come out and say (where the treasure is) but without that there’s not much they can do.”

So far, four people have died while hunting for the treasure.

After eight years and no discovery, some people are starting to wonder if there is any treasure at all. But Mr Fenn has repeatedly said the chest of riches is still out there where he first left it.

So if you fancy yourself as a treasure hunter or you are good at riddles, here is the list of clues that will lead to the treasure. Good luck!

As I have gone alone in there
And with my treasures bold,
I can keep my secret where,
And hint of riches new and old.

Begin it where warm waters halt
And take it in the canyon down,
Not far, but too far to walk.
Put in below the home of Brown.

From there it’s no place for the meek,
The end is ever drawing nigh;
There’ll be no paddle up your creek,
Just heavy loads and water high.

If you’ve been wise and found the blaze,
Look quickly down, your quest to cease,
But tarry scant with marvel gaze,
Just take the chest and go in peace.

So why is it that I must go
And leave my trove for all to seek?
The answers I already know,
I’ve done it tired, and now I’m weak.

So hear me all and listen good,
Your effort will be worth the cold.
If you are brave and in the wood
I give you title to the gold.

fortune: a large amount of money

archaeologist: a person who studies human history and prehistory through digging up sites and the analysis of bones and other physical remains.

ancient: belonging to the very distant past and no longer in existence

authorities: a person or organisation in control or power

1. A treasure of your own

Draw and cut out a picture of a treasure chest and write your name on the back. Hide your treasure somewhere in your classroom or in your school yard.

Now write your own poem containing a set of clues that will help lead someone else to find your treasure. Make your clues tricky enough to pose a challenge without being so difficult that nobody can work them out.

Swap poems with a friend and see if you can find the secret location of each other’s hidden treasure.

Extension: Another way to direct somebody to a hidden treasure is to make a map. Create a map that shows where your treasure is hidden.

The wording of the poem at first seems a little confusing but if you break it into smaller parts it can be simplified and the meaning becomes clearer.

Start with the first verse. Read it carefully, think it through and write one sentence that rewords the message in a simpler way. (Use a dictionary or thesaurus to help with the meaning of unknown words.) Repeat this process for each verse until you have a much simpler summary of the poem.

Extension: Choose three words from the poem that you were unfamiliar with and write them in new sentences to show that you now understand their meaning.

IN ONE SENTENCE, TELL US WHAT YOU LIKE ABOUT TODAY’S STORY
Please do not use one-word answers. Use lots of adjectives to explain what you enjoyed or found interesting in today’s story.