Movie review: Frozen II is confident, funny and perfect for kids who loved it five years ago All the main characters including Elsa, Anna, Kristoff and Sven return in Frozen II.

If you watched the hit* animated movie Frozen five years ago and are wondering if the sequel* will be just as good, you can breathe a sigh of relief — it’s great!

The pressure to capture the magic of the $1.2 billion success of Frozen must have been terrifying for all concerned at Disney, but you wouldn’t know it from this confident, ambitious* and funny film.

It’s even clever enough to realise its original audiences are five years older, but still wanting that fairytale feeling.

Anna and Elsa are living seemingly* happy lives in Arandelle.

Anna and Kristoff are deeply in love, but Elsa is troubled by a strange voice that keeps calling to her.

This calling uncovers a deep, magical curse held over an enchanted forest, which can only be broken with the help of … you guessed it … two sisters and a miniature* snowman.

Elsa must learn to channel her powers as she and Anna work with Kristoff and Olaf to learn more about the mystery of their kingdom*. Anna and Olaf in a scene from Frozen II. Picture: Supplied by Disney

Frozen II feels like a more grown-up film, with plenty of thrilling scenes lifting the film from its more emotional moments.

The undeniable* star of the show is Olaf (voiced by Josh Gadd). The adorable snowman is a

hilarious, scene-stealing* character that everyone will love. 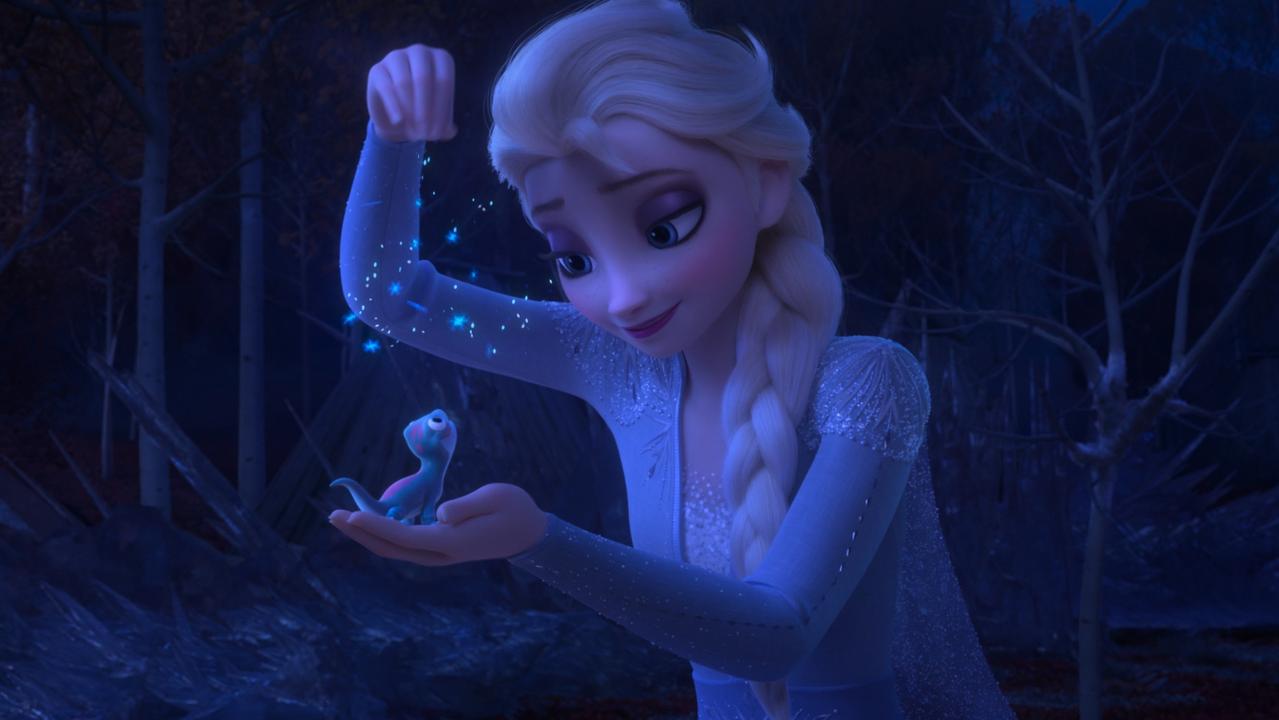 Elsa is troubled by a strange voice in Frozen II. Picture: Supplied by Disney

And while this new movie is missing a hit song (there’s nothing close to Let it Go), it is a brilliant sequel that most kids will love.

Get ready for a jellyfish boom

CLASSROOM ACTIVITIES
1. Draw in your audience
Based on the small amount of information you know about the movie Frozen II, write a very short ‘teaser’ for the film designed to intrigue potential viewers and draw them into the mystery so that they will want to see the film. Your teaser can be no longer than 3 sentences and the last of these must be a question.

2. Extension
Think of another movie that is a favourite for you… wouldn’t it be great if they made a sequel to that? Draw up a storyboard showing what you would like to see happen in the sequel of your chosen movie.

HAVE YOUR SAY: Do you usually enjoy sequel movies as much as the original?
No one-word answers. Use full sentences to explain your thinking. No comments will show until approved by editors.