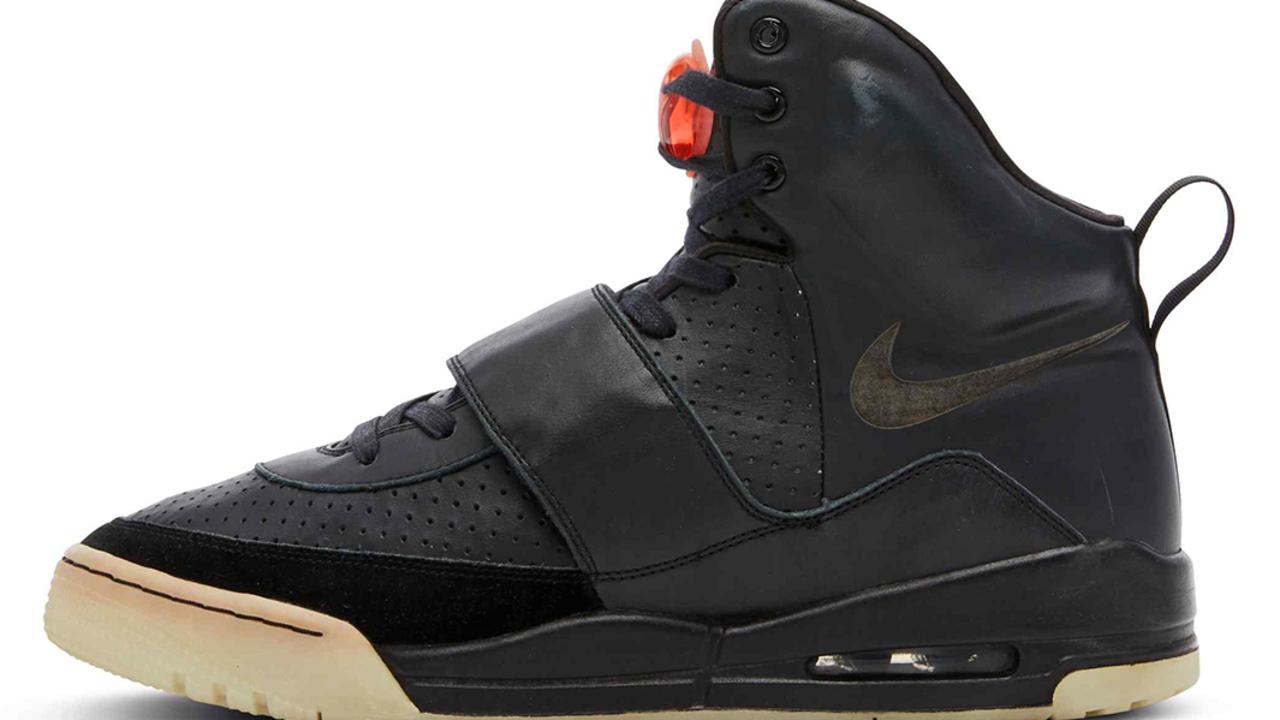 The Nike Air Yeezy 1 Prototype sneakers worn by Kanye West at the 2008 Grammy Awards have sold for a record $US1.8 million. Picture: Sotheby's

The Kanye West sneakers that put athletic shoes on fashion runways around the globe have sold for $US1.8 million ($2.32 million Australian), a new world record price for a pair of sneakers.

They were first unveiled* during West’s performance at the 2008 Grammy Awards. 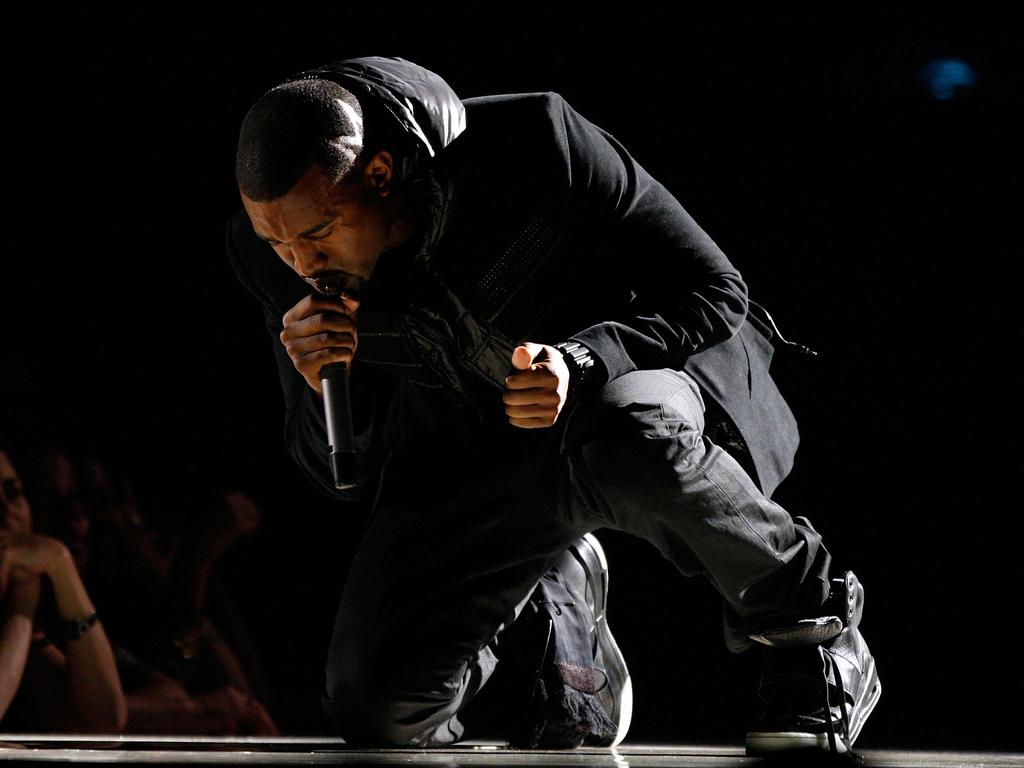 The sneakers were bought by RARES, a company that buys expensive shoes and then allows other buyers to purchase a share of the items as an investment.

The private sale by Sothebys on April 26 shattered the current auction record for sneakers. That record is $US560,000 ($723,000 Australian) that Sotheby’s scored in May 2020 for a pair of 1985 Air Jordan 1s, designed for and worn by basketball great Michael Jordan.

They were put up for sale at Sotheby’s by New York collector Ryan Chang.

West wore the sneakers performing songs Hey Mama and Stronger at the 2008 Grammy Awards, setting off a social media frenzy. The black high-top Yeezys were bought by RARES. Picture: AFP photo/courtesy of Sotheby’s.

West ended his collaboration* with Nike in 2013 and took the brand to competitor Adidas, where the Yeezy brand of sneakers brought in an estimated $US1.7 billion ($2.2 billion Australian) in sales in 2020, according to Forbes.

Sotheby’s head of streetwear and modern collectables, Brahm Wachter, said: “The sale speaks volumes of Kanye’s legacy* as one of the most influential clothing and sneaker designers of our time.”

CLASSROOM ACTIVITIES
1. Sharing opinions
In a group of 3 or 4, take turns to share your opinion on whether you think $US1.8 million is a fair price to pay for a pair of shoes. Each person should state their opinion and explain the reasons for their point of view. Allow each person to speak without interruption; jot down any thoughts, counter-arguments or questions you might have for them. Once everyone has had their turn, go around the group again to share and respond to one another’s comments and questions. Practise responding respectfully, even when your opinions differ.

Following your discussion, each person should jot down a brief (1-2 sentences) summary of what each person in your group thought.

2. Extension
Design the greatest pair of shoes in the world! Draw them and add labels to explain the amazing features. Make them as crazy as you dare!