Harriet the kindy monkey gets left behind with the Queen 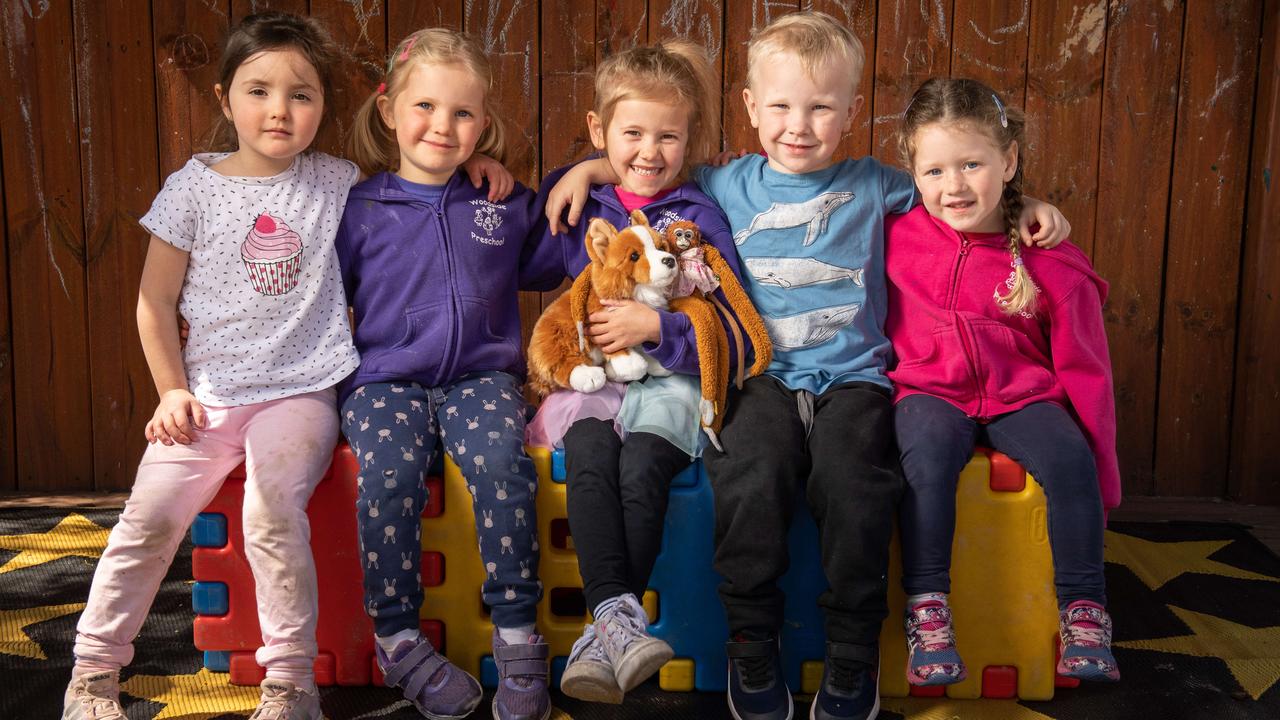 A toy monkey from an Australian kindergarten has had an unexpected big adventure at the Queen’s house, Buckingham Palace.

Harriet the monkey belongs to the children of Woodside Preschool in South Australia. Her job is to go with the children on their holidays. 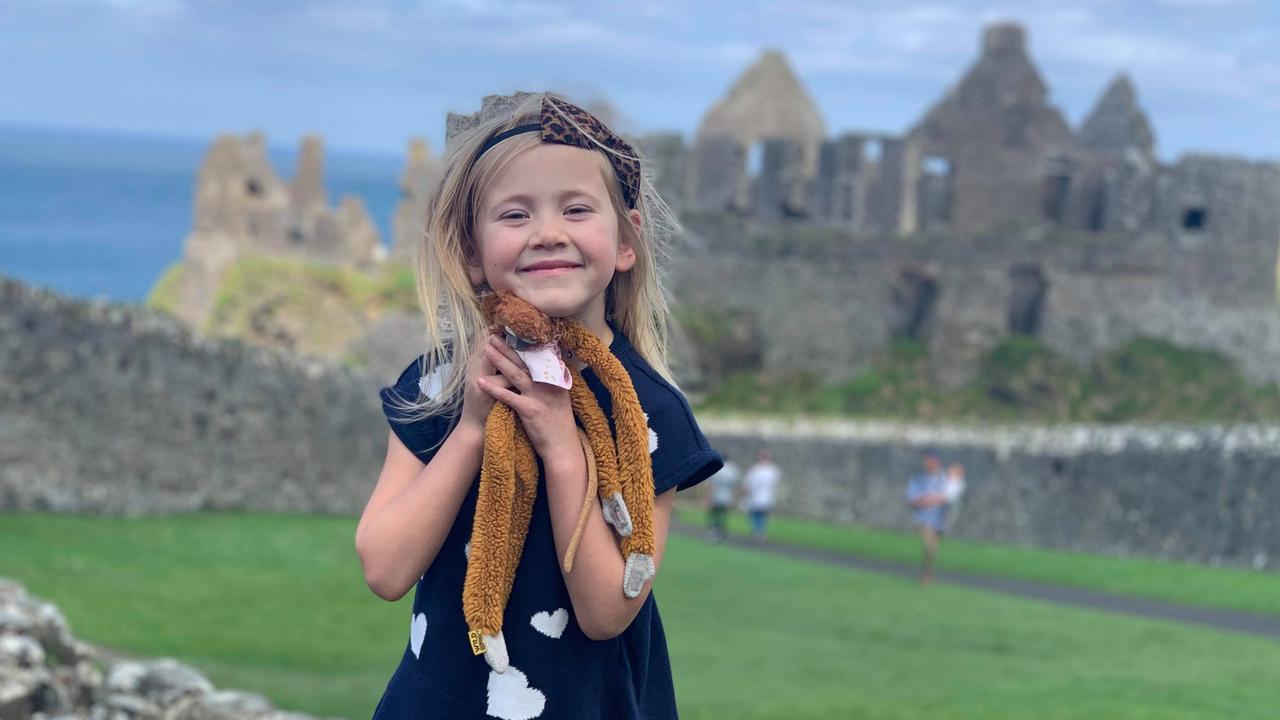 Harriet’s job is to go on holiday with the kindergarten kids, here with Savannah in the UK. Picture: supplied

Harriet was on a four-week trip with five-year-old Savannah Hart’s family to the UK and France when disaster struck. She was left behind at Buckingham Palace in London, in the UK. Savannah and her family accidentally left Harriet at the palace. Picture: supplied

Savannah said she felt “really sad” when, while on a tour bus the next day, it dawned on her mother Katie that they’d lost the toy.

“I thought the teachers would be really disappointed but they weren’t,” Savannah said.

A determined bunch, the children of the Adelaide Hills kindy wrote a letter to the Queen asking for her help. Woodside Preschool director Robyn Herringer said they sent the letter late last month and were “amazed” when they received a timely* response from the palace’s visitor services team.

“It only took a week,” Mrs Herringer said.

Buckingham Palace emailed to let the children know what Harriet had been up to.

“Thanks to the pictures you sent us, we had another search and found Harriet hiding in the sheds behind the family pavilion, no doubt living off our tea and scones,” the letter read.

“As much as we love having Harriet around it is now, of course, time for her to go home.”

Last week, Harriet made her triumphant return to the kindy, accompanied by a new companion, Rex the corgi. Harriet and her new friend, Rex the corgi. Picture: supplied Queen Elizabeth II has always had corgis as pets.

She also brought back a book, Does The Queen Wear Her Crown in Bed?, and a letter expanding on her adventure.

“They decided she needed to repay all the scones she’d eaten by working for a day as a member of the visitor services team,” Mrs Herringer said.

“They sent us more than half a dozen photos of Harriet in different poses with different staff members … doing jobs around Buckingham Palace.” Harriet had a blast monkeying around the royal residence.

But Harriet’s Buckingham Palace adventure will be her last — she is now retiring after six years tirelessly* travelling around Australia and the world.

“From camping in Mt Crawford (SA) to a sleepover at granny and grandpa’s to the pyramids of Egypt — she’s been to all of those things,” Mrs Herringer said.

“We had been talking about retiring her because she was our original. We’ve still got our other travelling monkeys that will be going on adventures.” The letter to the children from Buckingham Palace.

CLASSROOM ACTIVITIES
1. Chronicle of a corgi
Now that Rex the corgi has arrived in Australia, don’t you think it would be polite of him to write to his friends at Buckingham Palace? Think about the journey he has been on and what he might be up to now at Woodside Preschool. Write a letter from Rex’s point of view, detailing all that has happened to him so far. Try to make your letter entertaining and imaginative.

2. Extension
Choose a favourite toy of your own and write a story about it going on an adventure to a famous landmark just like Harriet the monkey did.

Once you have your list, work with a partner to make them into flash cards.

Place the flash cards face up between the two of you and see if you can retell as much of the article you just read as possible.

See if you can get through all your flash cards.

Re-read the article at the end to see if there were any important facts you missed, or any information you added in by mistake.

Did you do a better job retelling the information than the journalist?

HAVE YOUR SAY: If you were Harriet the monkey, where would you like to be left behind to have an adventure?
No one-word answers. Use full sentences to explain your thinking. No comments will be published until approved by editors.