The Aussie heroes leading the charge in the Guinness World Records 2020 have been revealed.

The chef was inspired to create the culinary* wonder after hearing news about a previous record holders’s 111-cheese pizza.

The innovative Di Francesco felt he could go one better and came up with the record-breaking recipe.

The chef had previously created the 99-cheese pizza, inspired by the 2014 film The Mutant Ninja Turtles, in which Donatello referred to a pizza topped with 99 different cheeses as a “culinary impossibility”.

To celebrate Di Francesco’s achievement, the restaurant Gradi in Melbourne (of which he is co-founder) has put the record-breaking dish back on the menu for a week. AUSSIE STRONGMAN
Also leading the world beaters is NSW youth support worker Eddie Adams, who racked up the fastest time to pull a tank over 10m.

The part-time strongman, from the Central Coast, pulled off the incredible feat* in a mere 36.65 seconds. Eddie Williams holds the record for the fastest time to pull a tank over 10m. Picture: supplied

A LOT OF PANCAKES!
Lovers of Nutella will be drooling over the third Aussie record — the world’s longest line of pancakes.

Students at the University of Sydney, NSW, got to sample pancakes from Nutella Australia’s long line measuring 110.85m during the uni’s orientation* week in February 2018. 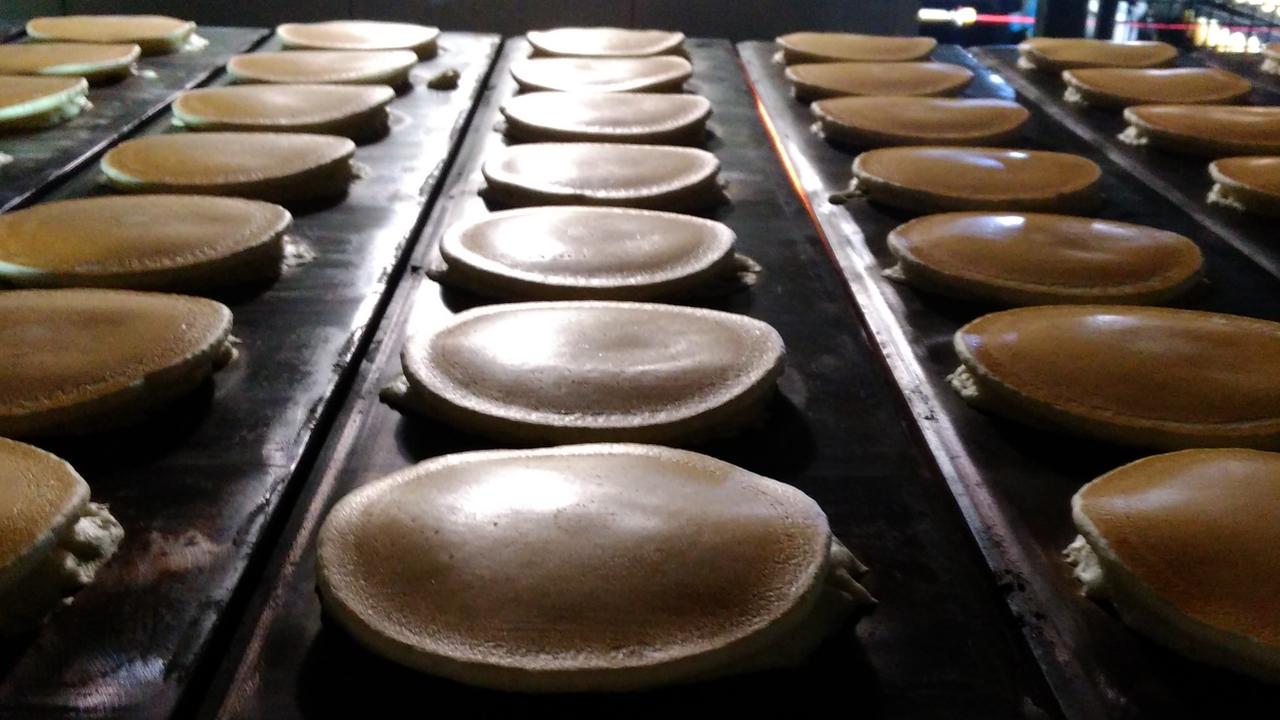 Before it was eaten, this was the world’s longest line of pancakes. Picture: supplied

MORE AMAZING RECORDS
Pushing the boundaries of what’s possible is the largest table tennis bat, which is 3.53m tall and 2.02m wide, nearly 20 times the size of a standard bat.

The bat was created by Rise Brands at Pins Mechanical Company in the US.

The rules of the International Table Tennis Federation state that rackets can be “of any size” — so it can be used in any competition. In the US, amputee* drummer Jason Barnes has taken out the record for the most drumbeats — 2,400 — in a minute using drumsticks with a prosthetic* arm.

Barnes wears an electromyographic band that senses muscle activity from his forearm. The prosthetic arm, created by Gil Weinberg of the Georgia Institute of Technology in the US, is then triggered by the muscle sensor to start drumming. 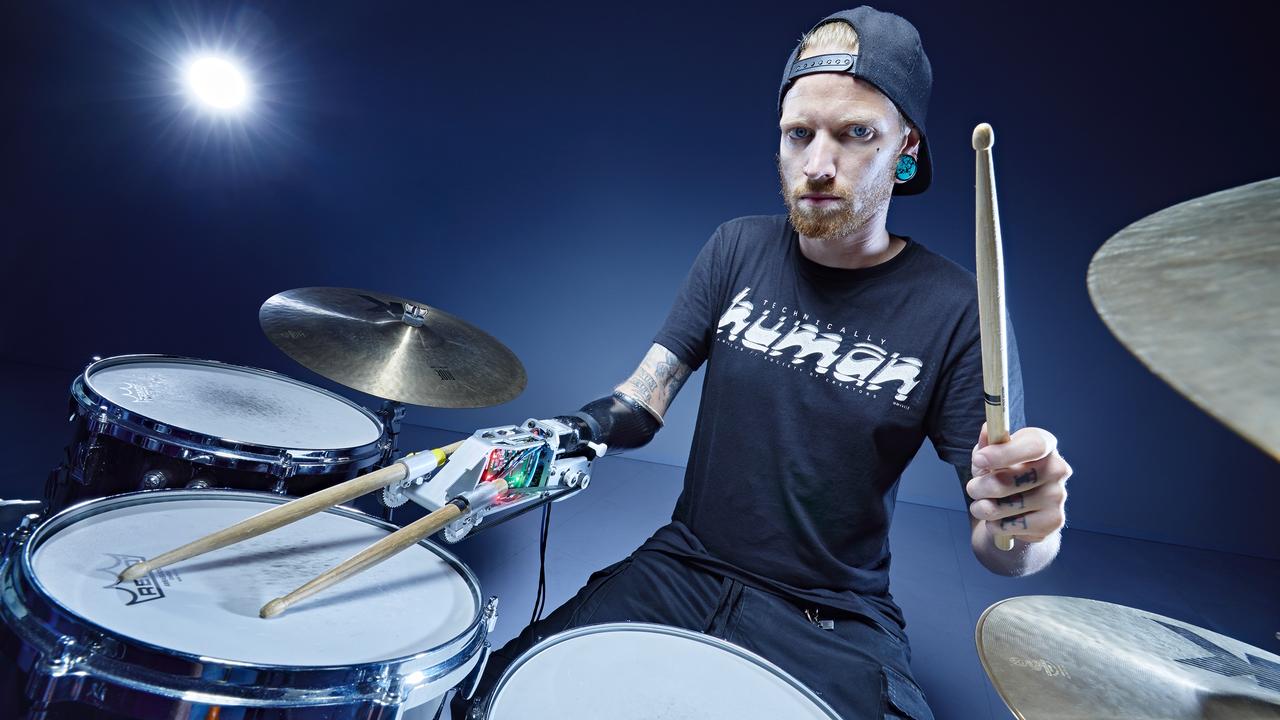 Jason Barnes has the record for the most prosthetic drum beats in 1 minute. Picture: Paul Michael Hughes/Guinness World Records

A PC gamer has also taken out a Guinness World Records title for the Most Victory Royales in Fortnite using a QuadStick mouth-operated joystick.

Rocky Stoutenburgh of the US, who goes by “RockyNoHands”, fought his way to 509 Victory Royales in Fortnite Battle Royale using a QuadStick mouth-operated joystick. After injuring himself in a serious fall, Rocky was paralysed from the neck down. Despite his quadriplegia*, he was able to train himself over many years to play games using just his mouth.

CLASSROOM ACTIVITIES
1. Most impressive
Are you a cheese fan, or are pancakes your thing? Maybe you find pulling heavy things impressive.

There have been quite a few interesting and impressive World Records broken both in Australia and around the world. Which of the world records mentioned above do you find most impressive? Why?

When you have finished compare your response with a partner. Did they find the same world record the most impressive? Did you have the same reasons?

If not, can you convince your partner of your opinion? Can you be swayed by their reasons?

Try convincing them by using expressive language with well-chosen WOW words. For example: ‘There was 110m of delicious, fluffy pancakes that made the spectators drool’

For this activity, it is ok to disagree on which is the most impressive! Remember all opinions are valid, even if you don’t agree.

2. Extension
Problem Challenges – Can you complete these challenges?
Did you know that there were 154 types of cheeses? In fact, there are many, many more. How many types of cheeses can you name as a class?

James Barnes can pump out 2400 drumbeats a minute. How many drumbeats is that in a second? How many an hour (if the speed can be maintained)?

Nutella’s longest line of pancake attempt, used 890 pancakes. How many pancakes per metre? What was the diameter of each pancake?

Outside on a large area of flat ground (basketball court would be good), draw the outline of the table tennis bat mentioned above. List reasons why you would like to play with this bat and why you wouldn’t.

Use the facts and figures presented in the article to help you write a few more challenges for a partner to complete.

HAVE YOUR SAY: What world record would you like to set?
No one-word answers. Use full sentences to explain your thinking. No comments will be published until approved by editors.