Google CEO will “drop everything” to sort out cheeseburger emoji upset 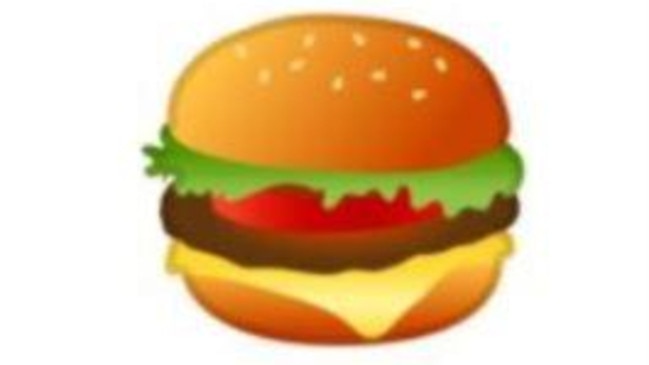 Google has promised to look at the design of its cheeseburger emoji after people complained about it on Twitter. Picture: Twitter

Who would have thought where to place cheese on a burger emoji could cause so much trouble?

Google was served complaints over its burger emoji design with fast food fans claiming the slice of cheese on the burger is in the wrong position.

Google CEO Sundar Pichai promised to “drop everything” to sort out the food fuss. Where do you put the cheese?

Debate ignited* when media commentator and emoji aficionado Thomas Baekdal tweeted: “I think we need to have a discussion about how Google’s burger emoji is placing the cheese underneath the burger, while Apple puts it on top.” In response, one user suggested the emoji was designed by someone who had never eaten a cheeseburger, while others insisted it wasn’t a cheeseburger at all but rather a hamburger.

Mr Pichai responded to the controversy by saying the company would make the dairy dilemma a top priority.

“Will drop everything else we are doing and address on Monday,” he tweeted.

According to Time magazine, Google is the only tech company to place the cheese underneath the meat patty. Apple, Microsoft, Samsung, LG, Whatsapp, Facebook and others all place the cheese on top — a position which is considered optimal for the cheese to melt on the burger.

The debate has sparked other issues with emoji designs, with people complaining about everything from lettuce placement to the number of sesame seeds on top of the bun.

Activity 1. What is your opinion?

Write a letter to the CEO of Google stating your opinion on this issue.
You could agree or disagree that there is a problem.
Make reference to the complaints that people have made and the reasons for their complaints. You could suggest what the CEO could do to solve this issue.
Make sure you address and format your letter appropriately.

How big of a problem do you think this is?
Give a reason for your choice.

Think of ten problems someone could have and rank them in order of importance, starting with the biggest and most serious problem.

Do you think that the Google CEO Sundar Pichai should “drop everything” to sort out the emoji crisis?

Activity 2. Your perfect burger
Everybody likes different things on a burger and people have strong opinions about the layer order.
What would be on your ideal burger?

Draw a labelled diagram of your burger showing how you would layer your ingredients.

Extension: Burger on the menu

Imagine your burger was going onto a restaurant menu.
Think of a name and write a menu description of your burger that will entice people to order it from the menu.

Where do you think the cheese should go on a burger?
Can you list three reasons to support your opinion?

Debate someone who has a different opinion.

Support your reasons with details, facts and emotive language.

What is an aficionado?
Can you use the word in a VCOP sentence of your own?

UBER WANTS TO FLY YOU TO SCHOOL