A flock* of huge, fluffy birds has turned heads and drawn strange looks from popular movie stars at the world-famous Cannes Film Festival this week.

The stars and characters from The Angry Birds Movie 2 took centre stage on the Croisette boulevard in the French city to launch the movie sequel, which comes out in August.

Similar to the first movie, this sequel is based on the video game where players use a slingshot to attack pigs who steal the birds’ eggs. 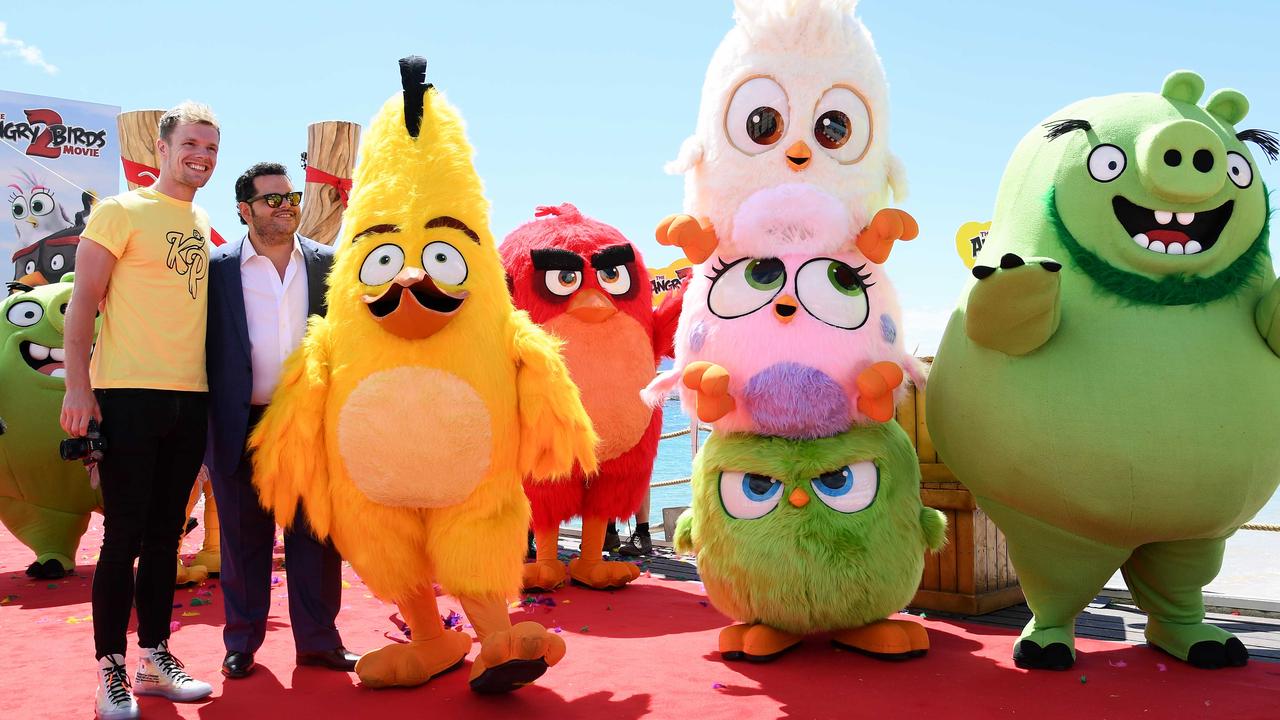 Actor Josh Gad (in suit) and film director Thurop Van Orman with some of the characters from The Angry Birds 2 Movie. Picture: Gareth Cattermole/Getty Images

The first Angry Birds Movie, released in 2016, earned about $350 million at the box office.

In the sequel, the flightless birds and the green pigs have to put their fighting aside and become frenemies when a new threat emerges that puts both Bird and Pig Island in danger.

VIDEO: Remind yourself about the first Angry Birds movie with this fun trailer.

It sees the birds Red, Chuck, Bomb and Mighty Eagle call on Chuck’s sister Silver for help as they team up with pigs Leonard, his assistant Courtney and tech-pig Garry to form an unlikely superteam to save their homes.

Film producer John Cohen said this movie has a lot of funny moments.

“There is a lot of comedy and friction* between the birds and pigs … They have egos*, they have some real trust issues.” Mr Cohen told Deadline website. 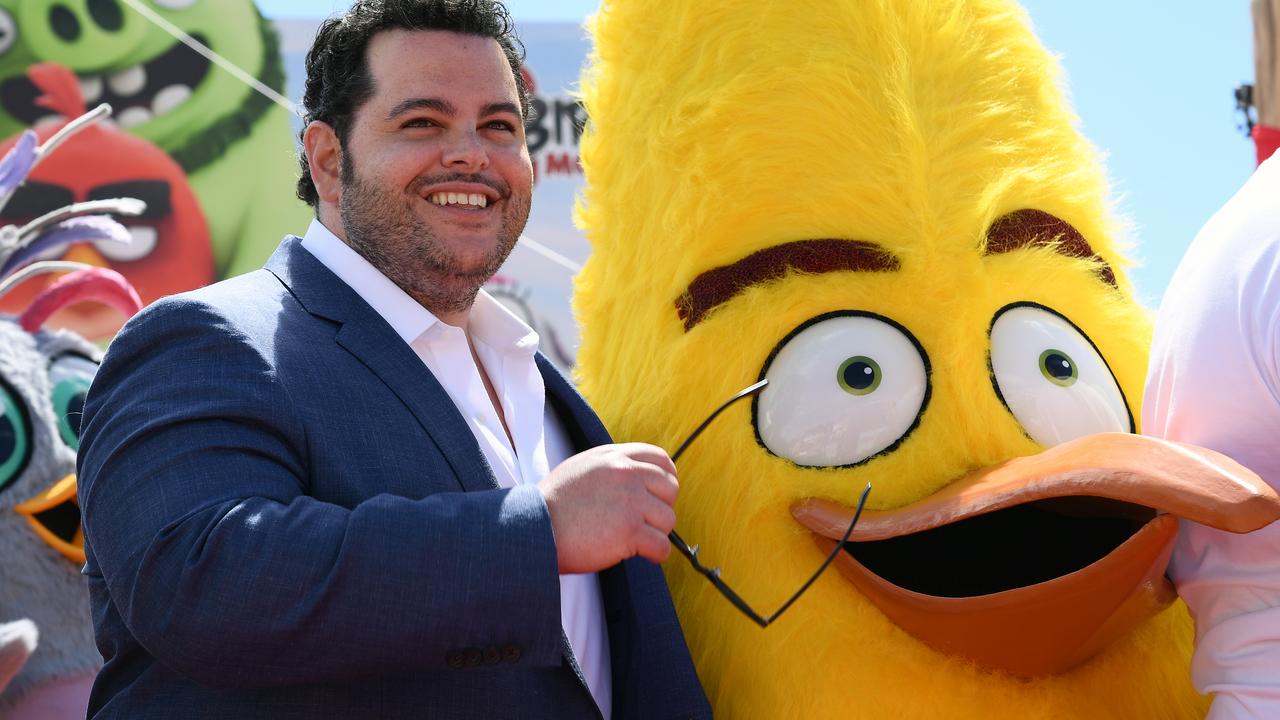 Josh Gad with the character Chuck, which he voices. Picture: Gareth Cattermole/Getty Images

Movie star Josh Gad, who voices the character Chuck, said he enjoyed working on the sequel.

“Chuck is so fun to voice because he has no filter*,” Gad told ETCanada.

“There is something wonderfully fun about the zaniness* of the character and this idea that even though he’s an Angry Bird he does have a lot of heart.”

Mr Cohen said he hoped there would be a third movie.

Toy Story 4 is an adventure of discovery

HAVE YOUR SAY: Which Angry Bird character is your favourite? Why?
No one-word answers. Use full sentences to explain your thinking. No comments will show until approved by editors.