Indigenous acting legend David Gulpilil Dalaithngu at one with the land 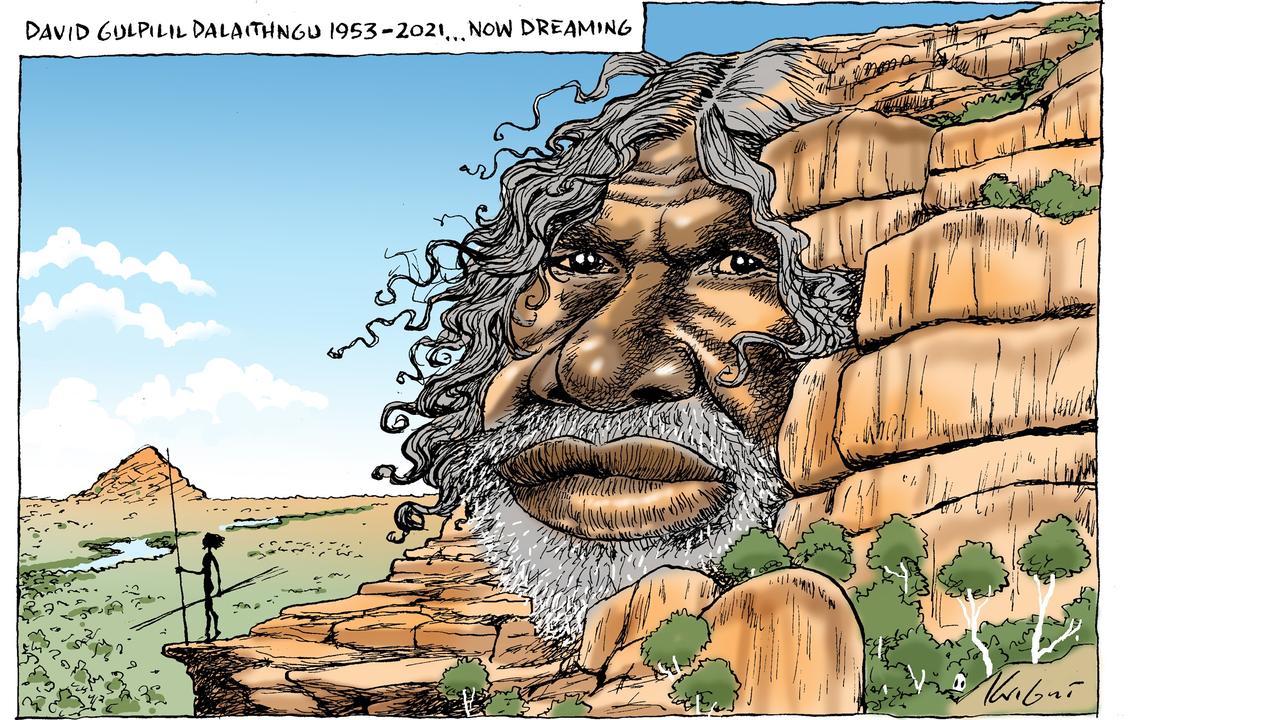 Warning: This story contains images of an Indigenous Australian who has died

My cartoons are not always meant to be funny or to generate laughter. Sometimes the cartoon will touch upon serious matters of national debate or tragedy, and sometimes they are a tribute to the passing of someone.

This week we heard the sad news that Indigenous actor David Gulpilil Dalaithngu AM* had died aged 68 after battling lung cancer for the past few years.

Born in Arnhem Land in 1953, he starred in numerous films such as Walkabout (1971), Storm Boy (1976), Rabbit Proof Fence and The Tracker (both 2002), Satellite Boy (2012) and Charlie’s Country (2013). He also had roles in Crocodile Dundee, Australia and Ten Canoes, as well as many other movies and television dramas. He was also a gifted tribal dancer. 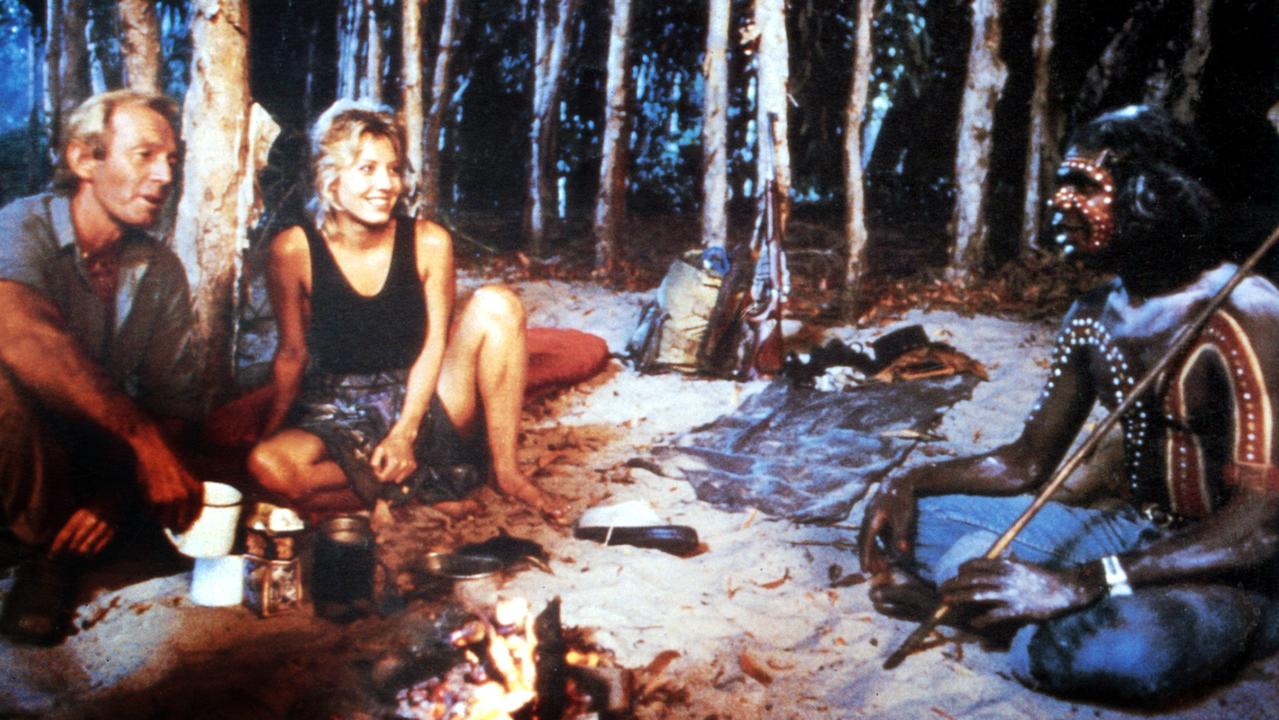 When I draw a cartoon to celebrate the life of someone well known, the cartoon might include images of their achievements or their field of endeavour, whether that be politics, sport, science or the arts.

I looked at many of the movie roles Dalaithngu played as an actor. The common thread was how well he played the role of the Indigenous man dealing with the arrival of white man to these shores. His acting carried such authenticity* because he grew up in Arnhem Land, hunting and fishing throughout his tribal lands in the Northern Territory. This was the essence of the man himself. 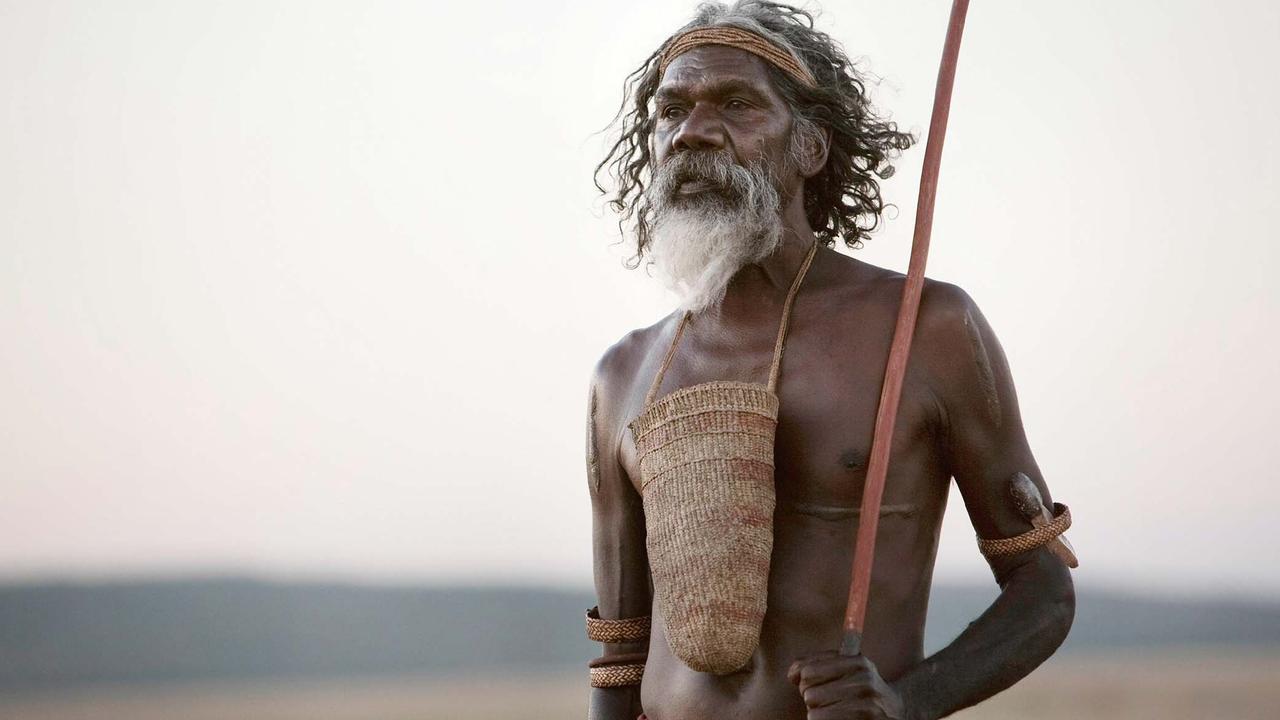 David Gulpilil Dalaithngu in a scene from the film Australia.

We hear about the connection our First Nations people have to the land, and it was never more true than with David Dalaithngu.

I started with a sketch of his face. Such an interesting face to draw, his dark eyes, powerful nose, lips and grey beard, as well as a good crop of long tousled* grey hair.

As I sketched this face, I had some pictures of Arnhem Land landscapes on my desk as well, and I wondered how I might use them in the cartoon.

The landscapes of the Top End are as intriguing* as Dalaithngu’s face, the effects of time on both have created deep and evocative* textures. That’s when I realised I could combine the two. Dalaithngu’s face would become part of the Arnhem landscape.

As in his life, and now in my cartoon, he would be at one with the land. This image is from a film that was made on the life of David Gulpilil Dalaithngu earlier this year. Picture: Miles Rowland

His dark eyes stare out of the red rock escarpment* over an Arnhem Land flood plain like an Indigenous version of Mount Rushmore in America. It is hard to distinguish* where the flesh of his face stops and the rock formations start.

A figure of a tribal man can be seen standing on the rocky ledge looking out over Country. Maybe this is him in his youth, I’m not sure.

Influenced by aboriginal “dreaming”, the cartoon pays tribute to First Nations actor David Gulpilil Dalaithngu through combining his physical self with that of his country.

Dreaming of an Uluru without climbers

CLASSROOM ACTIVITIES
1. Be Inspired!
Think about how Mark is using today’s cartoon to pay tribute to David Gulpilil Dalaithngu. Draw a cartoon that pays tribute to someone who is important to you.

2. Extension
Use the ideas in Mark’s cartoon and story as inspiration for a piece of creative writing.