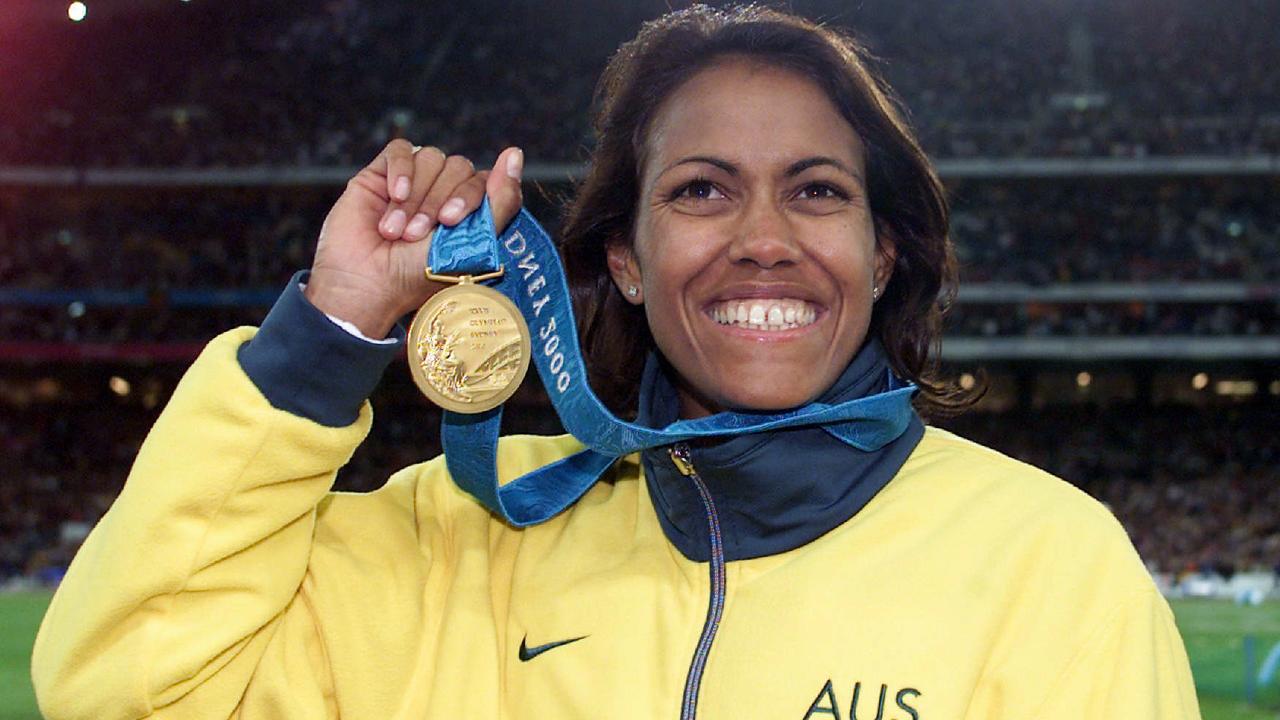 Warning: This story contains the names and images of Indigenous Australians who have died

They have thrilled us on the field, track, court and in the pool, but the achievements of these Indigenous athletes go well beyond sport.

To mark News Corp Australia’s Indigenous Sport Month, we look at 10 of the most influential Indigenous sports stars and how they have made their mark on the nation. Cathy Freeman does a victory lap with the Australian and Indigenous flags after winning gold in the 1994 Commonwealth Games in Victoria, Canada. Picture: John Feder

Runner Cathy Freeman is best known for her role at the 2000 Sydney Olympics: spectacularly lighting the flame at the opening ceremony and taking gold in the 400m.

It seemed the entire nation was willing Freeman to victory in the 400m and celebrated with her after she crossed the line, draping herself in the Australian and Indigenous flags for a victory lap in front of the jubilant* crowd.

This was seen as a great moment of national reconciliation*.

Despite Australia’s chef de mission* Arthur Tunstall warning that she would be sent home if she did it again, the proud Indigenous athlete repeated her celebration when she won the 200m at those games.

In a recent documentary about the 20th anniversary of her Olympic victory, Freeman said she wanted to make a statement about her heritage after winning her gold medals. 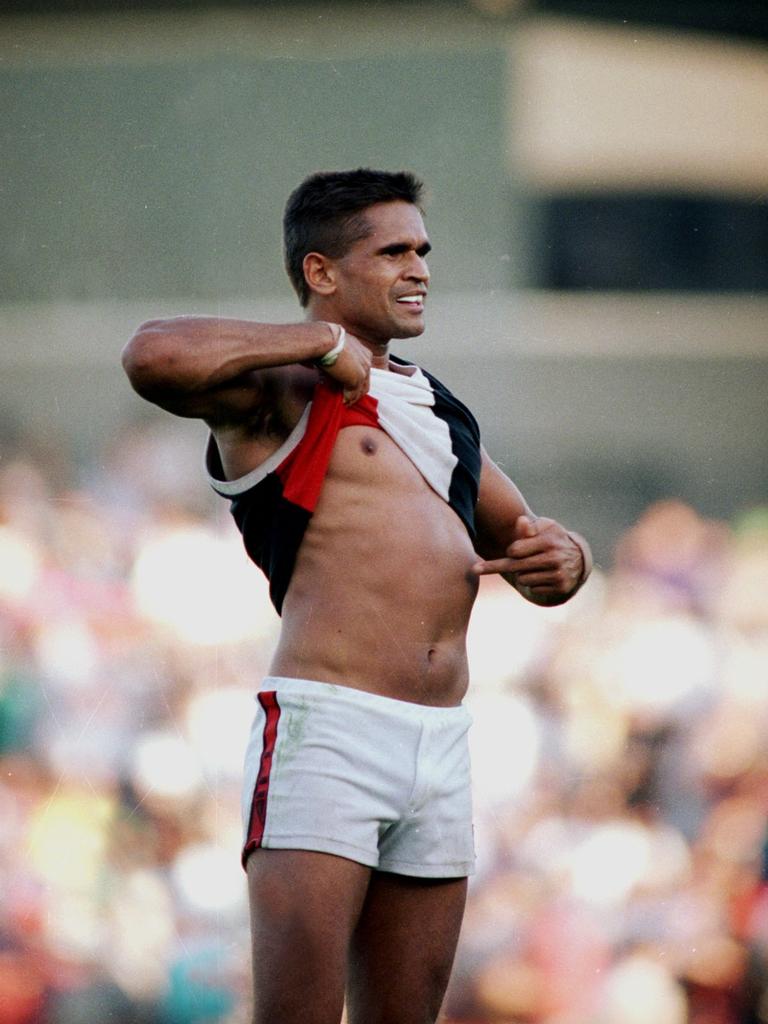 Nicky Winmar lifts his jumper and points to the colour of his skin in 1993. Picture: John Feder

Australian rules footballer Nicky Winmar took a stand against racism after he and St Kilda teammate Gilbert McAdam were the targets of racial abuse during a match against Collingwood in 1993.

At the end of the game, Winmar lifted his Saints jumper, pointed at his skin and said: “I’m black and I’m proud to be black.”

His stand, captured in an iconic photograph, started a conversation within the AFL about racism and led to the introduction of a code of conducted, which included a rule to “combat racial and religious vilification*”.

The rule stated: “No player … shall act towards or speak to any other person in a manner, or engage in any other conduct which threatens, disparages*, vilifies* or insults another person … on the basis of that person’s race, religion, colour, descent* or national or ethnic origin”.

The new rule sent a message that racism would no longer be tolerated. Adam Goodes with his Australian of the Year award. Picture: Bob Barker

Sydney Swans star and 2014 Australian of the Year Adam Goodes also called out racism while on the AFL football field.

Goodes pointed out a member of the crowd who racially abused him during an Indigenous round game in 2013. The footy fan, who was removed from the ground, ended up being a 13-year-old girl.

Some people criticised Goodes for pointing out a child, but the 2003 and 2006 Brownlow medallist made it clear he did not blame her.

“I just hope that people give the 13-year-old girl the same sort of support because she needs it, her family needs it, and the people around them need it,” he said at the time.

“It’s not a witch-hunt, I don’t want people to go after this young girl. It’s not her fault. She’s 13, she’s still so innocent, I don’t put any blame on her.”

Goodes, who also used his 2014 Australian of the Year award to shine a light on racism, was booed relentlessly* on the football field after the incident with the 13-year-old and after doing an Indigenous dance with an imaginary spear to celebrate kicking a goal in 2015.

The booing became so bad he retired at the end of the 2015 season. Rugby league player Arthur “Artie” Beetson was the first Indigenous captain of an Australian team in any major sport.

He was named captain of the Australian national rugby league team, the Kangaroos, in 1973. He captained Australia in France that year and against Great Britain in 1974. He also led Australia to World Cup victories in 1975 and 1977.

In all, he played in 14 Tests and four victorious World Club tournaments. He also played 17 times for NSW in interstate matches, three times for Queensland and 222 NSW rugby league first-grade games. He captained Queensland to an inaugural* State of Origin victory against NSW and later coached Queensland and the Australian teams.

Beetson, who was born in Roma in Queensland in 1945, started playing football in bare feet at the age of 6. His father was a bush worker and his mother was part of the stolen generations*. 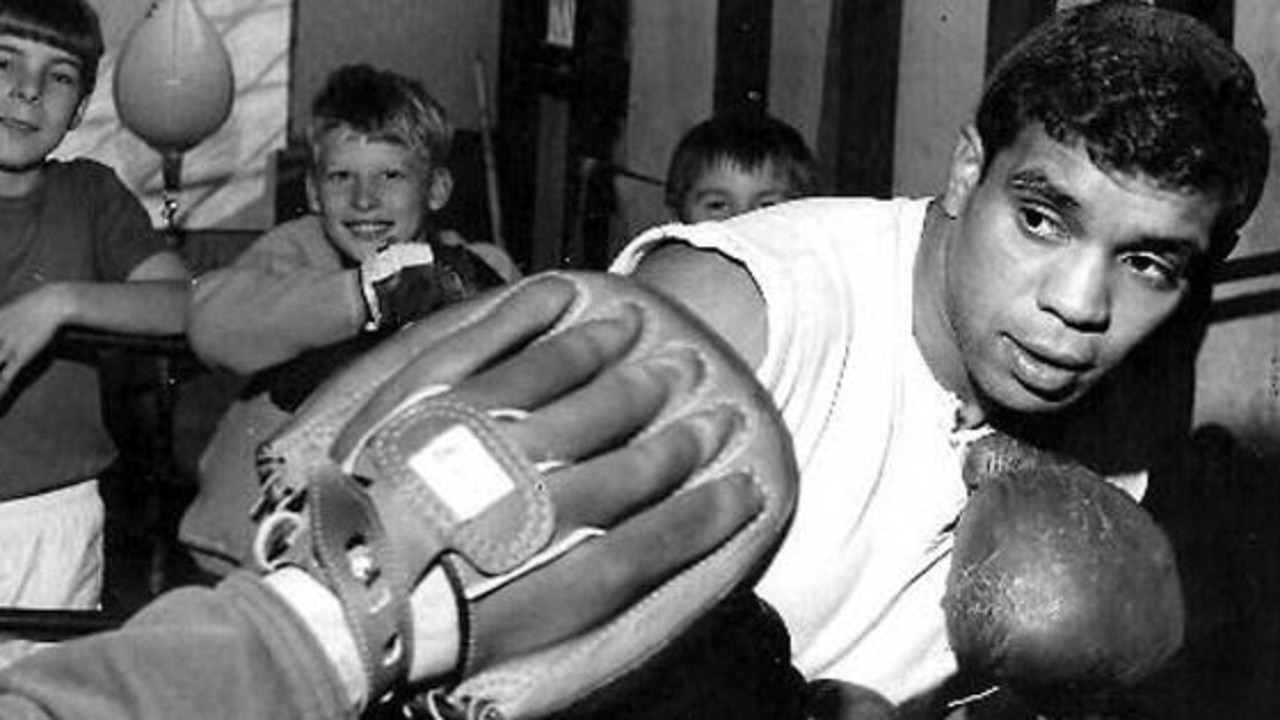 Lionel Rose became a national hero after winning a world boxing title in 1968.

Lionel Rose was just 19 when he became the first Indigenous Australian to win a world boxing title.

His bantamweight* title victory over Masahiko “Fighting” Harada of Japan in 1968 made him a national hero in Australia.

He was given an open-topped car ride to a civic reception in Melbourne when he returned home, with reports of up to 250,000 people lining the streets to greet him.

Rose successfully defended his title three times before being knocked out by Mexican Ruben Olivares in 1969.

He then put on a lot of weight and moved up to the lightweight division, but he did not have the same success and retired in 1976 with a career record of 42 wins (12 by knockout) and 11 losses.

He was made a Member of the Order of the British Empire (MBE) in 1968, the same year that he became the first Aboriginal person to be named Australian of the Year. Evonne Goolagong Cawley holds the Wimbledon singles trophy after her victory in 1980.

Born in 1951, tennis star Evonne Goolagong Cawley started playing as a young girl by hitting a ball against a wall with a board from an apple crate.

She was the world No. 1 female tennis player in 1971 and again in 1976, winning seven Grand Slam singles titles during her career, including four Australian Open singles between 1974 and 1977. She was also only the second woman to win Wimbledon as a mother with her victory in 1980.

Her tennis achievements and her work with Indigenous children saw her appointed a Companion of the Order of Australia (AC)*, Australia’s highest honour, in 2018. She was a member of the victorious Hockeyroos at the Atlanta Olympic Games in 1996. She also became the first mother to be a gold medallist for Australia since runner Shirley Strickland in 1956.

After the women’s hockey team’s success at Atlanta, Peris decided to turn her talents to athletics. She won gold medals in the 200m and 4 x 100m relay at the 1998 Commonwealth Games and also competed in the Sydney Olympics in 2000, making the semi-finals in the 400m and finishing fifth in the final with Australia’s 4 x 400m relay team.

In 1997 she was named Young Australian of the Year and awarded a Medal of the Order of Australia (OAM).

She was elected to represent the Northern Territory in the federal parliament’s upper house, known as the Senate, in 2013 before retiring in 2016. Patty Mills in action for the Boomers in the International Basketball Series against the US in 2019. Picture: Mark Stewart

He was only the third Australian to become an NBA champion when the Spurs won the title in 2014.

He has also represented Australia with great success, making his debut with the Boomers in 2007.

The following year he was part of the team at the Beijing Olympic Games, with impressive performances including scoring 20 points against the powerhouse* US team.

He won the Gaze Medal for International Player of the Year at the age of just 20, with a second Gaze Medal coming his way two years later.

He has also played with the Melbourne Tigers in Australia and played for a short time in China.

He continued his outstanding Olympics form at the 2012 London Games and the 2016 Rio Games, where he scored an average 21.3 points per game, the second highest points average of any player at the Rio Olympics. Swimmer Sam Riley became the first Indigenous Australian to win an Olympic medal when she took bronze in the 100m breaststroke at the 1992 Barcelona Games.

The popular swimmer also won bronze in the 100m breaststroke and silver in the women’s 4 x 100m medley relay at the 1996 Atlanta Olympic Games.

She had no idea of her heritage when she became Australia’s first Indigenous Olympic medallist. It was only discovered in 2001 after determined research by her mother, Lin, who was given up for adoption as a baby.

Today, Riley is the mother of two young boys and runs two swimming schools in Queensland. 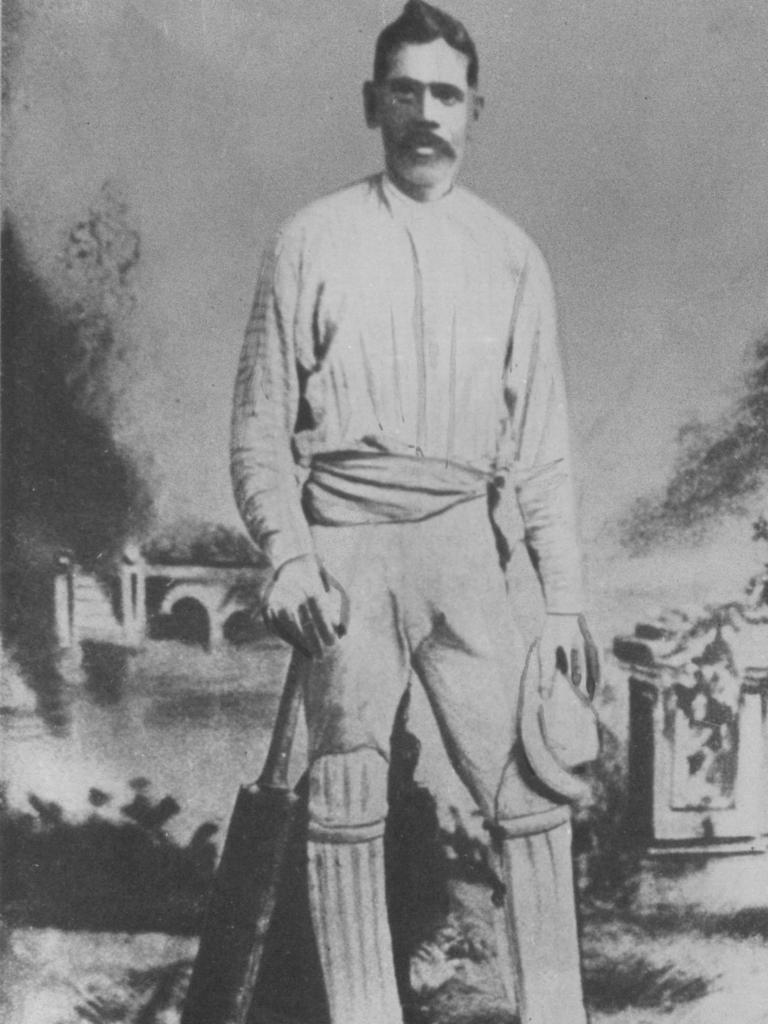 Johnny Mullagh was a star of the Aboriginal cricket team that toured England in 1868.

Johnny Mullagh was a star of the Aboriginal cricket team that became the country’s first sporting team to play overseas when it toured England in 1868.

Born in about 1841 in what is now western Victoria, Mullagh learned to play cricket while working on a nearby farm.

He was one of 13 Aboriginal men picked for a team that was taken to London by former English cricketer Charles Lawrence, who had settled in Sydney.

He also played in the third cricket match ever staged at the MCG.

A medal for the best player at the MCG’s traditional Boxing Day Test is now named in his honour. The Mullagh Medal is presented to the best player in the Boxing Day Test at the MCG. Picture: Getty Images

Here are some more names to research. Who would you put on a similar list?

CLASSROOM ACTIVITIES
1. Introducing …
Imagine that your school is lucky enough to have one of the Indigenous athletes featured in this story coming to speak at your school assembly. And you have been chosen to introduce them! Write a short introduction for your chosen star that includes some information from this story and some you have researched yourself.

2. Extension
Do you know who the traditional owners of the land where you live and go to school are? Find out.

VCOP ACTIVITY
In the Spotlight
Shine a light on one of our top 10 indigenous athletes by creating an inspiring word splash of their achievements.

Put their name in the middle of the page and all around the page add; adjectives that describe them, their efforts and skills, and their accomplishments.

Don’t forget your punctuation and end each question with a question mark.