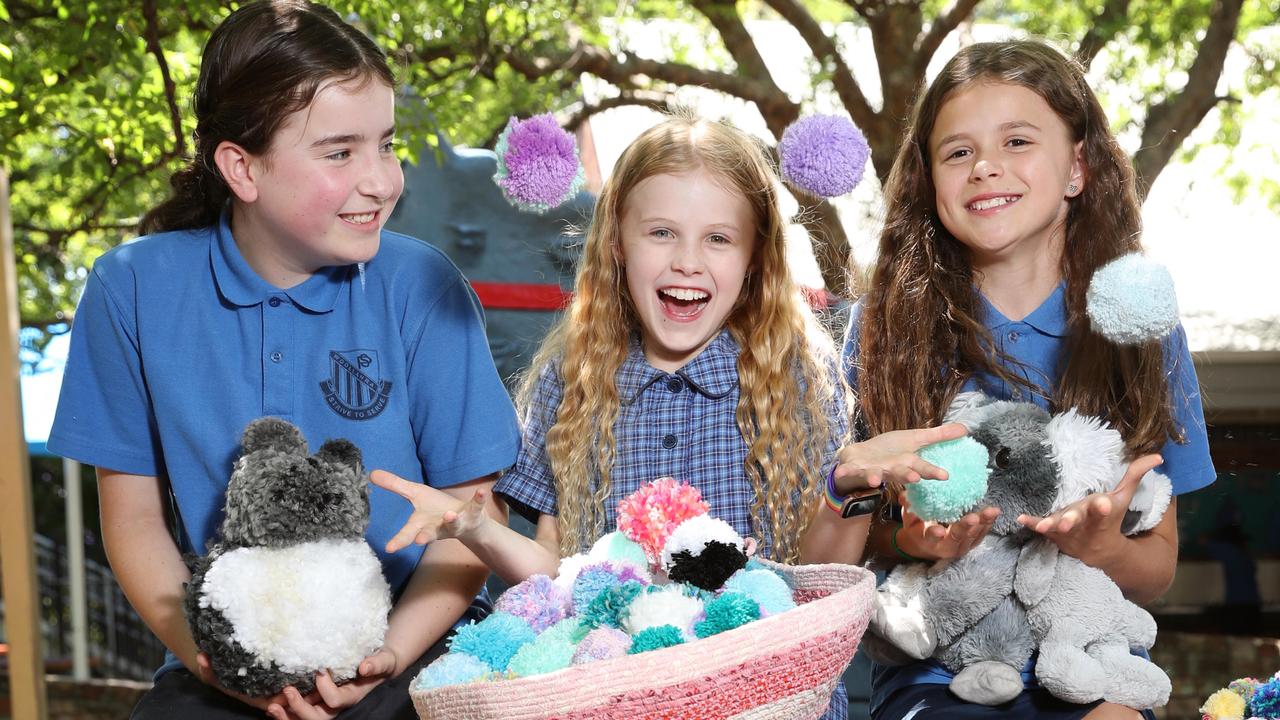 Watching the devastation* of Australia’s koalas during last summer’s bushfires was too much to bear for these nature-loving Sydney schoolkids.

So the Woollahra Public School students took matters into their own hands to raise money to help the animals, by making pompoms and selling them to other children in the playground.

“Koalas were the main animal we were trying to help,” said Year 5 student Grace Keenan.

Conservation group the International Fund for Animal Welfare estimates 5000 koalas were killed in the 2019-2020 summer bushfires that swept across NSW. 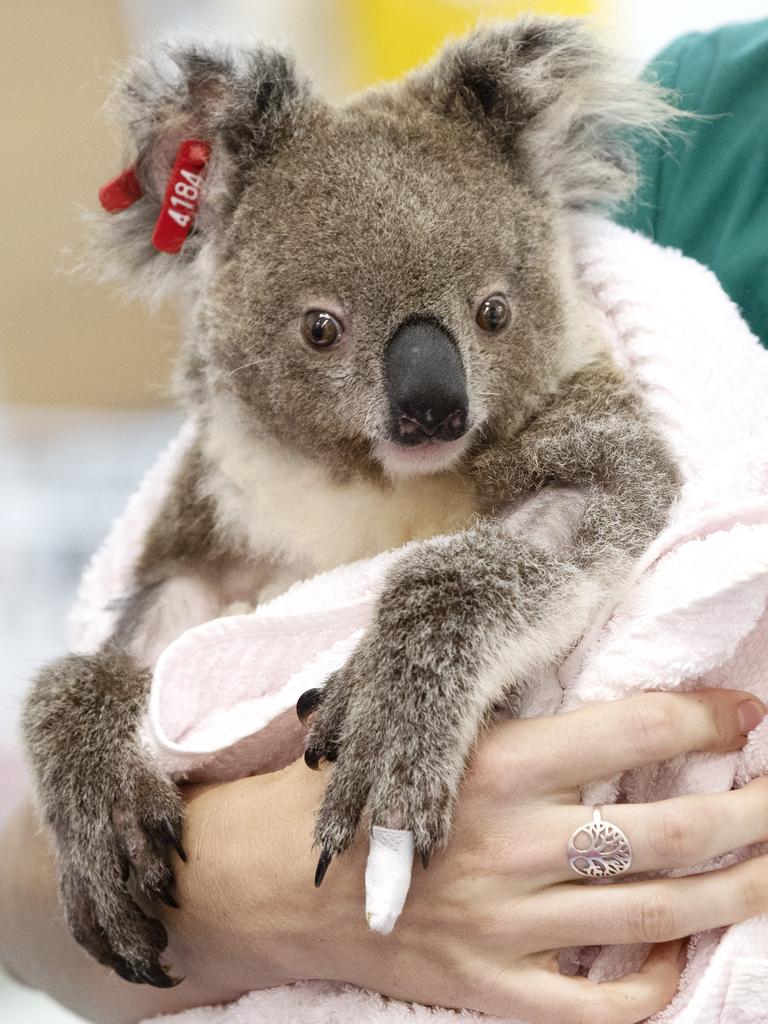 Ember the 18-month-old koala was treated for burns at the Currumbin Wildlife Hospital in Queensland after last summer’s bushfires. Picture: Nigel Hallett

The students’ love of native animals began this year when they helped their teacher, Belinda Head, rescue a baby possum they named Neo and helped hand feed him for six months.

“Neo is our school pet possum, he sleeps in the playground,” Ms Head said.

“It shows how you can make a difference on a local level.” Neo the possum sleeps in a nesting box in the playground at Woollahra Public School. Picture: Richard Dobson

When principal Nicole Molloy found out about the students’ playground fundraising operation to help the koalas, she helped them scale up their effort.

The fundraising group now officially has a chief executive*, a treasurer* and a public relations manager* who has rebranded the all-female operation The Wildlife Co and pivoted* their message to focus on Christmas.

“Koalas didn’t have a very good Christmas last year so we want them to have a better one,” said 11-year-old public relations manager Sienna Berry. 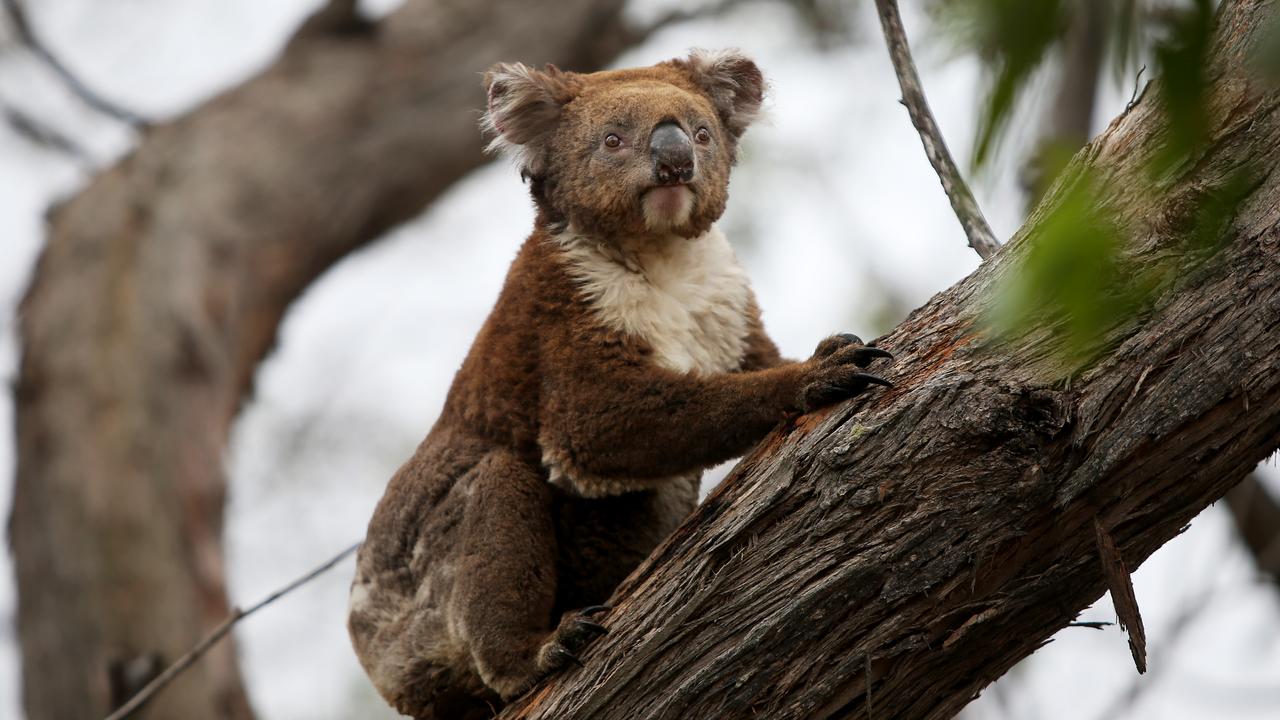 A koala affected by last summer’s bushfires is released back into native bushland at the Kangaroo Island Wildlife Park in South Australia. Picture: Getty Images

Fellow student Alyla Browne said they had raised $120 so far and hoped to boost their funds by selling their current batch of 300 pompoms.

“It is important for us to remind people that even buying a single pompom can help to make a big difference,” she said.

Ms Molloy invited celebrity author Kailas Wild to the school on November 26 to further inspire the students to achieve their goals.

Mr Wild told the students how he raised $65,000 to help injured koalas and travelled to Kangaroo Island in South Australia earlier this year where he climbed trees to rescue the injured animals.

The students will set up a stall in the coming weeks to sell larger koala pompoms for $20, while smaller pompoms will also be available for sale.

All money will go to the International Fund for Animal Welfare. 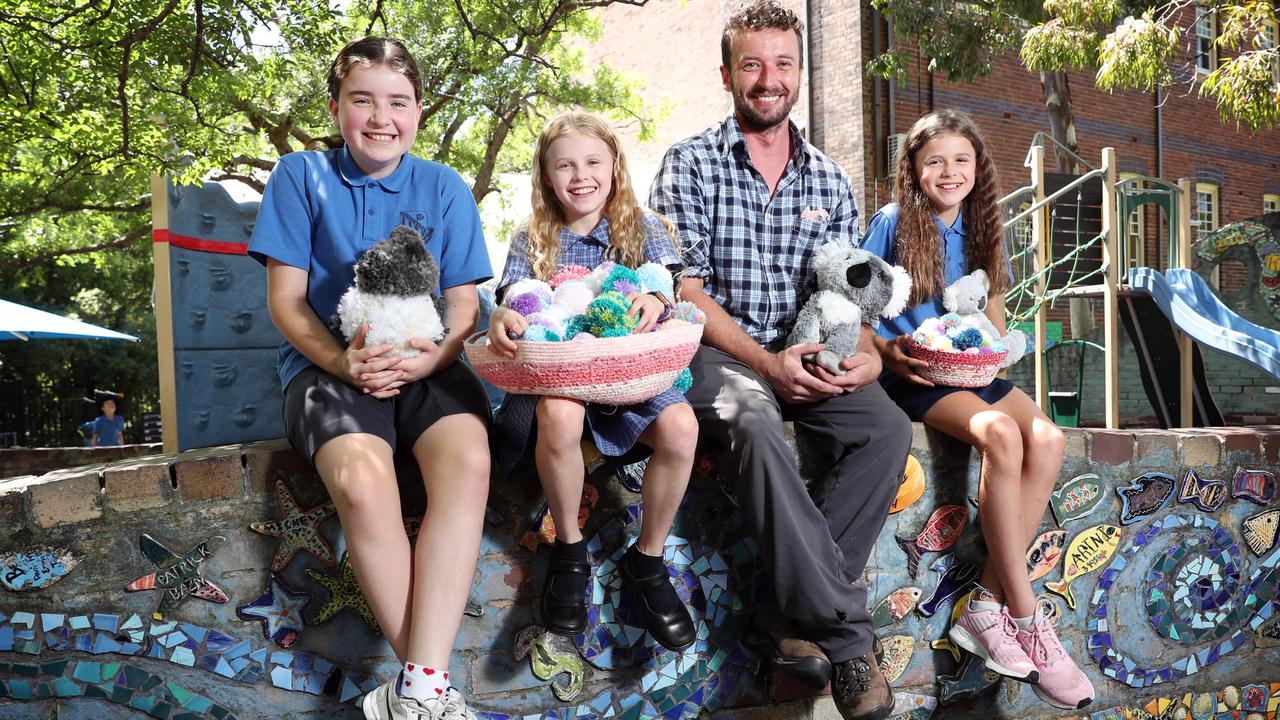 CLASSROOM ACTIVITIES
1. Community contributors
The girls running The Wildlife Co identified a cause that was important to them and made a decision to take action to help. They are being active citizens in their community, as many other individuals and groups across Australia also do. With a classmate, try to think of at least 10 other people or groups that you know of, that contribute positively to the community. Then choose one of these people or groups to find out more about. Create a short report (written or audio-visual) explaining who you chose, what they do and how this contributes positively to the community.

2. Extension
Identify a cause that is important to you. Write a paragraph explaining why you think it is important and three simple ideas for how you could make a positive contribution towards this cause.

VCOP ACTIVITY
Animal alliterations
With a partner, choose one of the animal pictures from the article.

Make a list of nouns you could use to name the animal in the picture. For example, instead of a tiger, you could also say cat, or feline.

Now, using the initial sound, make a list of adjectives to describe the animal. Try to be specific. Don’t just look at the animal as a whole, look at their different features as well.

Try and put it all together and use as many same sound words in a sentence, to create an alliteration about the animal in the picture. Example: the terrifying tiger, tiptoed through tangled trees chasing his prey.