Vax declared word of the year by Oxford English Dictionary Archer Miller, 12, got vaxed for Covid-19 at the Heidelberg Repatriation Hospital in Victoria in September 2021. Picture: David Caird

Vax has been declared the word of the year by the Oxford English Dictionary.

The word – short for vaccine, vaccination or vaccinate – was rarely heard this time last year but has surged into common use as the Covid-19 pandemic has rolled on.

Oxford Languages, the company that produces the dictionary, said vax was used more than 72 times more frequently by September this year, compared to the same time last year.

“It is clear from our data and analysis that – as a stand-alone word and as an element in other words and phrases – vax has been fully absorbed into our language and our lives, making

Oxford said it had also seen big increases in the use of other vaccine-related words and terms, including vaccine rollout, vaccine clinic, vaccine passport, jab and anti-vaxxer. 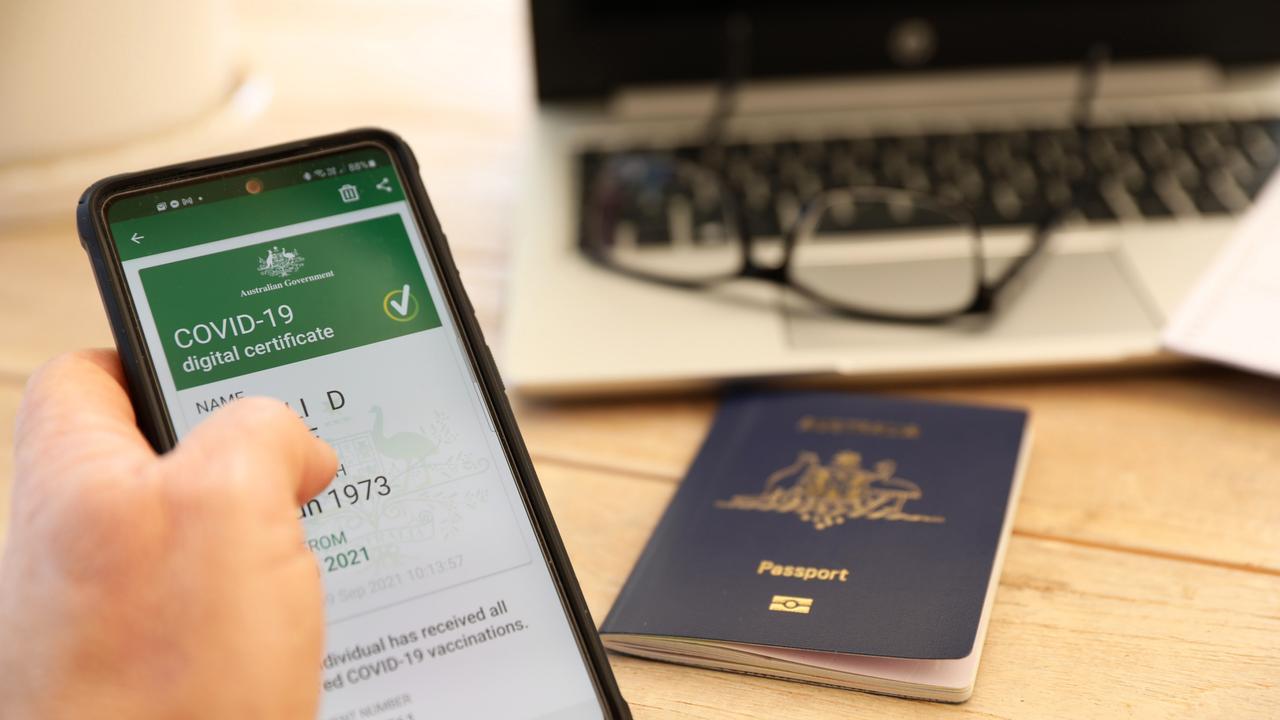 Vaccine passport is another vaccine-related term to have crept into our conversations this year.

“Whether you are vaxxed, double-vaxxed, or unvaxxed, the language relating to vaccines and vaccination permeated* all of our lives in 2021,” Oxford said.

“For lexicographers*, it is rare to observe a single topic impact language so dramatically, and in such a short period of time become a critical part of our everyday communication.”

Oxford monitors and tracks the words being used around the world by looking at news content every day. It has gathered more than 14.5 billion words for its lexicographers to search and analyse.

The word vax dates back to the 1980s, first appearing as a noun and then also as a verb from the early 2000s.

The word vaccine, from which vax is derived*, has a much longer history. It was first recorded in English in 1799 as doctor Edward Jenner worked on creating the smallpox vaccine, the world’s first vaccine.

Vaccine is of Latin origin and was used in ancient Rome to mean “of or from a cow”. Jenner used this to name cowpox, which was a similar but less deadly disease than smallpox and was passed by cows to humans. Jenner noticed that people who had been infected by cowpox were protected from smallpox and he was able to use material from cowpox to develop the smallpox vaccine. 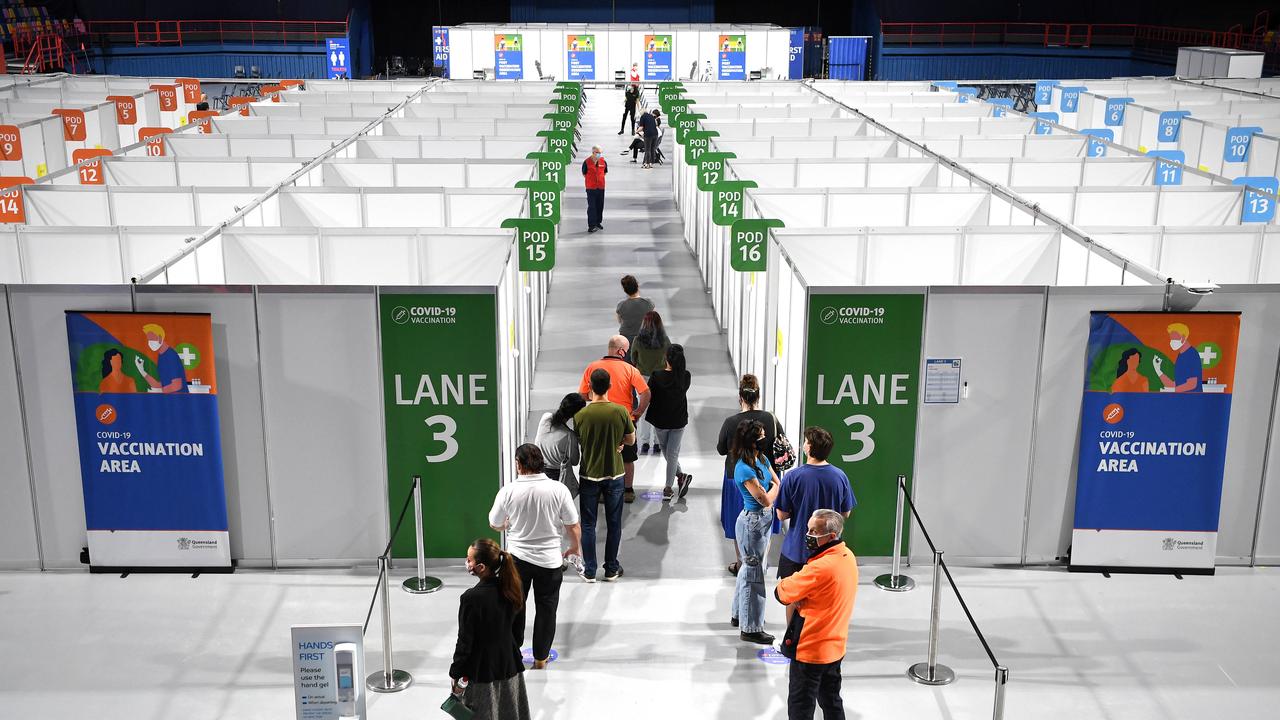 Australia’s vaccine rollout was described as a “strollout” because it started so slowly, but plenty of people are now getting jabs, including these people at the Brisbane Entertainment Centre in September. Picture: Dan Peled

Oxford said the increased use of vaccine-related language around the world over the past year had also seen the invention of new words, such as vaxxie, which is a selfie taken while getting or just after getting a Covid-19 shot.

And in Australia, the term strollout attracted attention earlier this year when it was used to describe the slow start to our vaccination program.

“Although many of these words won’t see the kind of continued and widespread use that would lead to their inclusion in dictionaries, they provide a lexical* snapshot of the concerns of the year,” Oxford said.

Last year, Oxford decided it was too hard to declare just one word of the year, instead announcing a set of words. Its Words of an Unprecedented Year list included bushfire, coronavirus, lockdown, social distancing and Black Lives Matter.

Australia’s ‘word of the decade’ revealed

CLASSROOM ACTIVITIES
1. Kids Words of the Year
Vax is the word of the year declared by Oxford. It’s certainly is a word that you or the adults you know probably use more than once a day. Work with a partner and write a list of the top 10 words you and your friends have used this year (they can be made up or slang words as long as they are appropriate) that are new or used a lot more than ever before. They might be to do with current trends or coronavirus.

2. Extension
Look through some recent newspapers, magazines, news articles or any print related media and count how many times you can find the word “vax” or “vaccinate”.

Write down any other coronavirus words that appear frequently.

VCOP ACTIVITY
Punctuation Thief
Pick a paragraph from the article, or about three sentences together if that’s easier, and rewrite it without the punctuation. At the bottom of the page write a list of all the punctuation you stole and in the order you stole it. For example; C , . C .