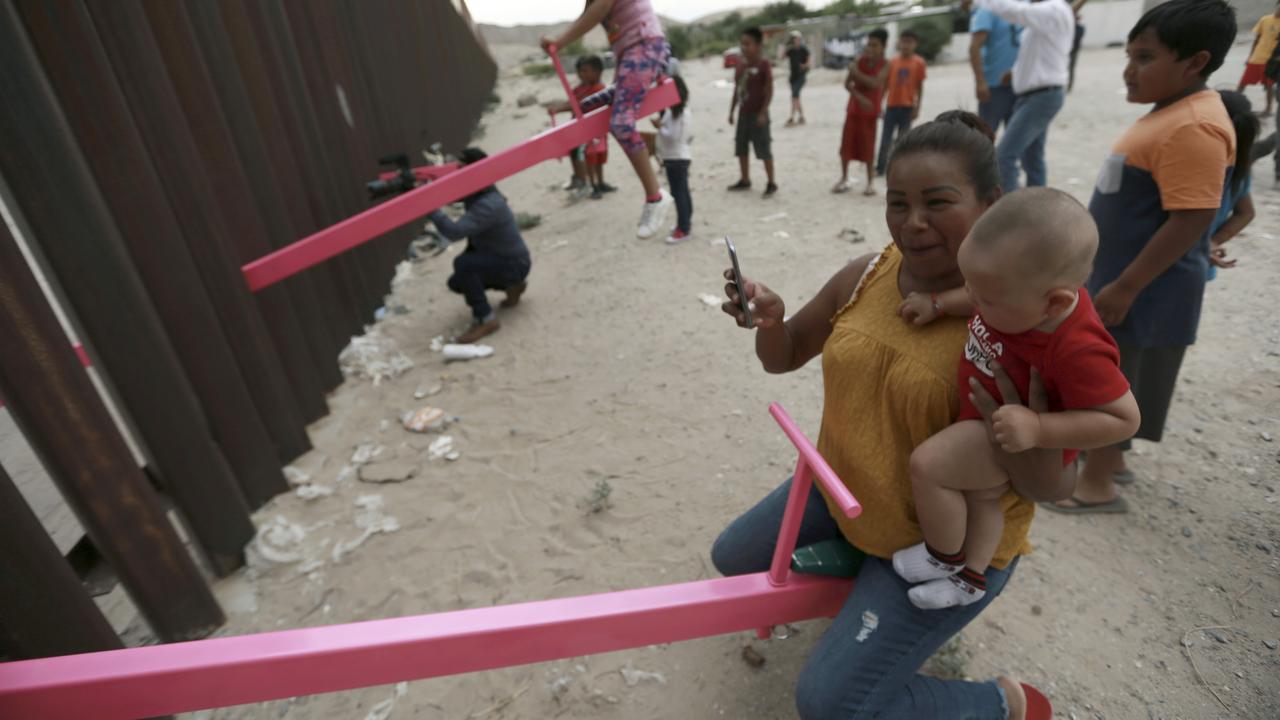 A mother and her baby play on a seesaw installed between the steel fence that divides Mexico from the US in Ciudad de Juarez, Mexico. Picture: AP

Children on either side of the US-Mexico border are playing together despite a fence dividing them, thanks to three pink seesaws.

The seesaws are the work of two US professors, one of whom described the project as “one of the most incredible experiences” of their working lives.

The seesaws — which are called teeter-totters in the US — are on the outskirts of El Paso, Texas, US and Ciudad Juárez, Mexico. They were designed by Ronald Rael, an architecture professor at the University of California and Virginia San Fratello, an associate design professor at San José State University. A child has a ride on one of the pink seesaws on the Mexican side of the US-Mexico border. Picture: AP

“One of the most incredible experiences of my and @vasfsf’s (Ms San Fratello’s) career bringing to life the conceptual drawings of the Teetertotter Wall from 2009 in an event filled with joy, excitement, and togetherness at the borderwall,” Prof Rael wrote in an Instagram post.

“The wall became a literal* fulcrum for US — Mexico relations and children and adults were connected in meaningful ways on both sides with the recognition* that the actions that take place on one side have a direct consequence* on the other side,” he added.

The word fulcrum means a central point a lever rests on. Fulcrum is also often used to describe a more symbolic* thing that plays a central or essential role in an activity, event, or situation. In this case, the designers saw the seesaws and the wall to which they are attached as both literal and metaphorical* fulcrums.

In video accompanying the post, kids are seen playing on the three seesaws spanning the barrier dividing the two countries.

The scene drew praise on social media at a time when there is a lot of attention in the US on the border and US President Donald Trump’s campaign promise to build a wall to prevent illegal immigration from the Mexico side of the border, into the US.

“Beautiful reminder that we are connected: what happens on one side impacts the other,” Mexican TV star Mauricio Martinez wrote on Twitter.

“The symbolism* of the seesaw is just magical. A #Border fence will not keep us from our neighbours,” wrote Claudia Tristán, who is working to help US Democratic* candidate Beto O’Rourke in the 2020 US election campaign.

“Art is such a powerful vehicle* for change,” RAICES said in a tweet. “A beautiful installation at our southern border reminds us that: ‘Actions that take place on one side have direct consequences on the other.’” 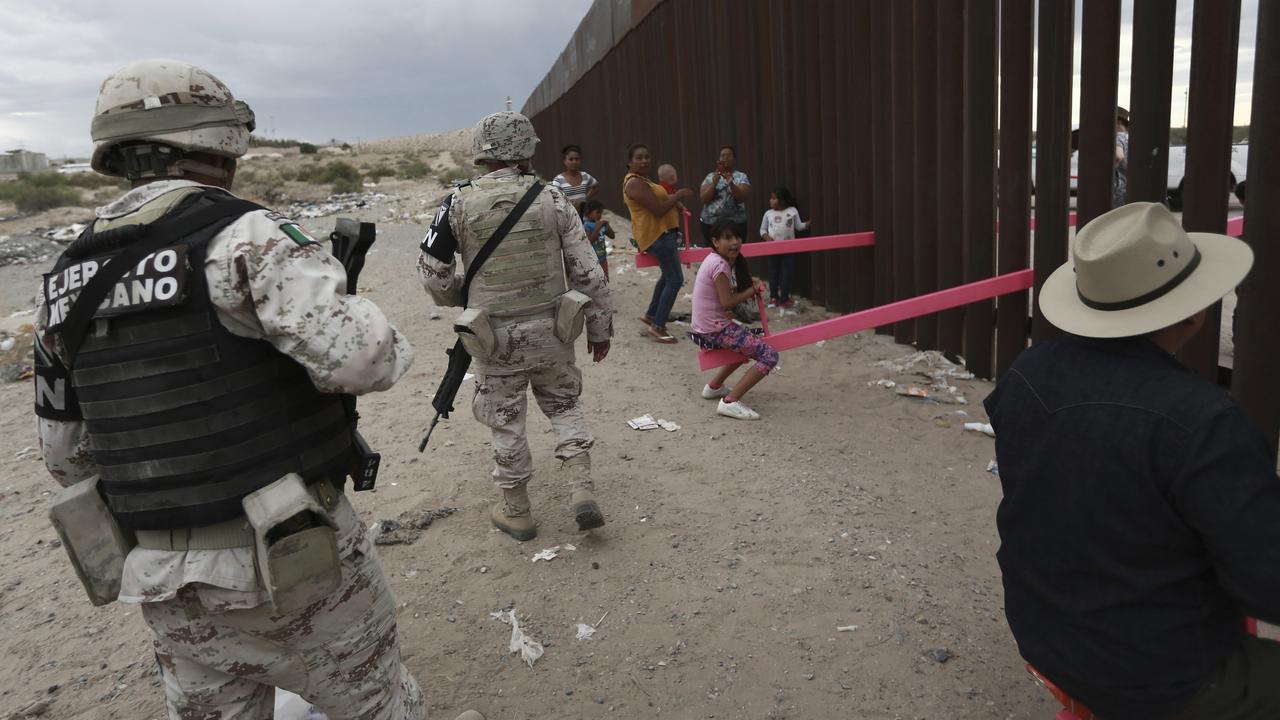 Members of the Mexican military police check children and people as they play on the seesaws at Ciudad de Juarez, Mexico, July 28, 2019. Picture: AP

This story was originally published in the New York Post and is reproduced here with permission.

Is a bigger Australia better?

Lost wallet study finds people care about each other

CLASSROOM ACTIVITIES
1. Write a story
Imagine that you are one of the people playing on the teeter-totter. Write a story about it. The purpose of your story is to help your reader understand why you think that this is important.

2. Extension
The seesaw or teeter totter is a symbol of something that the designers think is really important. Explain in your own words what it symbolises. Then, choose an idea or an issue that you think is important in your community, or in Australia. Like the teeter totter designers, design something that could be a symbol that helps people learn about or understand it.

HAVE YOUR SAY: Do you think the seesaws are a good idea? If so, what do they tell or remind us? If you don’t think so, why not?
No one-word answers. Use full sentences to explain your thinking. No comments will be published until approved by editors.