Smart girls suffer a “fear of failure’’ even when they beat boys at school, a new global study of 600,000 teens reveals.

Smart girls suffer a “fear of failure’’ even when they beat boys at school, a new global study reveals.

The survey of 600,000 teenagers at the age of 15 – including more than 14,000 Australian high school students — shows that even the smartest girls lack confidence.

“Girls expressed greater fear of failure than boys, even when they outperformed boys in reading by a large margin*,’’ the report says.

“This gender gap was considerably wider amongst top-performing students.’’

The study found that girls are better than boys at “conflict resolution’’ and understanding other people’s points of view.

But boys are better at adapting to new situations, even when under pressure. The study found that girls are better than boys at “conflict resolution’’ and understanding other people’s points of view.

The report also reveals that only 10 per cent of 15 year olds can distinguish* between a fact and an opinion, making it harder to detect “fake news”.

“The smartphone has transformed the ways in which people read and exchange information,’’ it says.

“In the past, students could find clear and singular* answers to their questions in carefully curated* and government-approved textbooks, and they could trust those answers to be true.

“Today, they will find hundreds of thousands of answers to their questions online, and it is up to them to figure out what is true and what is false, what is right and what is wrong.’’

The report says artificial intelligence and computers need to be paired with human brainpower, social and emotional skills, as well as moral* values.

“Education in the future is not just about teaching people, but helping them develop a reliable compass to navigate an increasingly complex, ambiguous* and volatile* world,’’ it says.

The study also found that six per cent of students globally are “always feeling sad’’, and one third are unhappy with their lives – a five per cent increase in just three years.

Teenagers worry most about school work, their relationship with their parents, and “the way they look’’. 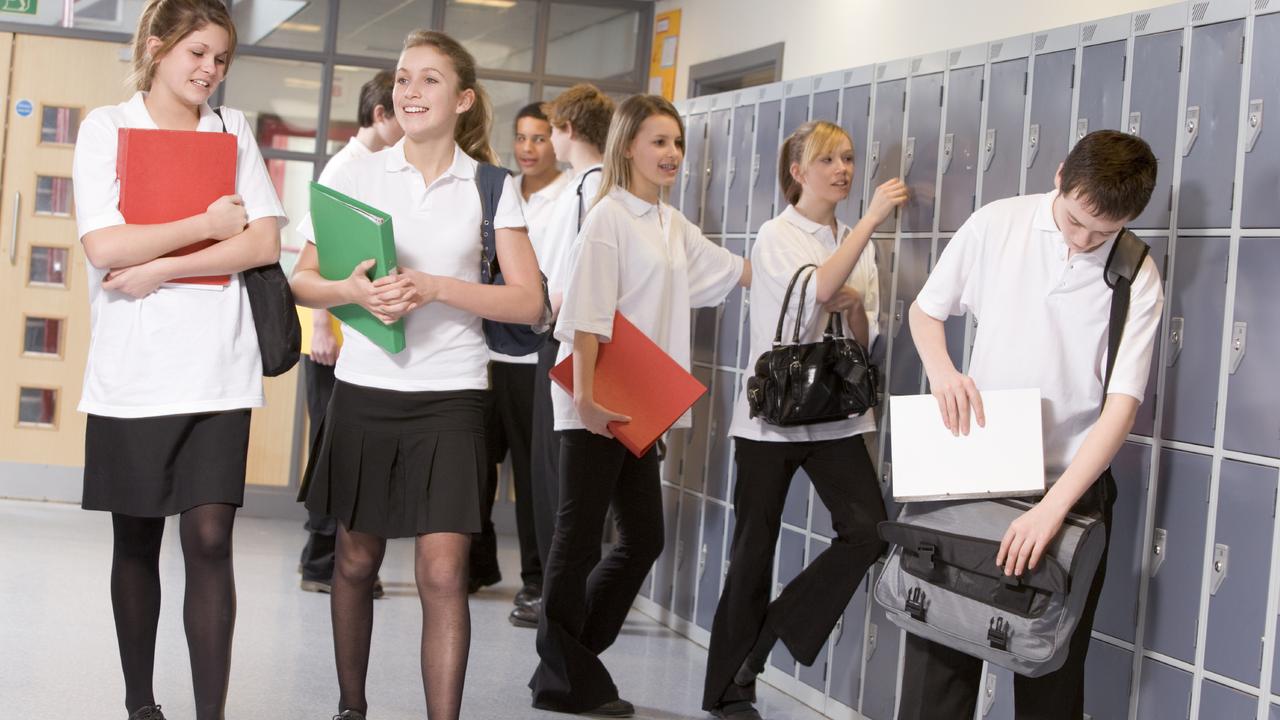 The study found teenagers worry most about school work, their relationship with their parents and their appearance.

The OECD* report calls on governments to “promote equity’’ between poor and rich students.

“While students from well-off families will often find a path to success in life, those from disadvantaged families have generally only one single chance in life, and that is a great teacher and a great school,’’ it says.

The 400-page report also shows that Australian teenagers are leading the world in welcoming immigrants, although few Aussie kids study a second language.

The OECD findings, released in Paris in recent days, are part of the last Programme for International Student Assessment (PISA) test in 2018.

How to find your voice and talk to a crowd

Use a table like this one to record your responses.

2. Extension
Teenagers in this survey worry most about school work, the relationship with their parents and how they look. What positive steps could you take now to help you be confident in these areas when you start navigating your teenage years.

Use a table like this one to record your responses.

HAVE YOUR SAY: Does your experience match the study findings?
No one-word answers. Use full sentences to explain your thinking. No comments will be published until approved by editors.