Prince Harry and Meghan vow a lifetime of love before family and friends in a fun, modern wedding Prince Harry and Meghan Markle became the Duke and Duchess of Sussex when they married at Windsor Castle on the weekend.

Just in case you didn’t watch it on TV — 2 billion people around the world did — the bride’s very simple and non-frilly dress was designed by Clare Waight Keller of French fashion brand Givenchy. It didn’t have any lace, beads or sequins but her veil and train did have flowers from all the 53 countries of the Commonwealth* embroidered on it. The Queen lent her a diamond tiara like a headband.

The weather was warm, with a blue sky and bright sunshine and the atmosphere* around Windsor was like one huge party, with 100,000 people lining the streets and buildings decorated with British and American flags. 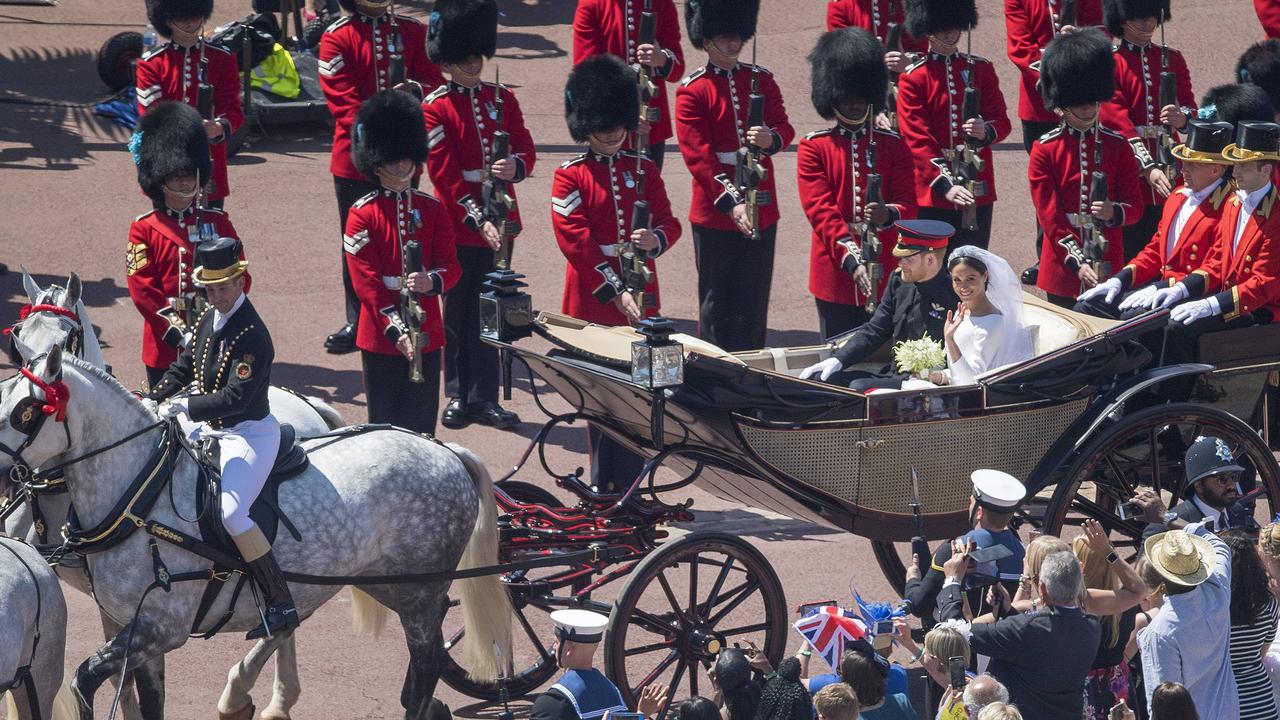 The Duke and Duchess of Sussex parade through Windsor after their wedding ceremony. Picture: MEGA

Three-year-old Princess Charlotte poked her tongue out in fun at the cameras on the way to the wedding, which is something Prince Harry used to do to photographers when he was a little boy. Princess Charlotte on her way to the wedding. Picture: MEGA

Guests were in very formal clothes. The men wore suits and the women wore hats, suits and dresses of many colours.

Royal weddings are usually enormous and there are often many important people there — such as politicians — some of whom the couple don’t even know. These guests were relatives and Harry and Meghan’s friends, including tennis champion Serena Williams, movie star George Clooney, soccer legend David Beckham and talk-show host Oprah Winfrey. Australian actor Jacinda Barrett was also there. Ms Barrett acted in the TV series Suits with Meghan. The Most Reverend Michael Curry from New York gave a religious sermon, or speech, that was much longer and more energetic than usually happens at Royal weddings. It looked like some people couldn’t help giggling at his unexpected energy. But he talked a lot about the power of love and all the news reports of the wedding afterwards were about how his speech was very nice and appropriate for this wedding.

A choir of 20 singers from London called the Kingdom Choir performed “Stand by Me” before 19-year-old Sheku Kanneh-Mason played the cello. 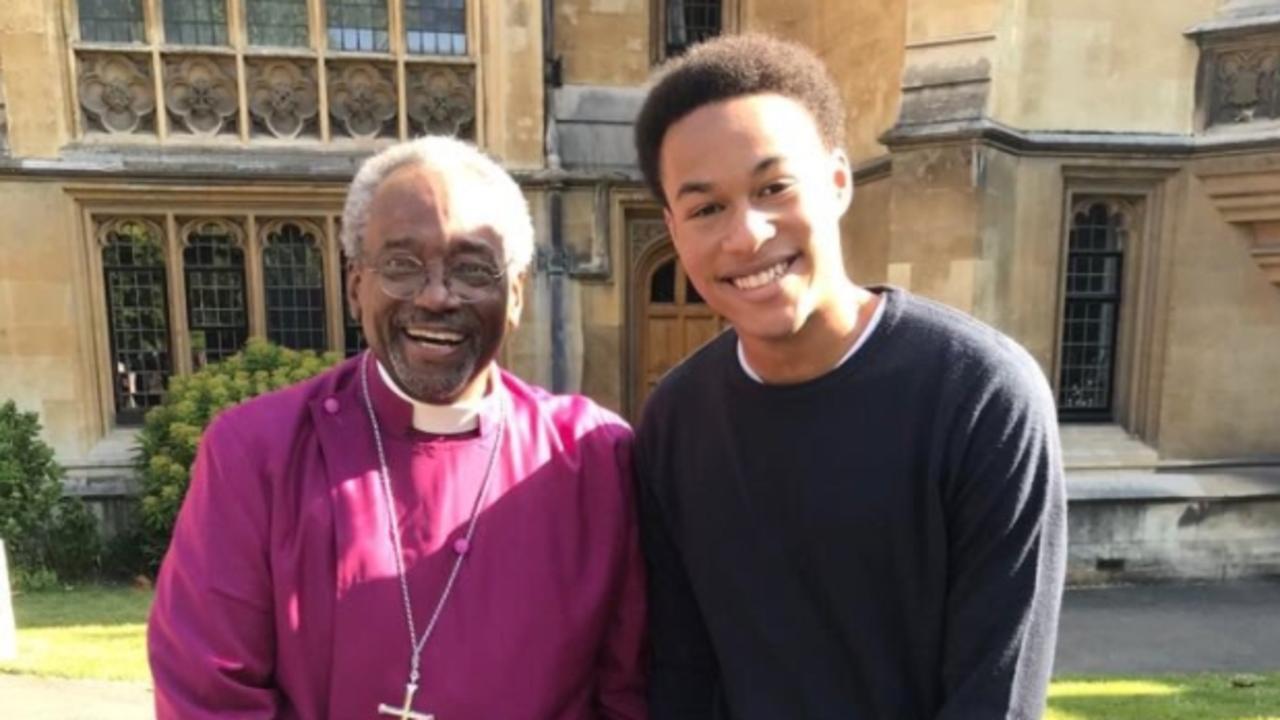 A guest at the afternoon reception* said everyone cheered when Prince Harry referred to Meghan as his wife.

“It was very off-the-cuff*, which was lovely,” the guest told People magazine.

Prince Charles ended his speech by calling his son “My darling old Harry, I’m so happy for you”, according to the guest.

The couple asked for donations to charity instead of wedding gifts. Australia gave $10,000 to support the Invictus Games, which Prince Harry started for injured or sick soldiers. Australia also gave the couple an Akubra hat each.

The newlyweds are not going on a honeymoon straight away. Instead they are going to Prince Charles’ 70th birthday party on Tuesday, which the Queen is hosting at Buckingham Palace.

They are coming to Australia in October for the Invictus Games, which are in Sydney. The newly married Duke and Duchess of Sussex drive to an evening reception at Frogmore House, hosted by the Prince of Wales. Picture: MEGA

CLASSROOM ACTIVITIES
1. Royal gift
Australia gave the couple two Akubra hats and made a donation to Prince Harry’s charity, Invictus, for wounded or ill soldiers. What would you give instead of the hats if you were deciding on Australia’s gift? Remember that they have asked for no gifts and a donation to charity, so it needs to be something inexpensive (in addition to the donation) and very meaningful. It must be able to be posted overseas. Draw or write a description of your choice of gift.

2. Extension: Make a wedding card to give with your chosen gift, including a message to congratulate the Duke and Duchess of Sussex. Explain why Australia’s gift you have chosen is significant.