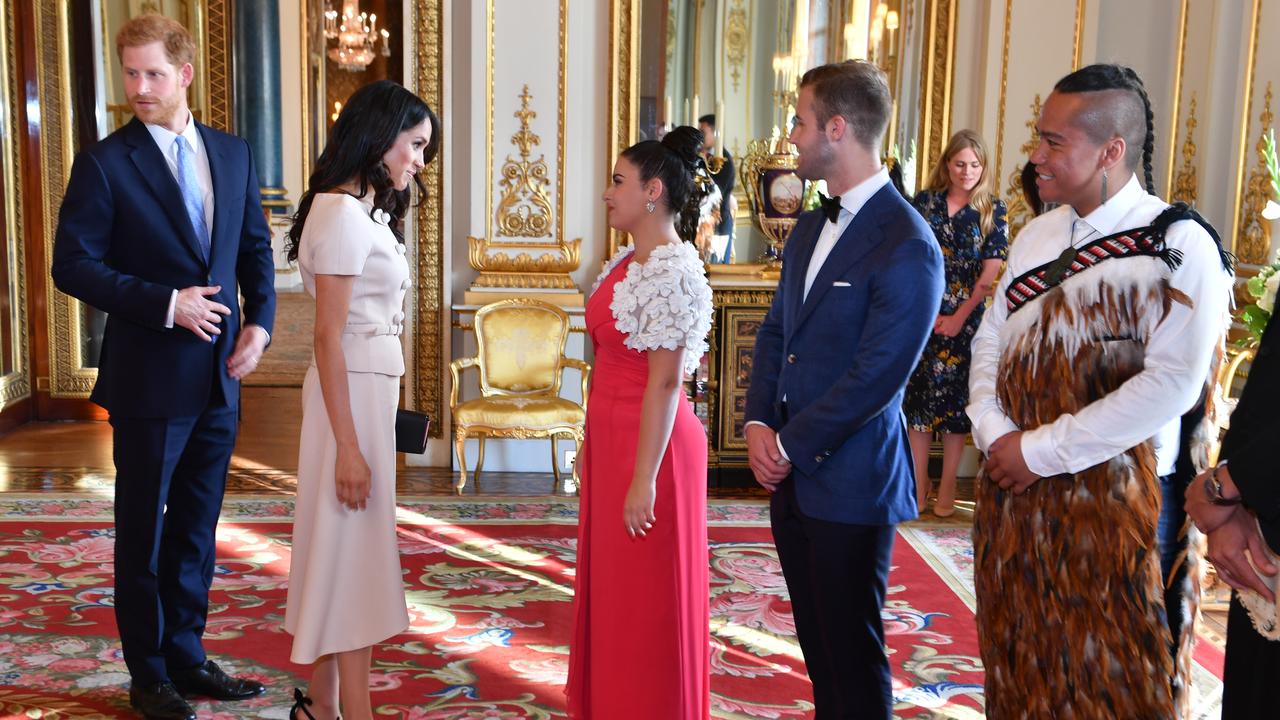 Two young Australians have visited the Queen at Buckingham Palace to receive awards for their service to the community.

Caitlin Figueiredo, 22, of Canberra, and Hunter Johnson, 26, of Melbourne, received Queen’s Young Leader Awards from Her Majesty at a ceremony at Buckingham Palace. The Queen and The Duke and Duchess of Sussex attend the Queen’s Young Leaders Awards ceremony at Buckingham Palace, London, on June 26. Picture: MEGA

Mr Johnson co-founded* The Man Cave, which works with boys and young men to help them be healthy and have healthy, respectful relationships. He also works to end the shame some people feel about mental illness and about being victims of violence. His aim is to introduce programs on these topics to every school in Australia.

He earlier co-founded Kids in Philanthropy* (KiP), which encourages children to raise money for young people in need. At 19 she founded World Vision’s youth organisation VGen ACT, and co-founded the Peshawar School for Peace, which encourages peace and provides education and career opportunities for 300 women and girls.

Ms Figueiredo has spoken to governments and at the United Nations* about bullying and ending violence towards children, and organised the world’s largest Girls Takeover Program with the Australian Parliament to increase the numbers of female leaders and politicians.

In 2016 she became the head of Lake Nite Learning, which helps young people get jobs and become community leaders. 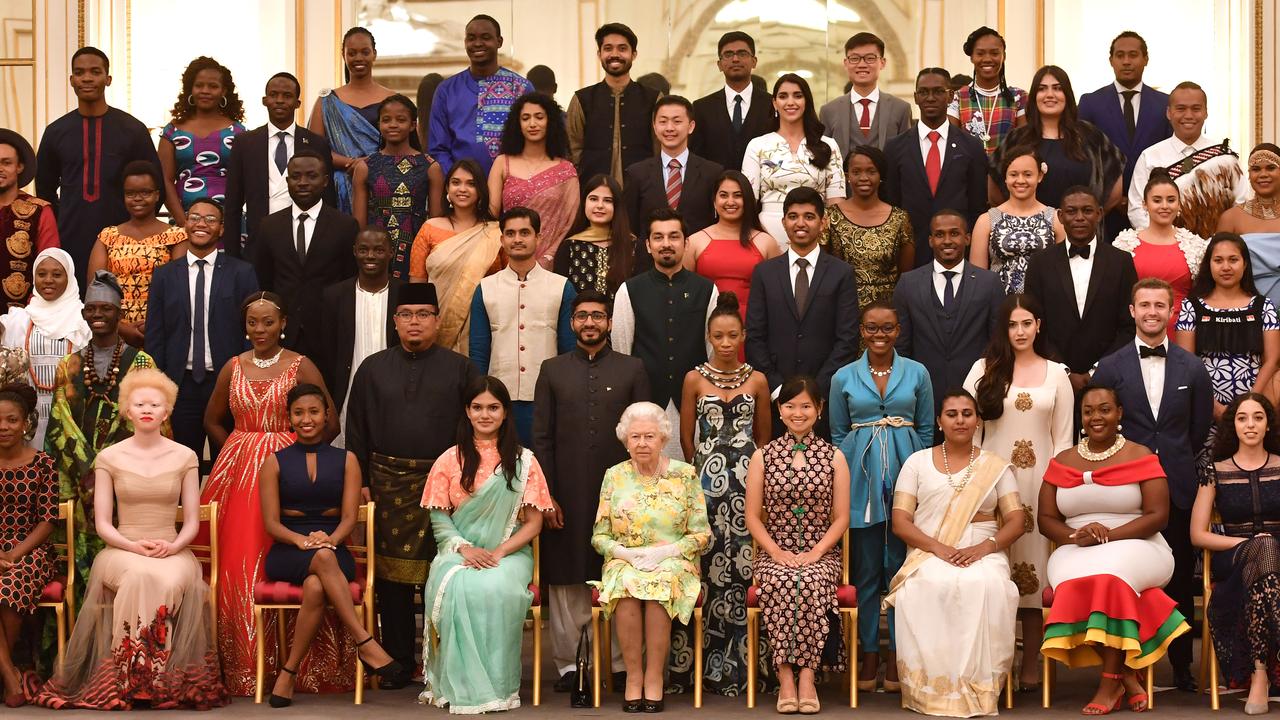 Queen Elizabeth II with some of the Queen’s Young Leaders. Picture: Getty

The Queen’s Young Leaders Program began in 2012 and has awarded 60 young leaders a year from Commonwealth* countries, in honour of the Queen’s 60 years on the throne, which is called the Diamond Jubilee. This is the final year of the four-year program.

The 240 young award winners from the past four years will continue to be supported in their efforts to reduce poverty, improve mental health, equality and climate change.

Guests at Buckingham Palace included David Beckham and chairman of the Queen Elizabeth Diamond Jubilee Trust, Sir John Major, who is a former UK Prime Minister. Prince Harry, who in April was named by the Queen as a Commonwealth Youth Ambassador* and Meghan, the Duchess of Sussex, were also there. The young leaders spent the past week in the UK training and meeting mentors*, including UK Prime Minister Theresa May, and visiting the UK headquarters* of organisations including Facebook and the BBC World Service*.

HAVE YOUR SAY: What are some of the reasons it is important to congratulate people when they work hard to help others? Explain your answer using full sentences.