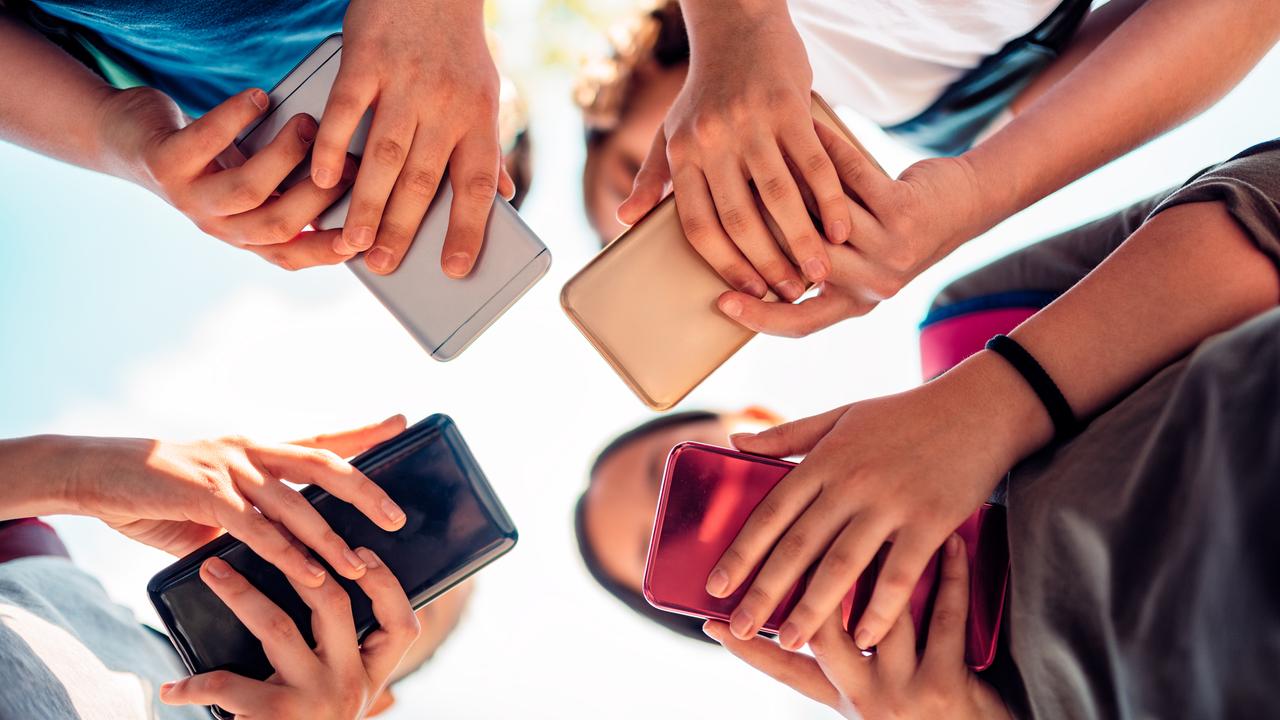 A petition is calling for mobile phones to be banned at NSW high schools to encourage kids to talk and play together at lunchtime and recess. Picture: iStock

More than 20,000 people have signed a petition calling on the NSW government to ban mobile phones in public high schools so children actually spend recess and lunch talking to each other.

But the state’s Education Minister, Sarah Mitchell, has ruled out any policy change, sticking with a 2018 decision to allow secondary school principals to set their own rules when it comes to mobile phones.

The devices are banned in public primary schools in NSW. Principals of NSW high schools can make their own rules about students’ use of mobile phones. Picture: iStock

The petition was triggered by a Year 7 student who said he had not been able to make new friends because his classmates spent break times glued to ­social media apps on their phones.

“My 12.5 year old son is struggling to enjoy high school. He was always happy in primary school and is very active and sporty,” his mother said in a social media post to the Facebook group North Shore Mums.

“But he says he hates high school as lunchtimes are so boring because everyone (is) on their phones all the time. He wants to run around and play tip or soccer.”

In response to the petition, Ms Mitchell said she would not issue a blanket ban* for secondary schools because she trusted individual principals to get the balance right.

“High schools have the flexibility to set their own ­mobile phone policy, with the majority of high schools in NSW having some form of restriction on their use,” she said.

“While mobiles can be disruptive, students also need to learn how to use their devices responsibly.” The petition was triggered by a Year 7 student who loved playing sport in primary school but was struggling to make friends at high school because his classmates were glued to their mobile phones during breaks. Picture: iStock

“The big problem is the distraction. You’re meant to be in class learning, if there is something beeping in your pocket, that is not conducive* to that,” she said.

“Also playtime is really important. I remember sitting around with my mates chatting about what is going on in their lives and if students don’t have the opportunity to do that because they’re looking at a phone, that’s a worry.”

An analysis of mobile phone bans by Carleton University in California in 2015 found students at schools which banned mobile phones performed 6 per cent higher in standardised tests* at age 16.

Macquarie University digital learning expert Garry Falloon said he backed a ban on phones at school but added parents also had a role to play in moderating* school behaviour.

“It is not the technology, it is how it is used that is the problem: cyber-bullying, issues around management of image, self esteem, trolling, all of the things which happen online, which can have significant negative psychological* effects,” he said.

Students see benefit of phone bans, like it or not

2. Extension
If you were the principal of a high school, what would the rules around mobile phones be? Write your own set of guidelines based on what you think is best for students.