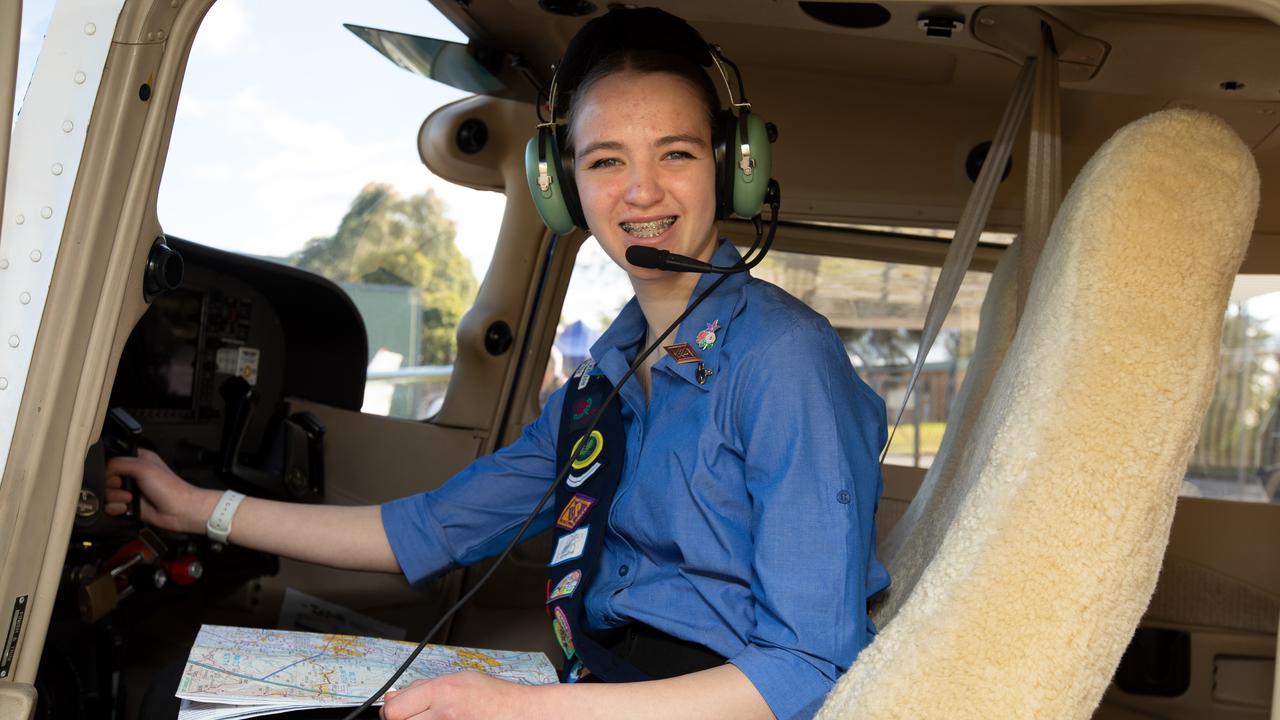 While getting a driver’s licence is a symbol of independence for many teens, Chloe Familton, 16, took to the skies to claim hers, after qualifying for her solo pilot’s licence late last year.

The NSW student has so far accrued* more hours in a cockpit* than behind the steering wheel of a car.

“My grandfather was a navigator* in the air force in the Vietnam War*, so I guess I’m the third generation to be interested in aviation,” she said. 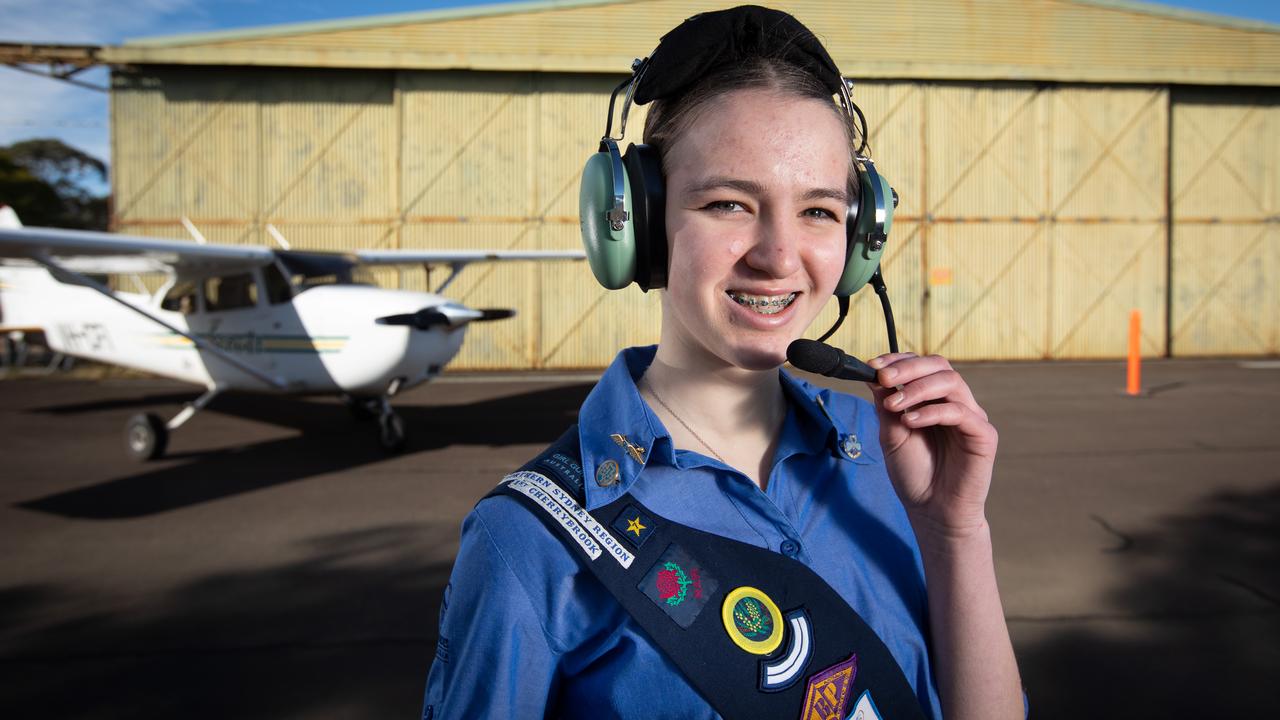 Chloe Familton has a third generation passion for aviation – her grandfather was an air force navigator in the Vietnam War. Picture: Brendan Read

After attending the Scouts NSW open day, the Cherrybrook Technology High School student began training alongside her father Scott and the pair got their flying licences last year.

“I was pretty scared when she went up in the air for her first solo, as any dad would be, but she handled herself well … I’m hugely proud,” Mr Familton said. Father and daughter were among those celebrating the 50th anniversary of the Air Activity Centre on Sunday, when Scouts chief commissioner Neville Tompkins said learning to fly was one of the many diverse* activities offered by the organisation.

“A lot of people think scouting is learning how to tie knots – very few would know you can join Scouts and learn how to fly,” he said.

“We’ve got a diverse program of activities (which) is how we are repositioning* ourselves to be much more attractive to what young people want.” CLASSROOM ACTIVITIES
1. Pilot v driver’s licence
Chloe Familton has just earned her solo pilot licence at 16. Other 16-year-olds can also gain their learner driver’s permit, but can’t drive a car solo in some states until 17 or 18.

Create a two-column graph to compare and contrast the skills needed to fly an aircraft as opposed to driving a car as a teenager. Make the heading of the left hand column “Solo pilot’s licence” and the right “Solo driver’s licence” and list differences below – start by researching minimum flying and driving hours in your state.

2. Extension
Have you heard of Scouts before?

If so, what did you think they did?

Does this article change your opinion about getting involved with Scouts activities?

Find a “who” in the cartoon – a person or an animal. Write it down.