A Japanese woman certified the world’s oldest person has died at the age of 119.

Kane Tanaka was born on January 2, 1903, in the southwestern Fukuoka region of Japan, the same year American aviation pioneers the Wright brothers flew for the first time and Polish- born physicist and chemist Marie Curie became the first woman to win a Nobel prize*. 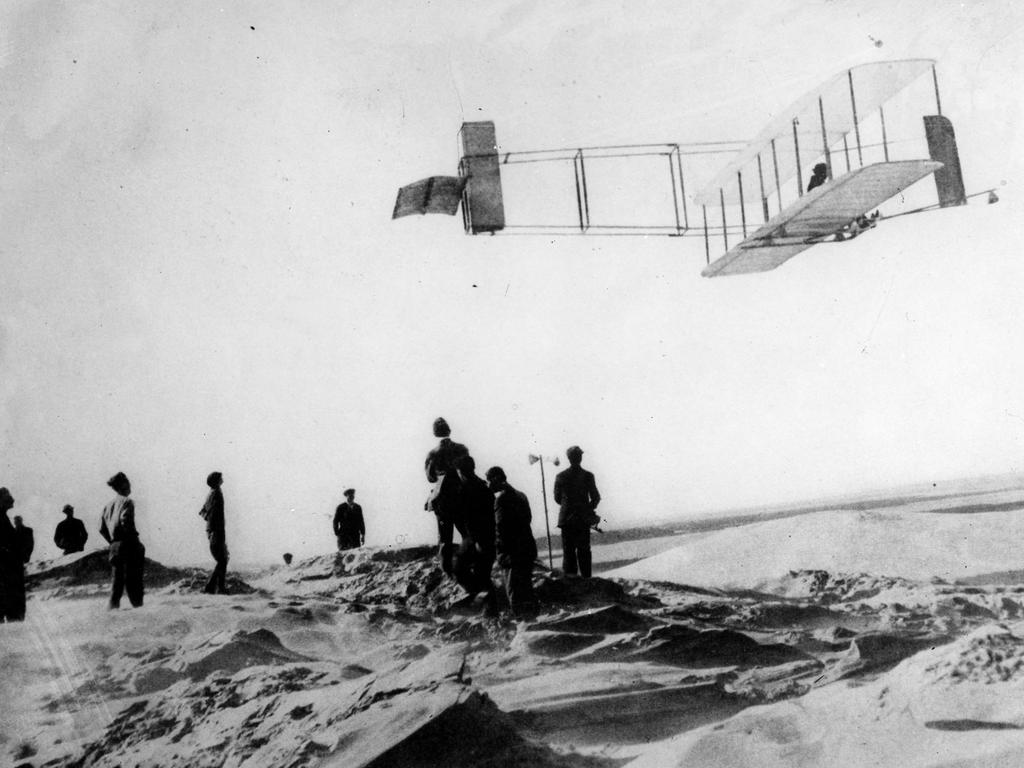 The first aeroplane built by the Wright brothers is seen here being put through its paces in South Carolina, USA, circa-1910. The godfathers of aviation first flew in 1903, the same year Japanese woman Kane Tanaka was born. Picture: file image

Ms Tanaka was in relatively good health until recently and lived at a nursing home, where she enjoyed board games, solving maths problems, soda and chocolate.

In her younger years, Ms Tanaka ran various businesses, including a noodle shop and a rice cake store. She married Hideo Tanaka a century ago in 1922, giving birth to four children and adopting a fifth.

She had planned to use a wheelchair to take part in the torch relay for the Tokyo Olympics in 2021, but the pandemic prevented her from doing so. 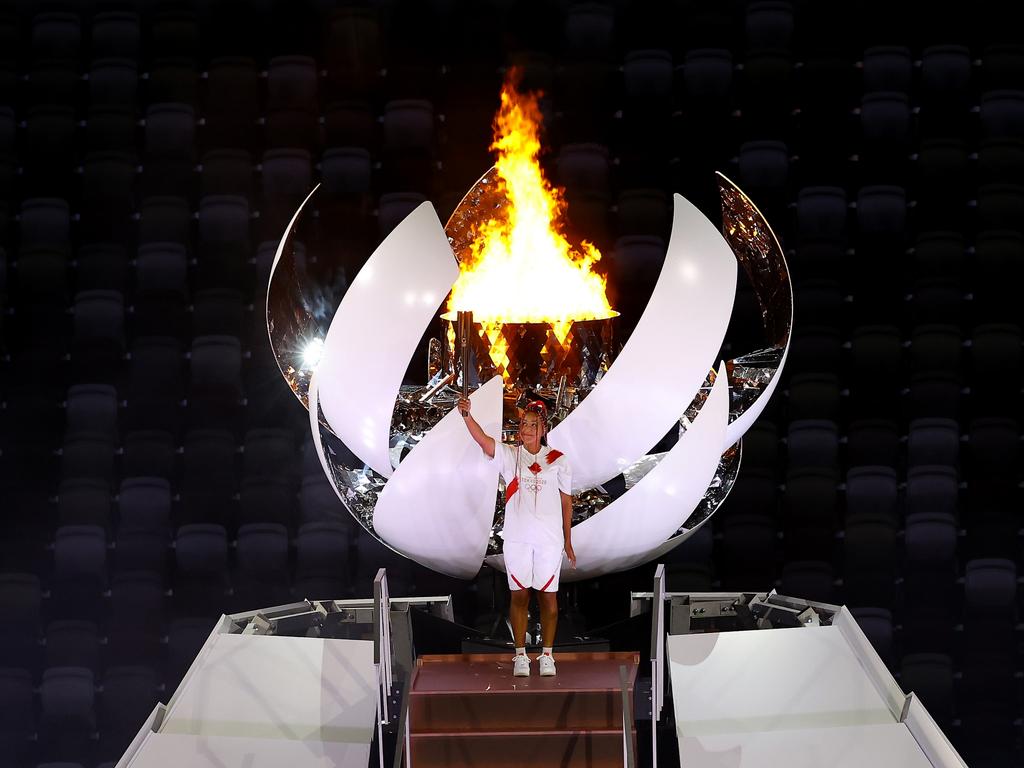 The pandemic prevented Kane Tanaka, then aged 118, from taking part in the Tokyo Olympics torch relay as planned. Pictured is Naomi Osaka of Team Japan after lighting the Olympic cauldron at the Opening Ceremony on July 23, 2021 in Tokyo, Japan. Picture: Laurence Griffiths/Getty Images

When the Guinness World Records recognised her as the oldest person alive in 2019, she was asked what moment she was happiest in life.

Her daily routine was described at the time as including a 6am wake-up, and afternoons spent studying mathematics and practising calligraphy*. 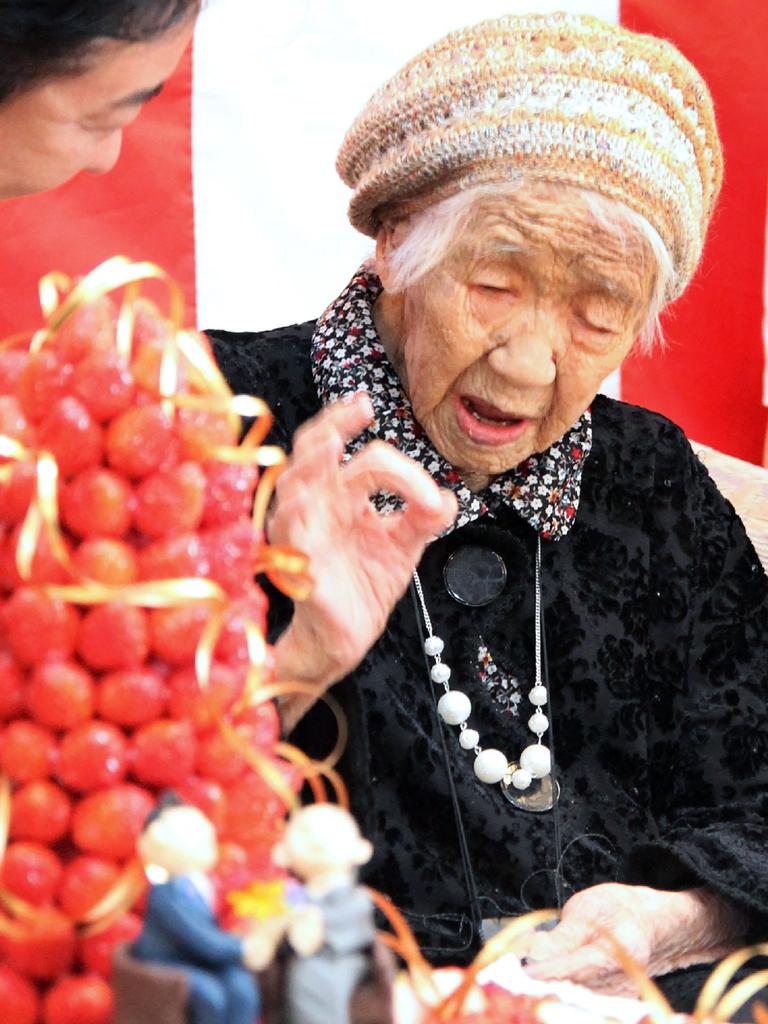 Kane Tanaka was recognised by Guinness World Records as the oldest person alive in 2019 and is pictured here on March 9 that year following the announcement. Picture: JIJI PRESS/AFP/Japan OUT

“One of Kane’s favourite pastimes is a game of Othello* and she’s become an expert at the classic board game, often beating rest-home staff,” Guinness said. “I was looking forward to seeing Kane-san on this year’s Respect for the Aged Day (a national holiday in September) and celebrating together with her favourite soda and chocolate,” he said in a statement on April 25.

“I am extremely saddened by the news.”

Japan has the world’s most elderly population, according to World Bank data, with around 28 per cent aged 65 or older.

The oldest-ever living person verified* by Guinness was Frenchwoman Jeanne Louise Calment, who died aged 122 years and 164 days in 1997. Jeanne Louise Calment died in 1997 at the age of 122 and retains the record for the oldest-ever person, as verified by Guinness World Records. Picture: file image

CLASSROOM ACTIVITIES
1. Cultures and living longer
Japan has the world’s most elderly population. Maybe they hold the secret to living a longer life?

Three top tips for living up to 119 like Kane Tanaka:

2. Extension
From the Kids News article, highlight five things that may have led to Ms Tanaka living a long and healthy life: