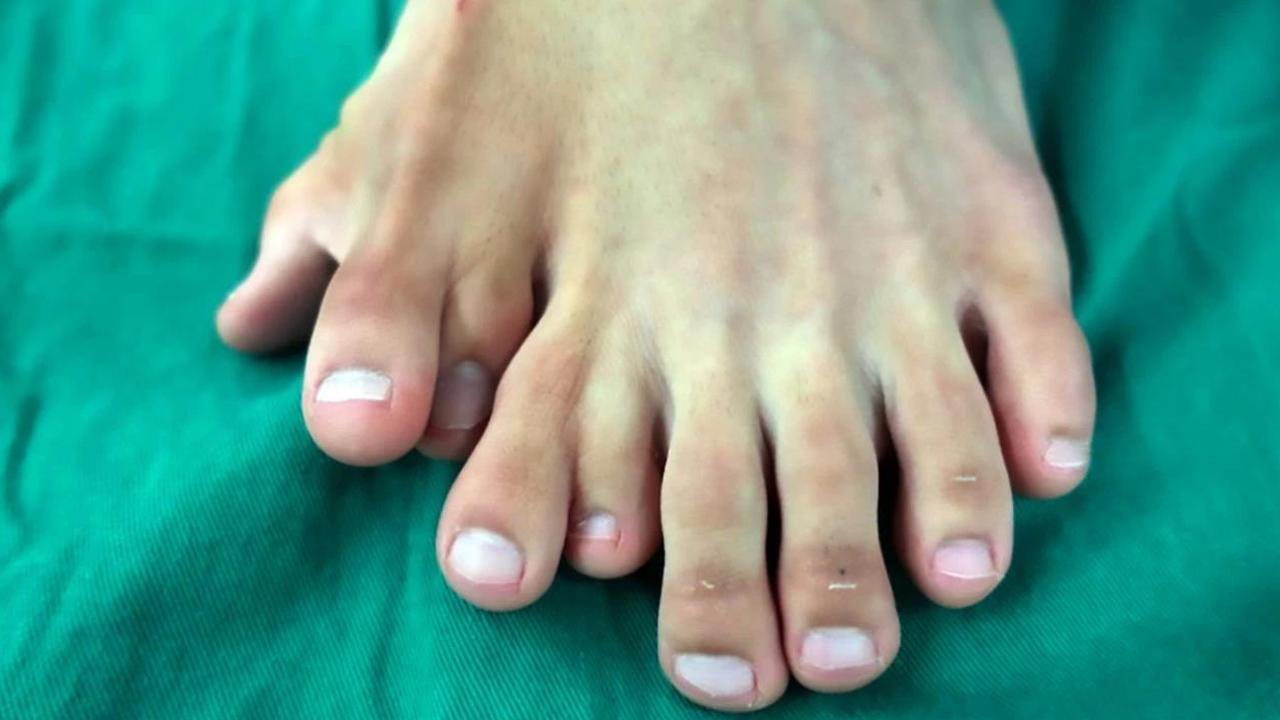 A man born with nine toes on his left foot has finally had the four extra digits* surgically removed after a lifetime of living with the deformity.

The 21-year-old man, who doctors identified only as Ajun, told news service Asia Wire that his parents were reluctant to do the surgery when he was a baby — since a fortune teller claimed the extra toes were “a gift from the heavens.”

The deformity, polydactyly, is a rare birth defect more common among males.

Though he was able to walk, Ajun, who is from Lufeng City, Guangdong Province in China, spent his life ashamed to wear sandals. It impacted his social life and mental health.

“I’ve never had a girlfriend because I’m so imperfect*,” he said. “I never thought I’d find anyone who wants to be with me.”

Ajun said his parents were “superstitious*, so they didn’t deal with it. They thought if it really looked too bad, I could just cover it with my shoes.” Ajun sought medical help at the Shunde Heping Surgical Hospital in the city of Foshan. His doctor, Wu Xiang, said Ajun’s condition is rarely seen in someone his age.

“Surgery can happen as early as one year old, but no later than six years old,” Wu said. “This is better for the child’s psychological* wellbeing, but earlier operations also lead to better recovery results.” 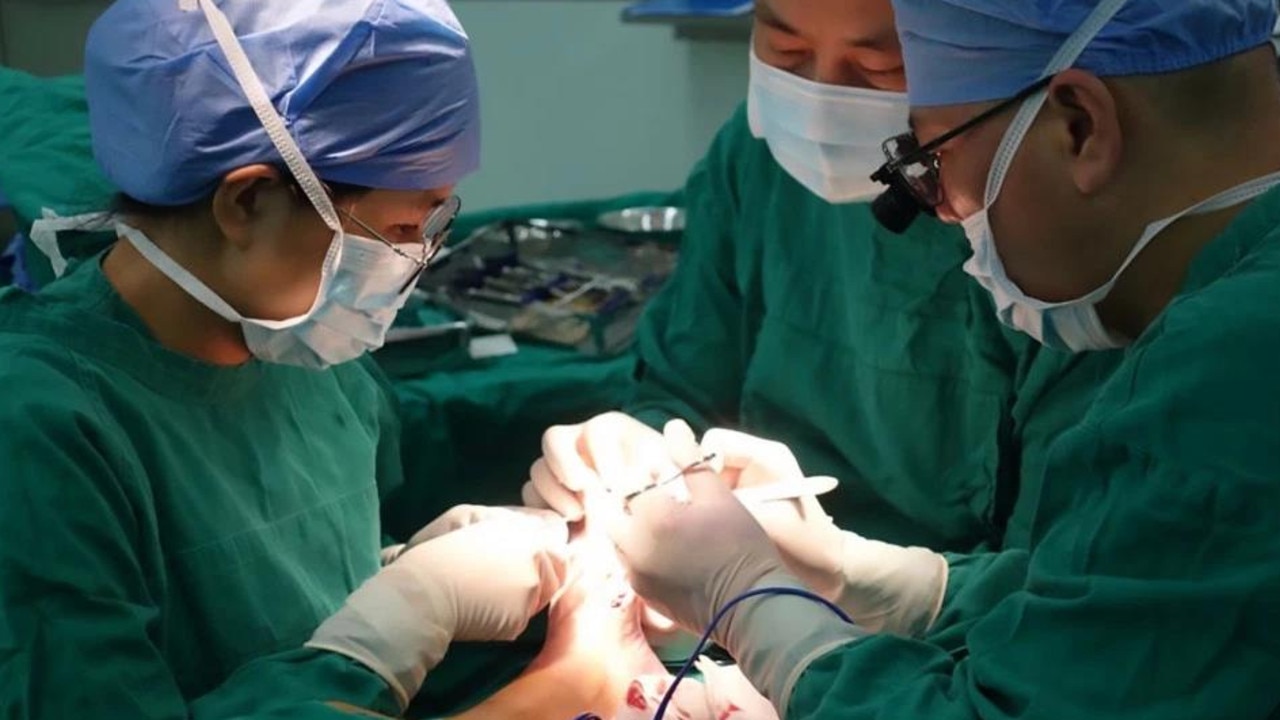 He underwent a nine-hour operation to create a new big toe. Picture: AsiaWire

“Other hospitals would’ve just removed his outermost extra toes,” Wu said. “That would’ve been the easiest solution, but it wouldn’t look the best. His most natural-looking toe is on the outside, so we decided to migrate* it inwards to its most ideal position, replacing his fifth digit and creating a new big toe.”

But it was worth it. Ajun said he’s thrilled with the operation. He’ll recover in the hospital for a few more weeks.

“I think my foot is perfect.”

This article first appeared in the New York Post and is republished here with permission.

POLYDACTYLY
The name polydactyly is pronounced polly-dack-tilly and comes from the Greek words for many (polys) and finger (daktylos).

It refers to the condition of being born with extra fingers or toes. It can happen to humans and other animal species.

It is the most common congenital limb disorder. Congenital means present at birth.

One in 1000 babies have polydactyly and almost all of the time there’s no reason for it to have happened.

Occasionally, the condition can be passed down from parents. If both parents have extra digits, their babies have a 75 per cent chance of having extra digits.

Some rare genetic* disorders can also result in a baby having extra digits.

Most babies who have the condition only have one extra digit, but there could be more than one extra.

The extra digit may be a small, raised bump or a piece of skin that looks like a small finger or toe that isn’t fully formed (called a nubbin) or a complete, working finger or toe.

Aussie medical invention could save lives

CLASSROOM ACTIVITIES
1. Doctor’s diagnosis
For this activity you are going to pretend you are a doctor. Your task is to explain polydactyly to parents who have just had a child born with the birth defect. Write down what you will say to the parents. Think about:

2. Extension
During Ajun’s interview he indicated his belief that nobody would want to be with him because of his extra toes. However I’m quite sure that Ajun has plenty of great qualities! Hopefully everybody reading this is wise enough to know that there are far more important things about each individual than their physical characteristics. Make a list of all of the great things about yourself that do not relate to your physical appearance. If you have time, write a sentence giving an example of how you display each positive trait. For example: Generosity – I was saving money for a toy I wanted but when I heard about a family that was experiencing illness I donated the money to them instead.

Why do you think that is?

What evidence in the article can you use to back up this statement?

HAVE YOUR SAY: What difficulties can you imagine the man could have coped with in his life before his surgery? Which of these would you find hardest?
No one-word answers. Use full sentences to explain your thinking. No comments will be published until approved by editors.