Preschool kids who play outside in the bush or at the beach are more likely to perform better in maths, science and technology when they start school.

A new study by Deakin University has found that four-year-olds and five-year-olds who attended “bush kinder” – where they learnt in parks, paddocks or in the sand – developed ­betters skills in these areas than peers who stayed inside. 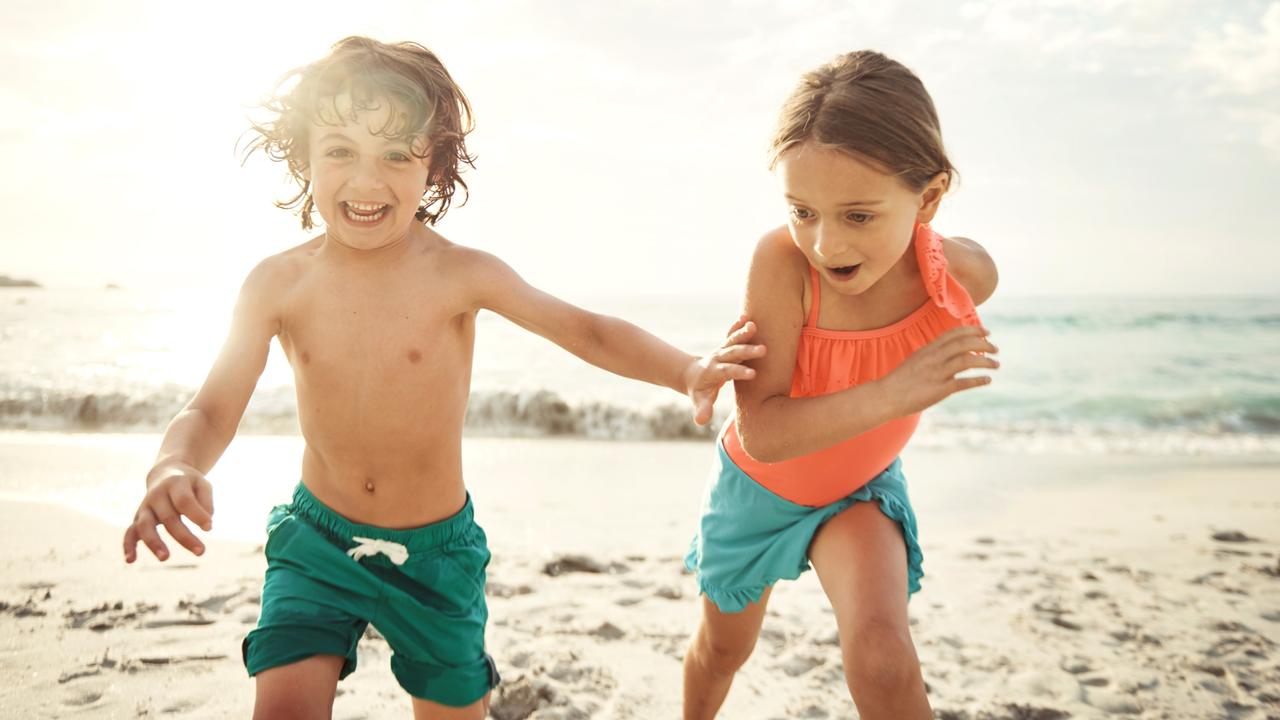 Preschool kids who play outside in environments like the beach are more likely to perform better in STEM subjects when they start school, according to a new Deakin University study.

Girls had the biggest improvement in these subjects when iPads and gendered* toys were replaced with nature, the researchers discovered. The study, which looked at children attending weekly bush kinder for a year, found kids aged four and five were more confident and likely to ask questions.

He said this was because kids learning outdoors did not gravitate* towards traditional “boys’ toys”, such as trucks and sandpits, or to traditional “girls’ toys” like dolls and pretend cooking. Deakin University study co-author Chris Speldewinde said outdoor play allows girls and boys to put away their dolls and trucks and interact creatively with the environment around them to learn crucial STEM fundamentals. Picture: Zak Simmonds

“Unstructured, outdoor play allows girls and boys to put away their dolls and stuffed toys and interact creatively with the environment around them to learn crucial STEM fundamentals*,” he said.

“For girls in particular, it takes away associations of gendered play and gets kids to be reliant on sticks and rocks for imaginary play.”

Mr Speldewinde said this early education could improve later academic performance in STEM subjects, including design and food technology, maths and science, because more girls would take an interest in them.

The shift to outdoor learning reflects an international trend. “Forest schools” have been popular in European early childhood education since the 1950s. Currently only 150 Victorian kindergartens include outdoor learning in their weekly curriculums.

Victorian Education Department guidelines for bush kinders ­require boundaries around sites and ensuring kids are kept away from bodies of water.

“You would typically see boys playing in STEM areas and often the boys will dominate* inquiry sessions, whereas in an outdoor setting, everybody has the chance to participate,” she said.

CLASSROOM ACTIVITIES
1. Create a day
What do you think kids should do in a day in bush kindergarten? Create a timetable or schedule of at least three activities for four- to five-year-olds. For each activity, write a description of what kids will learn from it.

2. Extension
“There’s no difference between the way boys and girls play and learn!” Do you agree with this statement? Write paragraphs explaining your opinion on this. Make your writing as convincing as possible.