Life-size dolls waiting for the bus in the tiny village of Nagoro in western Japan. Picture: AFP

The streets of the tiny village of Nagoro in the mountains of western Japan are deserted, with not one human to be seen.

And yet the village appears busy, dotted with people going about day-to-day life.

The people are life-size dolls that outnumber humans 10 to one.

They’re one woman’s project to counter* the emptiness and loneliness felt in deserted Nagoro, about 550km southwest of Japan’s capital Tokyo.

It has become known as the valley of dolls after local resident Tsukimi Ayano began placing scarecrows on the street to create the illusion of life in her depopulated* village.

“Only 27 people live in this village but the number of scarecrows is tenfold*, like 270,” the 69-year-old doll maker said.

It started 16 years ago when Ayano created a scarecrow dressed in her father’s clothes to prevent birds eating the seeds she had planted in her garden.

“A worker who saw it in the garden thought it really was my father … he said hello but it was a scarecrow. It was funny,” Ayano said. Ready for some gardening in Nagoro. Picture: AFP

Since then, Ayano has not stopped creating the life-size dolls, made with wooden sticks, newspapers to fill the body, elastic fabrics for skin and knitting wool for hair. One scarecrow takes three days to make.

The secret to making the dolls look like they’re alive is to apply pink colour to the lips and cheeks with a make-up brush, she said. 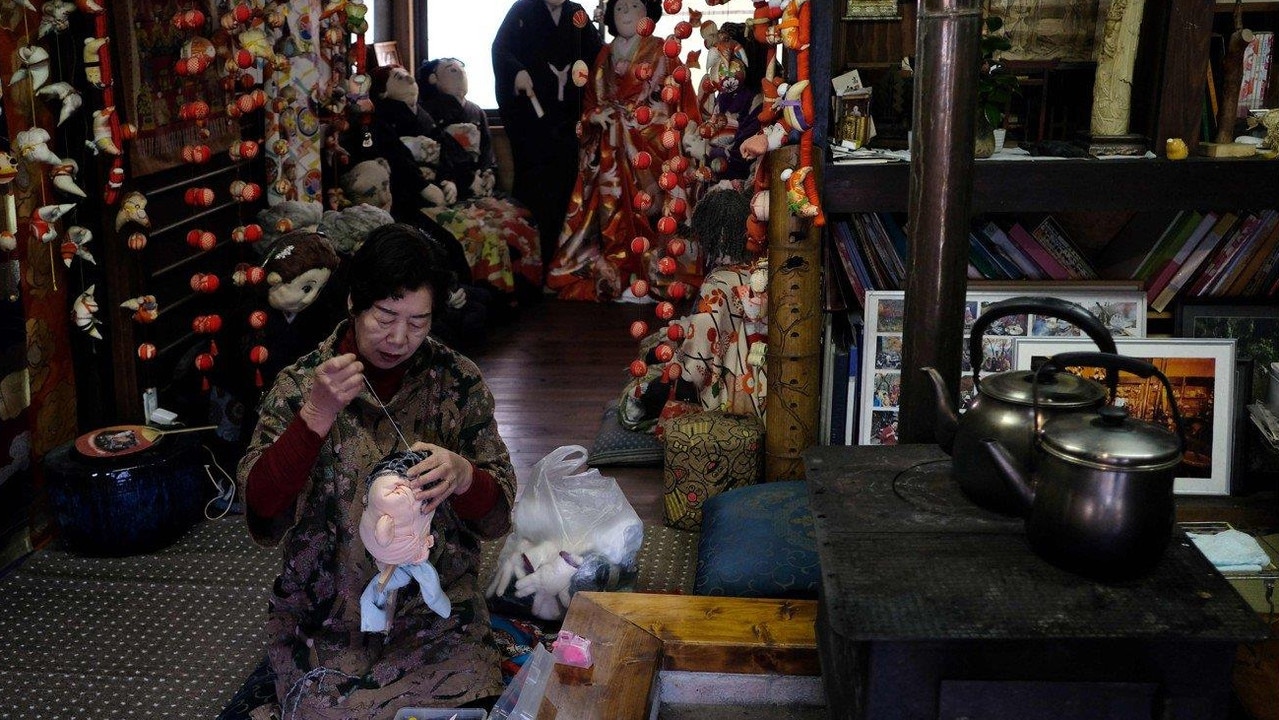 Tsukimi Ayano making the head of a life-size doll at her house. Picture: AFP

At the local school, she has placed 12 colourful child-sized dolls at desks as though there’s a lively class learning.

The school closed seven years ago as there was no one left to teach. “Now there are no children. The youngest person here is 55 years old.”

When Ayano was a child, Nagoro was once home to 300 real people, many of whom worked in forestry and dam building.

“People gradually left … It’s lonely now,” she said. “I made more dolls as I remembered the time when the village was lively.” Tsukimi Ayano posing with life-size dolls displayed at a school, which closed seven years ago as there was no one left to teach. Picture: AFP

The depopulation of Nagoro is repeated all around Japan. Though the country has the world’s third-largest economy* it is battling a declining population, low birth rate and high life expectancy*.

The country is on the verge* of becoming the first “ultra-aged” country in the world, meaning that 28 per cent of the population of 127 million are aged 65 or above.

Around 40 per cent of Japan’s 1700 local-government areas are defined as “depopulated”.

After World War II, many people lived in villages and worked in forestry and farming but young people started to leave for Tokyo in the 1960s, said Takumi Fujinami, economist at the Japan Research Institute.

“The economy was booming in Tokyo and industrial areas at that time. They were the only places people could earn money, so a lot of young people moved there,” he said.

Prime Minister Shinzo Abe has pledged to revive regional areas by spending tens of billions of yen*, but this is not enough to stop young people from leaving to work in Tokyo, Fujinami said.

“We need to create communities where young people can make a long-term living.” 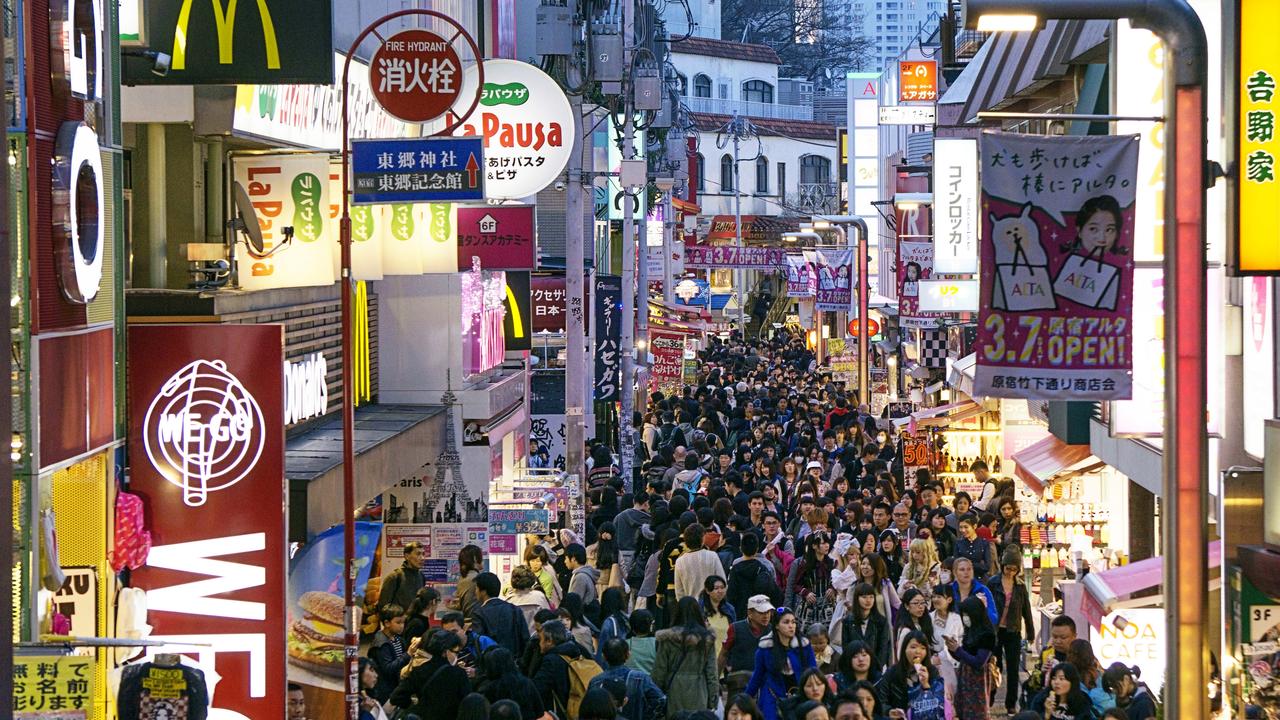 While Ayano’s dolls aren’t yet attracting new human residents, there are now more human visitors from around the world.

“Before I started making scarecrows, nobody stopped by. Now many people visit here,” she said. “I hope Nagoro will become lively again and many people come here for sightseeing. 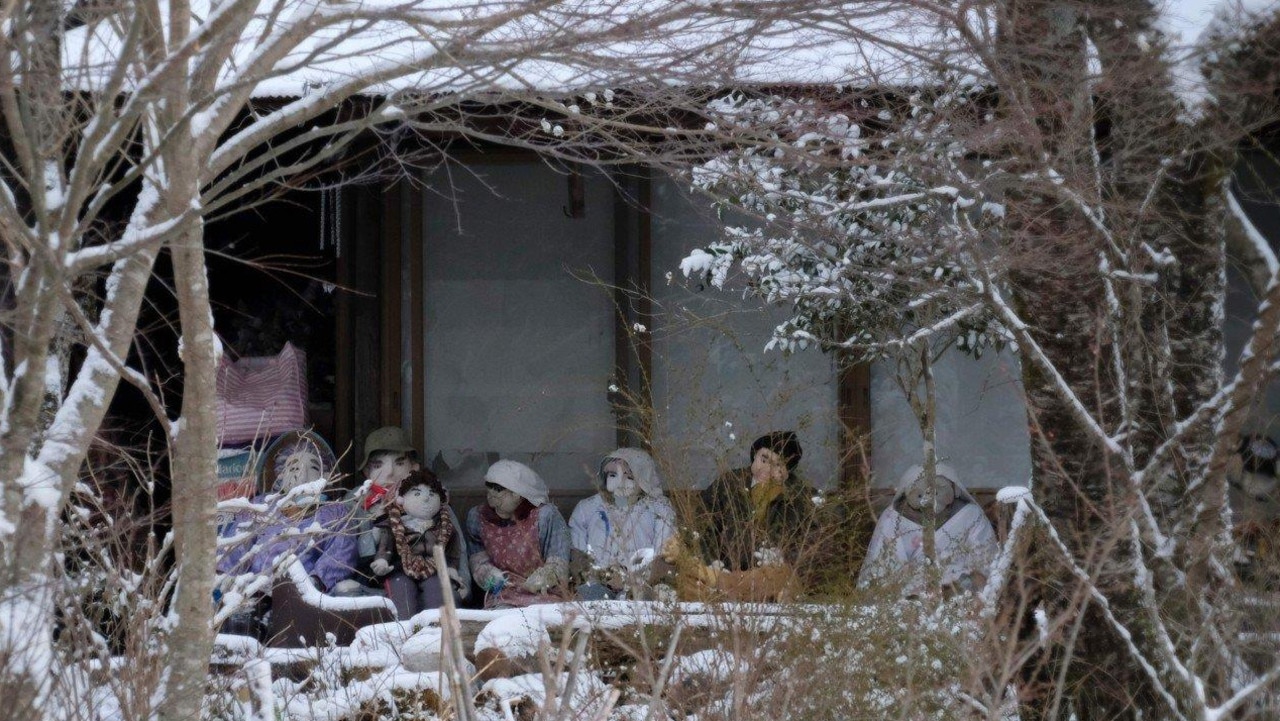 Like real people watching the world go by, the dolls sit on the veranda of a house in Nagoro. Picture: AFP

CLASSROOM ACTIVITIES
1. List the issues
Declining populations in rural areas are a concern, not just in Japan but also in Australia.

Imagine living in a town with just 27 people. The loneliness and emptiness in Nagoro were some things that Tsukimi Ayano noticed as the population of her village declined. What other issues would a town that size have, especially a town where the youngest person is 55 years old, that would make it difficult for the town to grow?

Think about where you live. Think about the jobs people have that are essential to keep your town functioning.

What essential services are provided in your area?

Create a list of issues a declining population may cause for the people that live there and for the town to grow. You can base your list on Nagoro or on Australian towns.

No school, so people with young families are unlikely to move there

No or limited local health professionals, so people have to travel for health care.

2. Extension
Creating these dolls and placing them in various places around the town has generated interest from tourists overseas. This, you would imagine, can only be good for the town’s survival.

Help the town continue to attract more tourists by creating an advertising brochure about the town that encourages visitors. Include some information about and a brief history of the town, a brief profile of Tsukimi Ayano, that includes why she started making the dolls and some pictures of some of the dolls from around the town.

What other ideas could the town offer to encourage people to visit? Pretend that these are in place and put them in your brochure. For example — a souvenir store where you can purchase a replica of the scarecrow dolls, a cafe to have morning tea/lunch on your visit or even workshops run by Tsukimi Ayano where you can make your own scarecrow doll to take home with you.

HAVE YOUR SAY: Would you rather live in a big city, a small country town or a long way from a town?
No one-word answers. Use full sentences to explain your thinking. No comments will be published until approved by editors.