An Australian climber who broke his neck just three-and-a-half years ago reached the top of Mount Everest this week, becoming the fastest person to summit* the highest mountain on each of the world’s seven continents.

After his surfing accident in December 2014, doctors told Steve Plain he may never walk again. Climber Steve Plain on the crater rim at the top of Mount Kilimanjaro.

His record breaks the 2017 record set by Polish climber Janusz Kochanski, who took 132 days to climb the seven summits.

His summit list includes eight mountains. Some people believe the Seven Summits record should include Australia’s Mt Kosciuszko. Others think the Australasian mountain to climb should be Indonesia’s Castensz Pyramid. So no one doubted* his record, Mr Plain climbed both.

Mt Everest, or Sagamartha (goddess of the sky) as the Nepalese call it, is 8848m and was his last..

He waited at Everest Base Camp for several days, waiting for safe weather.

“I just want to get up, get down, and get home,” he said from Everest Base Camp on May 5. 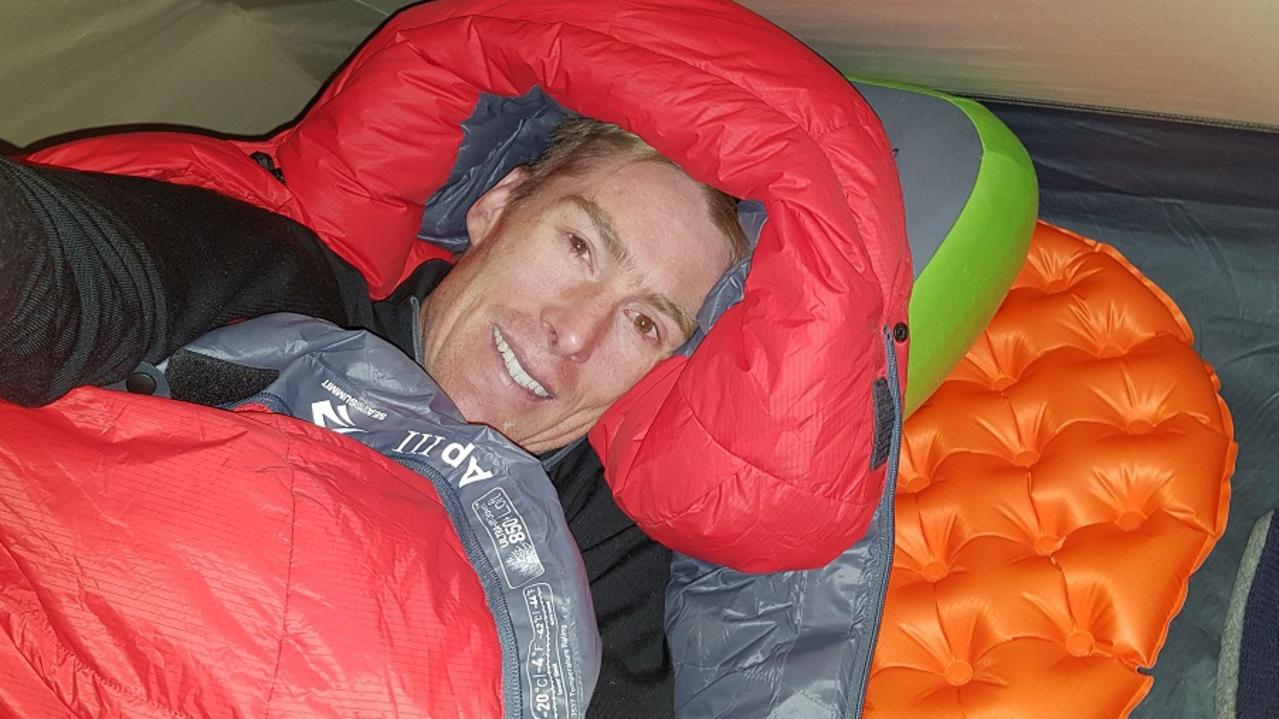 Steve Plain at Mount Kilimanjaro base camp. He also had to wait at Mount Everest base camp before his summit.

Mr Plain was surfing at Cottlesloe Beach in December 2014 when he was dumped by a wave and pushed headfirst into the sand. Two lifesavers rescued him as he couldn’t move or breathe.

“Lying in that hospital staring at the ceiling with the thought that I may not be able to walk again and do some of the things I wanted to do, I decided right there to give myself some focus in the rehab* process,” he said.

The adventurer has wanted to climb Mt Everest since he visited Base Camp when he was 16.

EXTRA READING
Aussie climber on top of the world

CLASSROOM ACTIVITIES
1. Interview
Imagine that you have been asked to interview Steve Plain for Kids News. The purpose of the interview is to show why Steve is a great model, highlight the personal qualities that helped him to face his challenges and give advice to kids that will help them when times are tough.

Write FIVE questions. For each question, write the answers that you think Steve would give.

2. Extension: Who is your role model or hero? Choose someone who you really admire and are inspired by. This can be anyone, including someone in your everyday life. Think about why they are a good role model or hero. Write a report about this person and why you chose them Don’t forget to include plenty of examples to make your report convincing.