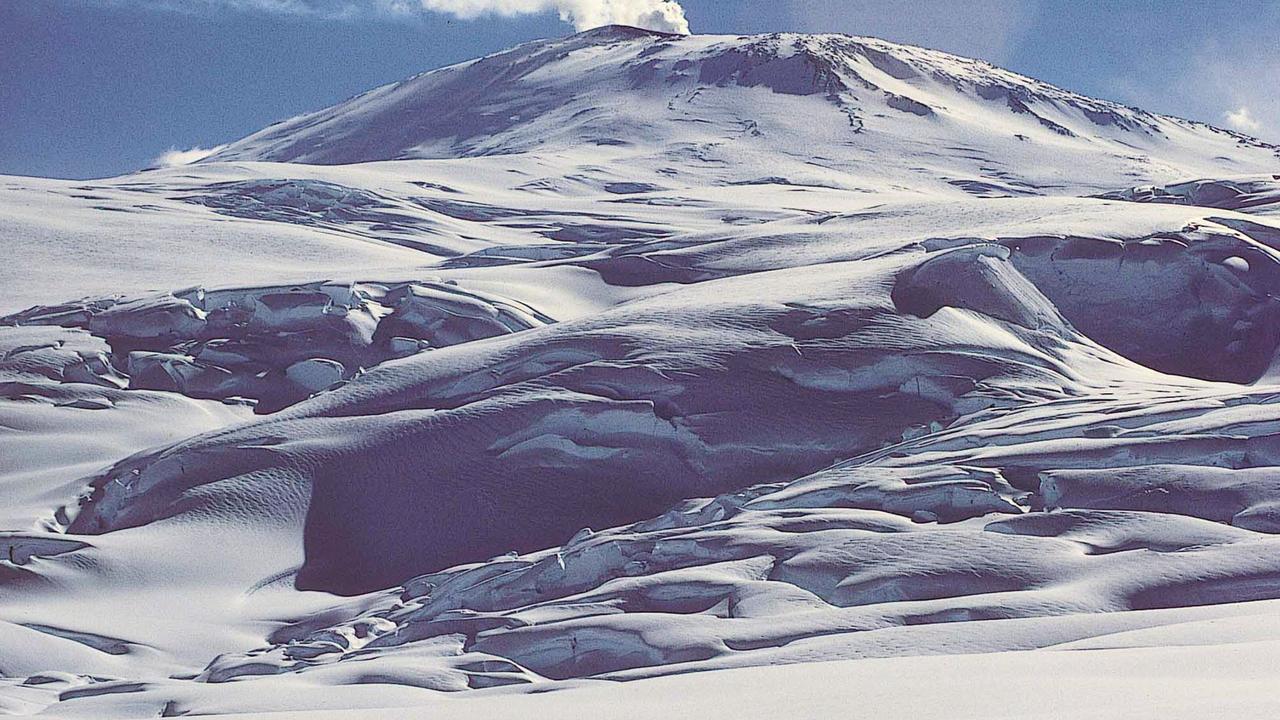 Mount Erebus, Antarctica. Antarctica is a vast, icy and mountainous continent. Dr Geoff Wilson is part-way through a solo, unsupported crossing of the continent. Picture: AP

An Australian has reached Antarctica’s Pole of Inaccessibility* for the first time ever.

Dr Geoff Wilson, a vet from Currumbin, Queensland, reached the landmark — the farthest point on the Antarctic Plateau from the Southern Ocean — over the weekend.

It was the first major achievement on his epic* attempt to break the record for the longest solo, unsupported crossing of Antarctica.

His adventure will raise awareness and money for breast cancer charity the McGrath Foundation.

He set off on the 5800km, three-month odyssey* in early November, powered by kites and towing a 200kg sled with supplies.

Dr Wilson notified his expedition team by satellite phone of his record-breaking milestone*, confirming he arrived at the Pole of Inaccessibility on Sunday. Dr Geoff Wilson sheltering in a tent during his expedition.

It was a hard slog in conditions he described as brutal* and unforgiving.

“I dropped the kite, fell to my knees and gave thanks that I’d made it,” he said.

“I would say the past 1665km was the most brutal journey I’ve undertaken to date. The cold, the isolation, the relentless sastrugi (ridges in the snow caused by winds) and continual difficult wind angles have made me earn every painstaking* metre of progress.

“I have pushed hard with no break for 23 days. I knew for the expedition to be a success, I needed a strong first leg.”

Despite the tough conditions, Dr Wilson said 23 days was “a ridiculous time to make it to the very heart of the ice continent”. Before his trip, Dr Geoff Wilson trained on Currumbin Beach by pulling tyres along the beach. Picture: Adam Head

Apart from the record-breaking distance and being the first Australian to make it to the Pole of Inaccessibility, he is also aiming to be the first person to climb Dome Argus – the coldest naturally occurring place on Earth, where the mercury* plummeted* as low as -90C.

Depending on weather conditions, he hopes to summit the 4093m ice dome via the South Pole early next month and finish his mission by the end of January. Geoff Wilson testing out his gear in a freezer in October before leaving for Antarctica. Picture: Nigel Hallett

McGRATH FOUNDATION
Dr Wilson’s adventures are to raise awareness and money for the McGrath Foundation.

This organisation raises money to employ nurses who care for women and men who are experiencing breast cancer.

Other McGrath Foundation fundraisers include cricket’s Pink Test at the Sydney Cricket Ground each January.

The foundation was set up by former Australian Test cricketer Glenn McGrath and his late wife Jane McGrath, who was diagnosed with breast cancer when she was 31.

You can find out more at mcgrathfoundation.com.au 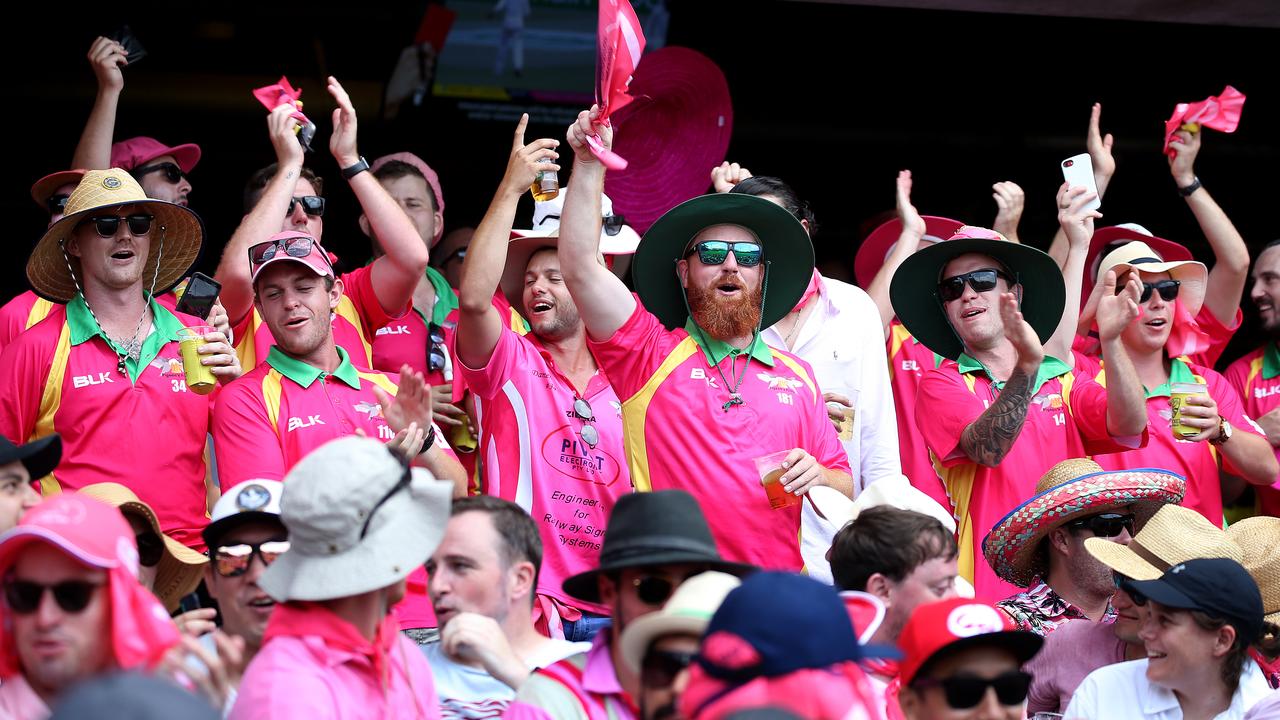 Jane McGrath day during the Pink Test between Australia and India at the SCG in Sydney in January 2019. Picture: Toby Zerna

POLES OF INACCESSIBILITY
These are the places judged to be the most remote on that continent or in that ocean.

They’re not really an official location for any purpose, other than for adventurers to try to get to and people who like geography to learn about.

They take into account distance and how difficult it is to travel across land or water to get there.

Most people agree on the location of the Antarctic or Southern Pole of Inaccessibility as being close to or at an abandoned Russian research station set up in 1958. Variations in location are to do with whether the distance is judged from the edge of land or edge of the ice shelves.

The Antarctic or Southern Pole of Inaccessibility is 878km from the South Pole, 3800m above sea level and has the world’s coldest year-round average temperature of −58.2C.

According to the online travel magazine Atlas Obscura, the Australian Pole of Inaccessibility is in the Northern Territory, between Papunya and Lake Lewis and is one of Earth’s most accessible Poles of Inaccessibility!

VIDEO: Geoff Wilson and his son-in-law set a new world record in 2017 by skiing and kiting across Greenland in 18 days, 24 days faster than the previous record

CLASSROOM ACTIVITIES
1. What Would You Pack?
Geoff Wilson travelled with a 200kg sled packed with supplies. What do you think he has packed in the sled? List as many things as you can think of. Next to each item, write the reason why it would be there.

2. Extension
What kind of person could carry out an adventure like this one? Write a personal profile for a successful Antarctic Explorer. Your profile should include details like personal qualities, experience and training that you think would be needed.

It doesn’t mean the longer the better though.

HAVE YOUR SAY: What qualities do you have that would make you a good Antarctic adventurer?
No one-word answers. Use full sentences to explain your thinking. No comments will be published until approved by editors.