Aussie accents are a changing expression of our identity 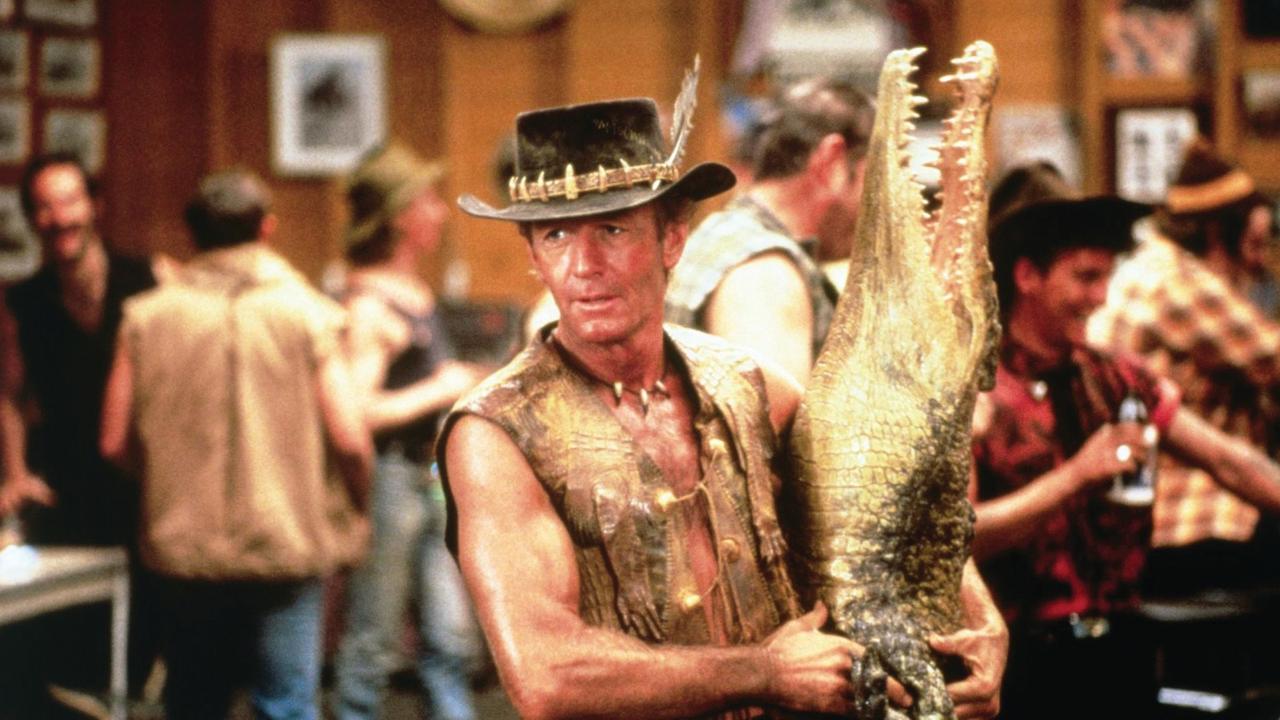 Your Australian accent is a clue to where you were born, who you play with and who you’re talking to right now.

There are also many more Australian accents than when your grandparents were at school, according to language experts called linguists.

“In the 1960s, it was probably quite accurate to think about the Australian accent as being on a continuum* from broad* to British-based,” explained Linguistics Associate Professor Felicity Cox from Macquarie University. The Australian accent was once thought of us a continuum from broad like Crocodile Dundee to very British, like the Queen and other royals, seen here at Buckingham Palace. Picture: MEGA

“But now there are many other types of Australian English. There are multicultural varieties, and of course many Indigenous varieties of English, so it’s much more nuanced*,” she said.

“You just have to travel around Sydney to hear all different kinds of Australian-English varieties.” 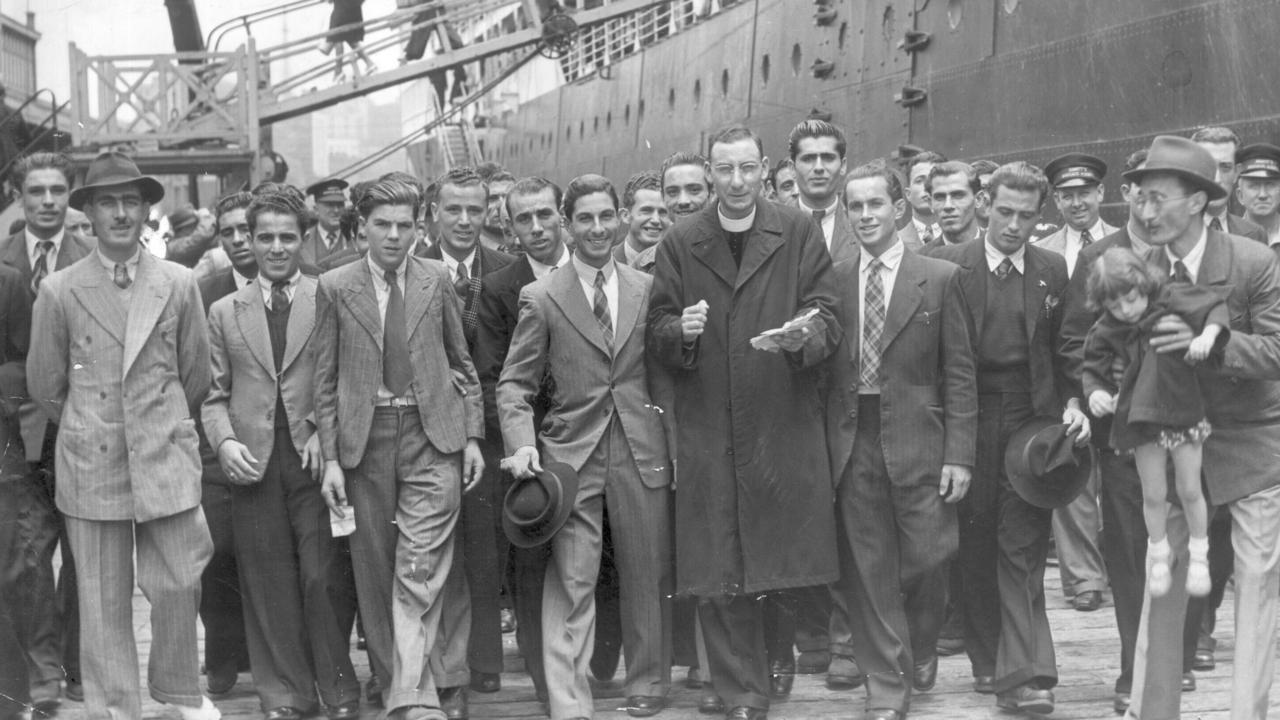 Maltese migrants arriving in Australia in the 1950s. Australian accents were more multicultural and varied by the 1960s.

The way we speak is an expression* of who we are, including what state we live in.

There’s long been a belief that people from Adelaide, for example, sometimes have a more clipped, English-sounding accent than some Queenslanders, Victorians and those from remote areas of Australia. And different states still use different words: Sydneysiders wear swimmers, Queenslanders wear togs. East coast residents eat potato scallops, while Victorians enjoy potato cakes.

“An accent is quite a personal thing — it can carry a lot of subtle* information about who we are, and the life we’ve lived,” said Dr Rosey Billington, a researcher in linguistics at the University of Melbourne.

“A lot of it comes down to the individual level — who we feel we are … and which groups we want to show we’re part of, or not part of, consciously* or otherwise.”

People once thought pronouncing “water” with a strong “T” rather than a “D” suggested your upbringing was more privileged* than someone who says “Sundee” and “Mondee”.

And whether you said “arvo” instead of “afternoon” was a big clue to who you were. You’d be considered uneducated if you didn’t pronounce ev-e-ry sin-gle syll-a-ble!

Now that’s not always true. Accent is less tied to wealth* and education, and more to the people you grew up with and the social groups you wanted to fit into. 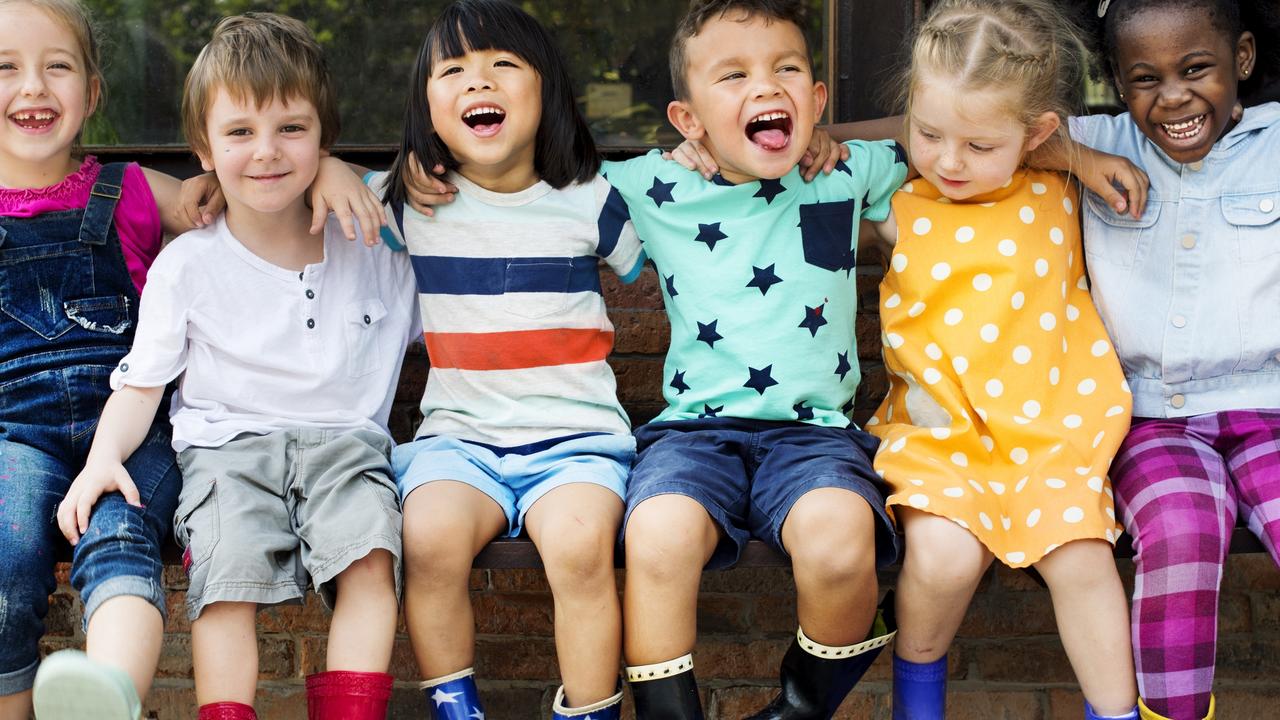 These friends may have similar accents as children but different accents when they are adults.

“Friends play a large part, particularly with children,” said associate professor Cox. “As children we use the accents that our friends use and as we move through our childhood and teenage years our accent changes along with the people we spend time with.”

Your accent can change as you age — particularly as you move through work and develop new social groups.

“As your friendship groups change, there’s the potential* for accent variations* to emerge,” she said. “Once you reach your 20s, your accent doesn’t change nearly as much as it did when you were younger.”

This explains how two people can grow up in the same neighbourhood — or even be members of the same family — and speak differently. “They’d probably have had different friendship groups and aspirations*, and maybe now as adults they’ve moved into different spheres* of work, life and location.”

Dr Billington noted that people can almost immediately change the way they speak without even realising it. “One really important thing to understand is that no one has just one way of speaking — people are very good at adjusting the way they speak depending on the social context*, the particular people they’re speaking to, and the extent to which they do or don’t want to fit in with some particular group.”

Most of us do this without realising.

“The way we speak can change depending on who we’re talking to,” said associate professor Cox. “This can be quite an automatic process.”

Travel is an exception* for this.

“If you travel overseas, you might find yourself sounding even more Australian if you want to express* that part of your identity,” said Prof Cox. “Or else, you might take on some of the characteristics* of the people that you’re speaking with, even if they’re not necessarily Australian.” Australian actor Rebel Wilson has kept her Australian accent despite working in the US. Picture: Getty

Some actors who work overseas keep their native* accents and some don’t.

Portia de Rossi, for example, has lost her native accent. Singer Sia and 13 Reasons Why actor Katherine Langford have a “halfway” sound — Australian-ish with the occasional drawled-out “R” thrown in. Rebel Wilson and Rose Byrne have kept their Aussie tone, while Cate Blanchett and Nicole Kidman sound relatively posh. Cate Blanchett speaks in the US last weekend. Ms Blanchett has an Australian accent some say is “posh” or not very broad. Picture: Getty

In the past, some Australian actors may have changed their accents to sound more American to help them get acting roles. But Prof Cox said this would be unlikely now, with directors wanting Aussie accents in their films and TV shows.

Dr Billington suggested some actors may be more attached to their Australian identity and accent than others. “The amount of time makes a difference, and so does the people you spend time with — if you’ve been living in a different country for a long time, and mostly speaking to people who don’t share your accent, you may have moved further away from the accent you had before,” she said. “But it’s very individual.”

CLASSROOM ACTIVITIES
1. Know who you’re talking to
The way we speak changes depending on who we may be associating with or talking to. Work with a partner and repeat the same sentence, pretending to speak to each of the people below. Get your partner to guess which person you are talking to judging by the way you are speaking.
The people you are talking to are:

Repeat the sentence: “I had a great day at school today, we learned all about the solar system”.

HAVE YOUR SAY:  What differences have you noticed about different Australian accents? What are your favourite differences?
Explain your answer in full sentences.