Lou Brown shore 497 merino ewes in eight hours using a handpiece like this, which is similar to clippers a hairdresser uses. Picture: Tait Schmaal

A shearer in Western Australia has set a new world record by shearing 497 merino* ewes* in eight hours — just more than a sheep a minute.

The shearing shed in Kojonup, 250km south of Perth, WA, was packed to the rafters with hundreds of spectators for the record attempt. Mr Brown cried and hugged family and friends, including his two children, when he finished. His friend Daniel Tawhitapou performed a haka* to celebrate, as Mr Brown was born in New Zealand.

His training included meditation to help him concentrate and stay calm.

His coach and long-term mentor* Cartwright Terry set the previous record. The pair hugged after Mr Brown claimed the title from his friend.

There are strict rules to the competition. Each ewe must carry an average fleece* weight of 3.4kg and be shorn with no more than 18 strokes of the handpiece*. 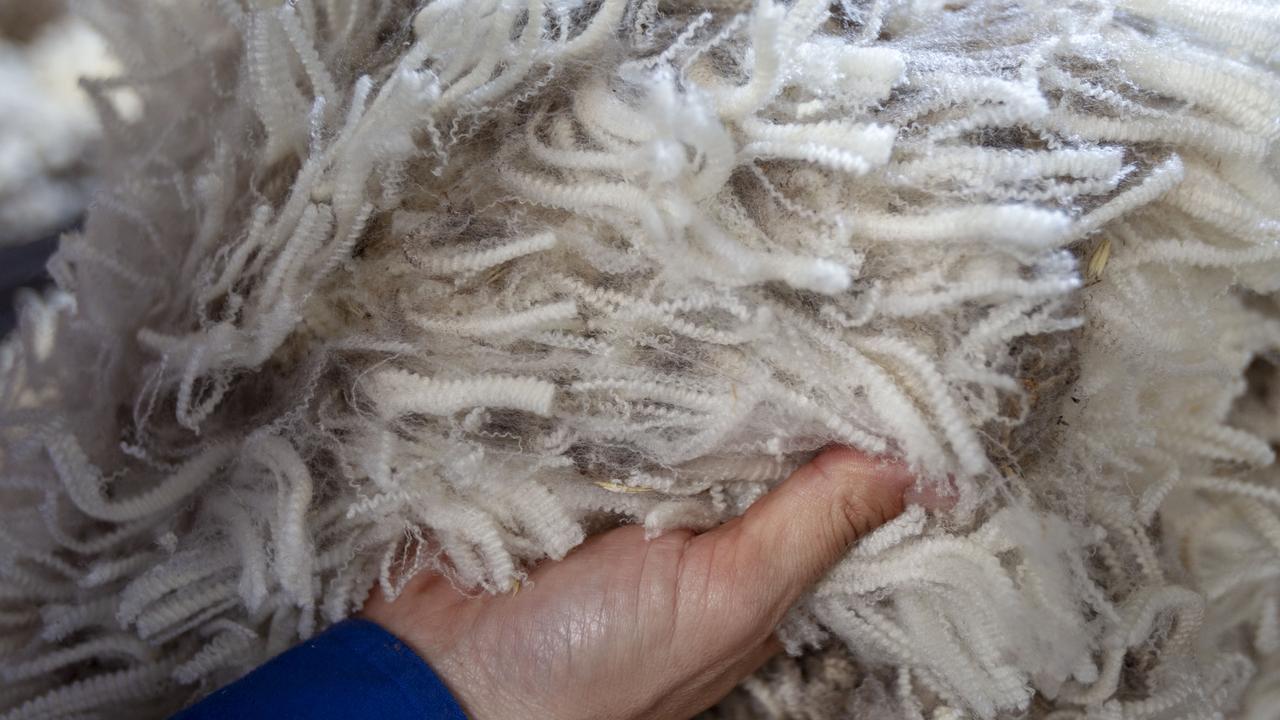 One of the rules is that each sheep shorn must have an average of 3.4kg of wool in its fleece. Picture: Marie Nirme

Judges travelled from around Australia and New Zealand to verify the event.

Breaking this record is considered by shearers to be the “Mount Everest” of shearing, meaning it is the hardest thing to do.

It is thought that the effort required by Mr Brown to break this record is equal to running two marathons — a total of 84.4km — in one day. Shearing is hard work. Shearers must move the sheep into position and hold them while they shear the wool off neatly without cutting the sheep. These shearers are at Rapanui Station in WA. Picture: Marie Nirme.

Wool boom for a new generation

Women can shear sheep too

CLASSROOM ACTIVITIES
1. Oh, What a Feeling!
What a tremendous achievement! Mr Brown’s emotions on this day must have been like a rollercoaster ride. Imagine how he was feeling BEFORE, DURING and AFTER the event. In a table with these headings, list the emotions Mr Brown could have been feeling and why. For example: BEFORE — excited — to put his hard work and training to the test and attempt the record.

2. Extension
Write a transcript of a radio interview with Mr Brown after breaking the world record. Think of at least 5 interesting questions that you could ask Mr Brown. Use information from the article to help you write Mr Brown’s answers. (You may need to make some assumptions depending on the questions you ask.) Your transcript will need to include a welcome to your audience and an introduction of Mr Brown, explaining who he is and what he has achieved.

HAVE YOUR SAY: Would you prefer to shear, run a marathon or climb Mount Everest?
No one-word answers. Use full sentences to explain your thinking. No comments will be published until approved by editors.