The shipwreck at the bottom of the Black Sea. Picture: AFP

The world’s oldest intact* shipwreck has been discovered more than 2km beneath the waves of the Black Sea, archaeologists* believe.

A team of researchers from the UK and Bulgaria found the Ancient Greek ship while surveying 2000sq km of seabed.

A small piece of wood was taken for tests and carbon dated* to 400BC, making it the “oldest intact shipwreck known to mankind*”, according to the group.

This video shows Black Sea MAP explorers diving to see another shipwreck they found. The Ancient Greek ship is too deep for divers to visit

In late 2017, the most recent phase of the work, the cameras recorded the remains of the Ancient Greek ship jutting* from the sand.

Its original shape had not been destroyed despite thousands of years at the bottom of the sea, with a mast and rudder* still clearly visible. 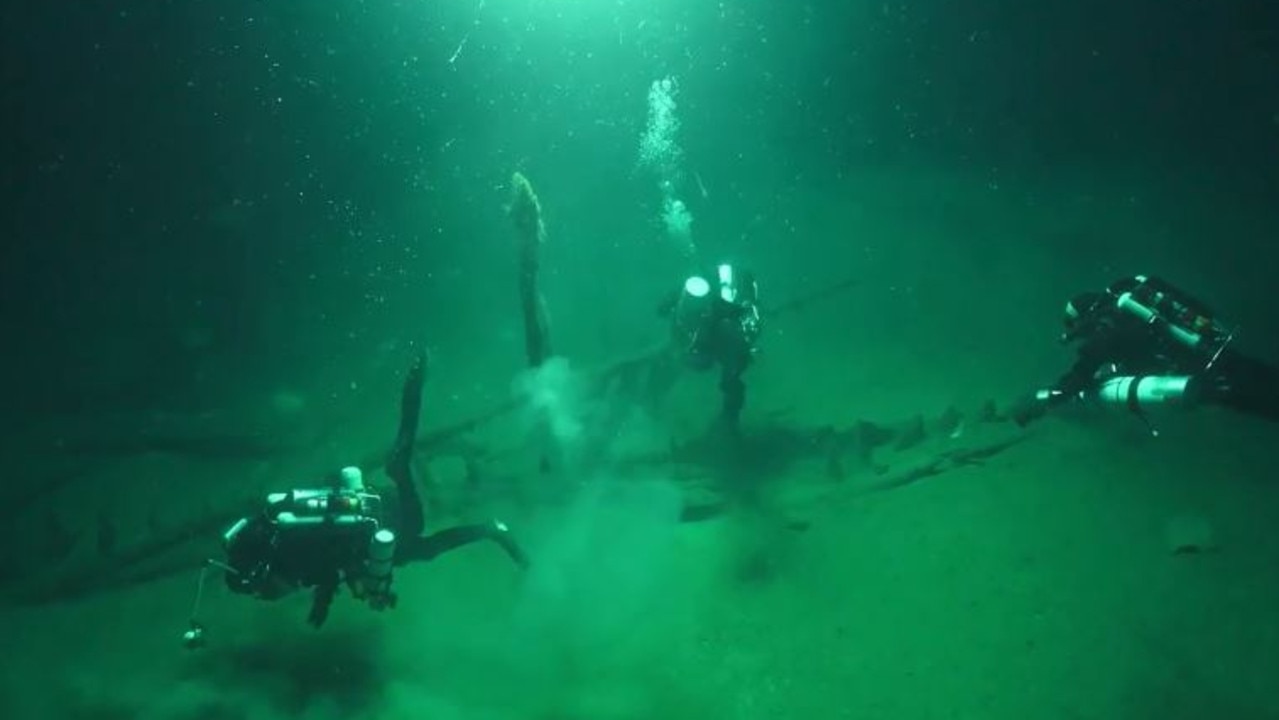 Black Sea MAP divers looking at another, shallower shipwreck found as part of the project.

Researchers said a ship of this design has never been seen in real life.

A design like this ship has only previously been seen on Greek pottery from the time, such as the Siren Vase in the British Museum. This famous vase shows Odysseus, hero of Homer’s epic poem Odyssey, tied to the mast of a ship as Sirens* circle overhead, trying to lure sailors onto the rocks with their enchanting songs. This is a replica of a ship, perhaps something like the one found on the Black Sea seabed. These ships were rowed, usually by slaves. Making this and other replicas has been a guess, as one has never before been seen in real life. Picture: AP

The shipwreck is well preserved because there is no oxygen in the water.

Professor John Adams and the University of Southampton led the expedition, which also had UK students from disadvantaged schools on board.

“A ship, surviving intact, from the Classical world*, lying in over 2km of water, is something I would never have believed possible,” said Professor Adams.

“This will change our understanding of shipbuilding and seafaring* in the ancient world.”

This epic poem was written by Homer in about the 8th century BC, making it between about 2700 and 2800 years old.

It is the second-oldest surviving piece of literature* in the Western* world.

Odyssey is the sequel to Iliad, which is the oldest surviving piece of Western literature.

An epic is a long story about a time long ago involving extraordinary humans and their dealings with gods and other superhumans.

Odyssey is about the long journey home from the 10-year Trojan War of a hero named Odysseus, known in Roman stories as Ulysses.

No one is really sure who Homer was. He or she may have been from the land that is now Turkey.

The poems are written in an ancient language called Homeric Greek. 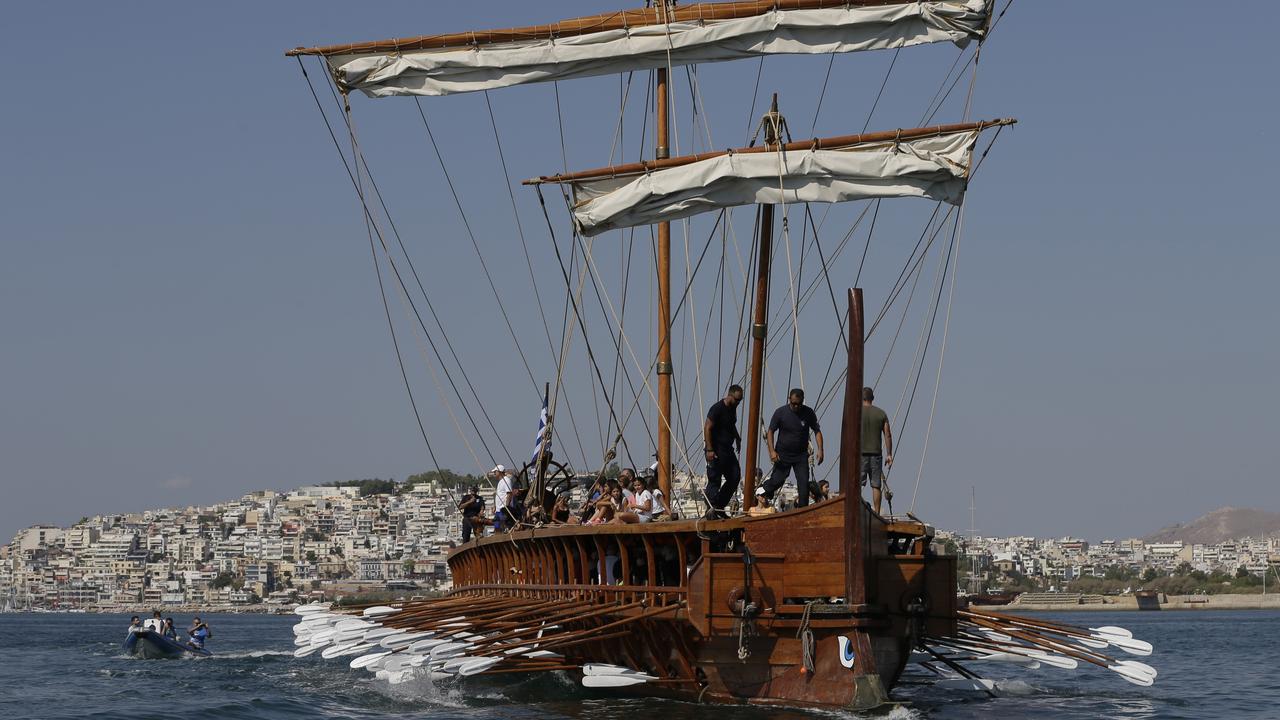 This is another photo of an experimental replica of a ship something like the one found under the Black Sea. Picture: AP

intact: in one piece

carbon dated: tested something that was once living to know its age

Cossack: a group of people in history that lived in southern Russian and the Ukraine, in eastern Europe

Sirens: dangerous creatures from Greek mythology who lured sailors to steer their ships towards rocks

Classical world: Ancient Greeks and Romans in the time from 8th century BC to 5-6th century AD

1. How do they know how old it is? How does the test work?

2. It’s too deep to visit. How did they get the photos?

3. Where have ships of this design been seen?

5. What did the Ancient Romans call Odysseus?

What things do you think we can learn about Ancient Greece from this shipwreck? Write a list of all of the different things that would be part of the wreck and might be found inside it.

Extension: Write a story, poem, song or script for a performance about the ancient shipwreck, an adventure on a voyage in ancient times or anything that this story inspires.

HAVE YOUR SAY: What would you most like to know about life 2400 years ago? Why? Use full sentences to explain your thinking. No one-word answers.