World-famous symbol of Paris was never meant to last more than 20 years, but it’s just turned 130 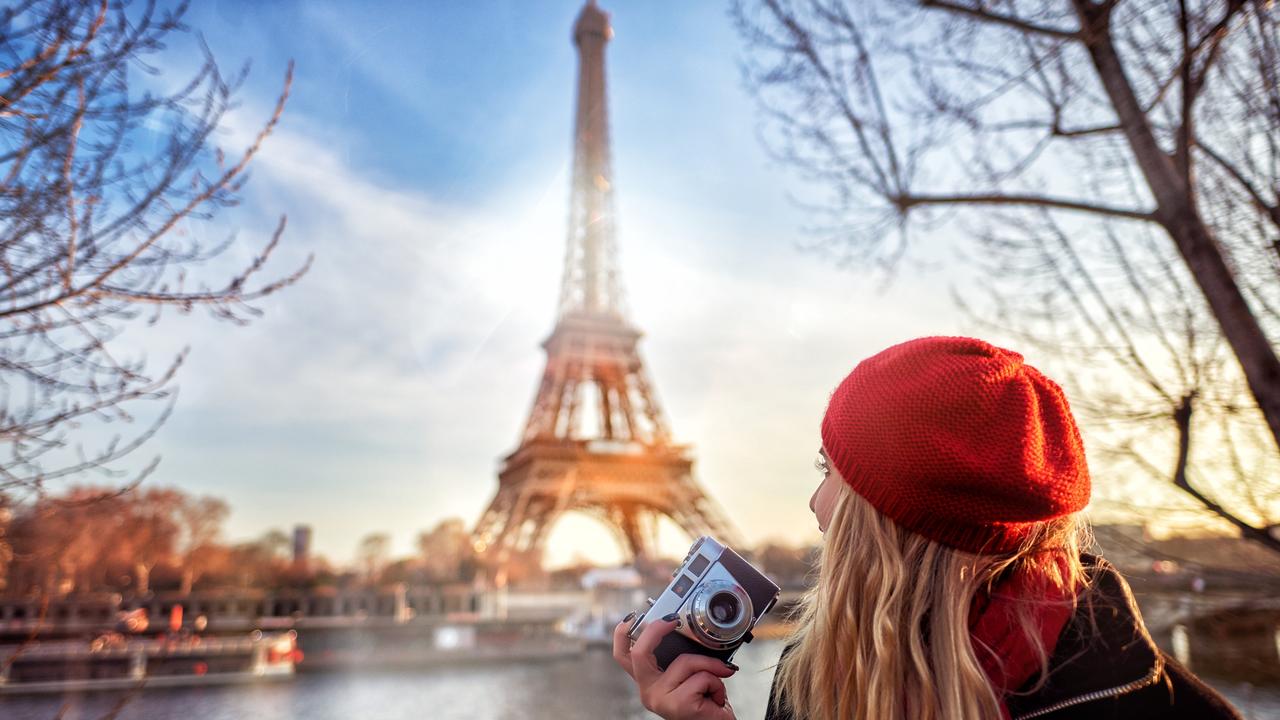 Millions of tourists visit the Eiffel Tower every year and they all try hard to get the perfect photo to show family and friends they’ve been to Paris.

The Eiffel Tower, one of the world’s most visited and recognisable landmarks, has turned 130 years old.

That’s despite being built as a temporary structure intended to be taken down after 20 years.

It was built as an entrance structure for the 1889 World Fair and in the years since has become the much-loved symbol of Paris. The Eiffel Tower is made of 180,000 small pieces of iron riveted together. Photo: iStock

Construction began on January 28, 1887 and was completed two years, two months and five days later on March 31, 1889, considered an incredibly fast time for what was then a major engineering achievement. It took 2.5 million rivets*, 7300 tonnes of iron and 60 tonnes of paint to complete.

Not everyone approved of it in the early days.

French artists and writers protested against this dominant structure on the Paris landscape, calling it an “ungainly* skeleton” and “a half-built factory pipe” that “peters* out into a ridiculous thin shape like a factory chimney”.

Once it was complete, the criticism faded and Eiffel worked hard to give the “temporary” structure a purpose so that it wouldn’t be taken down.

He installed an office and laboratory on the third floor and convinced everyone it was useful for astronomical* and weather observations, physics* experiments (such as wind studies) and a light tower.

Eiffel engraved the names of 72 important scientists on the tower as a tribute to their work.

In the end, the tower was most useful as a tall antenna for communications such as telegrams*.

HOW IT WAS BUILT
All of the 180,000 pieces of iron were designed to an accuracy of one-tenth of one millimetre and were made at Eiffel’s factory on the outskirts of Paris. All the small pieces were put together into sections about 5m long.

A team of up to 300 workers put the 5m sections together on site.

Steam-powered cranes lifted the big pieces into place. These crawled up the runners that would later be used for the tower’s lifts.

Everyone agreed then and now that the tower was built with record speed and accuracy.

INCREDIBLE GROWING TOWER
Look up any guide to the Eiffel Tower and you will read that it is 324m tall.

But that’s an average height.

In summer, it can be 17cm taller. Because the tower is made of iron, it expands when it gets hot and contracts* when it cools. The tower is at its shortest when it is cold and after the sun goes down at night as the iron contracts, or shrinks. Picture: Istock

GUSTAV EIFFEL
The French engineer is considered a genius who designed big, mostly metal structures, such as bridges, domes, viaducts* and railway stations all around the world.

In 1887 he agreed to work on the Panama Canal, an artificial waterway that allows ships to pass from the Atlantic Ocean to the Pacific Ocean. The SS Cristobal going through the Panama Canal on August 4, 1914, just two weeks before its official opening. Building the canal and the locks that moved the ships through the different levels of the two oceans was an amazing engineering feat.

The company that was building the canal failed and though Eiffel was eventually cleared of all responsibility, he retired from engineering.

For the next 30 years of his life he worked as a scientist, using the Eiffel Tower for wind, weather and radio experiments.

WORLD FAIRS
World fairs were popular in the 1800s as a way of showing off all the incredible new inventions of the industrial revolution*, such as the telephone, lifts, early plastic and photographs.

Fairs were held in London, UK, and European and US cities.

The first and most famous is the Great Exhibition of the Works of Industry of All Nations (mostly called The Great Exhibition) in London in 1851. It was for this fair that the massive, glass Crystal Palace was built in Hyde Park, London. 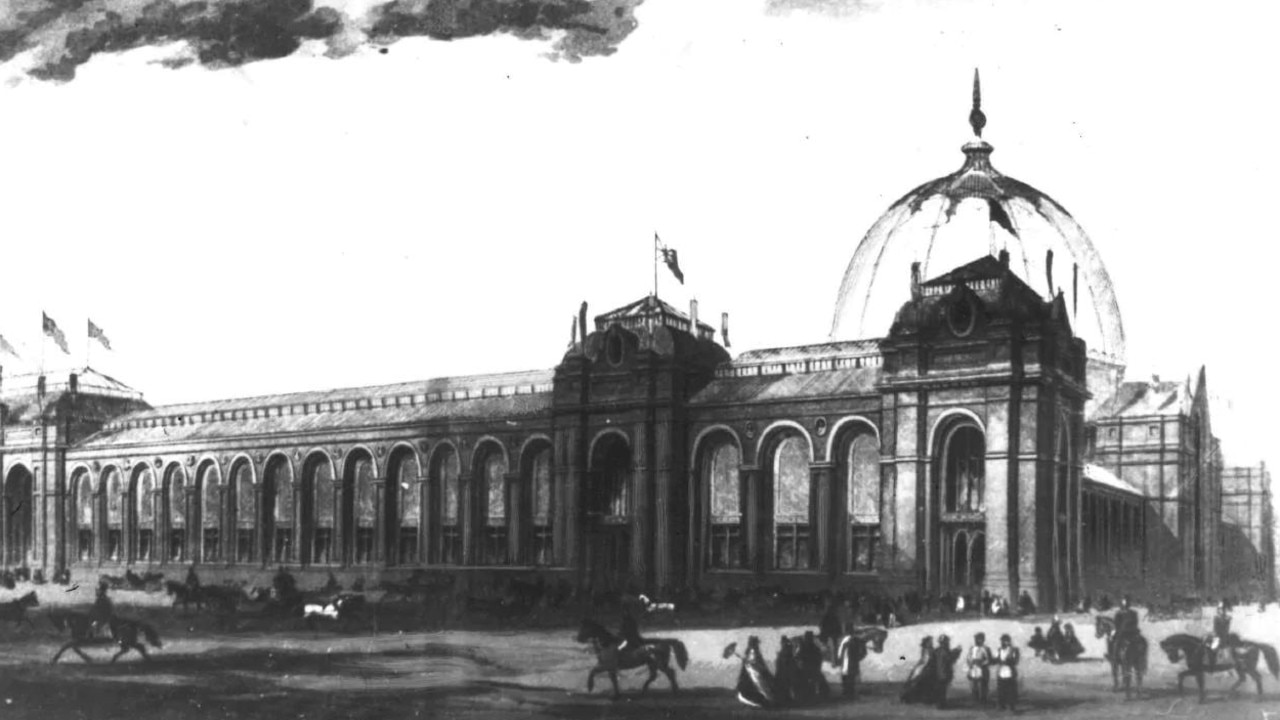 A drawing of Crystal Palace, London, UK, which was build for the 1851 Great Exhibition.

The 1889 Paris World Fair, for which the Eiffel Tower was built, coincided* with the 100th anniversary of the French Revolution, when France became a republic rather than being ruled by a royal family.

The 1939-40 New York Fair and those that followed were focused more on culture and social issues, such as peace.

Leaning Tower of Pisa not leaning so much any more

Keeping our bridge looking as good as new

CLASSROOM ACTIVITIES
1. Notable Structures
The Eiffel Tower is one of the most recognisable landmarks around the world. Work with a partner and write a list of other well known or large buildings or structures that you know of around the world and any information you may know about them.

2. Extension
Would you like to visit the Eiffel Tower? Why or why not? Why do you think it’s become such a recognisable and famous landmark?

HAVE YOUR SAY: Have you or anyone you know visited the Eiffel Tower? What do you find most interesting about it?
No one-word answers. Use full sentences to explain your thinking. No comments will be shown until approved by editors.