An incident on the Sandakan Death March is depicted in a painting at Borneo's Kundasang War Memorial. Image: courtesy of Lynette Silver

With the click of a button and the passing of a tear, two Australian war veterans* travelled 75 years back in time to a place each called Hell.

Ahead of Remembrance Day today, two of the shrinking number of Australian soldiers who survived years of horror as prisoners of the Japanese in World War II used virtual reality* to revisit the darkest chapters of our nation’s wartime story. WWII veteran Billy Young who is believed to be one of the last survivors among those who were held at Sandakan POW camp. Picture: Nikki Davis-Jones

The films take viewers deep inside the stories of Hellfire Pass in Thailand and the Sandakan Death March in Borneo — wartime episodes that saw thousands of Australians and other prisoners starved, brutalised* and murdered* by their Japanese captors.

The gritty* immersive* detail in the films meant confronting emotional personal memories; but both men gave them a thumbs-up and urged other Australians to discover the truth of these extraordinary events, which often get overshadowed by more familiar Anzac history.

“Everybody should see it so they know what actually happened,” said former artilleryman* Mr Kerr, of Melbourne. “If we don’t tell people now these things will be lost to future generations; and these things should never be forgotten.” Prisoners Of War are beaten by Japanese guards in the drawing about the Burma-Thailand Railway.

Mr Young and Mr Kerr were both teenagers when they joined the war, having lied about their ages to enlist*.

Mr Kerr turned 17 while lost behind enemy lines after Singapore fell in 1942. He was captured and forced to join the Thai-Burma Railway’s army of forced labourers.

Around 100,000 civilians and captive soldiers died while building the Japanese railroad, leading to the phrase “a life for every sleeper”.

Starved of food and medicine, and forced to work impossibly long hours in remote unhealthy locations, more than 12,000 Prisoners of War (POWs), including more than 2700 Australians, died.

For Australians, the suffering and brutality could be summarised by just one place: Hellfire Pass.

“People say do I hate the Japanese? I don’t use the word ‘hate’ … (but) I’ll never ever forgive the Japanese for what they did and I’ll never forget as long as I’m alive,” said Mr Kerr, who still has a nail, wood and rock from the railway at his home. A nail, wood and rock from the Death Railway.

For Mr Young, a long-term Sydneysider who now lives in his native Tasmania, the Anzac360 film brought emotional memories of long-dead friends.

Moved to tears, the 94-year-old said: “I watch this and it just brings back to me, once again, how amazed I am that I am still here today.”

He ended up at Sandakan after Singapore surrendered.

Hundreds of Aussies and Brits died from disease, starvation and beatings in the prison camp, while more than a thousand were forced to walk 250km across the rugged interior as an ever-weakening labour force in a series of “death marches”.

Only six survived the marches by escaping; the rest died from exhaustion, illness or at the hands of their guards in the final months of the war — and in some cases, murdered days after WWII officially ended.

By a twist of fate, Mr Young was transferred to another jail — after first suffering a terrible beating — which meant he avoided the death marches. 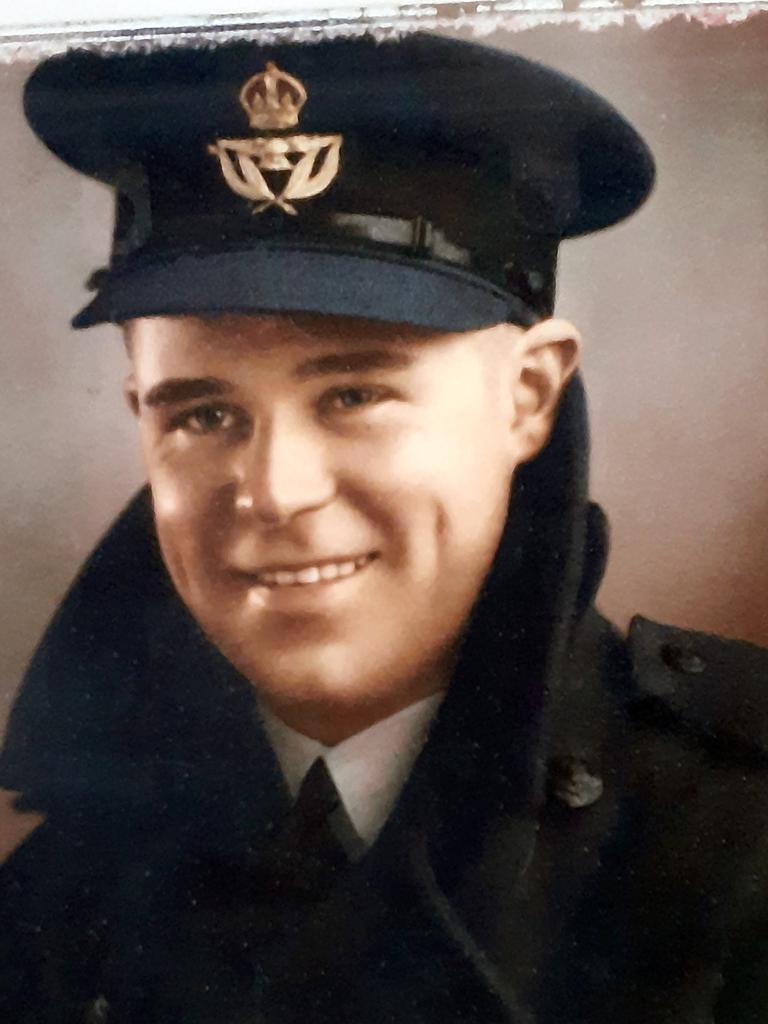 Among those killed, however, was Warrant Officer John Kinder, the only airman in the group and beloved as a hero by his fellow captives.

He had a reputation for putting himself between the guards and men they had chosen for a beating — and was the only one of the fallen marchers to get a marked grave — thanks to survivor William Moxham carving it himself.

Twins Fred and Cecil Glover of Sydney were also among the victims at Sandakan.

Fred was one of the few who volunteered to march, after malaria-stricken* Cecil was fatally wounded in a bungled Allied air raid on Sandakan. Twins Fred (left) and Cecil Glover who both died after being captured in the Sandakan prison camp.

“Fred thought he could survive and take the news home to their mum,” said the men’s great-niece Georgi Glover.

“He was shot in front of his mates halfway through the march,” she said. “He was too exhausted.”

Ms Glover invited Aussies to watch the Anzac360 films and said education bosses should let students view it in schools.

“Surrounded by mobile phones and the distractions of modern life we need something like this to get people out, to put them in the middle of the jungle and to help them remember.

“It’s the younger generations that will get the most out of this and it’s vital that schools around Australia have access,” Ms Glover said.

Armistice Day marks 100 years since the end of WWI

How a book solved this Aussie soldier’s life

CLASSROOM ACTIVITIES
1. A day in the life
Think further about what it may have been like to be at war by choosing one of the soldiers mentioned in the article and writing a diary entry from their perspective. You can include details from the article and you may choose to view an Anzac360 film of their location to help you with further details. You will also need to use your prior knowledge and imagination to complete this task. Try your best to capture the hardships of war.

2. Extension
Mr Kerr is quoted as saying “…these things should never be forgotten”.

Write a paragraph or two to explain why you think he said this and whether you agree with him.

HAVE YOUR SAY: After reading this story, would you consider enlisting to fight for your country if a new World War broke out in your lifetime?
No one-word answers. Use full sentences to explain your thinking. No comments will show until approved by editors.