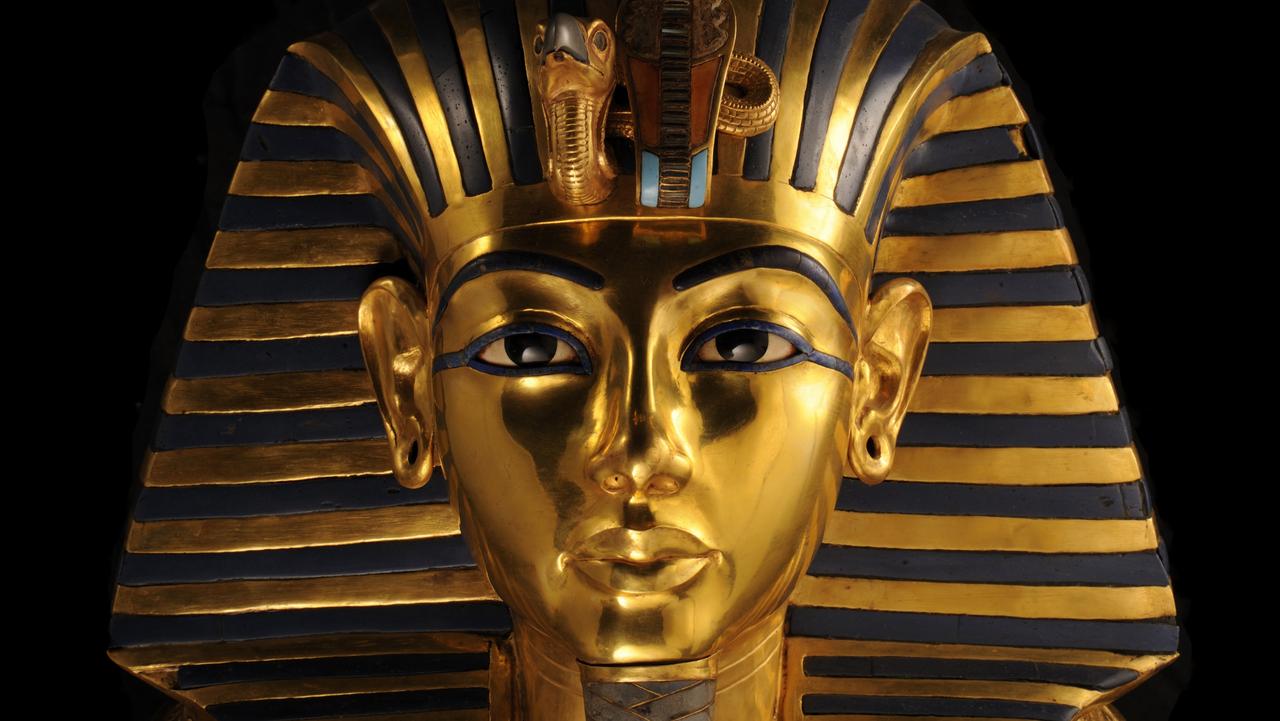 MUCH is known about the young Egyptian King Tut, but the life of his wife — and perhaps his half-sister — Ankhesenamun largely remains a mystery.

Scientists believe they have found the resting spot of the woman who wed the nine-year-old pharaoh during one of the most fascinating periods in Ancient Egyptian history.

Archaeologist Zahi Hawass plans to crack open the newly discovered burial chamber in the Valley of the Kings in Egypt to see what secrets it holds.

“We are sure there is a tomb there, but we do not know for sure to whom it belongs,” Hawass told Live Science. Archaeologists study human history by digging into sites and studying the artefacts and remains they find.

Ankhesenamun lived longer than Tut and went on to marry his successor* King Ay.

The tomb is near Ay’s final resting place in the Valley, which would suggest it could belong to Tut’s half-sister.

Hawass, along with Italian researchers have been excavating* the area as part of a fresh investigation into the boy king’s resting place — also in the Valley of The Kings — earlier this year.

They hope to find the “discovery of the century”.

Speaking when the excavation was first announced, Franco Porcelli, the project’s director, said: “Who knows what we might find as we scan the ground.”

The tomb was first discovered by British archaeologist Howard Carter in Egypt’s Valley of the Kings in November 1922. 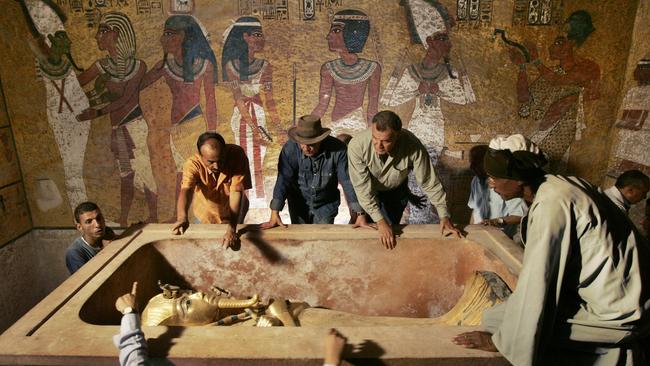 Carter’s patron* Lord Carnarvon died weeks after the tomb was opened, fuelling rumours that it had supernatural powers.

Carnarvon, who funded Carter’s expeditions, was believed to be the victim of a curse inscribed on the Pharaoh’s tomb which claimed anyone who disturbed it would be “visited by wings of death”.

It is more likely that he was killed by an infected mosquito bite and no such inscription was ever found.

But some believe the burial site contains a secret room and the final resting place of the boy king’s stepmother Queen Nefertiti.

Porcelli, a professor of physics at the Polytechnic University in Turin said his team’s mission would be the “final investigation” which will “provide an answer which is 99 per cent definitive”. An idea of what King Tut may have looked like. Picture: supplied

The team will use a bevy* of hi-tech radar systems to detect the underground architecture and spot any anomalies* in between the tomb walls.

The hunt is part of a larger study to map the ancient resting place of the Egyptian Pharaohs.

Nicholas Reeves, a British Egyptologist at the University of Arizona first claimed to have spotted a secret room back in 2015.

Scientists recently opened an ancient Egyptian tomb after 3600 years and were shocked to discover entire families next to goats and the skeleton of a massive crocodile.

This story first appeared on The Sun.

Create a mind map of Ancient Egyptian history using the information mentioned in the article.
Choose a colour pencil or pen and add any other information that you already knew about this period.

After reviewing your mind map, write three things you would like to find out about Ancient Egyptians that relate to the article.
You may like to know more about how Egyptian pharaohs were buried or more about King Tut’s family.

Choose one of the topics that you have written from the start of the activity and research it. You may be able to visit the school library or use the internet to help you.

Activity 2. What’s in the Tomb?

The archaeologists studying the Valley of the Kings have made predictions of who and what might be in the tomb.

What do you think the archaeologists will find when they open this tomb?

Write a paragraph or two describing what they will see as they open the tomb.
Use lots of descriptive language to allow someone reading your work to see exactly what you are visualising.

Extension: Studying the past

Why do you think archaeologists study the history of ancient civilisations?
Do you think it is important to learn about ancient history?
What can we learn from these periods? Is it worth the time and money to study the past?

Write a paragraph or two outlining your opinion about studying ancient civilisations.
Be sure to support your point of view with reasons for why you hold that opinion.

Can you use the letters in their names to create a new Ancient Egyptian names?

MODERN-DAY MESSAGE IN A BOTTLE