The mystery surrounding why prehistoric Brits built Stonehenge looks to have finally been solved after research confirmed the monument served as an ancient solar calendar*.

Professor Timothy Darvill concluded* the site was designed as a calendar based on a solar year of 365.25 days, helping people keep track of the days, weeks and months.

His analysis includes new finds about the stone circle’s history, along with examination of other ancient calendar systems.

Professor Darvill said Stonehenge had long been thought to be some kind of calendar because of the “clear solstitial* alignment*” of its boulders, known as sarsens.

“Now, discoveries brought the issue into sharper focus and indicate the site was a calendar based on a tropical solar year of 365.25 days,” he said. 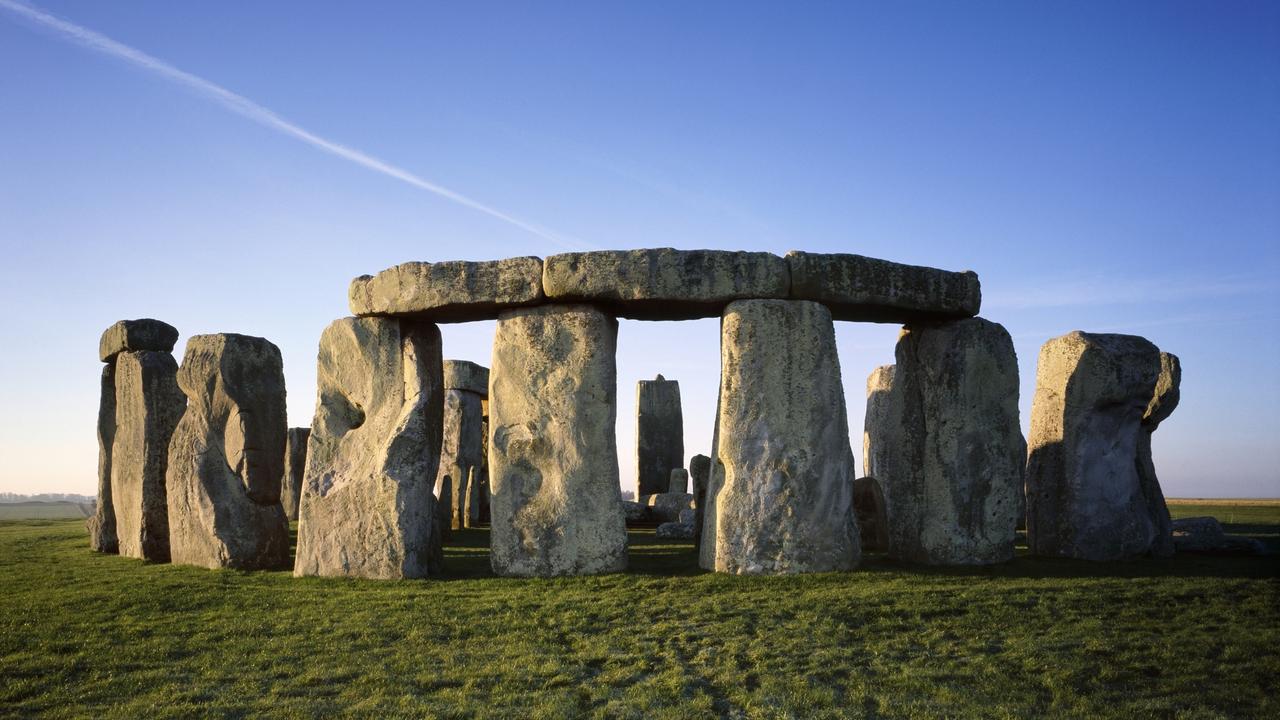 Stonehenge’s boulders were believed to have been added to the circle at the same time and were sourced from the same area. Picture: English Heritage/Visit Britain

Recent research showed that all of Stonehenge’s sarsens were added at the same time, around 2500BC.

They were sourced from the same area and subsequently* remained in the same formation. This indicates they worked as a single unit.

Professor Darvill, from Bournemouth University, analysed these stones, examining their numerology* and comparing them to other known calendars from this period.

He identified a solar calendar in their layout, suggesting they served as a physical representation* of the year that helped the inhabitants keep track of the days, weeks and months.

“The proposed calendar works in a very straightforward way,” he said. “Each of the 30 stones in the sarsen circle represents a day within a month, itself divided into three weeks each of 10 days.”

The distinctive stones in the circle marked the start of each week, and an intercalary* month of five days and a leap day every four years were also reflected in the design.

“The intercalary month, probably dedicated to the deities* of the site, is represented by the five trilithons* in the centre of the site,” Professor Darvill said.

“The four Station Stones outside the Sarsen Circle provide markers to notch up* until a leap day.”

This means the winter and summer solstices* would be framed by the same pairs of stones every year. 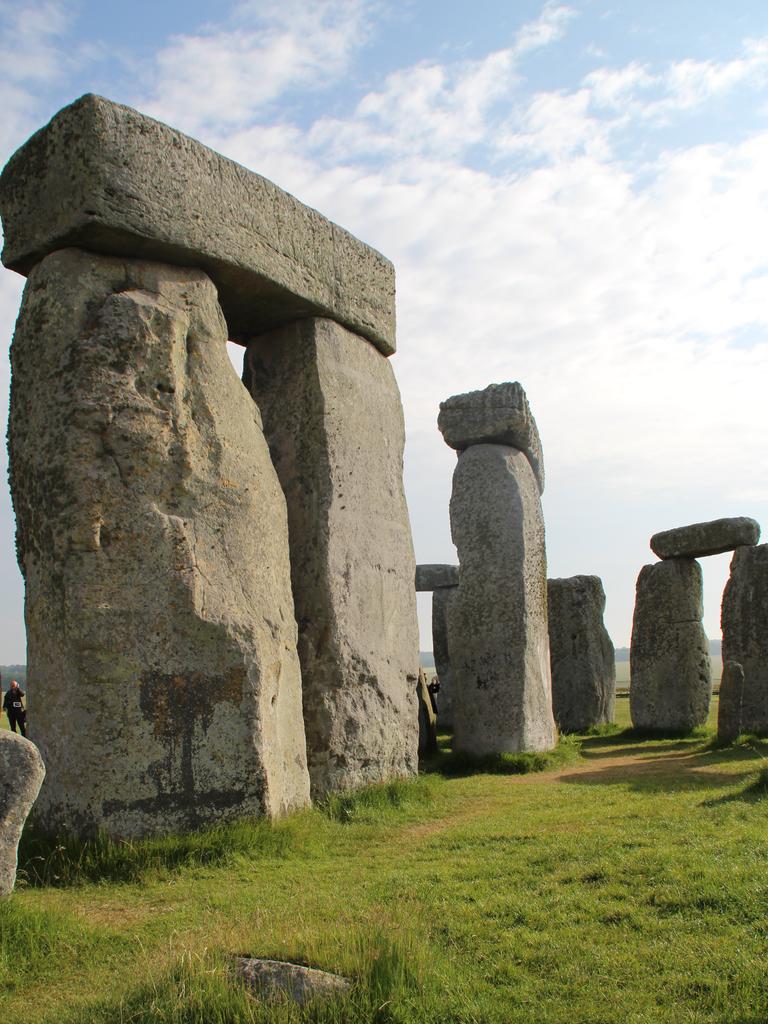 Professor Timothy Darvill believes the five trilithons are the centre of the site represent an intercalary month of five days. Picture: Charles Miranda

One of the trilithons also frames the winter solstice, indicating it may have been the new year.

This solstitial alignment also helps calibrate* the calendar – any errors in counting the days would be easily detectable as the sun would be in the wrong place on the solstices.

Such a calendar, with 10-day weeks and extra months, may seem unusual today but were adopted by many cultures during this period.

“Such a solar calendar was developed in the eastern Mediterranean in the centuries after 3000BC and was adopted in Egypt as the Civil Calendar around 2700BC and was widely used at the start of the Old Kingdom about 2600BC,” Professor Darvill said. 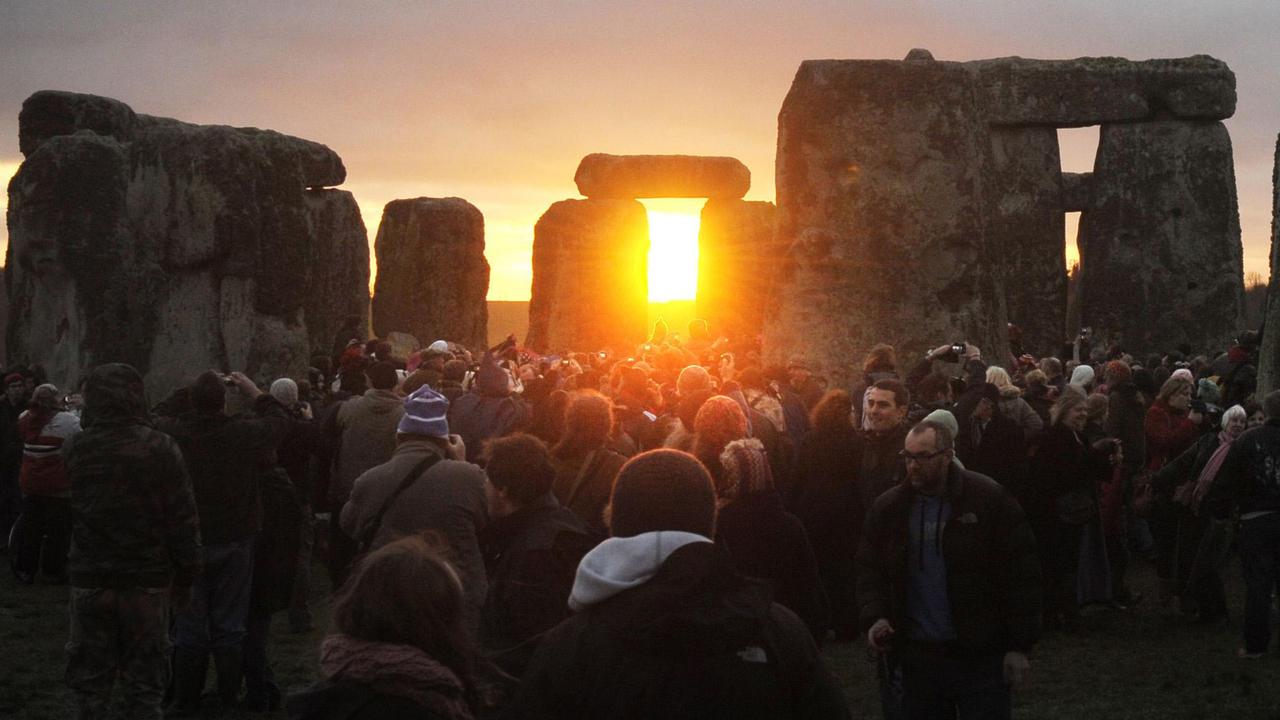 People have been gathering at Stonehenge, before Covid-19 social distancing rules, to mark the winter and summer solstices each year. Picture: AP

This raises the possibility that the calendar tracked by Stonehenge might stem from the influence of one of these other cultures.

The research, called Keeping time at Stonehenge, was published in the journal Antiquity.

Scientists have argued for decades about the purpose of Stonehenge, with theories including that it was built for sacrificial ceremonies or possibly as an early calendar.

‘Astonishing’ monument found next to Stonehenge

CLASSROOM ACTIVITIES
1. Compare and contrast
Use a Venn diagram to compare and contrast the ancient solar calendar reflected in Stonehenge’s design to the Gregorian calendar that is widely used across the world now. Your work should identify as many similarities and differences as you can notice between the two calendars.

2. Extension
There are other ways to measure time. One of these is the Chinese Lunar Calendar. See if you can research and write down three facts about this calendar.