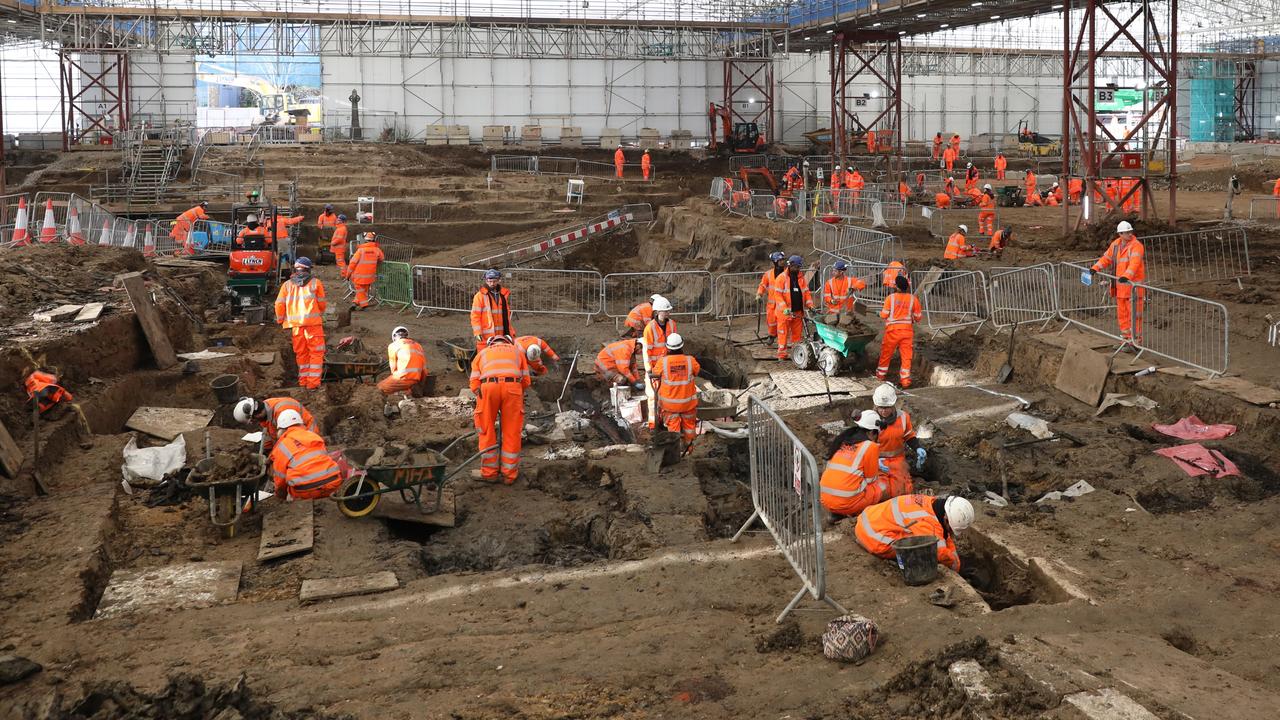 The archaeological dig at Euston Station, London, UK, where the remains of Captain Matthew Flinders were discovered.

The remains* of Captain Matthew Flinders, the first European to circumnavigate* Australia, have been found more than 170 years after they disappeared.

They were found during an archaeological* dig at a London, UK, railway station.

The coffin of the English navigator* and cartographer* was found at the St James’s Burial Ground at Euston Station by archaeologists working on England’s High Speed 2 rail project.

VIDEO: The archaeologists are working as part of the High Speed 2 rail project

Capt Flinders is famous for sailing the HMS Investigator around Australia with indigenous Australian man Bungaree and Englishman George Bass between July 1802 and May 1803.

That voyage proved to Europeans that Australia was a single continent, rather than two separate land masses previously called New Holland and New South Wales.

Capt Flinders made popular the name Australia, even though he was not the first to use the name.

He died in 1814 but his headstone* was removed when Euston Station was extended. His remains were believed to be lost.

Now archaeologists have identified Capt Flinders’ remains by a lead* name plate on top of his coffin. Part of the lead plate on Matthew Flinders’ coffin. Because it is lead rather than steel, it did not rust.

“Capt Matthew Flinders put Australia on the map due to his tenacity* and expertise* as a navigator and explorer,” HS2 Head of Heritage Helen Wass said in a statement.

“Given the number of human remains at St. James’s, we weren’t confident that we were going to find him.

“We were very lucky that Capt Flinders had a breastplate* made of lead, meaning it would not have corroded.

“We’ll now be able to study his skeleton to see whether life at sea left its mark and what more we can learn about him.” During the circumnavigation, on April 8, 1802, Capt Flinders met up with French explorer Nicolas Baudin and his ship Le Geographe at what is now called Encounter Bay, near Victor Harbor south of Adelaide, South Australia. The two captains exchanged information about the strange land they were charting.

Capt Flinders left Australia soon after the circumnavigation as a passenger on HMS Porpoise in 1803.

But the ship was wrecked on the Great Barrier Reef and he ended up sailing a cutter* more than 1000km back to Sydney to arrange for a rescue of the crew.

Capt Flinders again tried to sail back to England later that year, this time in command of HMS Cumberland, but he was captured by suspicious French officials and held prisoner on Mauritius for six years. Portrait of explorer Captain Matthew Flinders by Toussaint Antoine De Chazal. The painting is held at the Art Gallery of South Australia.

He made it back to England in 1810 but by then he was unwell.

He finally published the journal of his circumnavigation, Voyage to Terra Australis, on July 18, 1814. He died the following day aged 40.

Capt Flinders’ remains will be reinterred* at a new location that is yet to be decided. 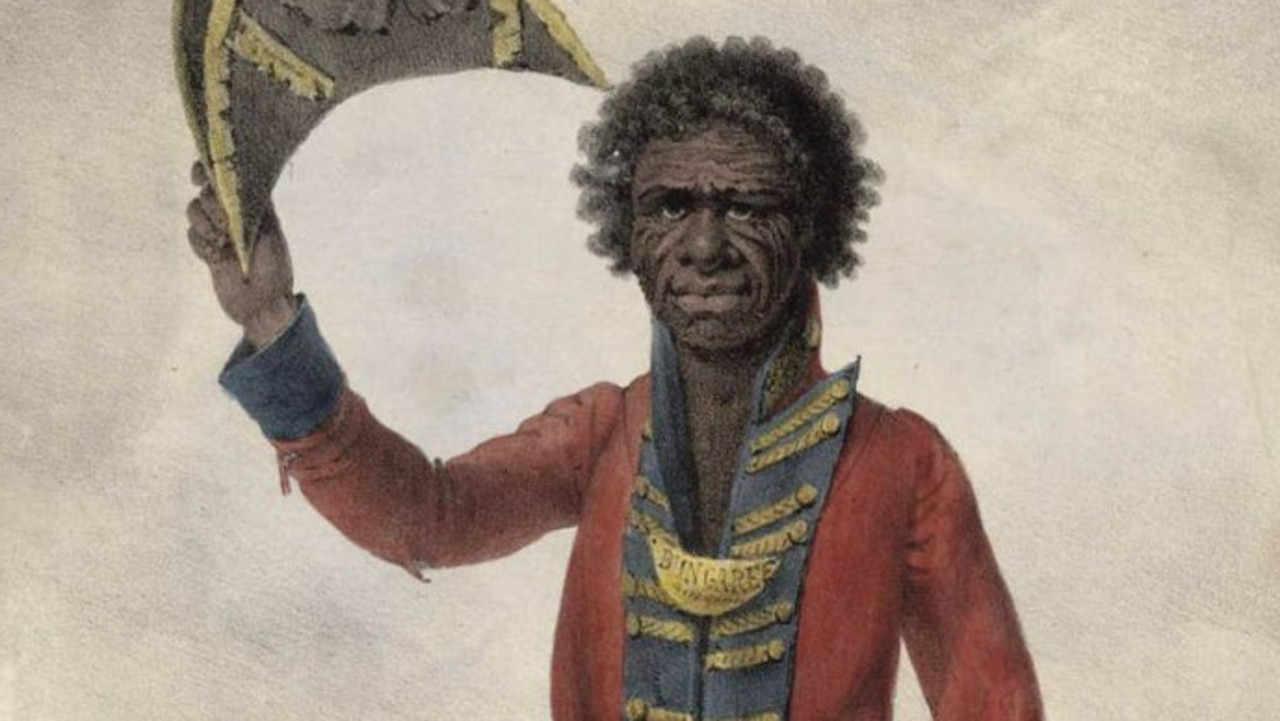 BUNGAREE (1775-1830)
Bungaree was an Aboriginal man from the Guringai (also written Kuring-gai) people of the Broken Bay area north of Sydney in NSW.

He was an explorer, guide and skilled negotiator*. When explorers such as Capt Flinders arrived in a new place, Bungaree met the local Aboriginal people and even though he didn’t speak their language, he explained using sign language why the Europeans were visiting and convinced the Aboriginal people not to attack.

He is the first person to be recorded in print as an Australian. 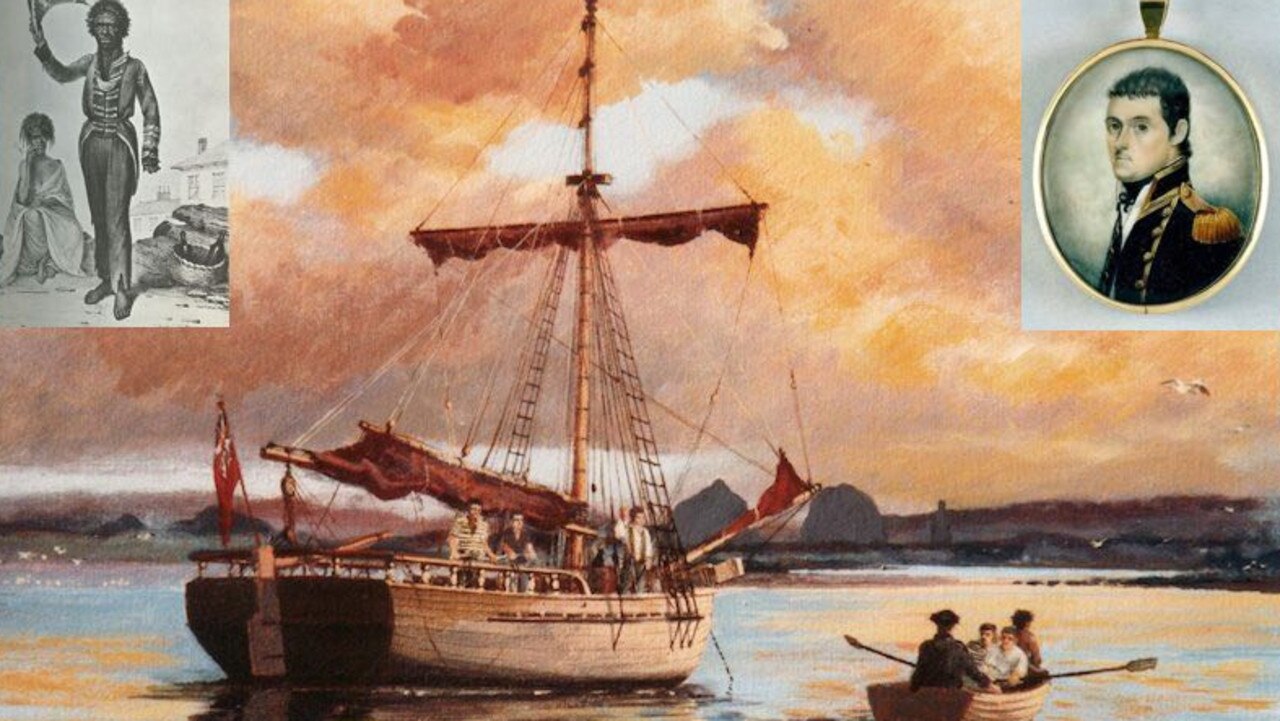 Matthew Flinders and Bungaree are rowed ashore to Bribie Island, Queensland, from a painting by Don Braben. The portraits in the top corners are Bungaree and Capt Flinders.

Lighting up the sea for sailors

CLASSROOM ACTIVITIES
1. Create a Timeline
Create a timeline showing the significant events in Matthew Flinders’ life.
Draw a timeline across the length of an A4 page. (Straight line with arrows at each end.) Mark the beginning of the timeline with the year Matthew Flinders was born. You will need to work this out from the information given. Include other events in his life that are mentioned in the article (circumnavigation, imprisonment, etc).
Make sure that your timeline is to scale and you have accurately plotted the events.

2. Extension
Write a brief biography of Matthew Flinders, using information in this article and from any further research you complete. Summarise the important events in Matthew Flinders’ life and the significance these events have had on present day Australia. Also acknowledge people who helped him complete his circumnavigation.

HAVE YOUR SAY: If you could travel back in time and meet Matthew Flinders or Bungaree, what would you ask them? What would you like to know about their adventures?
No one-word answers. Use full sentences to explain your thinking.