The aftermath of Caesar's assassination, with the dictator's body seen abandoned in the foreground, as depicted by Jean Léon Gérôme. Picture: Walters Art Museum/Wikimedia Commons

An incredibly rare Roman coin commemorating* the assassination* of Julius Caesar could be worth millions of dollars.

The golden coin was hidden away in a private collection and is just one of three in the world.

On the front of the coin is the face of Brutus, who killed Caesar at the Theatre of Pompey in Rome in 44BC*.

And the back depicts* two daggers, one either side of a pileup, which was a type of cap given to free Roman slaves.

It’s believed that this was to signify Rome was free from Caesar, who was seen by some to be a cruel and power-hungry dictator*. The back of the coin depicts daggers and references the Ides of March, marking the date of Caesar’s death. Picture: Numismatic Guaranty Corporation

This type of coin is known as ‘Ides of March’, which is how the Romans marked March 15.

Caesar was killed on the Ides of March, and this coin was created to commemorate* the event just two years later.

“It was made in 42BC, two years after the famous assassination,” said Mark Salzberg, of Numismatic Guaranty Corporation, which verified that the coin was authentic.

“The front has a portrait of Marcus Junius Brutus, one of Caesar’s assassins.

“And the other side dramatically has two daggers and the words EID MAR, a Latin abbreviation for Ides of March.”

There are around 100 Ides of March coins made from silver around the world.

But just three examples of a golden Ides of March coin are known.

This particular coin is in mint* condition, and was held in a private European collection.

It’s due to be auctioned by Roma Numismatics on October 29, and could fetch millions.

“But considering the coin’s rarity, artistry* and fabled* place in history, I would not be surprised if it sold for several million.”

Caesar is one of Rome’s most famous rulers, known for his military expertise, skilled economics and political reforms.

But many Roman senators* saw Caesar as power-mad, some of whom eventually plotted to kill him.

He was assassinated by a group of senators on March 15 during a senate meeting at the Theatre of Pompey. The group claimed the act was “tyrannicide” – killing a tyrant*.

It’s believed that as many as 60 senators were involved in the conspiracy, and were led by Marcus Brutus, Gaius Cassius and Decimus Brutus.

Soon after, the Roman Republic gave way to the Roman Empire – as Caesar himself was never considered an emperor by historical standards.

After his death, Caesar was cremated and the Temple of Caesar was erected on the same site. Parts of the structure still stand today. The Tusculum portrait may be the only surviving sculpture of Julius Caesar made during his lifetime. Picture: Wikimedia Commons/Angl M. Felicisimo

MOST EXPENSIVE COIN
The most valuable coin in the world is a US coin called the Flowing Hair dollar.

This type of coin was made in 1794 and 1795 and was the first coin minted by the US government.

THE ROMAN EMPIRE
The Roman Empire began in the 6th century BC.

During this time, the Romans ruled over many countries in Europe, parts of Africa and the Middle East. At its peak, 90 million people lived in the Roman Empire.

It evolved from a monarchy to a democratic republic to a military dictatorship and then was finally ruled by emperors.

Julius Caesar was one of the most well-known Roman leaders and is famous for his ability to plan for fighting wars and for making the Roman Empire so powerful. 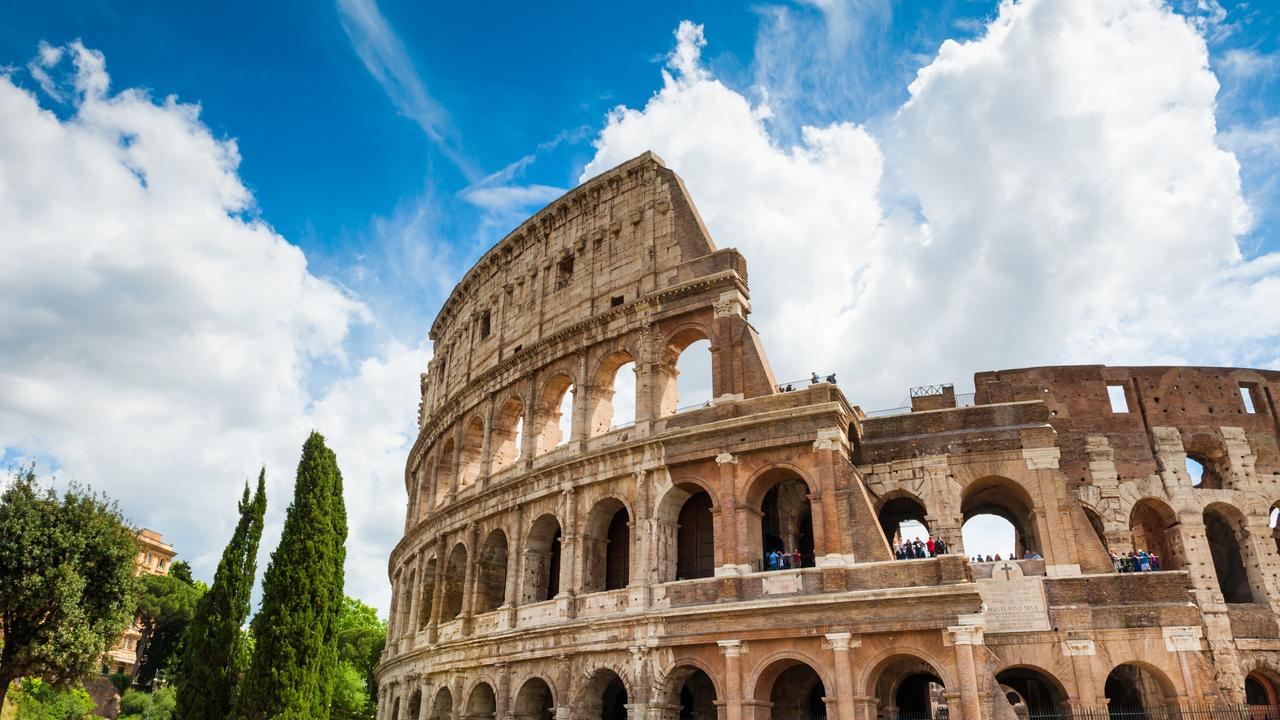 Ruins of the Colosseum in Rome, Italy. The Ancient Roman empire was rich and powerful and many structures from that period in history can still be seen today. Picture: iStock

CLASSROOM ACTIVITIES
1. Front Page News!
Take yourself back to 44BC – the time of Julius Caesar’s assassination. You are a journalist for ‘The Roman Times’, the newspaper of the day. Write the front-page article about Caesar’s death. Use the article to help you include as many details as possible about the event. Remember to write the article as though it had only recently happened. You can decide if you report on it as a terrible act of murder or justifiable act of tyrannicide.

Present your article as it would appear on the front of a newspaper. Include the newspaper’s mast head and logo, a sensational headline, the journalist’s name, date and possibly a picture of either Caesar or Brutus.

2. Extension
This golden Ides of March coin is due to go to auction and be sold to the highest bidder. Usually at an auction, the auctioneer (person conducting the auction) will start by giving a ‘sales pitch’ of the item they are trying to sell. In this pitch, they try and make the item sound irresistible to the audience and highlight all its interesting and unique characteristics. They make it sound like you must have it in your collection!

Write the opening ‘sales pitch’ for the auctioneer of this golden Ides of March coin. Highlight the rarity of this coin, its significance in history and the good condition that it is in.

Practise delivering this speech, using expression to make your audience yearn to own this significant piece of history.

HAVE YOUR SAY: What Roman artefact would you like to own?
No one-word answers. Use full sentences to explain your thinking. No comments will be published until approved by editors.