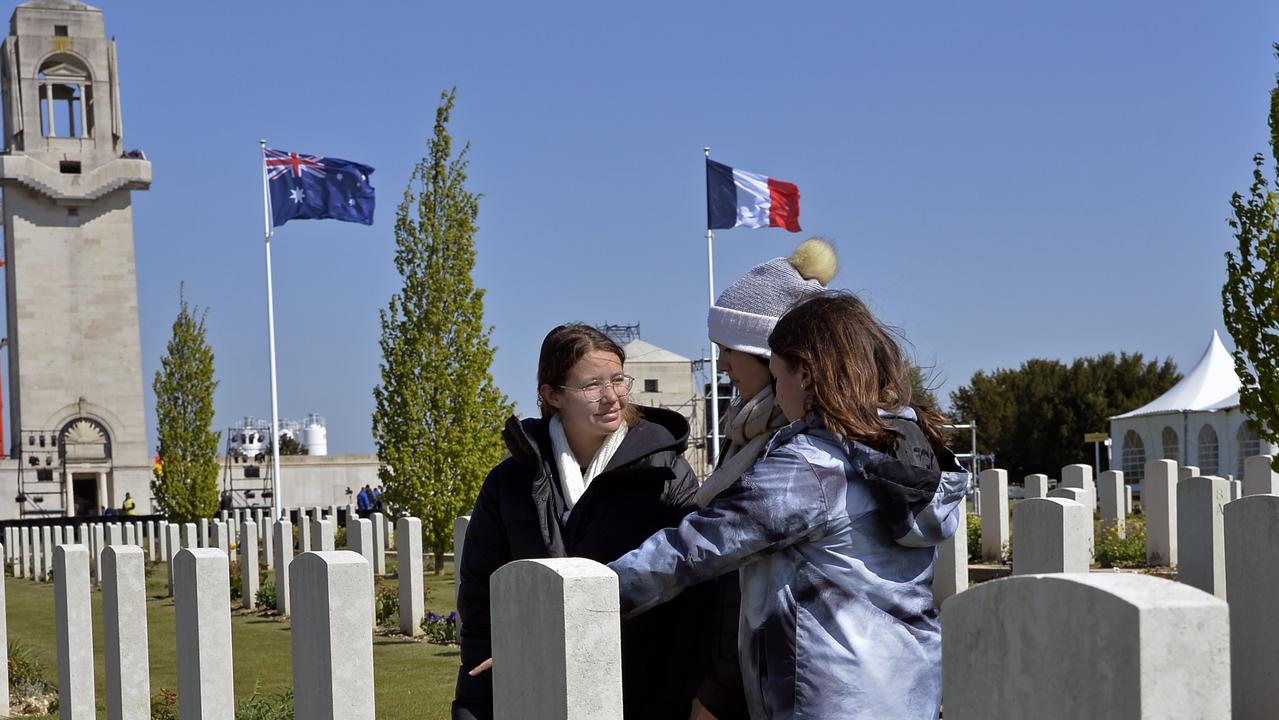 The final touches are being put on a new $100 million museum in France which will recognise the extraordinary sacrifices* of Australia’s World War I soldiers.

The Sir John Monash Centre will tell the story of Australia’s role in the battles along the Western Front, using the experiences of some of the 416,000 soldiers who served between 1914-1918. Final touches being made to the grounds before the opening of the Sir John Monash Centre outside Villers Bretonneux in France. Picture: Ella Pellegrini

Prime Minister Malcolm Turnbull will open the centre on April 24, on the eve of Anzac Day, which is also the 100th anniversary of the Second Battle of Villers-Bretonneux, where 1200 Australians died while freeing the village from German troops.

Named after Victorian war commander John Monash, who led several successful battles on the Western Front, the museum has been carefully dug into the hillside behind the Australian National Memorial outside Villers-Bretonneux. The area includes a cemetery, memorial tower and wall engraved with the names of more than 10,000 Australian soldiers whose final resting places* were never found. Bricks with familiar Australian words have been used in the construction of the Sir John Monash Centre. Picture: David Dyson

The museum is designed to be interactive, where visitors will view films and hear audio describing the war in the soldier’s own words.

Taken from journals and letters, the words paint a scary picture of the war that raged across the Western Front and claimed 46,000 young Australian lives.

Visitors will also be able to download an app which will work as an audio-guide, and take them through the cemetery, the memorial, and through the museum.

The centre will be part of the Australian Remembrance Trail, which runs along the key WW1 battlefield sites in Belgium and France and encourages visitors to reflect on the soldiers’ sacrifice. “We had a helmet, we’ve got a Lee-Enfield rifle, we’ve got quite a few shells, exploded ordnance shells. We have inkpots which tell a very personal story, I think,” Ms Bartlett said.

A number of those items are now displayed in the museum.

As well as static displays, the museum relies heavily on multimedia, with lights, realistic battle sounds and confronting images of soldiers in battle.

Visitors to the free museum will walk through long ramps which are designed to feel like the trenches* the soldiers fought in.

CLASSROOM ACTIVITIES
1. Letters from home
Life must have been very difficult for the soldiers on the Western Front, but spare a thought also for the loved ones they left back home…

Write a letter to a soldier as though you are a family member back in Australia missing them and hoping that they are safe.

Extension: Write a reply to your letter, sent from the Western Front.

Extension: Why do you think it is so important to Australians to remember the events and sacrifices of our World War I soldiers?