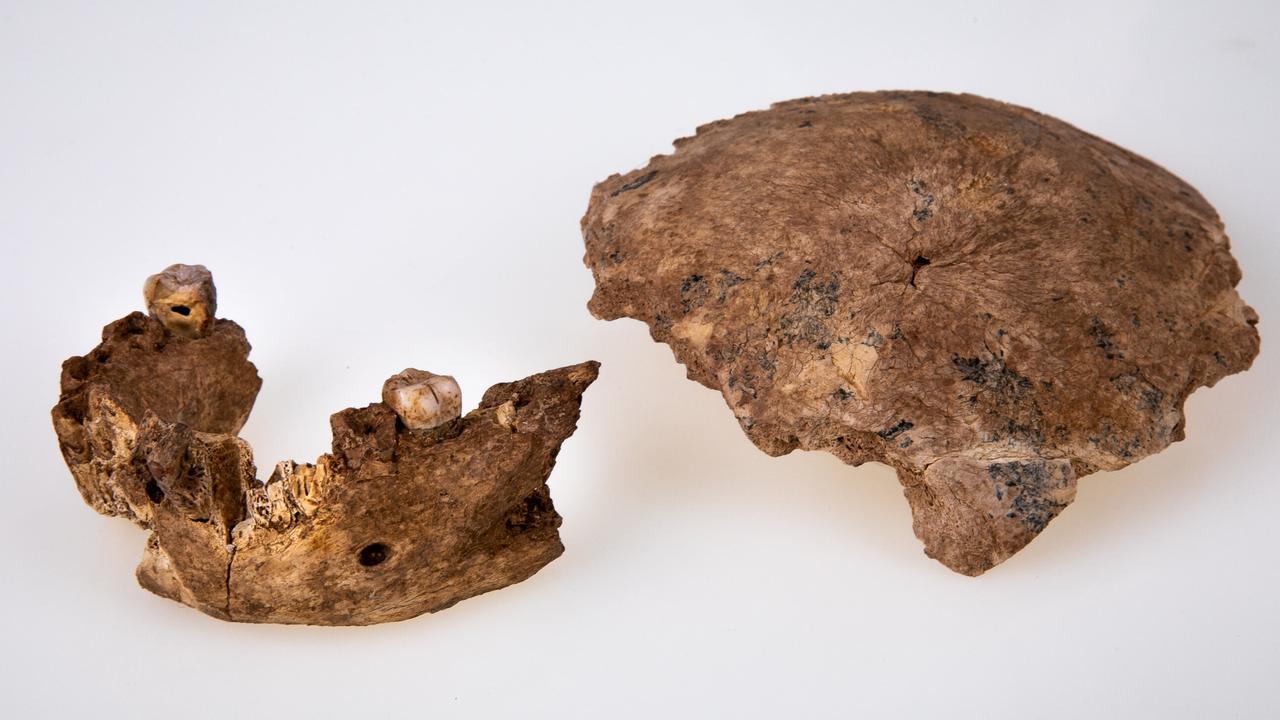 Scientists have discovered a new kind of early human after studying pieces of fossilised bone dug up at a site used by a cement plant in central Israel.

The fragments of a skull and a lower jaw with teeth are about 130,000 years old and could force a rethink of parts of the human family tree, according to researchers from Tel Aviv University and the Hebrew University of Jerusalem.

The ancient human – named Nesher Ramla Homo after the place southeast of Tel Aviv where it was found – could have lived alongside our species, Homo sapiens, for more than 100,000 years, and might have even interbred*, according to the findings.

The study found the early humans, who had very large teeth and no chin, might have also been ancestors of the Neanderthals*, challenging the current thinking that our evolutionary cousins originated in Europe.

“The discovery of a new type of Homo is of great scientific importance,” said Israel Hershkovitz of Tel Aviv University, one of the leaders of the team that analysed the remains.

“It enables us to make new sense of previously found human fossils, add another piece to the puzzle of human evolution, and understand the migrations of humans in the Old World.” 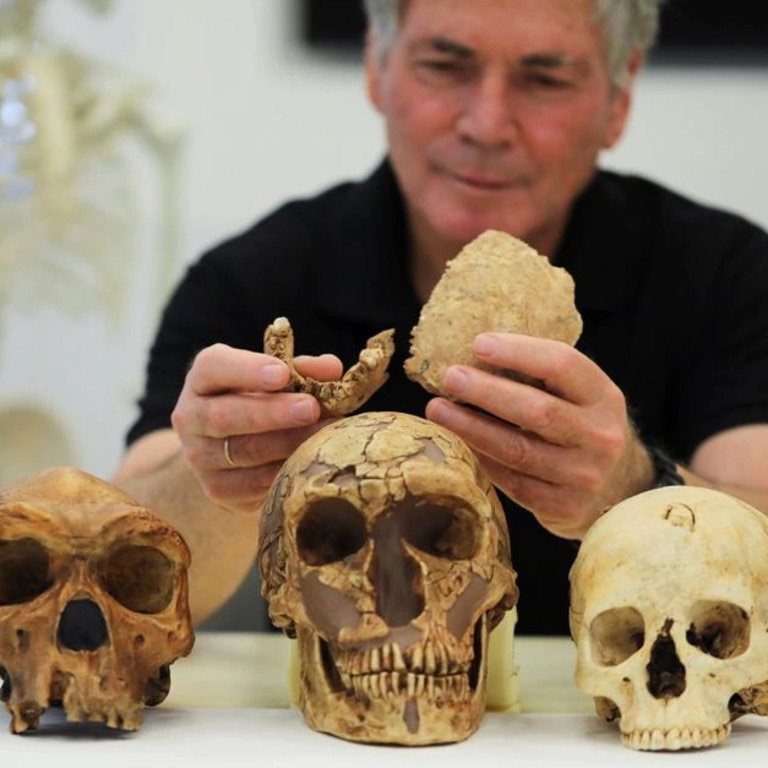 Dr Yossi Zaidner, of the Hebrew University, found the fossils while exploring the mining area of the Nesher cement plant near the city of Ramla.

Excavators uncovered the bones about 8m deep, among stone tools and the bones of horses and deer. 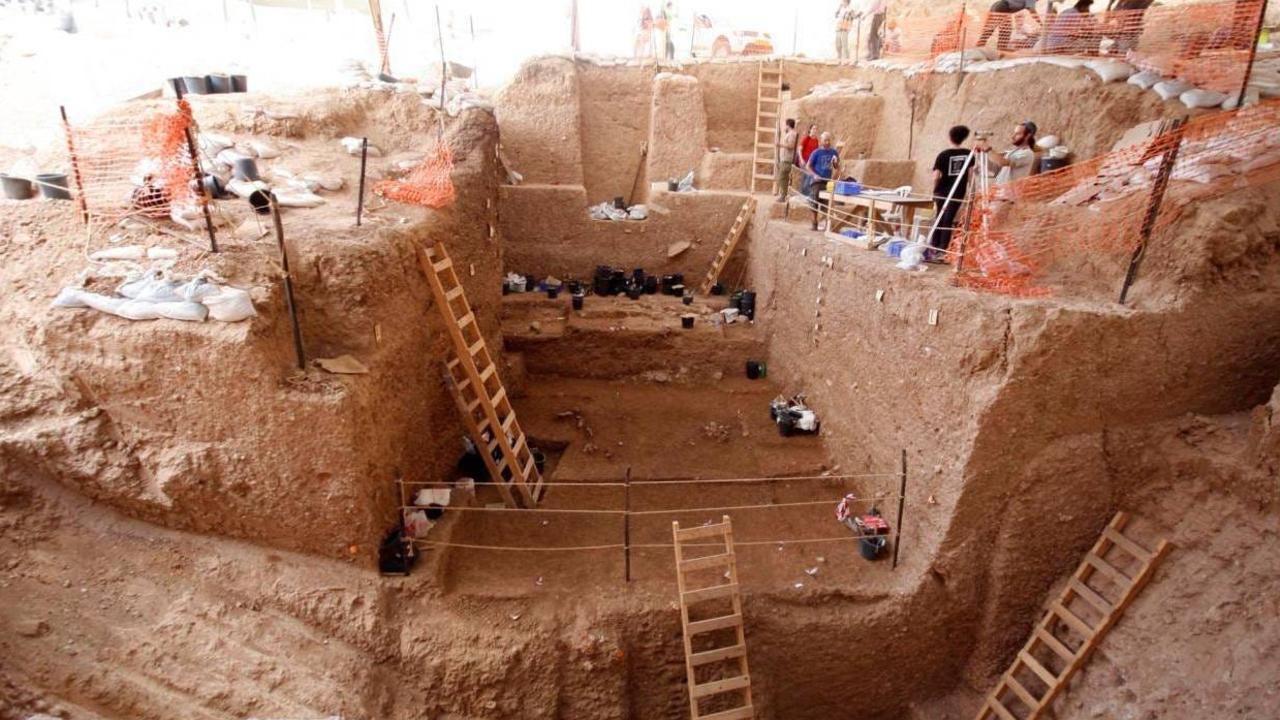 The ancient human fossils were found at a dig site at the Nesher cement plant near the city of Ramla. Picture: Yossi Zaidner

The study, published in the journal Science, said the Nesher Ramla resembled pre-Neanderthal groups in Europe.

“This is what makes us suggest that this Nesher Ramla group is actually a large group that started very early in time and are the source of the European Neanderthal,” said Dr Hila May, a physical anthropologist* at the Dan David Center and the Shmunis Institute of Tel Aviv University.

Dr May said experts had never been able to fully explain how Homo sapiens genes were present in the earlier Neanderthal population in Europe, and the Nesher Ramla could be the mystery group responsible.

She said Nesher Ramla’s jaw bone had no chin and the skull was flat, and 3D shape analysis had ruled out relation to any other known group.

However, it did match a small number of enigmatic* human fossils found elsewhere in Israel, dating back even earlier, that anthropologists had never been able to place, Dr May said. 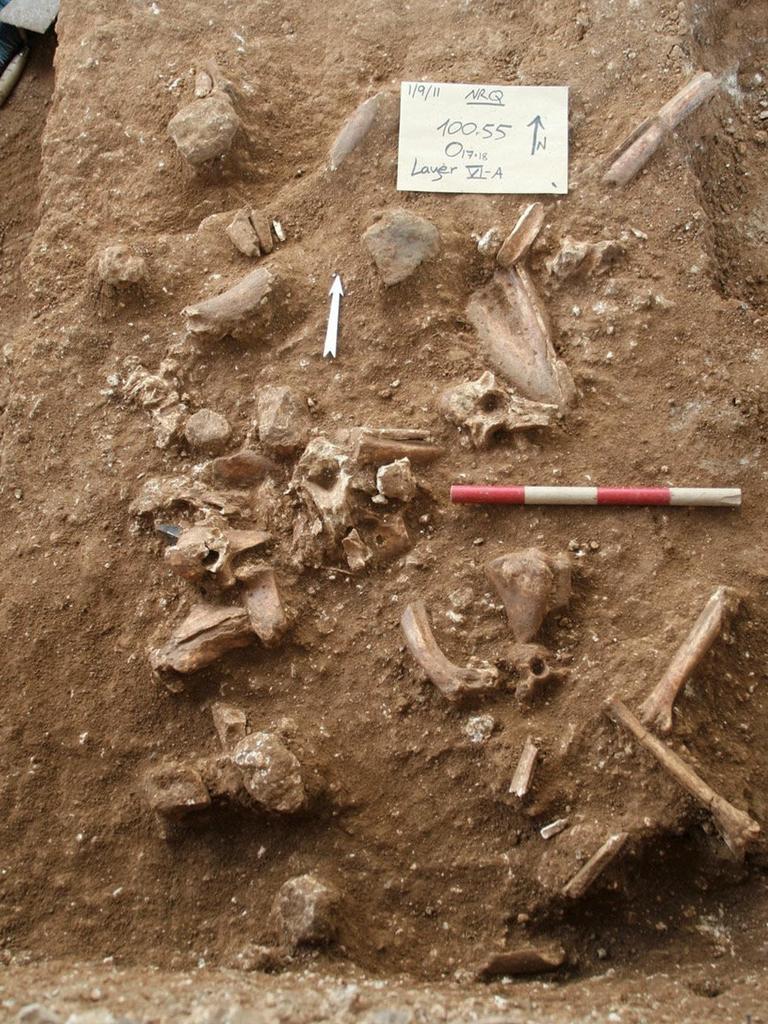 “As a crossroads between Africa, Europe and Asia, the Land of Israel served as a melting pot where different human populations mixed with one another, to later spread throughout the Old World,” she said.

CLASSROOM ACTIVITIES
1. Infographic
Create a one-page infographic based on this news story. It should be simple and clear, so that a viewer can take in as much information as possible in the space of 30 seconds. To achieve this you will need to think carefully about which information is most important to include and what can be left out. You should also choose your words and pictures wisely to make them quick and easy to comprehend.

2. Extension
This new discovery offers more insight into the evolution of modern humans. Think about where we have come from to where we are now … then consider how we may further evolve over time in the future. Write a paragraph suggesting one adaption you think might occur within the human race and the environmental or lifestyle factors that you think will influence this.

Go through the article and find a sentence or two that is complex, or hard to read. Ask an adult what it means, or try and look some of the words up in the glossary.

Once you know what it means, see if you can re-write it in a simpler way – down-level it.