The stone coffin thought to have belonged to Romulus. Picture: @ParcoColosseo

Archaeologists* believe they have found the long lost tomb of Romulus, thought to be the founder of Rome.

A rock sarcophagus* unearthed in the Italian capital could have once held the remains of the city’s first king after his death in the 6th century BC.

The 1.37m-long coffin was found in an area dedicated to Romulus within a hidden underground temple at the Roman Forum.

The Forum, a rectangular plaza* in the heart of Rome, was once a huge marketplace surrounded by ancient government buildings.

“This is an extraordinary discovery. The forum never ceases to yield amazing fresh treasures,” Alfonsina Russo, director of the Colosseum Archaeological Park, told The Times. 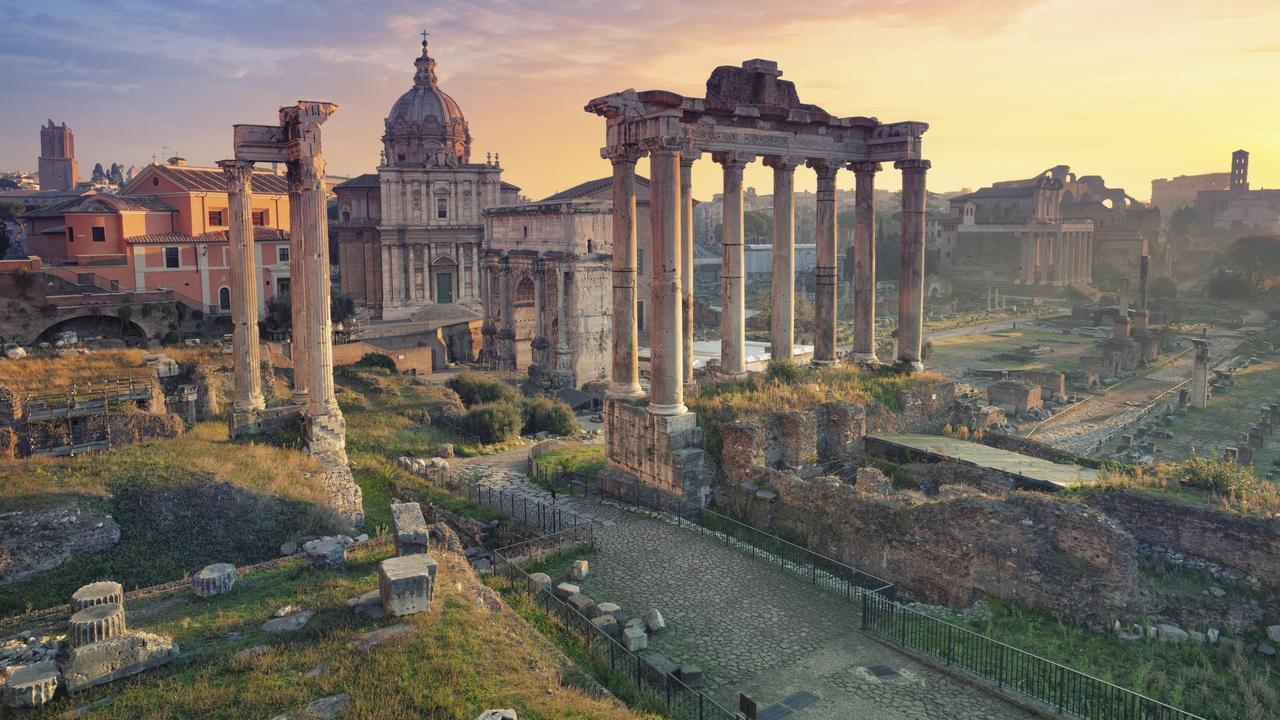 According to legend, Romulus founded Rome in 735BC after murdering his twin brother Remus in a fight over where the city should be built.

The story goes that the siblings were born to a princess named Rhea Silvia and that their father was the fierce Roman god of war, Mars.

In Roman mythology, Romulus and twin brother Remus were left to die as babies in a basket on the River Tiber.

They survived and were taken in by a she-wolf*, who nursed them back to health. A marble carving from the 1400s depicting Romulus and Remus. Picture: Carlo Brogi

Of course, the story is legend, and it’s not clear whether Romulus or Remus ever existed.

Some archaeologists believe Rome arose when several settlements on the Plains of Latium* joined in order to better defend against attack.

Those who believe Romulus founded Rome also regard him as the founder of Roman politics and society, paving the way for the Roman Empire, which conquered vast* areas of Europe, West Asia and North Africa between 27BC and 476AD. Men dressed as ancient Roman centurions parade in front of the Colosseum to celebrate the birth of the city of Rome on April 21, 753BC by Romulus and his brother Remus, the twin sons of the god of war Mars, who were suckled as infants by a she-wolf in the woods, according to legend. Romans celebrate the date each year. Picture: AP

The underground temple where the tomb thought to belong to Romulus is located is below the entrance stairway to Curia.

The building still stands today and was where Roman senators* once met to vote.

According to Ms Russo, scholars think the temple’s altar* was positioned where Romans believed Romulus to be buried.

The coffin did not contain any remains, meaning the archaeologists’ claims are impossible to verify*.

The finding was made near the Lapis Niger, an ancient black shrine in the Roman Forum, according to Andreas Steiner, editor of the Italian magazine Archeo.

Discovered in 1899, the shrine features a Greek inscription* referring to sacred ground nearby that should not be disturbed. The Lupercalia cave, a structure rebuilt in Rome during the reign of Roman emperor Augustus to commemorate the place where legend says a she-wolf looked after Romulus and Remus. Picture: Reuters

2. Extension
Create a timeline of Romulus’s life, including all events mentioned in the article in chronological order.

HAVE YOUR SAY: Do you think the coffin belonged to Romulus?
No one-word answers. Use full sentences to explain your thinking. No comments will be published until approved by editors.