An ancient North American society was run by all-powerful females, scientists have discovered.

The mysterious Chacoans — who walked the Earth 1000 years ago — lived in lavish* stone homes with hundreds of rooms in the area that has come to be known as New Mexico in the US.

The ancient society was wiped from history in around 1140AD, but left behind huge stone houses with hundreds of rooms that have baffled* scientists.

One of the largest standing sites is Pueblo Bonito, in Chaco Canyon, New Mexico, which has 650 rooms. 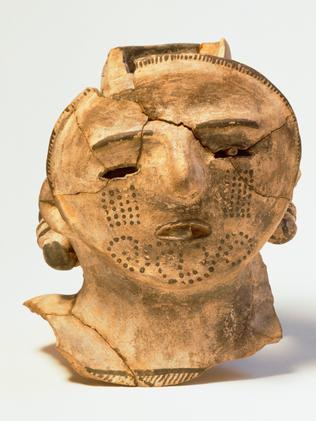 And a new study of Pueblo Bonito found that the mysterious society was run by high-powered women.

After studying a burial tomb reserved for the most important people, scientists have confirmed that power among the Chacoans was passed down through the maternal, or female, line between 800-1130AD.

Archaeologists from Pennsylvania State University collected DNA from nine of the Chacoans in Room 33, reserved for high-profile* members of the community.

Through a study of the genes of the women’s bodies, scientists found they all belonged to the same maternal family line. 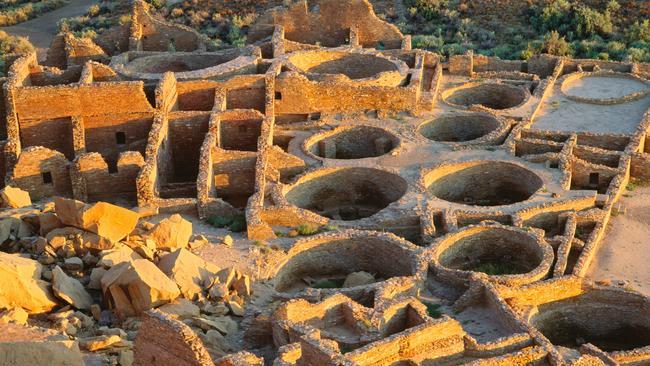 The ancient settlement of Pueblo Bonito, in the Chaco Culture National Historical Park, now in New Mexico, US. Picture: Alamy

They also found the skulls of a 40-year-old man who was killed from a blow to the head.

The research paper, which was published in the journal Nature Communications stated: “Both of these observations* are consistent with the importance of close matrilineal* ties among those interred* in the room.”

Leadership in the group was passed down the female line until the society’s collapse around 1140AD.

It’s not known exactly what happened to the Chacoans because there is no evidence they wrote or drew anything that we can understand.

But it’s believed they suffered a huge drought before being wiped out.

CLASSROOM ACTIVITIES
1. In Chacoan society, Girls Rule!
Read or listen to the article carefully before completing this activity.

Make a list of all the things that are known or assumed about the ‘mysterious Chacoans’ society.

Imagine it was possible to interview someone from the Chacoan society. Write down five questions you would like to ask to find out more about this society.

Extension
This article reports that in the Chacoan society, power or leadership was passed down through the female bloodlines.

Do you think this is a fair way to decide on leadership of a society?

In the English Monarchy leadership (crown) is now passed on to the eldest child (regardless of gender). Is this a fair way to decide on leadership of a society?

How is our government decided in Australia?

Is this a fair way to do it?

Which method do you think is the fairest way to decide on leadership of a society? Write a paragraph to explain your opinion.

2.  Ancient Societies
Other Ancient societies include ancient Chinese, Roman, Greek and Egyptian civilisations and the Aztecs, Incas and Mayan civilisations.

Choose one of these or another ancient society you know about and do some further reading on it.

Compare and Contrast this society with what is known about the Chacoan society. Write down things that they have in common and things that are different.

Extension
Use a map of the world to find where the Chacoan’s lived. If you have your own copy of a world map, mark it on. Also mark where other ancient societies existed.

Look at the dates they existed – were any living at the same time but in different parts of the world?

Extra resources: Non-fiction books about an ancient society and/or access to the internet, atlas or a copy of world map

PEOPLE AND PLACES FROM UP ABOVE