Mission to preserve Mawson’s huts amid harshest conditions on Earth A penguin walks past the main structure at Mawson’s Huts, Cape Denison, the base for the Australasian Antarctic Expedition of 1911-14 led by Australia’s greatest polar explorer, Sir Douglas Mawson. The first conservation team in six years is headed to the remote site. Picture: AAP Image/Mawson's Hut Foundation

A team of conservation* experts is set to retrace the footsteps of explorer Sir Douglas Mawson, spending five weeks in the harshest environment on Earth protecting the relics* of the first Antarctic expedition.

One hundred and 10 years since Mawson set sail from Hobart, the 2021-22 Mawson’s Huts Foundation expedition* will head 2500km south to ensure the survival of the wooden huts left behind by the early Antarctic explorers.

The four wooden huts were constructed by Mawson’s Australasian Antarctic Expedition team at Cape Denison and were used from 1911 until 1914. 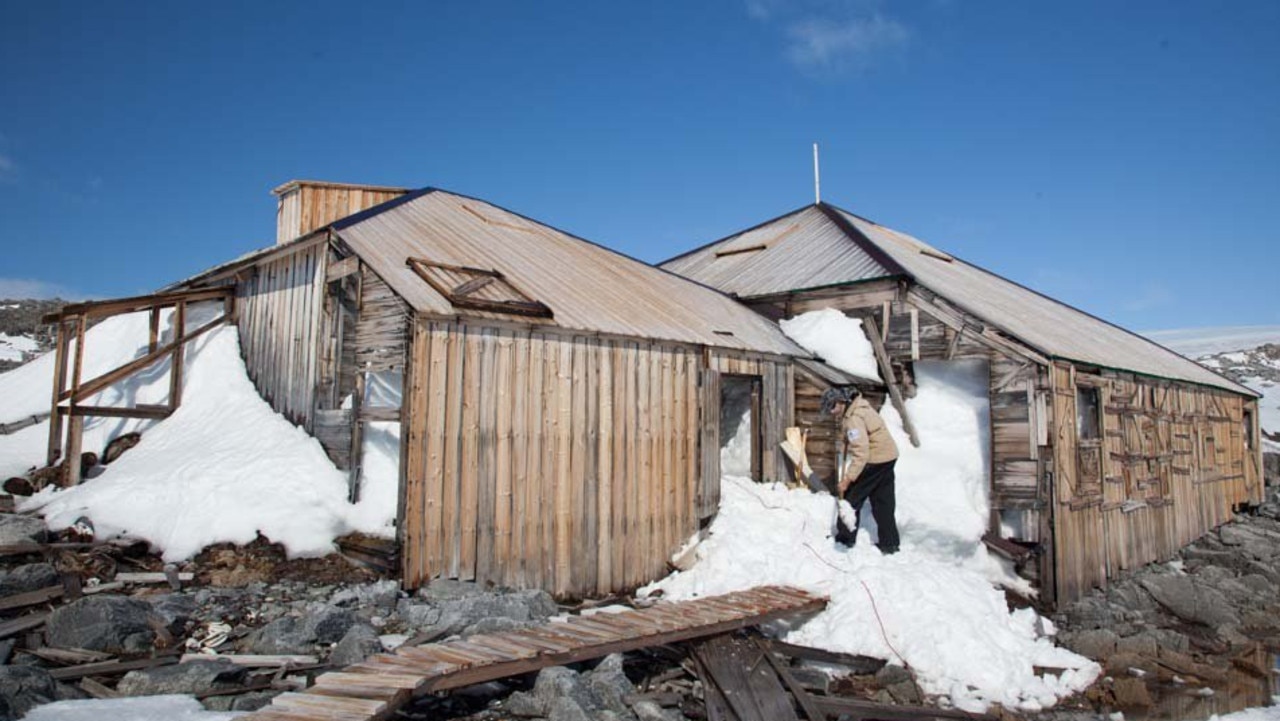 Dubbed “the windiest place on Earth” by the legendary explorer for its constant blizzards, the site is so hard to get to it has not been visited by an expedition for six years. The incoming conservation team will make camp on the Antarctic coastline hundreds of kilometres from the nearest Australian base, just as Mawson’s pioneering team once did.

They will take advantage of the 24-hour sunlight during the Antarctic summer to complete a program of conservation works, erect an automatic weather station and conduct surveys of the area’s penguin population.

“Mawson’s Huts are Australia’s most important historic site in Antarctica,” Mawson’s Huts Foundation chief executive Greg Carter said. “The team’s work this summer will help ensure these examples of our priceless Antarctic heritage* are preserved for the future.” 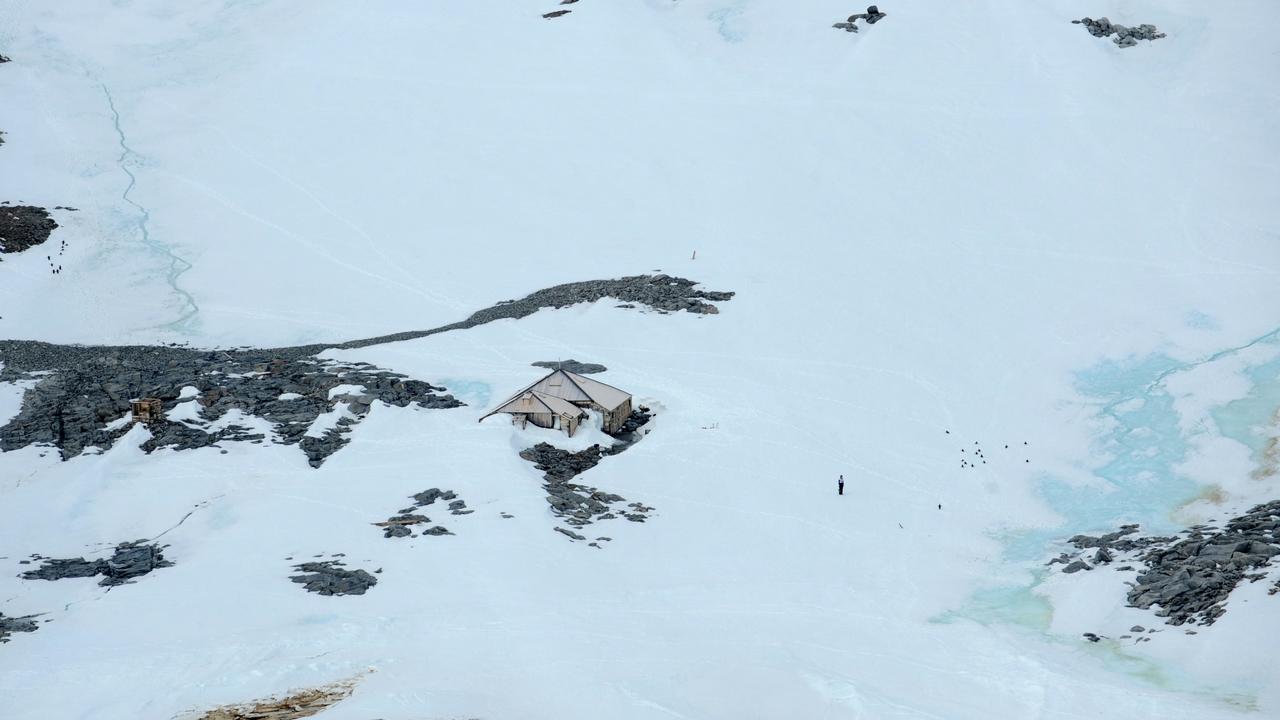 This aerial view of Mawson’s Hut does not quite capture the extreme remoteness and ruggedness of the Cape Denison site.

Perched just 60m from shore at the base of Cape Denison, the site is one of just six that remain intact from what is known as the “heroic era” of Antarctic exploration from 1897 to 1917.

The living quarters and workshop in the main building have survived intact, while the remaining three huts that were used for scientific observation are standing ruins. A memorial cross honours two members of the Australasian Antarctic Expedition who perished* at the Cape. The remote huts that were used by Mawson’s team stand today as the only in-situ* evidence of early Antarctic scientific research – a monument to human achievement in extremity*.

Among Mawson’s significant achievements was establishing radio contact between Cape Denison and mainland Australia, allowing the team to record and transmit meteorological* observations and updates. The conservation project is supported by a heritage grant awarded in April last year.

“Mawson is an icon* of Antarctic exploration,” Tasmanian Liberal senator Eric Abetz said when the funding was announced. “His legendary tale of survival against all odds has ensured his name and legacy* lives on, not just through the naming of the heritage-listed huts but also through the Antarctic station named after him.

“It is of national importance that we honour Mawson and his company by continuing to conserve and manage this site, so that it continues to be a part of our rich Australian Antarctic heritage and pioneering* spirit.”

Mr Abetz said as part of the $321,000 project, any necessary repairs to the huts will be made and access to the main hut will be improved. 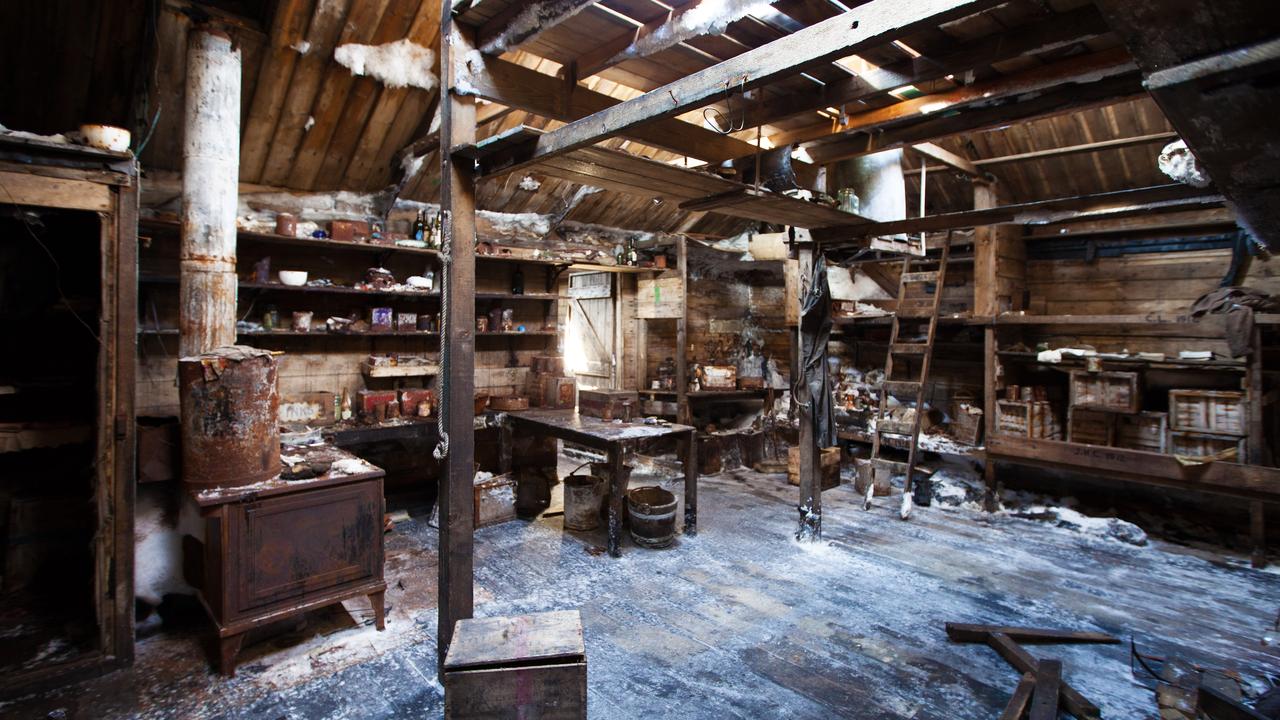 The interior of Mawson’s Hut at Cape Denison, Antarctica, as seen in January 2016 after the removal of ice from the floor of the hut by members of the last Mawson’s Huts Foundation expedition. Picture: AAP Image/Mawson’s Hut Foundation

“Snow from the main hut will be cleared, potentially uncovering lost artefacts and an automatic weather station will be installed so that we may monitor conditions at the hut in real-time,” he said.

Federal Environment Minister Sussan Ley said at the time that conserving the huts was part of a $5.3 million national grants program for protecting nationally significant sites.

“I am delighted to see the huts and site of Mawson’s legendary expedition will undergo much needed conservation to ensure the spirit and legacy of our pioneering Australians lives on for another hundred years,” she said.

CLASSROOM ACTIVITIES
1. Harshest place on Earth Y-chart
Create a Y-shaped chart by trying to imagine what you would see, feel and hear at the harshest place on Earth, Antarctica. Remember you’re hundreds of kilometres from the nearest base and it has been dubbed the “windiest place on earth” due to the constant blizzards.

2. Extension
If we had to contend with 24 hours of sunlight a day, as it is in an Antarctic summer, how would we have to adapt our lifestyle? Think about sleep, work hours, school hours etc. Do you think it could be beneficial?

VCOP ACTIVITIES
Reliving a moment in time
Imagine you are one of the conservation experts retracing Mawson’s steps. Use the article to help gather some facts to write a realistic journal entry from part of the expedition. Remember they are going during summer when it is daylight all the time – how crazy is that?! See if you can also include some landmarks or some special equipment you might need.

Make a quick plan with key facts that you should include, then open in a really engaging way. Maybe start with some drama, or at a certain period of time, or with some dialogue?

Re-read your work before sharing with a classmate and see if you can up-level any VCOP before you say you are done.