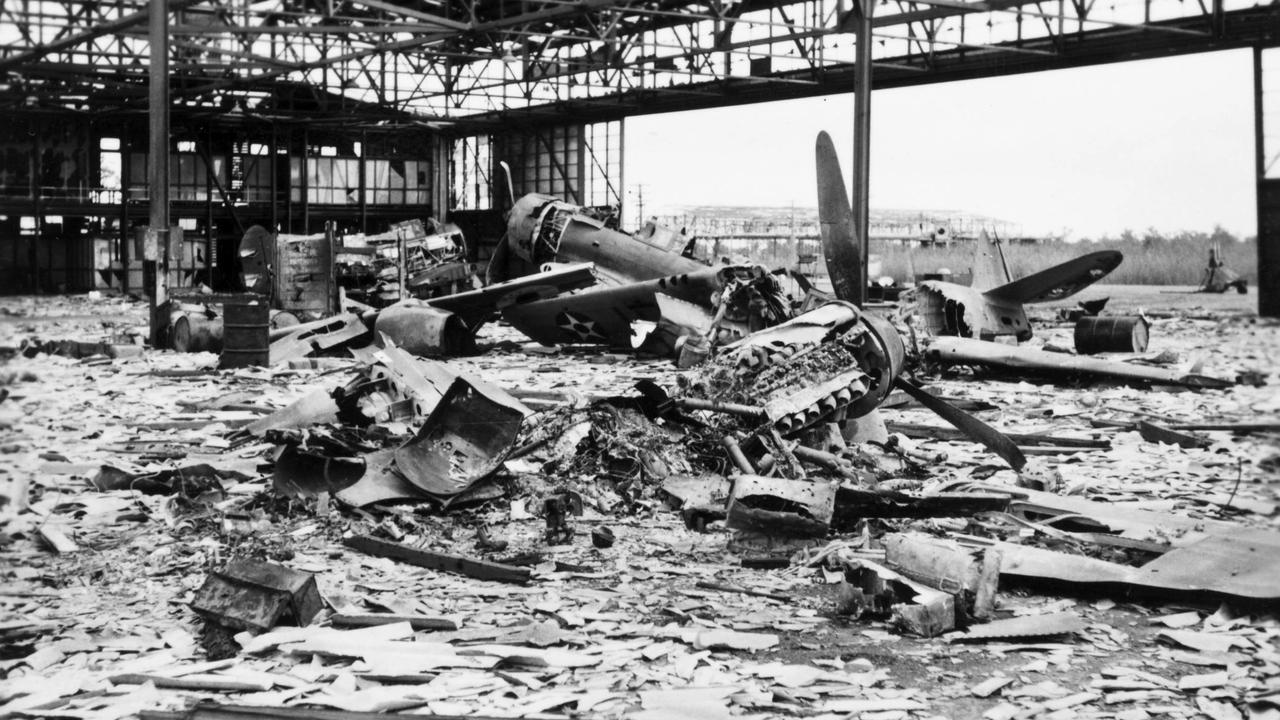 The remains of an Australian Wirrway plane (left) and American Kittyhawk plane (right) in a hanger at the air force base near Darwin after the Japanese bombing on August 19, 1942.

It has never quite become part of our historical narrative* in the way Pearl Harbour* has for America, yet the bombing of Darwin 80 years ago on August 19 remains a pivotal* moment in Australian history.

The 1942 air attack, costing about 250 lives and involving more than 242 enemy aircraft, was the first – and still the largest – attack by foreign forces on the Australia continent since Europeans arrived in 1788. 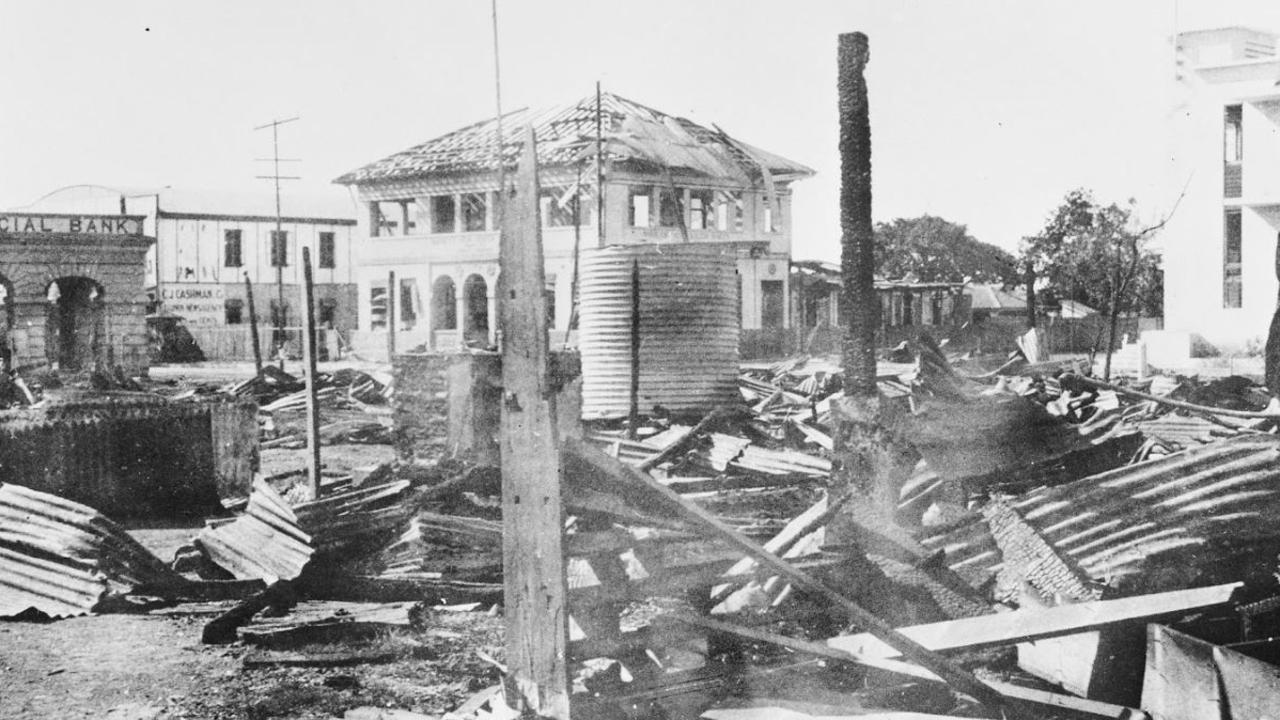 The centre of Darwin was left in ruins after the Japanese bombing raid in World War II.

Wartime censors* ensured details of the bombing were repressed*, but it’s a popular myth to suggest Australians were not told about the Japanese bombing raid during World War II.

The front page of Brisbane’s The Courier-Mail on February 20 announced “Darwin Bombed Heavily in Two Day Raids” and included details of a total of “93 enemy planes”.

The Courier-Mail’s report quoted Prime Minister John Curtin, who was recovering from illness in a Sydney hospital bed.

“Australia has now experienced physical contact with war within Australia,” he said. “I know there is no need to say anything other than these words – total mobilisation* is the government’s policy for Australia.” The Prime Minister of the time John Curtain was recovering from illness in a Sydney hospital when Darwin was bombed. Picture: Trove, National Archives

No number of casualties* was published, but by February 21, there was a front page report in The Courier-Mail that a direct hit had killed the Darwin postmaster, his wife and daughter and three women telephonists while “three other people at the post office were killed and 11 injured”.

But one paragraph in the February 21 report perhaps reveals why more details were not included, explaining to readers that news of casualties was valuable to an enemy.

“The enemy was anxious that Australia should set out its losses, and thereby reveal what targets remain unimpaired*,” the report said. Oil storage tanks burn after the bombing of Darwin by the Japanese during World War II.

What is still not widely known by Australians is that the Darwin bombing marked the beginning of 97 Japanese air raids across Northern Australia, including on Townsville and Mossman in north Queensland.

Historian and the former head of the Centre for Historical Research at the National Museum of Australia, Dr Peter Stanley, said Darwin was arguably* Australia’s most inclusive* battle.

“Those who died that day included members of all three services, in rank ranging from a Wing Commander down to two cooks,” he wrote.

“They also included merchant seamen, postal workers and civilians who were just doing their jobs.

“They included men and women, black and white Australians, a teenage girl and a grandfather.”

Dr Stanley also questioned claims Australian soldiers panicked and rode into the desert to escape the Japanese, suggesting these stories were exaggerated. ■ 242 Japanese aircraft bombed Darwin on February 19, 1942, the first attack by a foreign force on Australian soil.

■ The first wave consisted of 188 aircraft carrier-based fighters, dive bombers and torpedo bombers and hit just before 10am.

■ The second wave of land-based medium bombers struck about midday.

■ It is estimated about 250 people died in the raid, while nine ships were sunk in the harbour and many fuel storage tanks were destroyed.

■ Australian gunners on the ground are believed to have shot down about five aircraft, but many others were damaged. One Japanese airman was taken prisoner.

■ There were reports of looting and deserting following the raid.

CLASSROOM ACTIVITIES
1. Design a memorial
Create a design for a special memorial for the people who lost their lives in the bombing of Darwin. Your design should reflect what Peter Stanley says about the battle.

2. Extension
Why do you think information, like the details about the bombing of Darwin, is censored during wartime? Write as many reasons as you can think of.