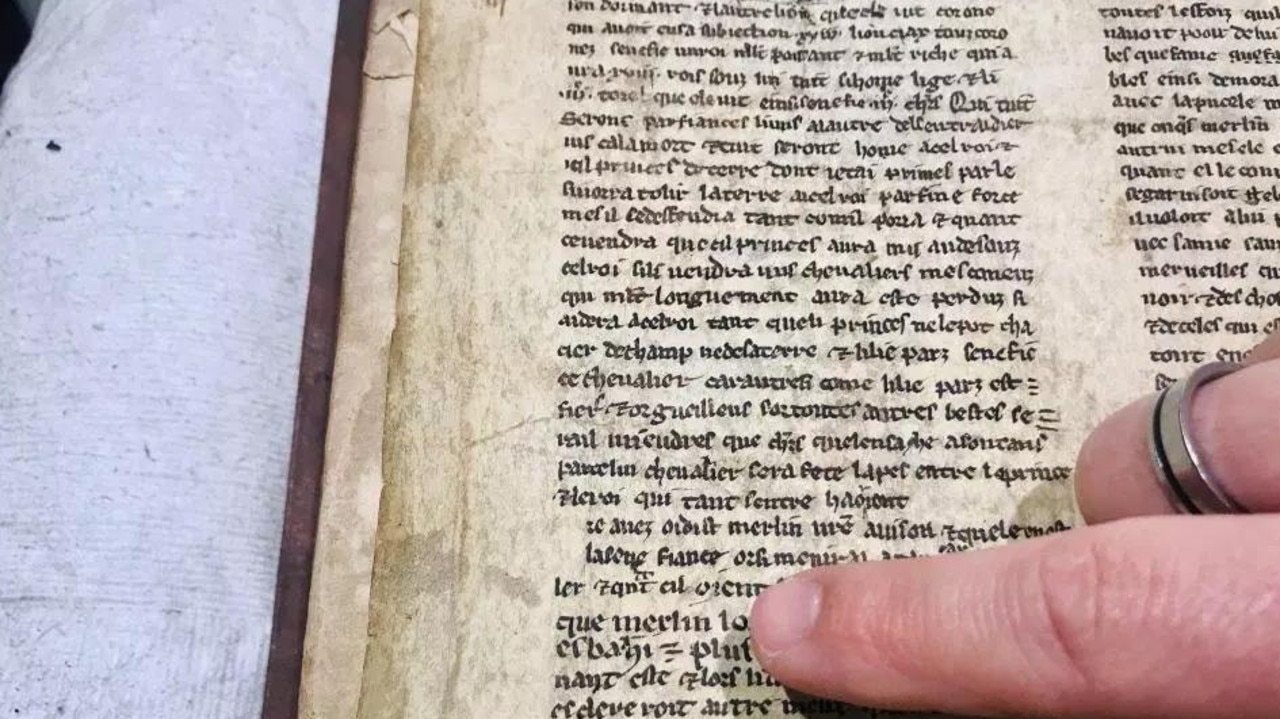 Seven fragments of text were found hidden in a book in a library in Bristol, UK.

An 800-year-old handwritten story about King Arthur and the wizard Merlin has been found. Its discovery could lead historians to the legendary* Holy Grail, said to give whoever finds it eternal life and happiness.

The seven pieces of parchment* from Medieval* times tell of the Battle of Trèbes, in which Merlin inspires Arthur’s army with a stirring* speech and leads a charge using a magical, fire-breathing dragon. The text is written in Old French* and the pieces were found bound within a book from the 1500s stored at a library in Bristol, UK.

They feature important differences from the traditional stories.

For example, different characters are responsible for leading the four divisions of Arthur’s forces.

“These fragments of the Story of Merlin are a wonderfully exciting find,” said Dr Leah Tether, President of the International Arthurian Society.

“They may have implications* for the study not just of this text but also of other related and later texts that have shaped our modern understanding of the Arthurian* legend.”

Tales of King Arthur are mostly based on folklore* and a handful of Medieval texts. Historians still argue about whether he actually existed. A painting of King Arthur. No one knows what he really looked like or even if he existed. Picture: Alamy

If the Bristol fragments were printed in a modern paperback, they would fill 20 pages.

They are badly damaged and it will take experts at the University of Bristol some time to decipher* them.

“Time and research will reveal what further secrets about the legends of Arthur, Merlin and the Holy Grail these fragments might hold,” Dr Tether said.
KING ARTHUR
Legend has it that Arthur was a king of Britain who defeated the Saxons and established a vast empire in the early 6th Century. The Saxons were a group of people who came from the area around modern Germany.

He is famed as the head of the kingdom Camelot and the Knights of the Round Table.

He and his soldiers went on various quests.

One such quest saw them hunt for a priceless* object known as the Holy Grail.

Arthur’s legend has been retold many times by Medieval writers through to modern film and TV adaptations. 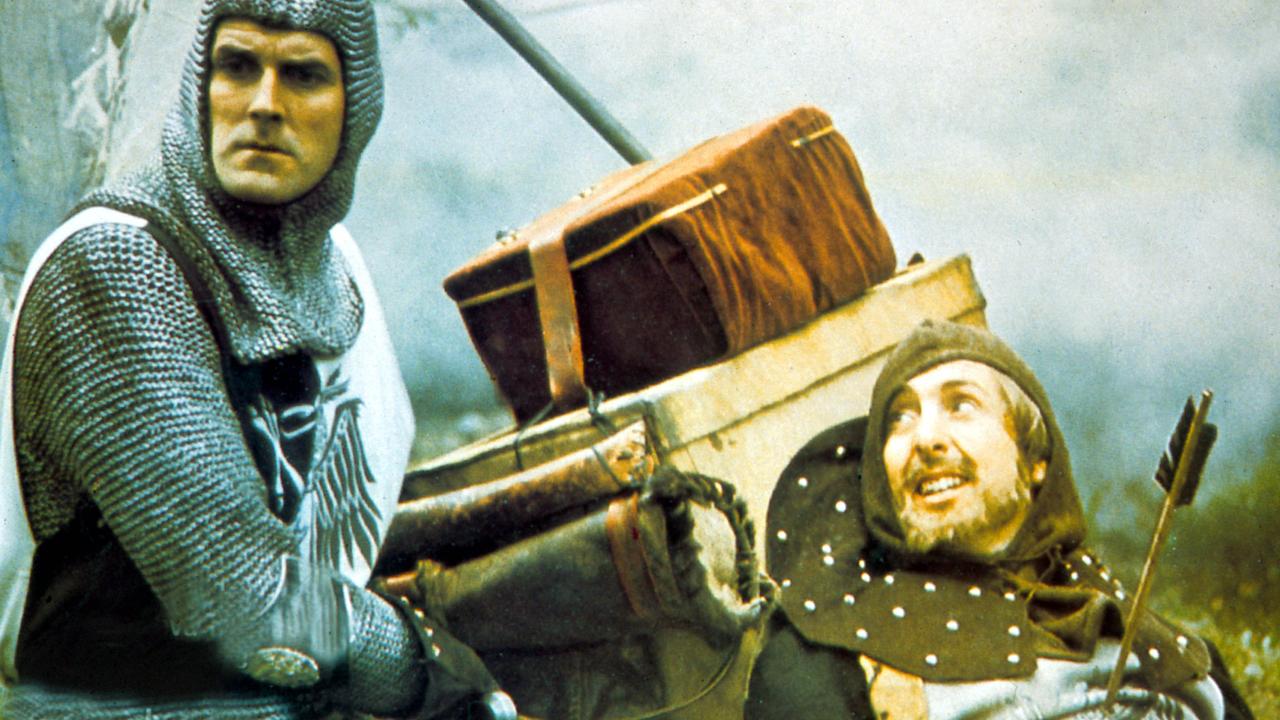 Actors John Cleese and Eric Idle during a scene from the movie Monty Python and the Holy Grail from 1975. Picture: Moviestore Collection

HOLY GRAIL
The Holy Grail is the name given to either a cup or a plate or bowl said to have been used by Jesus Christ at the Last Supper, an important event in Christian religious stories. It is said to have given the person who eats or drinks from it magical powers, including eternal life and happiness.

In ancient stories, Arthur and his soldiers went on many quests to find the Holy Grail.

Some believe Arthur found the object and hid it somewhere around Britain.

CLASSROOM ACTIVITIES
1. King Arthur’s quest
Now that you know a little about King Arthur, write an imaginative story about one of his quests to find the Holy Grail. Use information in the news story to give you ideas. When writing remember that King Arthur (if he actually existed) was around many hundreds of years ago — make sure your setting and style of writing reflects this.

2. Extension
Create a Medieval-looking cover for your story about King Arthur. Think about ways you can make your cover look old and authentic.

VCOP ACTIVITY
There is a movie about to come out called The Boy Who Would Be King, based on the same concept of the original story. In the new movie, young Alex pulls the sword from the stone and he and his friends become knights, lead by Merlin to defeat Morgana, an evil sorceress.

Pretend you are Alex/Alexandra and you and your friends pull the sword from the stone. What adventure will you have with Merlin?

See if you can borrow some of the highly level vocabulary from the article as your wow words. Highlight them in yellow to show what you borrowed.

HAVE YOUR SAY: What ancient lost thing would you like to find? Why?
No one-word answers. Use full sentences to explain your thinking.