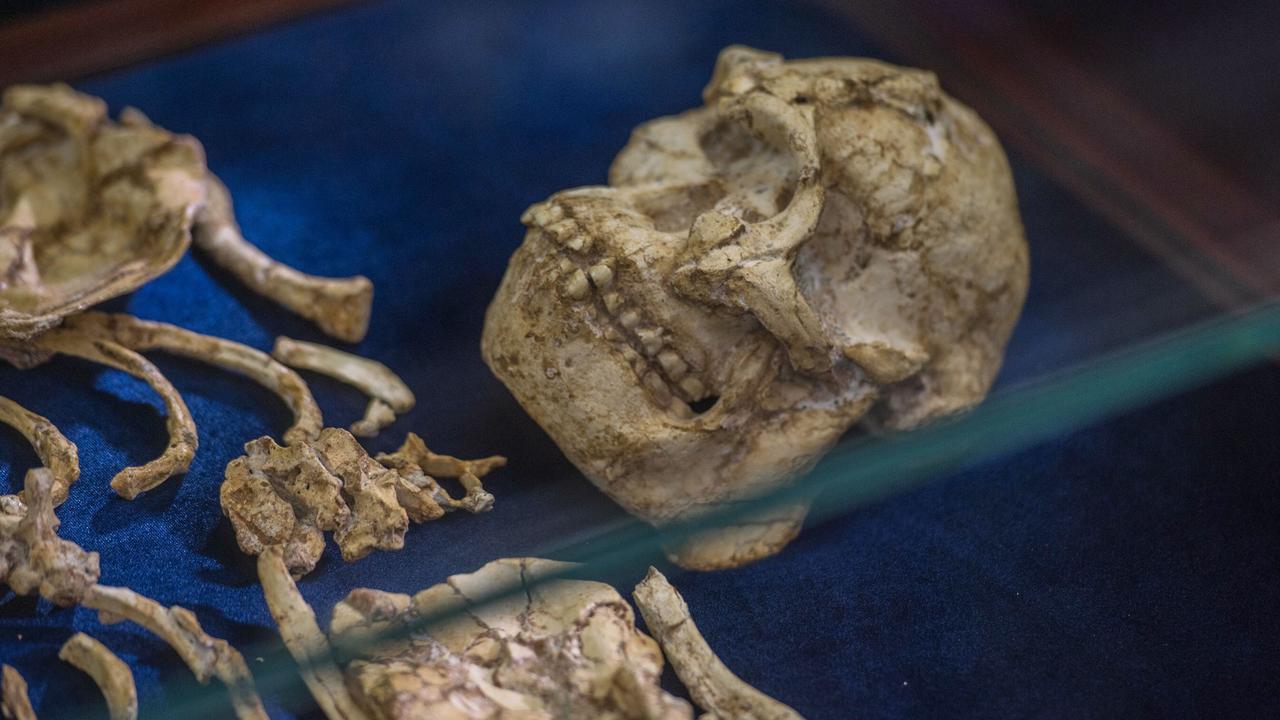 Little Foot’s fossilised hominid skeleton on display at the University of the Witwatersrand in Johannesburg. Picture: AFP

Early humans had small brains, swung between trees like monkeys and ate vegan* diets millions of years ago.

Scientists in South Africa made the discovery after performing the careful excavation*, cleaning, and scanning of the skull of an ancient fossil known as “Little Foot”.

The first cervical* vertebra* of the ancestor Australopithecus dates back 3.67 million years and is the most complete of its kind in the world.

The first cervical vertebra (or atlas) plays a crucial role in vertebrate* biology. Besides acting as the connection between the head and the neck, the atlas also plays a role in how blood is supplied to the brain via the vertebral arteries*. Scientists made the discovery using scans of the near-complete skeleton of out ancient ancestor Australopithecus. Picture: AFP

By comparing the atlas of “Little Foot” with other fossils from South and East Africa as well as living humans and chimpanzees, the Wits University team showed that our ancestors moved their heads differently to modern humans.

The shape of the atlas determines the range of head motions while the size of the arteries passing through the vertebrae to the skull is useful for estimating blood flow supplying the brain.

“Our study shows that Australopithecus was capable of head movements that differ from us,” lead author Dr Amelie Beaudet, of Witwatersrand University in Johannesburg, said.

“This could be explained by the greater ability of Australopithecus to climb and move in the trees. However, a southern African Australopithecus specimen younger than ‘Little Foot’ (probably younger by about 1 million years) may have partially* lost this capacity and spent more time on the ground, like us today.” 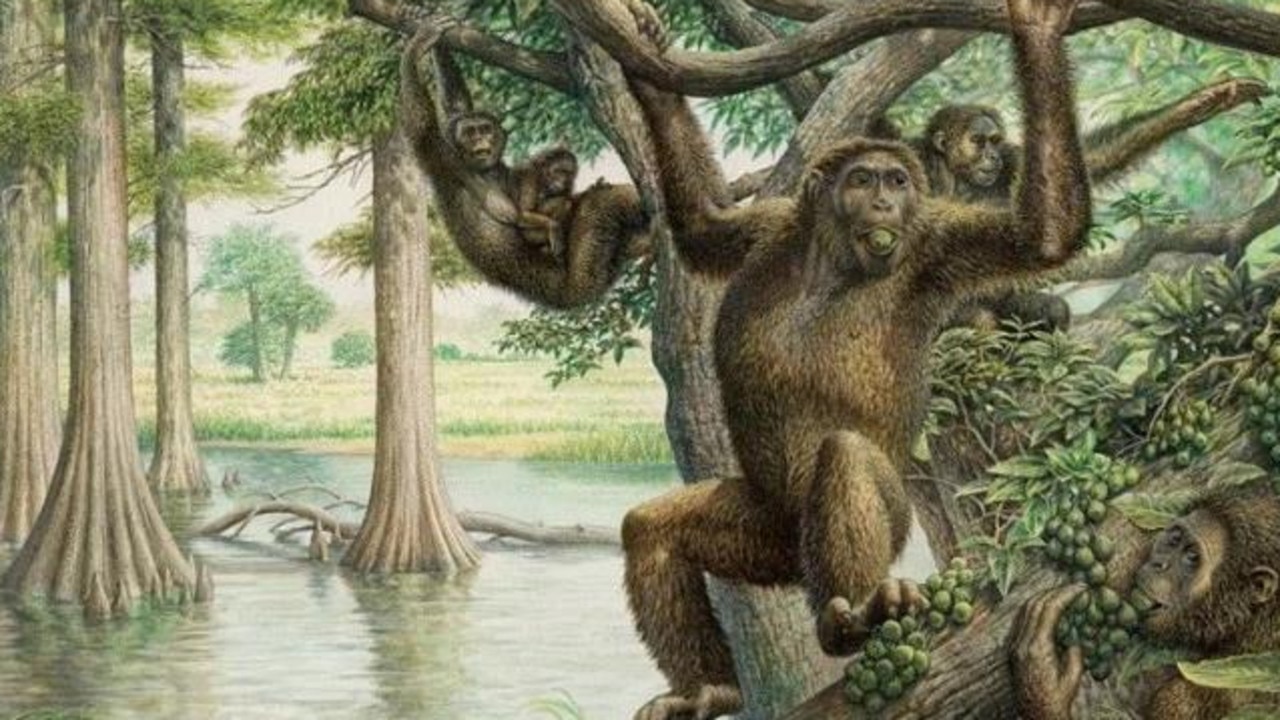 It’s long been known that ancient human-like apes, such as Rudapithecus (pictured), swung through trees millions of years ago. Picture: Supplied.

They said because Little Foot was so well preserved*, blood flow supply to the brain could also be estimated for the first time.

The team believes blood flow was about three times lower than in modern humans and closer to that of chimps.

And that means it is likely Australopithecus had a relatively small brain and ate a low-quality diet with little meat.

The research was published in the Scientific Reports Journal.

CLASSROOM ACTIVITIES
1. Find the details
The first sentence of this news story clearly tells us three new things that have been learned about early humans. The three things are:

Throughout the rest of the story are scattered further details about each of these things. Create a table with the column headings: SMALL BRAINS, TREE SWINGERS, VEGAN, and then carefully read through the article adding additional detail you can find about each of these topics.

2. Extension
Sketch a picture of “Little Foot” showing how you think these early humans looked. Be sure to show in your picture what you know about them from reading the news story.

VCOP ACTIVITIES
The glossary of terms helps you to understand and learn the ambitious vocabulary being used in the article. Can you use the words outlined in the glossary to create new sentences? Challenge yourself to include other VCOP (vocabulary, connectives, openers, and punctuation) elements in your sentence/s. Have another look through the article, can you find any other Wow Words not outlined in the glossary?

HAVE YOUR SAY: Could you eat a vegan diet like early humans?
No one-word answers, Use full sentences to explain your thinking. No comments will show until approved by editors.