The last Qantas Boeing 747 aeroplane has gone out with a bang — or a hop.

Watching along on the flight radar path, the aircraft could be seen flying through the sky in the shape of the company’s kangaroo logo.

The Queen of the Skies is completing its last flight before retiring from the Qantas fleet*.

After 50 years of service, the Boeing 747 aircraft will no longer service the Australian airline, which will be sending this plane to California in the US – where several others now sit – to be parked and stripped for parts in the aircraft graveyard in the Mojave Desert.

Flight QF7474, a Boeing 747-400, started its final flight out of Sydney at 2pm local time Wednesday, flying over the Harbour Bridge, the city’s CBD, northern and eastern suburb beaches as well as the HARS Aviation Museum in Albion Park, NSW.

Greg Fitzgerald, who was the co-pilot for the flight, said the flight marked the end of a significant chapter in Australia’s aviation history.

“Everybody in Australia, everybody in the world knows the shape of the 747,” he told ABC Breakfast.

“It’s like Aeroplane Jelly and Vegemite – it’s always been there. We don’t know life without the 747.” 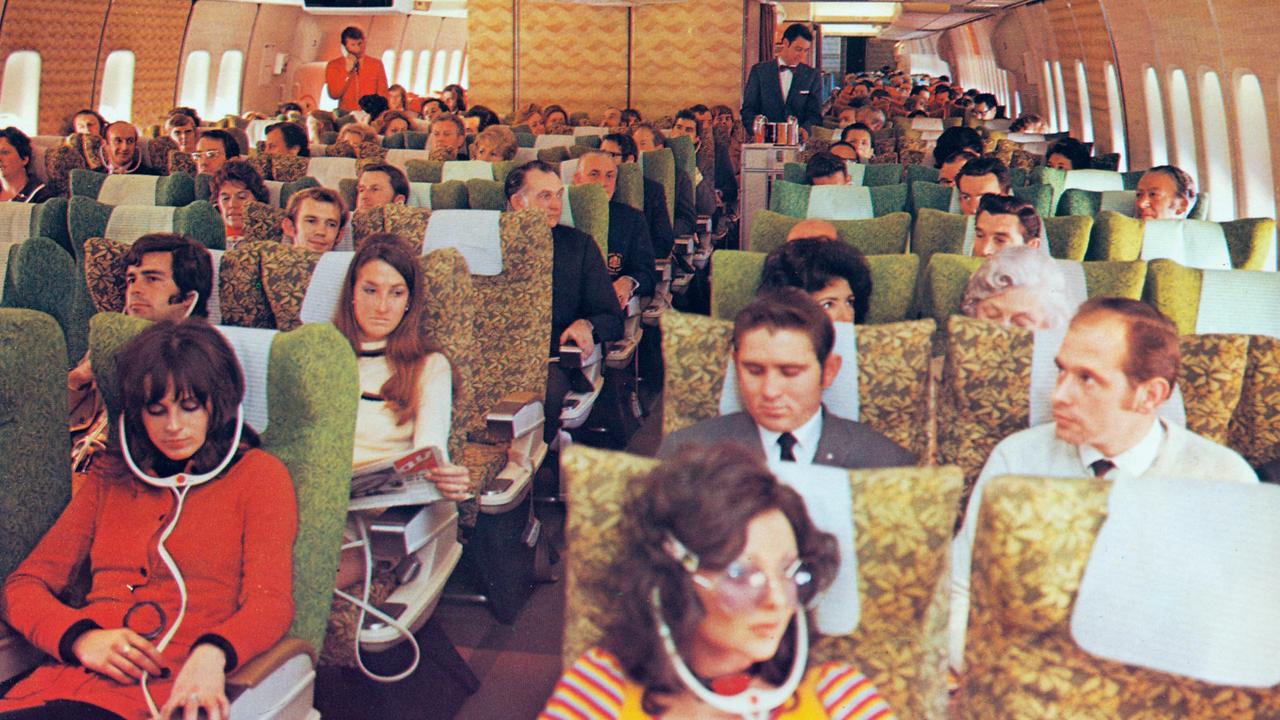 An Economy Class cabin of the first Qantas Boeing 747 in the 1970s. Qantas received its first 747 jumbo jet in August 1971, making international travel for Australians possible for millions because of their size, range and reliability. The aircraft, in addition to being a passenger plane, has been used in the past for numerous rescue missions – including flying 674 passengers out of Darwin after Cyclone Tracy in 1974 and, more recently, hundreds of stranded Australians home from the COVID-19 epicentre* of Wuhan, China, in February this year. Captain Ewen Cameron, pilot for the final Qantas Boeing 747 flight to Los Angeles before it is retired. Picture: Toby Zerna

In a statement, Qantas Group CEO Alan Joyce said the 747 changed the face of travel for Australians, noting their aircraft’s retirement was brought forward by six months due to the COVID-19 pandemic.

“It’s hard to overstate the impact that the 747 had on aviation and a country as far away as Australia,” Mr Joyce said.

“It replaced the 707, which was a huge leap forward in itself but didn’t have the sheer size and scale to lower airfares the way the 747 did.”

The 747 will be replaced by a “more fuel efficient aircraft” when overseas travel recommences for Australians, which Mr Joyce predicts will be midway through 2021.

“Time has overtaken the 747 and we now have a much more fuel efficient aircraft with even better range in our fleet, such as the 787 Dreamliner that we use on Perth-London and hopefully before too long, the Airbus A350 for our Project Sunrise flights non-stop to New York and London,” he said.

Earlier this week, British Airways confirmed it too would be scrapping its entire Boeing 747 fleet with immediate effect due to the downturn* in travel caused by the pandemic.

A spokesperson for British Airways said it was “with great sadness” the retirement was brought forward from the planned 2024 timing.

According to FlightRadar24, the global number of active 747 passenger aircraft around the world has now dropped below 100. 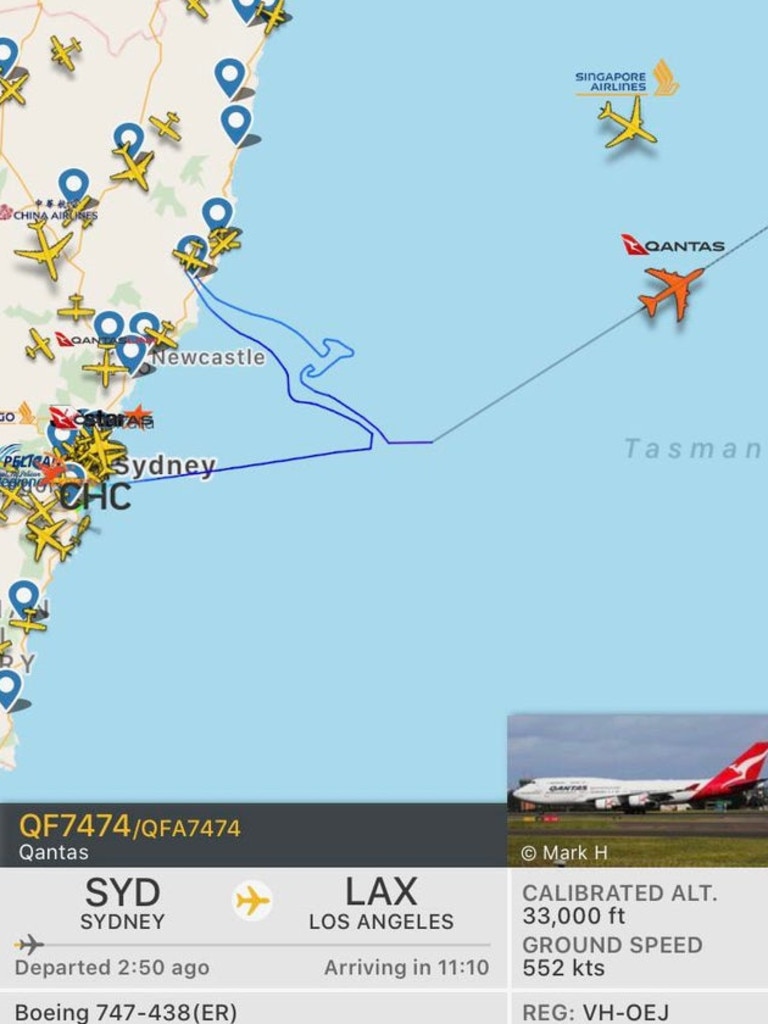 The pilots on Australia’s last Qantas 747 (QF7474) to leave Australia decided to make the Qantas logo via GPS on their way to the plane graveyard in LA. Picture: FlightRadar24

CLASSROOM ACTIVITIES
1. Make a Farewell Card
Design and make a special farewell greeting card for the Boeing 747 aircraft. Your card should include a written message or poem that lets the aircraft know how and why it has been so special.

2. Extension
Imagine you were the Captain of the final 747 flight and that you had to write a letter asking for permission to create the final ‘flying kangaroo’ flight path. Your letter has to explain the specific reasons why it is important to fly over the places that you want and to fly in the kangaroo shape. Your purpose is to convince the authorities to let you follow that flight path, so be convincing and use as many reasons as your can think of.