Inventor of Freddo Frogs was Australia’s own Willy Wonka Australia had its own Willy Wonka long before Roald Dahl dreamt up the incredible character from Charlie and the Chocolate Factory.

The real one was every bit the eccentric* genius of the fictional version.

His name was Sir Macpherson Robertson and he started cooking up little mouse-shaped sweets made of sugar in his parent’s bathroom in working class Fitzroy — an inner suburb of Melbourne, Victoria — in 1880.

Within 20 years his company, MacRobertson’s, was the biggest confectionery works in Australia.

At the height of production in 1939, when World War II began, he had 5000 staff and 19 buildings over five blocks in Fitzroy. MacRobertson’s chocolate and sweets from history.

He was a whiz at self promotion and a colourful eccentric, that later helped earned him the nickname of “Australia’s Willy Wonka”.

Ben Oliver, a history enthusiast who takes tours around Melbourne, said Robertson was beloved by the public both for his generosity and his many eccentricities*. 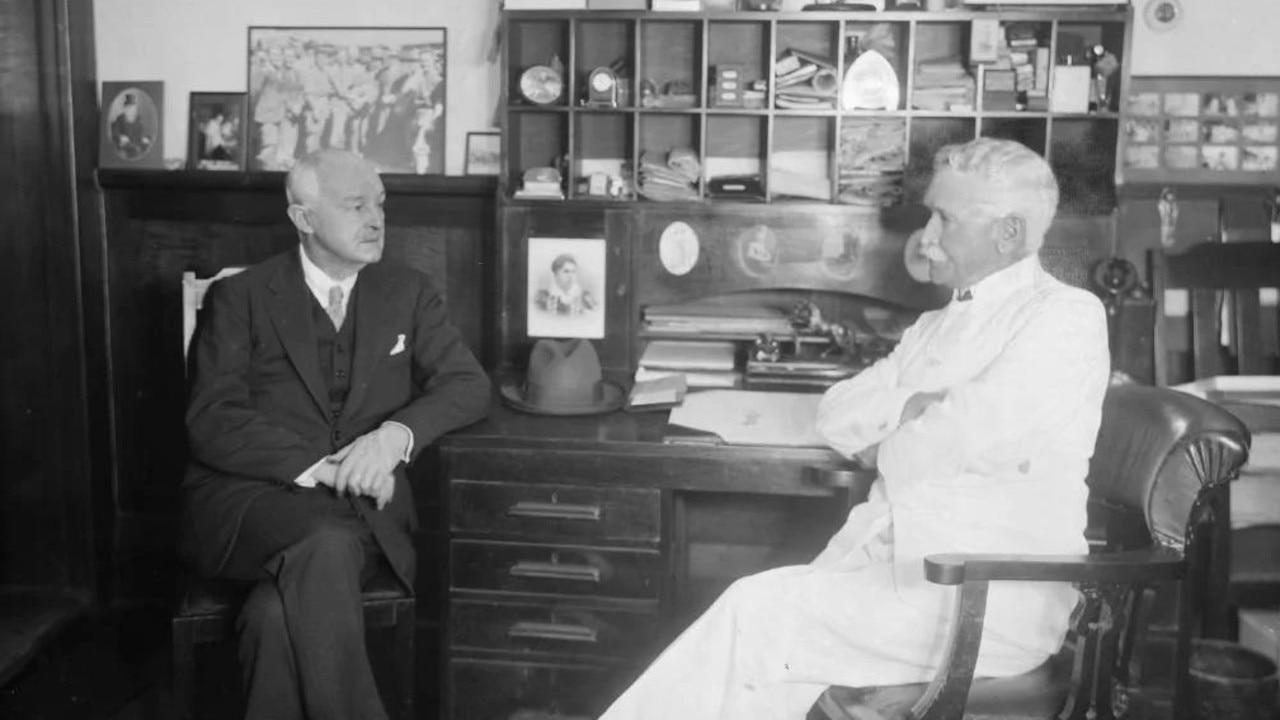 Mr Oliver said each factory building was painted white to contrast with the grimy industrial streets of Fitzroy, earning the MacRobertson empire the nickname of “White City”. 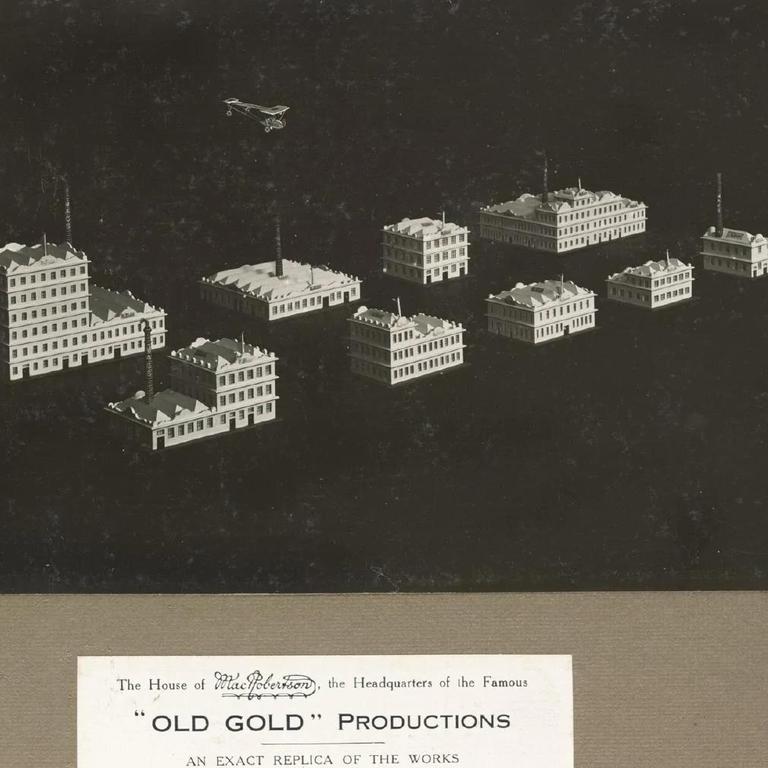 Models of MacRobertson’s chocolate factory in Fitzroy in the early 1900s. Picture: State Library of Victoria.

“All his staff had to wear white uniforms to portray this image of cleanliness and wholesomeness*, and MacRob himself became an iconic* figure in a white suit and hat,” he said.

“And he would often be seen in public riding in a carriage through the streets of Fitzroy pulled by two white ponies.”

He owned two Arab horses, which he trained to lie down, kneel, sit and shake hands, and one, Sultan, was once called “the finest educated horse in Australia”. He was a fitness fanatic who worked out in his gym daily and could still jump a 142cm bar in his 60s — at a time in history when going to the gym just wasn’t a common thing to do.

He was an early adopter of new technology, buying a car in 1902, soon after the first cars arrived in Australia. Unfortunately, he also made history by being the driver in the first car crash in Australia in which someone died.

While Robertson may not have matched Willy Wonka’s golden ticket contest from Charlie and the Chocolate Factory, he often staged beauty competitions that called for “pretty Australian children”.

He also frequently ran competitions inviting the public to submit ideas for sweets and marketing jingles.

The MacRobertson empire was bought by Cadbury’s in 1967. Macpherson Robertson being welcomed home by staff at his Fitzroy factory for MacRobertson’s chocolate in 1935. Picture: State Library of Victoria

Inside an Easter egg factory

What is chocolate and is it good for you?

CLASSROOM ACTIVITIES
1. Write a biography
Summarise the information about Sir Macpherson Robertson into a short biography about him.

Make sure you include important details about his life and personal characteristics, his career and his contribution to Australian business.

There is a lot of information in the article, however you may like to do further research to assist you.

2. Extension
If you have read about Willy Wonka in Charlie and the Chocolate Factory by Roald Dahl or have seen the movie adaptation of this story (either the 1971 or 2005 version) you will remember his eccentricities.

Make a note of which version of Willy Wonka you are basing your ideas on as they may differ slightly between movies and the original book.

HAVE YOUR SAY: Describe a treat you’d like to invent. What would it look and taste like? What would you call it?
No one-word answers. Use full sentences to explain your thinking. No comments will be published until approved by editors.