American astronaut Michael Collins, who piloted the Apollo 11 command module while his crewmates became the first people to walk on the Moon, has died aged 90.

Sometimes called “the loneliest man in history” because of his long solo flight while his colleagues explored the lunar surface, Collins was never as famous as Neil Armstrong and Buzz Aldrin.

He was very modest, saying in a 2009 interview with NASA that his historic accomplishments were “90 per cent blind luck” and that astronauts should not be celebrated as heroes.

Crewmate Aldrin led the tributes, writing on Twitter: “Dear Mike, Wherever you have been or will be, you will always have the Fire to Carry us deftly to new heights and to the future. We will miss you. May you Rest In Peace.”

US President Joe Biden said that while Collins “may not have received equal glory,” he was “an equal partner, reminding our nation about the importance of collaboration in service of great goals.”

Born in Rome in 1930 to a US army officer serving as a military official there, Collins went on to become a fighter pilot and test pilot with the air force.

He applied to NASA after being inspired by John Glenn, the first American to orbit the Earth, and was selected to be an astronaut in 1963.

Collins’ first spaceflight was on the Gemini 10 mission, where he made a then record-breaking two spacewalks.

But he is best known for being a member of the Apollo 11 mission when, on July 20, 1969, his crewmates Neil Armstrong and Buzz Aldrin took their giant leaps for mankind. Remarking on Collins’ role, a NASA press officer would later tell reporters: “Not since Adam* has any human known such solitude.” Collins spent half a century trying to debunk* that myth.

“I would enjoy a perfectly enjoyable hot coffee, I had music if I wanted to,” he said at a 50th anniversary event in 2019.

“Good old Command Module Columbia had every facility that I needed, and it was plenty big and I really enjoyed my time by myself instead of being terribly lonely.”

He was worried, however, that Armstrong and Aldrin might not make it back alive – remarking once that being the mission’s sole survivor would have made him “a marked man for life.”

VIDEO: Michael Collins on Apollo 11 for the 50th anniversary celebrations in 2019

Ultimately, Apollo 11 was a success and after the crew splashed down in the Pacific, they went on a worldwide tour, at the end of which they were all awarded the Presidential Medal of Freedom. 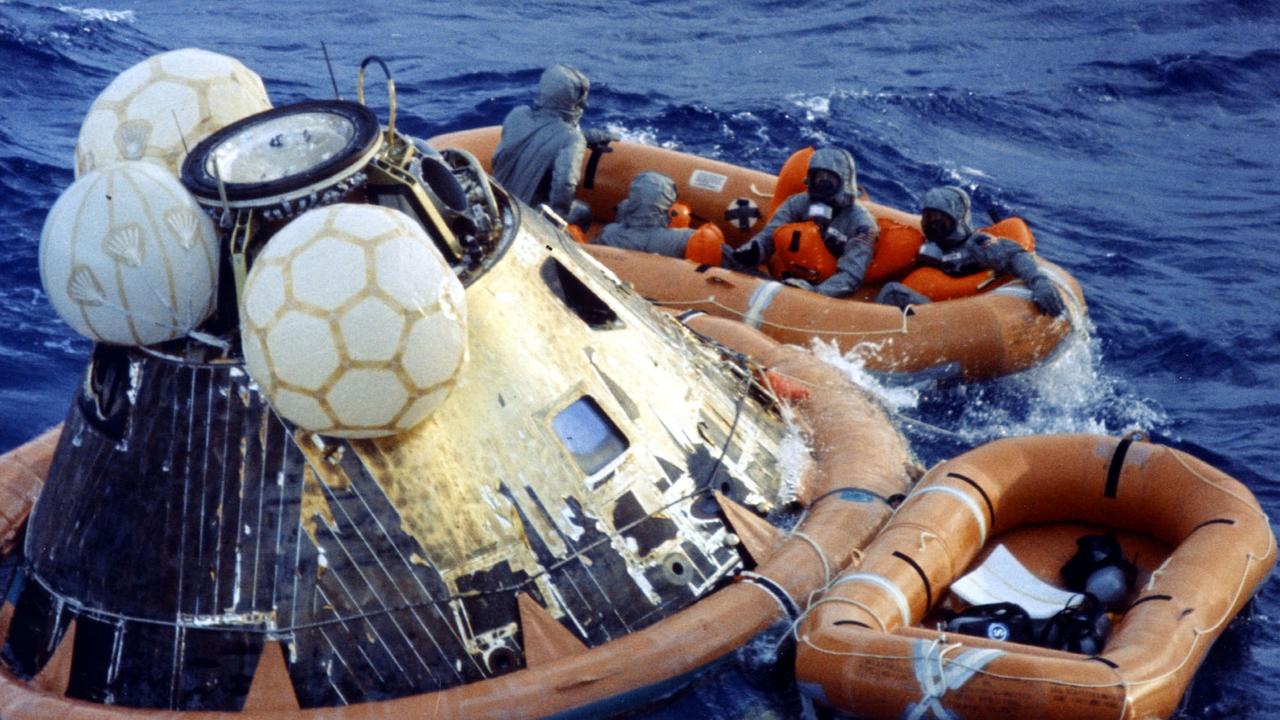 Collins would go on to say the Moon mission forever changed his perspective, impressing upon him the fragility* of our home planet and the need to protect it.

“When we rolled out and looked at (the Moon), oh, it was an awesome sphere,” he said at a 2019 event at George Washington University.

But “as magnificent as that was, as impressive, and as much as I will remember that, that was nothing, nothing compared to this other window out there,” he continued.

“Out there was this little pea about the size of your thumbnail at arm’s length: blue, white, very shiny, you get the blue of the oceans, white of the clouds, streaks of rust we call continents, such a beautiful gorgeous tiny thing, nestled into this black velvet of the rest of the universe.”

“Hey, Houston, I’ve got the world in my window,” he told mission control. 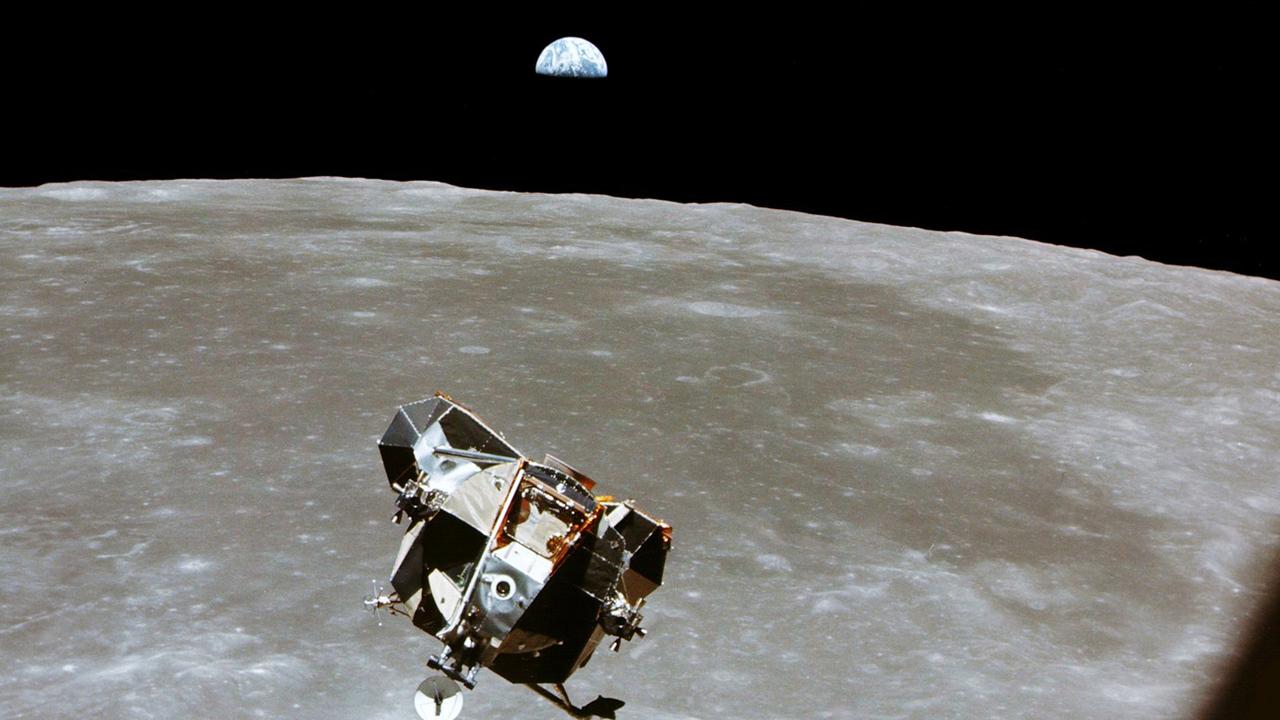 With a half-Earth in the background, the lunar module leaves the surface of the Moon and ascends towards Apollo Command Module, controlled by Michael Collins. Picture: NASA/Newsmakers

Collins turned down an offer to command his own Moon mission and went on to become a diplomat*, serving as US assistant secretary of state for public affairs.

He later became the first director of the National Air and Space Museum in Washington, and wrote several books on space including his well received autobiography “Carrying the Fire.”

“I lead a quiet life. I’ll be walking along down my street at night, when it’s starting to get dark and I sense something over my right shoulder and I look up and see that little silver sliver up there and think, ‘Oh that’s the Moon. I’ve been there!

Lift-off! Life on-board the journey to the Moon

CLASSROOM ACTIVITIES
1. Looking back at Earth
Michael Collins wrote a description of what the Earth looked like from his space capsule.

Find the description in the story. Create an artwork, story, poem, song, piece of music or any other type of creative work or craft that is inspired by his words.

2. Extension
Describe the qualities that make Michael Collins a great role model for kids your age.

Have fun acting out your punctuation