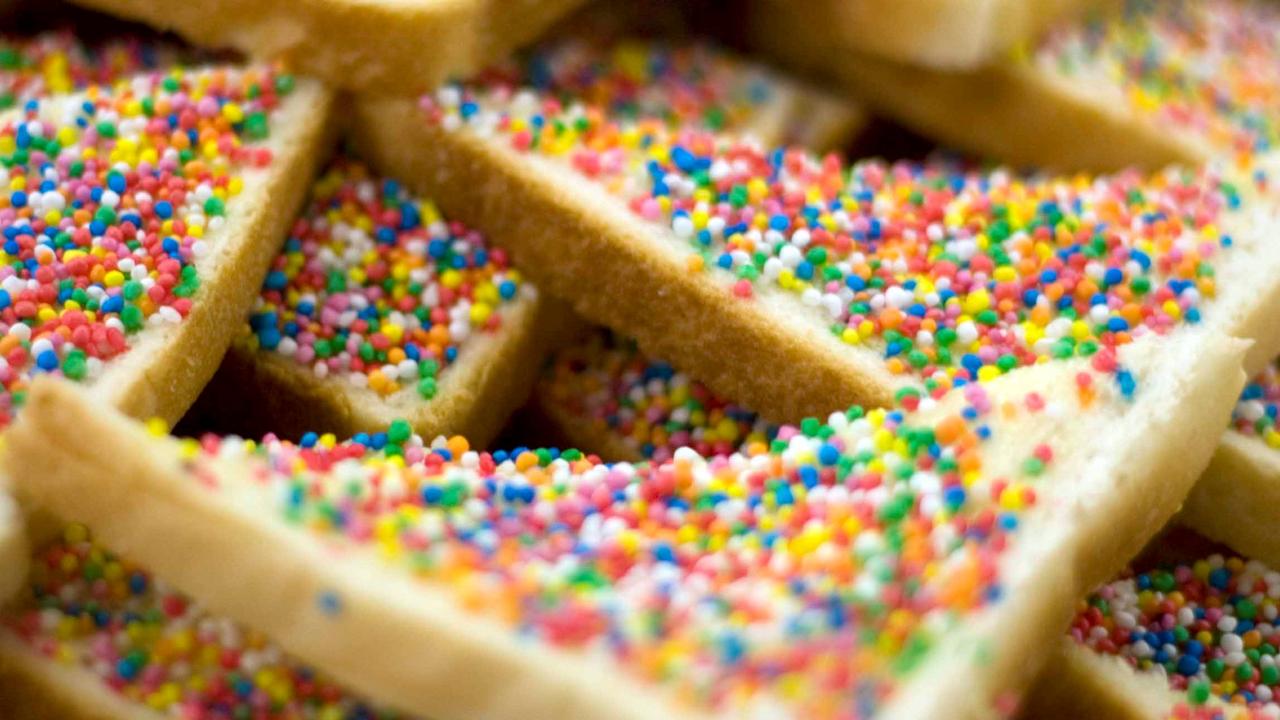 Buttered white bread with 100s and 1000s has been a birthday party staple for generations.

Fairy bread — an Australian invention and the essential* birthday party food of generations of kids — turned 90 this week.

Sliced bread, buttered and sprinkled with 100s and 1000s, was first written about on the pages of the Mercury newspaper on Anzac Day 1929. 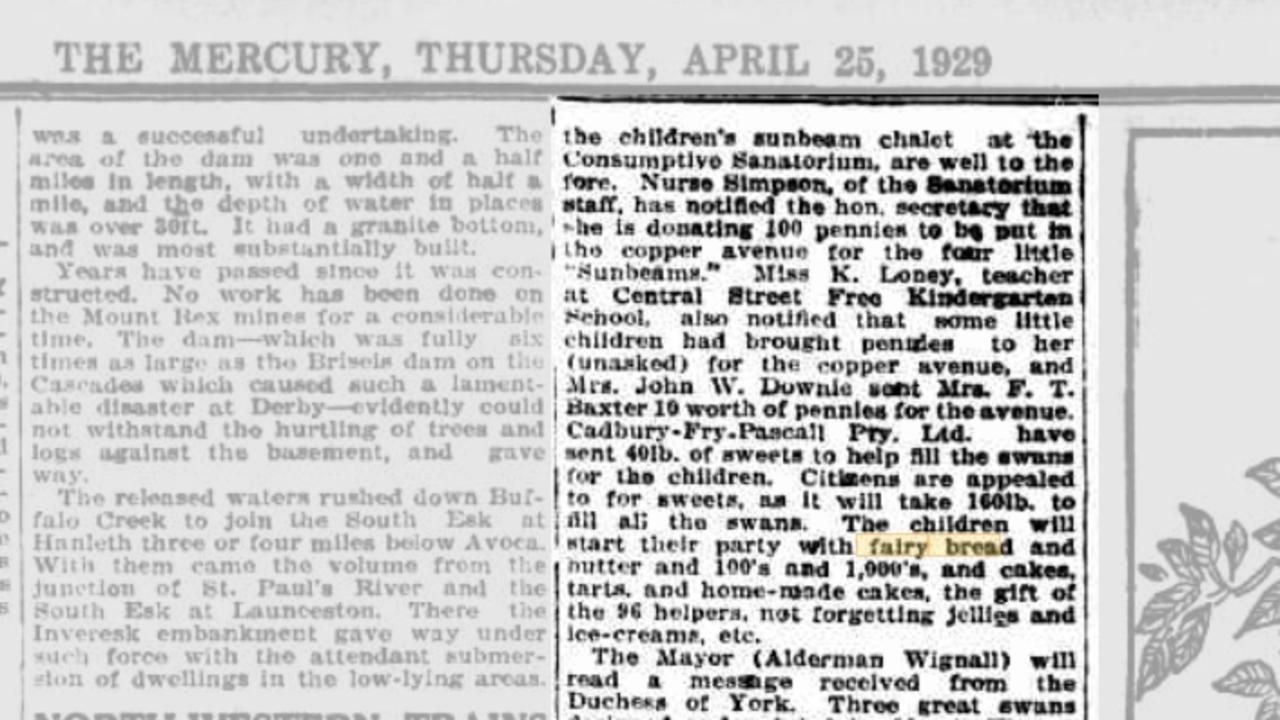 The Mercury newspaper from Thursday April 25, 1929. This is considered the first time that Australian children’s party food fairy bread is mentioned with name and description in print.

This mention allows Tasmanians to add this sugary treat to a long list of other world-changing inventions claimed by the island state.

These inventions include the airplane black-box recorder and the lifesaving humidicrib for ill and premature* babies. Tasmania was also the first state in Australia to experiment with the telephone, just one year after Alexander Bell invented it in the US in 1876.

The Mercury newspaper mention of fairy bread was in a report of the menu for a children’s party for ill children who were patients at the Consumptive Sanatorium at New Town, Hobart. Consumption was a word usually used to describe a serious disease called tuberculosis. A sanatorium is an old word for hospital. Local historian Reg Watson specialises in researching Tasmanian firsts, inventions and innovations*. And though he had, until now, overlooked fairy bread, he was not surprised to learn this party specialty* came from Tasmania.

“Tasmanians per head of population for Australia leads the nation in being innovative and inventive,” he said.

“Many innovations that the world takes for granted have a Tasmanian origin.”

VIDEO: How to make fairy-bread-inspired lamingtons

Other household names or items that began in Tasmania are the Alexander technique (for breathing, posture and healthy movement) and the Australia-wide charity Legacy, which helps families suffering after the injury or death of a spouse or parent, during or after their defence force service

Tasmania was also the first to legalise* casinos, is home to the country’s first bowling green and golf course and has the oldest continuously operating theatre.

“The ingenuity* of Tasmanians is not appreciated,” Mr Watson said.

“It’s like so many things we don’t know have its origins in Tasmania. And we should take much more pride in who we are and what we have accomplished*.

“It doesn’t matter how small or insignificant* it is, it’s still important.” 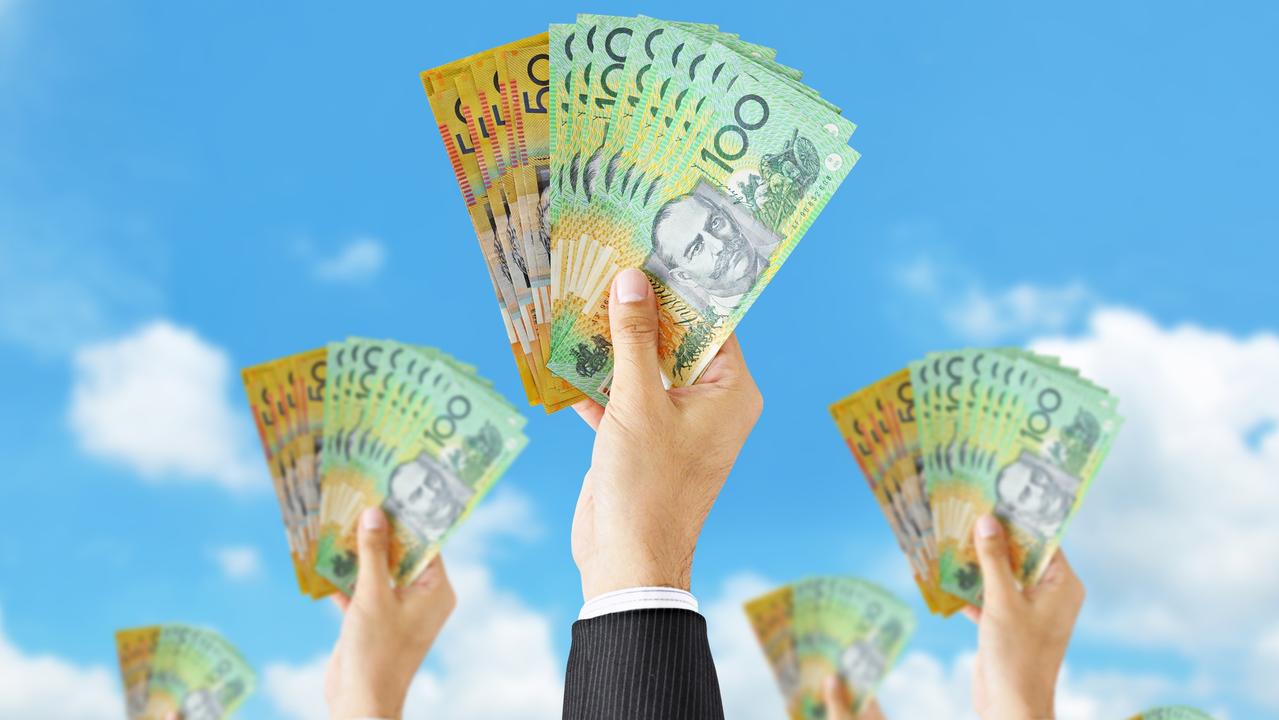 Australia is a rich source of new ideas, including polymer (plastic) bank notes. These were invented in Australia and are now being used by other countries.

Vegemite icypoles — a cool idea or not?

World’s most disgusting food on show

CLASSROOM ACTIVITIES
1. Pick the Best
Think about all of the inventions mentioned in today’s story. Which ones do you think are the most important? Write a list of the top five inventions, in order. Next to each invention write sentences explaining why you chose it and why it is so important.

2. Extension
Create a new and yummy birthday party treat! Write a recipe or a description of the treat and draw it. Don’t forget to give it a name. Then, design a poster advertising your treat.

HAVE YOUR SAY: What is your favourite birthday party food? Would you choose fairy bread for your birthday?
No one-word answers. Use full sentences to explain your thinking. No comments will be published until approved by editors.