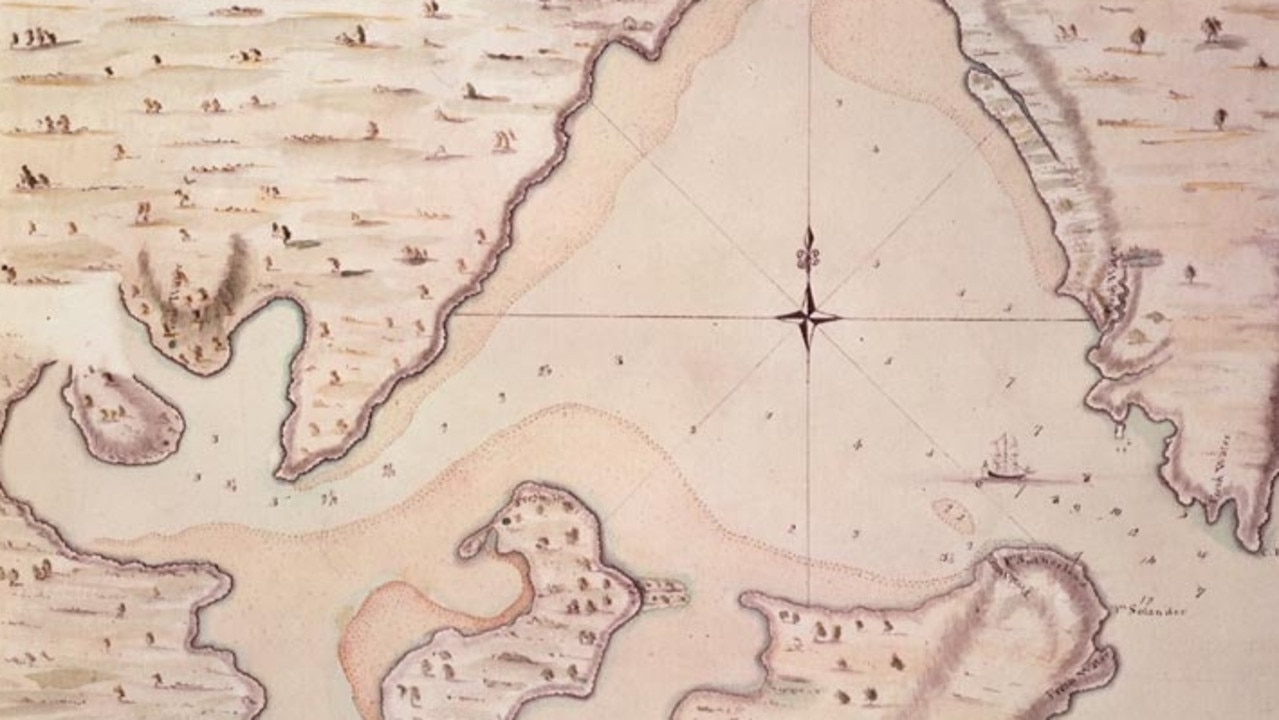 Part of a map of Botany Bay included in Cook’s journal of the Endeavour voyage. Source: State Library NSW

Kids News explores who Cook was, why he came to Australia, what he and his crew did while they were here and why his arrival is celebrated by some but lamented* by others.

WHO WAS JAMES COOK?
James Cook was born in England in 1728. His father was a farmer and the man his dad worked for paid for young James to go to school for five years.

He joined the British Royal Navy at the start of the Seven Years War in 1756 and became an expert map maker, or cartographer. WHY DID HE COME TO AUSTRALIA?
Important people and scientists noticed how good Cook’s maps were.

After the war he was given a special mission by the Royal Navy and the Royal Society of London, a very old British group or club of top scientists who work to understand the world.

The then Lieutenant Cook (later Captain) was to command a ship called HMB Endeavour, with instructions to chart the path of Venus across the Sun at the equator. The scientists hoped this would help them calculate the distance of the Sun from Earth.

Endeavour was a small, sturdy timber sailing ship that had been designed to carry coal. It wasn’t fast but it could carry a lot of supplies for a long journey. Interior below decks of a full-size replica of the HMS Endeavour.

Cook left on the first of three voyages to the Pacific on August 26, 1768.

After visiting Tahiti and observing Venus, he charted New Zealand and continued on hoping to find a big land that some Europeans believed to exist. Some people called this land Terra Australis Incognita, which is Latin for unknown southern land.

He first sighted the east coast of Australia on April 20, 1770 at Point Hicks, in Victoria’s East Gippsland, near the border with NSW.

The Endeavour sailed north along the NSW coast and Cook came ashore at Botany Bay (now a suburb 13km south of the Sydney city centre) on April 29, 1770. The replica of HMS Endeavour, moored at the Australian National Maritime Museum in Sydney, NSW.

WHAT DID HE AND HIS CREW DO HERE?
Cook and his crew landed at Botany Bay’s Inscription Point, staying in the area for eight days.

The Botany Bay area is in the indigenous country of the Gweagal and Bidjigal peoples of the Dharawal Eora nation. According to Cook’s journal, Cook’s landing party was met by two Gweagal men with spears. Attempts to communicate with them failed, so Cook’s men fired their guns to allow them to land safely. After one of their men was shot and injured, the Gweagal retreated.

Cook and his men then entered the Gweagal camp. They took artefacts, including a number of spears, and left trinkets* in exchange.

There was little interaction between the visitors and the local people before Endeavour sailed away.

Cook wrote in his journal: “All they seem’d to want was for us to be gone.” One of the men aboard the Endeavour was Joseph Banks. He was one of the main sponsors of the voyage and the Royal Society’s representative. Banks brought a team of nine people and lots of scientific equipment on the journey to help him study plants, animals and people.

Banks is said to have asked for the ship to spend longer at Botany Bay to collect and document plants and animals.

In total, Endeavour spent just over four months charting the east coast of Australia from Point Hicks to Possession Island in Torres Strait, including seven weeks ashore at what is now Cooktown repairing damage from hitting coral on the Great Barrier Reef.

While ashore, the Endeavour crew established a good relationship with the local Guugu Yimithirr people, although Cook’s refusal to share with his hosts any of the turtles his men had captured caused serious offence. A plaque on a statue commemorating James Cook, whose Endeavour was repaired here after running aground on the Great Barrier Reef in 1770. Picture: Marc McCormack

WHAT HAPPENED AS A RESULT OF HIS VISIT?
On August 23, 1770 Cook climbed the summit of Possession Island and claimed the east coast of the Australian continent for Britain.

In his journal, Cook stated: “ … the Country it self so far as we know doth* not produce any one thing that can become an Article in trade to invite Europeans to fix a settlement upon it …”

Britain, however, was poor and the jails were overcrowded. Despite Cook’s poor review of how useful Australia could be, Britain sent the First Fleet to establish New South Wales as a penal colony* 18 years later.

WHAT ELSE DID COOK DO?
After claiming the east coast of Australia for the British, Cook led two other expeditions. The 1772-1775 expedition in the Resolution was to circumnavigate* Earth as far south as possible to find out whether a great southern land, Terra Australis, actually existed. He found that it didn’t, but predicted that Antarctica did exist.

His third and final voyage (1776-1780), again on the Resolution, was to discover the Northwest Passage, a sea route between Norway, Siberia and the Canadian coast.

Ice prevented the sailors from completing the journey to know for sure whether the Northwest Passage existed.

On the return voyage, Cook was killed on February 14, 1779 during fighting with locals in Hawaii. Part of a painting called “Death of Captain Cook” by George Carter.

Endeavour, the ship from Cook’s first voyage, was sold in 1775, renamed Lord Sandwich 2 and was used to transport British soldiers during the American War of Independence. It was sunk off Rhode Island, US, in 1778.

After an expedition in 2019, deep sea explorers are fairly certain they have found the wreck.

WHY DO PEOPLE DISAGREE ABOUT COOK?
People mostly agree that Cook was a brilliant cartographer, contributed a lot to our scientific and geographic understanding of the world and was a good leader.

There is a lot of disagreement about whether Cook’s arrival at Botany Bay in 1770 is something to celebrate or lament*, depending on which way you look at what has happened to Australia since.

Millions of people have come to live in Australia from elsewhere in the world in the years since the First Fleet arrived in 1788, some escaping poverty or war and transforming their lives for the better.

However, in that time, many of Australia’s First Peoples haven’t been so fortunate. Aboriginal people have faced illness from diseases brought from overseas, violence (and, often, death) as white people pushed them off traditional lands, and racial discrimination, for a long time being denied many important rights non-Aboriginal people have in Australia.

There are lots of reasons to be sad and embarrassed about Australia’s history (particularly the treatment of our First Peoples). There are also some reasons to celebrate it.

Write ‘Reasons to …’ as the title for your page.

Draw a two-columned chart, label one side CELEBRATE and the other side LAMENT.

What could have been done differently by Cook on that visit to Australia to help make Australia’s history something to be proud of?

2. Extension
Cook had a long and interesting career. Draw a timeline of his life starting when he was born in 1728 and ending in 1779 when he died. Some events you will have exact dates for and others will not be exact (for example, we were not told the dates of the 5 years he went to school but we can place it around other events we know of). You will have to research the dates of the Seven Years War.

Make sure you space the events out on an appropriate scale along your timeline.

Include a map of the world and mark in the places that Cook visited during his career.

VCOP ACTIVITY
Through Someone Else’s Eyes
Imagine you are a crew member onboard the Endeavour, or an Aboriginal person living near Botany Bay. Write from the point of view of this character. Include what you saw, who was there, where you were and how you felt about all that was happening during that time.

HAVE YOUR SAY: Is Cook’s arrival something you celebrate or lament, or both?
No one-word answers. Use full sentences to explain your thinking. No comments will be published until approved by editors.