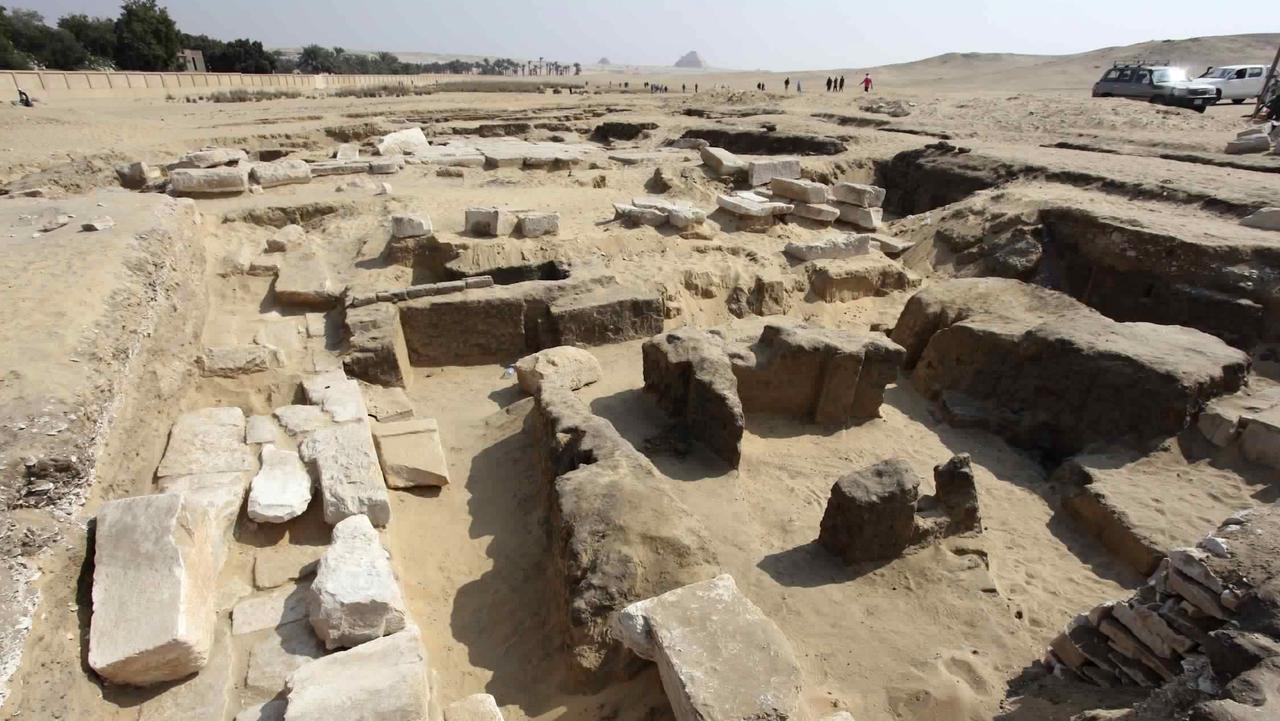 Archaeologists* in Egypt have discovered the remains* of an ancient temple belonging to King Ramses II — often regarded as the greatest and most powerful pharaoh* of the Egyptian Empire.

The discovery was made near the famous step pyramid of Saqqara in the village of Abusir southwest of Cairo by an Egyptian-Czech team.

Head of the Czech researchers Miroslav Barta said the temple is the only evidence of Ramses II in the Badrashin area in Giza — part of greater Cairo.

The temple was 32m by 52m in dimension, with a large forecourt and two identical storage buildings either side of the complex. 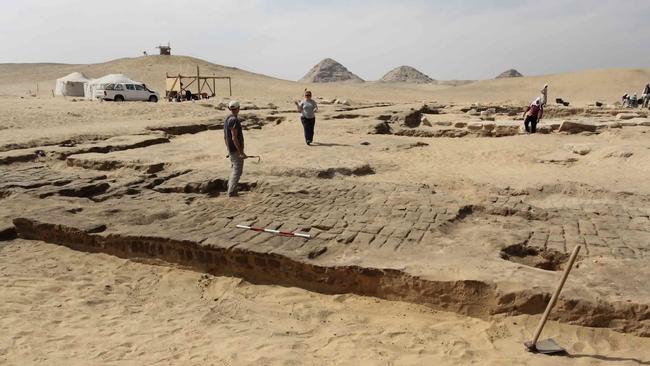 The remains of a recently discovered temple for King Ramses II. Picture: Egyptian Ministry of Antiquities via AP

There was also a ramp or staircase leading to an elevated stone sanctuary at the rear of the court, which researchers believe was lined with stone columns.

“The remains of this building, which constitutes the very core of the complex, were covered with huge deposits of sand and chips of stone,” Professor Barta told news website Ahram Online.

Prof Barta said as well as finding evidence of King Ramses II, they found engravings* connected to solar deities* such as Re, Amun and Nekhbet.

“The discovery of the Ramses II temple provides unique evidence on building and religious activities of the king in Memphis area and at the same time shows the permanent status of the cult of sun god Re who was venerated* in Abusir since the 5th Dynasty and onwards to the New Kingdom,” he said. Ramses II’s great temple in the south of Egypt.

Archaeologists believe the complex was built between 1213 and 1279BC.

The fame of Ramses II has long been attributed to his massive building program, which saw a number of huge statues commissioned.

Dubbed* Ramses the Great by the Egyptologists of the 19th century, he is also known for fathering more children than any other pharaoh.

His reign from 1279 to 1213BC is considered the last peak of Egypt’s imperial* power.

Activity 1.
List all of the things that the archaeologists have found.
Include the size and features of each item.

Think carefully about what the archaeologists have found.
Use your list to create a design of what you think the temple might have looked like.
Don’t forget to include labels to explain the features of the temple.
Use colour.

Why is Ramses II “great”?
List the information in the story that tells you this. Then, rank each piece of information from most important (what really makes a leader great) to least important.

In the story you read about the gods Re, Amun and Nekhbet.
What do you know about Ancient Egyptian religion?
Find out more about their gods and goddesses.

Use the information that you have found to create a picture book for your class about Egyptian gods.
Your book should be six pages long.
Each page should be about one god or goddess.

Some words have more than one meaning, so it’s important to check you’ve got the meaning right when up-levelling your work with a thesaurus.

Change the meanings of complex and dimension.

Can you create a sentence using each of these words in a different context?

Can you write a new glossary definition to match the way you just used the words?

Extension:
Challenge a partner to change the context of other words in the article.
Write them down and swap with a partner.