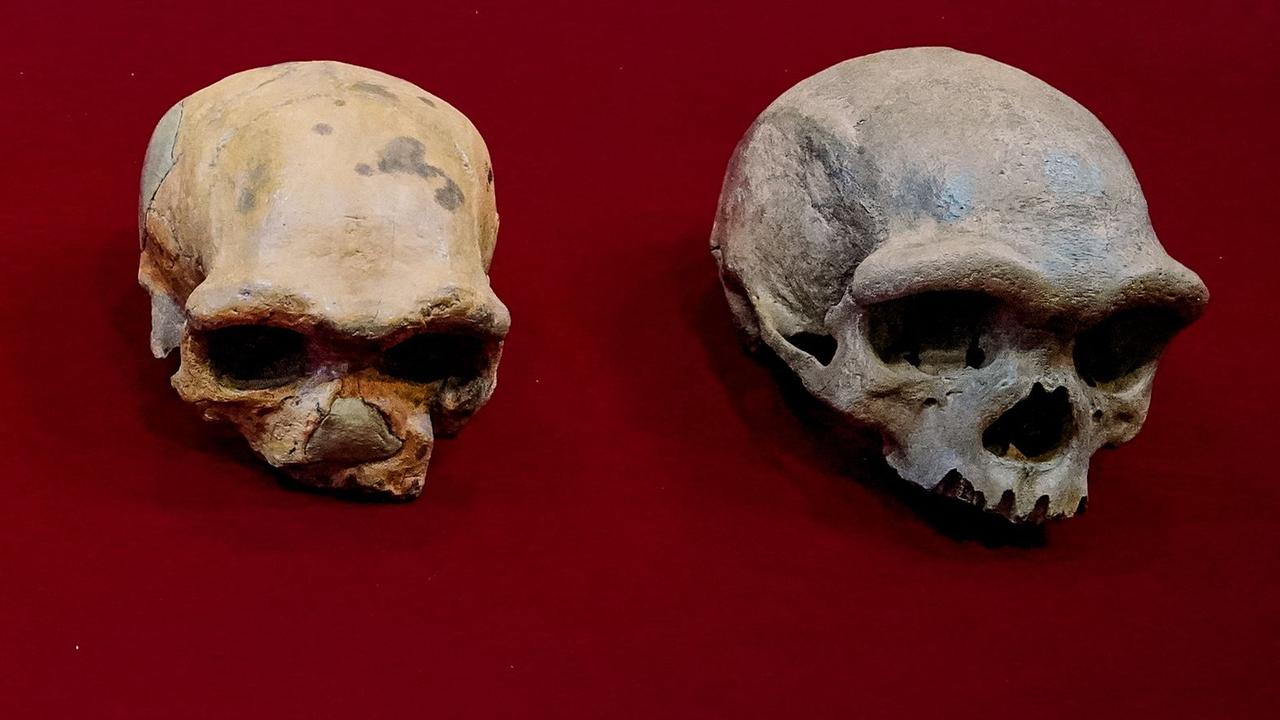 The ”Dragon Man” skull on the right is noticeably larger than those of other recovered species featured in a line-up of skulls by the researchers. Picture: AFP

A skull preserved almost perfectly for more than 140,000 years in northeastern China represents a new species of ancient people more closely related to us than even Neanderthals* – and could fundamentally change our understanding of human evolution, scientists announced on June 25.

It belonged to a large-brained male in his 50s with deep set eyes and thick brow ridges. Though his face was wide, it had flat, low cheekbones that made him resemble modern people more closely than other extinct members of the human family tree.

The Harbin cranium* was first found in 1933 in the city of the same name but was reportedly hidden in a well for 85 years to protect it from occupying* Japanese forces at the time. A virtual reconstruction of the Harbin cranium. Picture: AFP

The findings were published in three papers in the journal The Innovation.

“While it shows typical archaic* human features, the Harbin cranium presents a mosaic combination of primitive and derived* characters, setting itself apart from all the other previously named Homo species,” said lead researcher Professor Qiang Ji, from Hebei GEO University.

“Dragon Man” probably lived in a forested flood-plain environment as part of a small community.

Given the location where the skull was found, as well as the large-sized man it implies, the team believe Homo longi may have been well adapted for harsh environments and would have been able to disperse* throughout Asia. 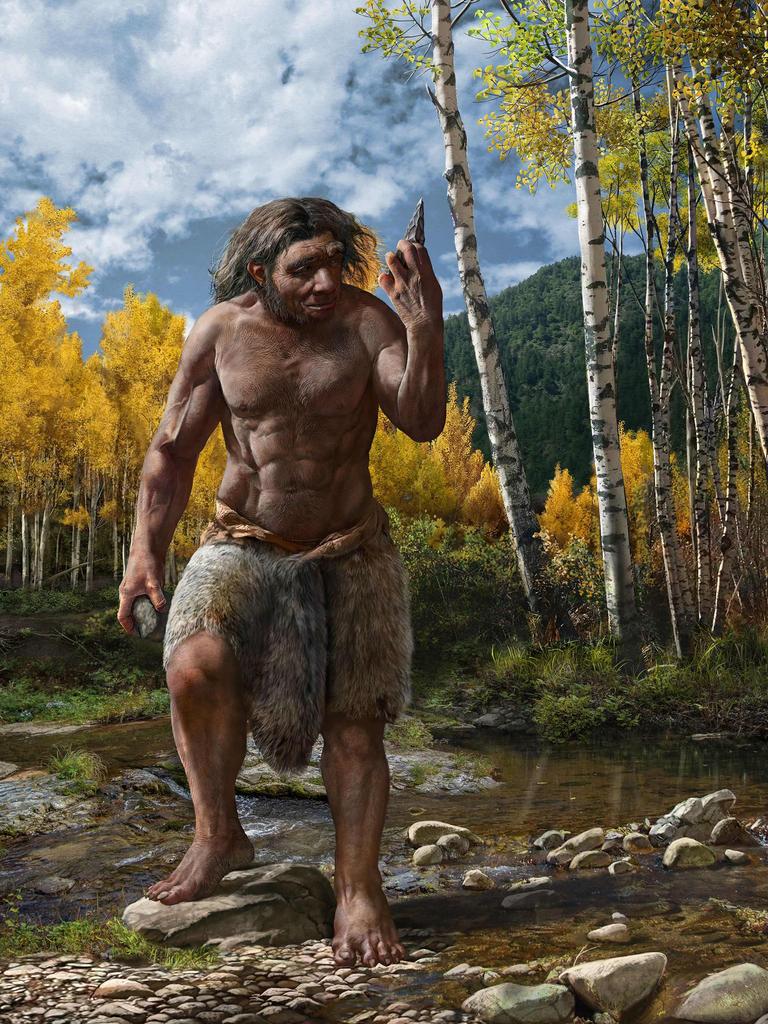 A reconstruction of “Dragon Man” in his habitat. The newly discovered human species could replace Neanderthals as our closest relatives. Picture: AFP

Researchers studying the cranium identified over 600 traits* they fed into a computer model that ran millions of simulations* to determine the evolutionary history and relationships between different species.

The other findings include a fossilised skull from the Chinese province of Dali that is thought to be 200,000 years old and was found in 1978, and a jaw found in Tibet dating to 160,000 years ago.

More than 100,000 years ago, several human species coexisted across Eurasia and Africa, including our own, Neanderthals and Denisovans, the latter a recently discovered sister species to Neanderthals.

But Neanderthals and Denisovans were genetically closer to each other than to sapiens, while the new study suggests Homo longi were more anatomically* similar to us than Neanderthals.

CLASSROOM ACTIVITIES
1. Make or draw a skull
Use a modelling material such as playdough to make (or draw with paper and pencils) a model of the “Dragon Man” skull. Then make (or draw) a Homo sapiens skull. Write down three things that you notice are similar about the skulls and three things that are different.

2. Extension
Add a Neanderthal or Denisovan skull to your collection of models. How is it similar or different to the Homo longi and Homo sapiens models you made?

VCOP ACTIVITY
A Day in the Life of “Dragon Man”
“Dragon Man” probably lived in a forested flood-plain environment as part of a small community.

Given the location where the skull was found, as well as the large-sized man it implies, the team believe Homo longi may have been well adapted for harsh environments and would have been able to disperse throughout Asia.

Using the facts from the article, create a short narrative story about a day in the life of “Dragon Man”.

Include the setting from the article, as well as reference to his large size, and what that could mean he was possibly good or bad at in his community.

Add to the story as much as you like to make it interesting and engaging. Include WHO, WHAT, WHEN, WHERE and WHY to give the reader details about his life.

Use varied and engaging openers, and see if you can use a power opener (‘ly’ word, ‘ing’ word or connective).