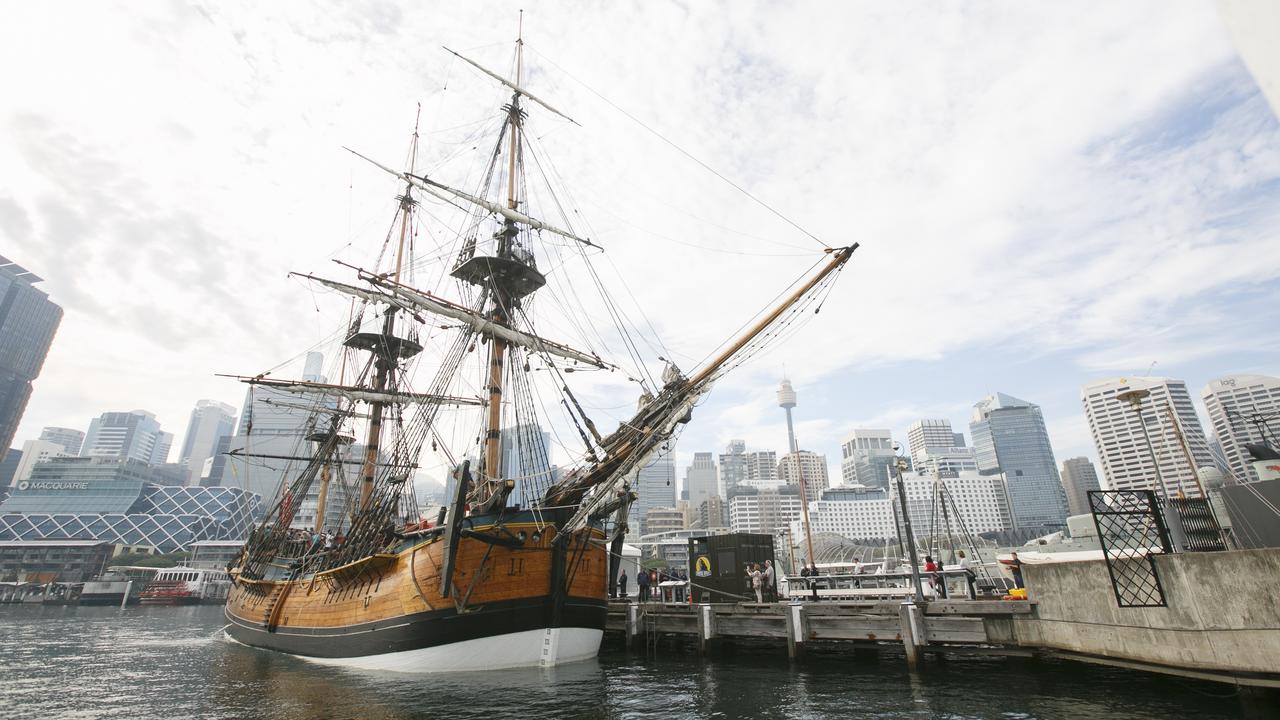 Captain James Cook’s Endeavour and the impact its arrival had on Australia’s Indigenous peoples will be the focus of a new national travelling exhibition unveiled today.

Minister for Communications and the Arts Paul Fletcher and the Minister for Indigenous Australians Ken Wyatt launched the project, called Encounter 2020.

Through a series of exhibitions and events around the country, Encounter 2020 will commemorate the 250th anniversary since Captain Cook arrived in Botany Bay and went on to chart the east coast of Australia. Central to it will be the lasting impact that arrival had on Australia’s First Peoples and in shaping the country’s future.

Cook’s arrival remains contentious* in parts of the Indigenous community.

Speaking at the Australian National Maritime Museum, which has devised the program, Mr Wyatt said: “Cook’s visit in 1770 is not viewed by all Australians in the same way.

“For some, it represents a unique and important scientific journey of discovery and, for some, the legacy of the voyage symbolises loss of country, language and culture.

“It is important that messages reflect both perspectives — the view from the ship and the view from the shore. Both are not a contested history — it is a shared history of our nation’s point in time from which we emerge on a journey that realised the way in which we live today. Truth telling to me is not a contest. It is an acceptance that there can be shared stories in both Indigenous and non-Indigenous communities.”

He said he hoped healing would come from the program, as Australians learn more about their shared history.

“Healing that results from acts of truth-telling cannot be quantified* … and can lead to significant moments of reconciliation into the future,” he said. As part of the initiative, the replica of Endeavour will undertake a circumnavigation* of Australia, which will involve communities around the country as it continues on its voyage. It will be accompanied by a travelling exhibition, which will set up in each of the 26 ports the ship visits.

Also speaking at the launch, Mr Fletcher said: “Marking 250 years since Captain James Cook’s first Pacific voyage will allow all Australians to reflect on, discuss and re-evaluate the lasting impact that this has had on us all.”

The Prime Minister, who was due to launch the program, passed on his apologies for his non-attendance.

Mr Fletcher said the PM was committed to the project not only because he is the member for the electorate of Cook “but more importantly as a Prime Minister determined to bring Australians together including through a shared recognition of important milestones in our history, including, of course, a shared reflection on the meaning of those milestones for both Indigenous Australians and those more recently arrived”.

He said Cook’s voyage “added enormously to knowledge of geography, of navigation and of science”.

“We’ve long recognised and given up the idea that Cook discovered Australia, that is a flawed idea. He did not. Our country has a 60,000 year human history.”

He said the anniversary was an opportunity for “all Australians to come together around our shared history to learn more about the journey itself but also time to reflect on our 60,000 years of Indigenous history which is so much a part of modern Australian identity.

“This program should act as a spur of our own discoveries and our own scientific advancement.” Minister for Communications and the Arts Paul Fletcher, Indigenous storyteller Alison Page and the Minister for Indigenous Australians Ken Wyatt at the launch. Picture: David Swift

Addressing concerns around the project and the possibility of controversy about it within the Indigenous community, Museum CEO and Director Kevin Sumption said: “It is the nature of historical study to always investigate with new eyes and seek out all points of view.

“As a cultural institution we believe it is our role to continually analyse our history and broaden our country’s knowledge. In the 250 years since Cook arrived we have primarily looked at it from one perspective, that from the ship. We want to take this opportunity to also to look at it from the perspective of the First Australians on the shore.

“As the custodians* of the Endeavour, we understand that the ship is a symbol that elicits* strong feelings — but it is important that we hear and listen to the voices and stories, we know they are difficult conversations but they are conversations we have to have. We are working with communities around the country to find ways for them to express their views safely and respectfully.”

Encounter 2020 will include a travelling exhibition called “Looking Back, Looking Forward”, showcasing some of the museum’s collection of contemporary works by Aboriginal and Torres Strait Islander artists — responding to the symbolic nature of Cook, and other encounters with strangers that occurred on their shorelines over many years.

Throughout 2020, the museum will host several other exhibitions at its Darling Harbour home in Sydney aimed at bringing to life differing perspectives from those on-board the ship and those on the shore.

At all of the 26 ports on the Encounter 2020 circumnavigation, visitors can board Endeavour and experience what life was like for Cook and his crew. Also on board are items that encourage individuals to reflect on the moments of first contact with Aboriginal and Torres Strait Islander peoples. Indigenous storyteller Alison Page, who is an adviser to the Australian National Maritime Museum, with the replica Endeavour behind her. Picture: David Swift

CLASSROOM ACTIVITIES
1. What do you think?
Should the 250th anniversary of Captain Cook’s landing be commemorated? Write down a list of reasons for, then write a list of reasons against. Use ideas and information from your lists and today’s story to write a piece of persuasive writing giving your opinion.

VCOP ACTIVITY
A bird’s-eye view
The crow’s nest on a ship is a structure in the upper part of the main mast. It is the best view for lookouts to spot approaching hazards, other ships or land. Your job during the circumnavigation around Australia by the replica of Endeavour is to sit up in the crow’s nest, with a go-pro and film the trip.

Pick one day in your trip to write a journal home to your classmates telling them about what happened.

Think about where you are positioned on the ship. Is it comfortable? What did you see? How did you feel? What was the weather like?

HAVE YOUR SAY: Do you think this is a good way to commemorate the 250th anniversary of Cook’s arrival in Australia?
No one-word answers. Use full sentences to explain your thinking. No comments will be published until approved by editors.